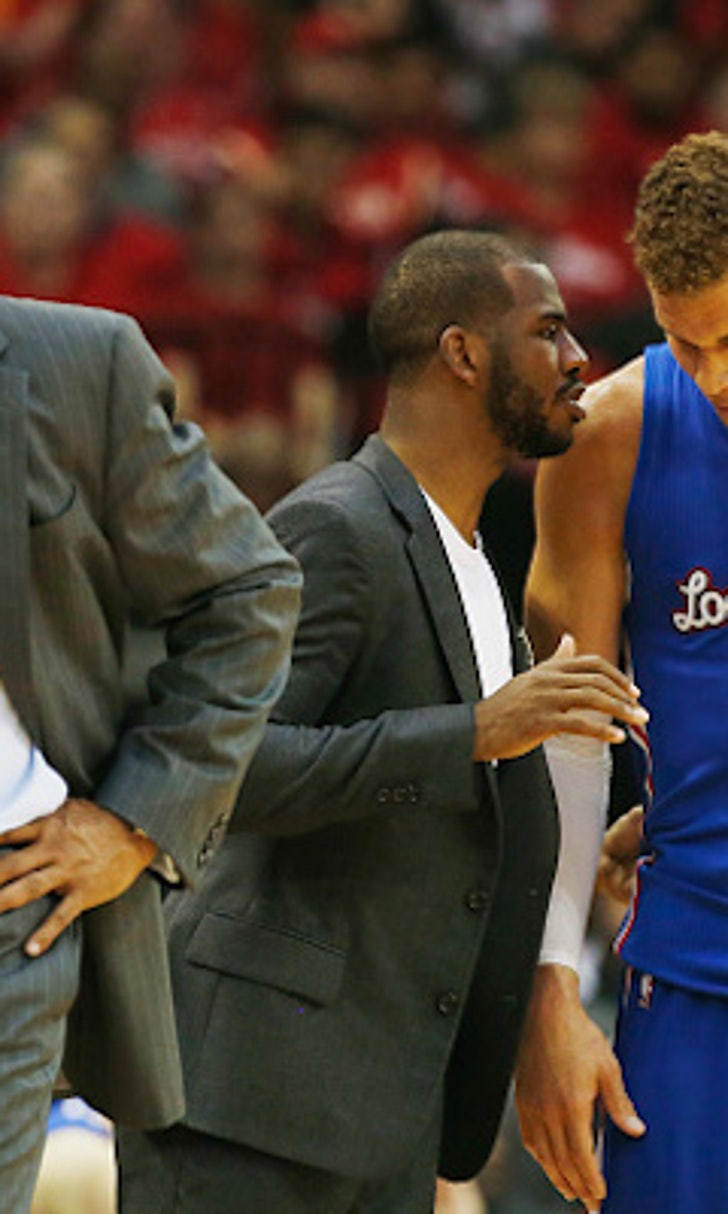 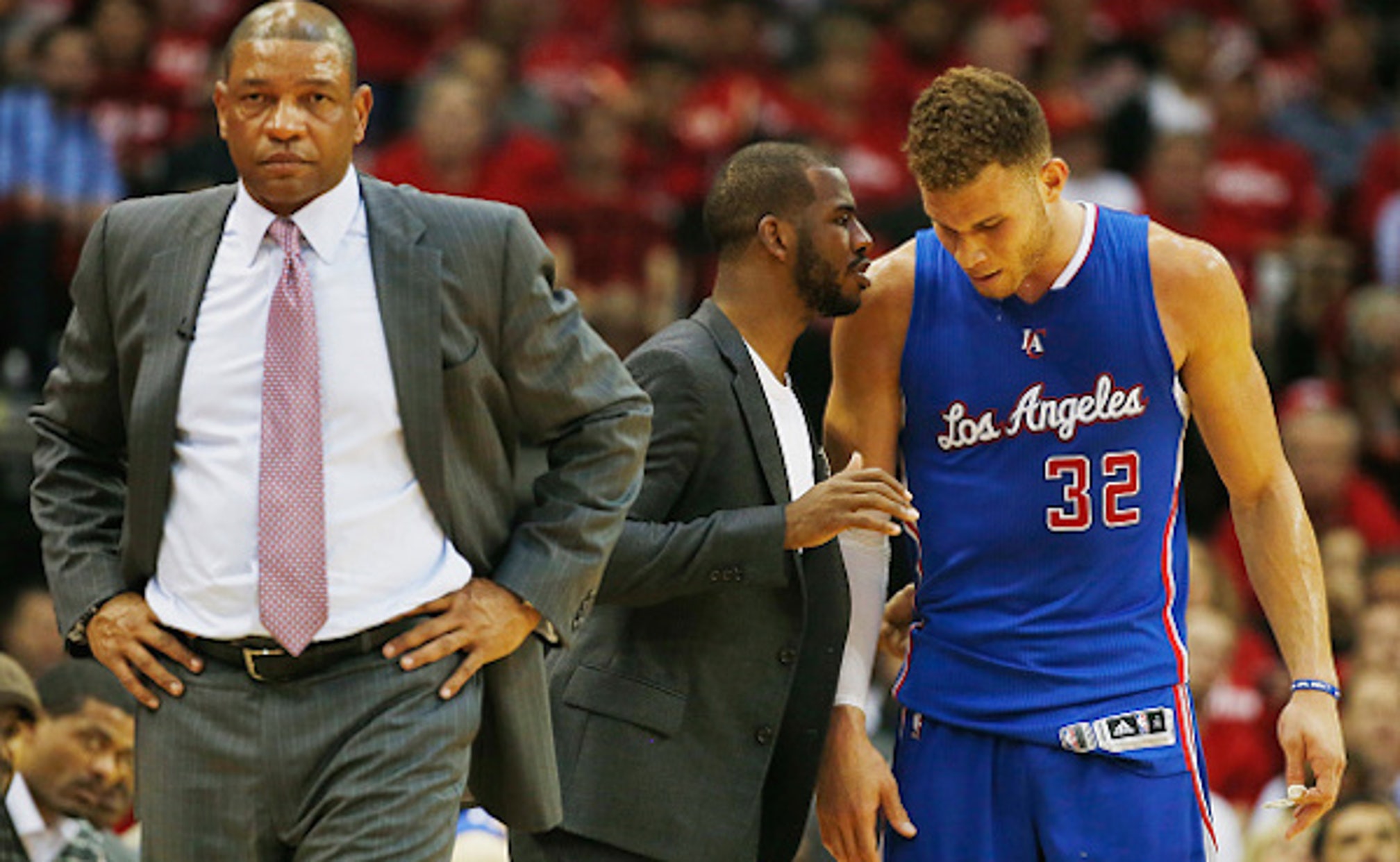 Doc Rivers relied too much on Blake Griffin isos in loss 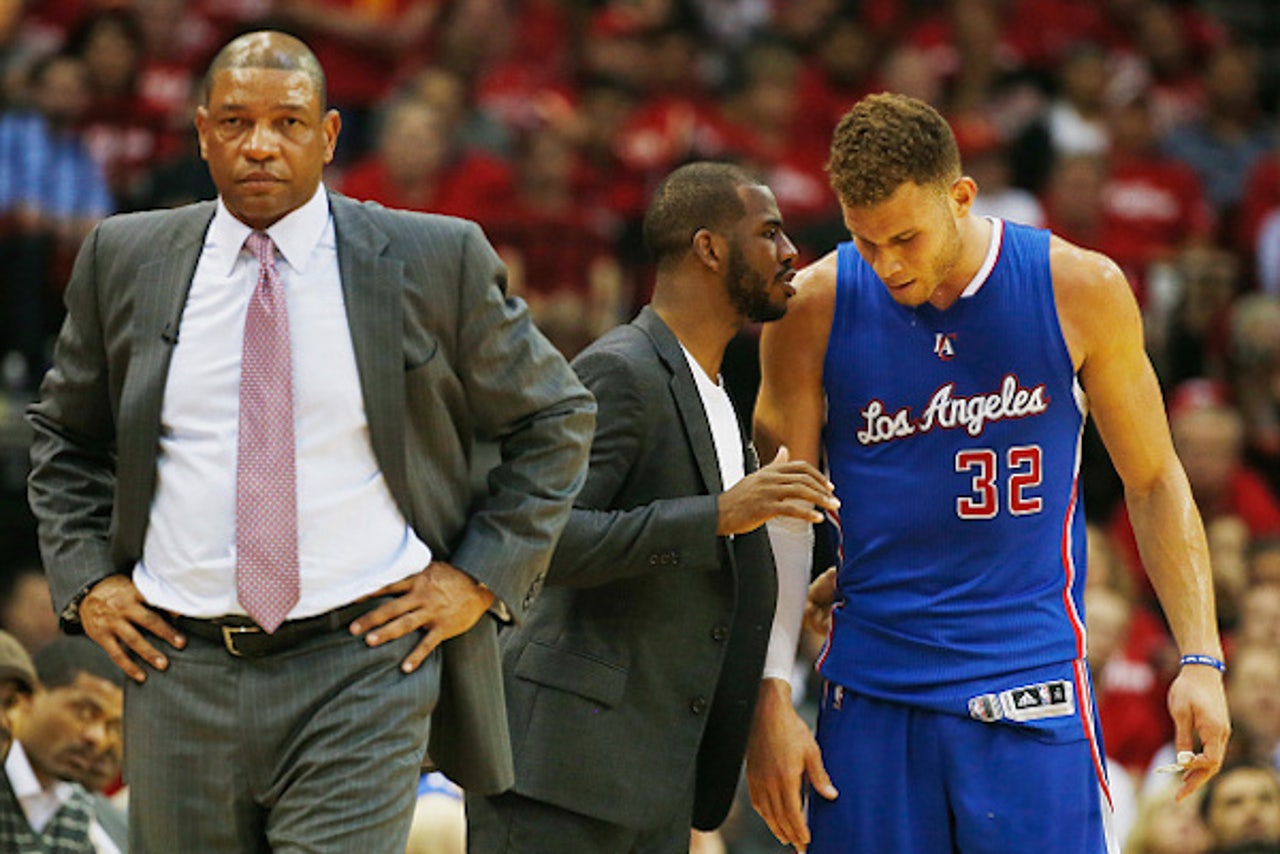 Doc Rivers is a rather well-regarded designer of sets. You can see the evidence of his brilliance after each timeout. His teams have wonderfully constructed spacing, a pass or two is made, all of which usually results in some easy points for his Los Angeles Clippers. He is so good at doing that, in fact, that he might be the best in the NBA.

That doesn’t mean he is beyond reproach, however. Every coach makes mistakes, even crazy-good coaches — sometimes in the middle of January. Other times, however, coaches falter in Game 2 of a conference semifinal. Enter Rivers.

It started simply enough. Without Chris Paul for another game, Doc watched a first half that had Blake Griffin going absolutely bonkers in all the right ways. Griffin scored an impressive 26 points while completely carrying the entire burden of this franchise’s expectations on his shoulders. It really was a great performance in the first 24 minutes.

Then the wheels fell off. As the second half started, it seemed that Houston coach Kevin McHale made some adjustments of his own. Dwight Howard was going to be responsible for guarding the previously unstoppable Griffin. Oddly enough, though, it wasn’t Howard who ended up putting a damper on Griffin’s performance. Rather, it was Blake’s own head coach.

The Clippers decided to run their offense through Griffin. Not here and there. Not a few times or merely making sure to have the ball touch his hands. No, they ran their offense through him much in the same way blood runs through your own body. The difference being: If your blood gets clogged up or an issue arises, a doctor will step in and give you treatment before it’s too late. Rivers simply ignored the issue.

It wasn’t just having Griffin bring the ball up the court. That move created a cluster of separate issues — mainly causing extreme fatigue to the best player the Clippers had available. Doc Rivers also gave the Rockets an extremely simple offensive strategy to adjust to.

Now, it may have taken awhile, but at some point or another it dawned on McHale that — literally — every single L.A. possession resulted with the ball being forced into Griffin’s hands. Most of that, unfortunately for the Clippers, was at least 15 feet from the basket. After the Rockets started to notice this, they pressured Griffin more aggressively, even to the point where double teams — faked or real — were thrown in the superstar’s direction.

Griffin has become a much better jump shooter throughout his career. That wasn’t lost on McHale, either. Even when Griffin was running “the point” for the Clippers, Houston defenders gave him very little space to operate. The Rockets coach even made regular adjustments to have Terrence Jones guard him when he was outside of the paint, while the entire Houston team would collapse if Griffin made an aggressive move to the hoop.

How did Rivers react? Well … he didn’t. Instead he continually ran similar sets over and over and — yes — over again. Whether it was Griffin bringing the ball up the court for the — presumed — sake of keeping one of Houston’s bigs away from the rim, or getting most of his touches in isolation situations 15 feet from the rim, Rivers never changed his offensive strategy.

It became clear rather quickly that Rivers was going to let Griffin take the Clippers as far as he could before becoming the victim of a wayward strategy. In the postgame presser, Rivers expressed as much.

“We got out of the rhythm offensively, and that’s where the game changed for us,” Doc Rivers said. “We got stuck trying to go to Blake too much, and we forgot about the guys on the other side of the floor. That hurt us.”

If by we he totally means he made zero adjustments after it became clear within five minutes of the second half that this strategy wasn’t going to work, then yes … we. Yet it was Rivers who continued to ride the train without fuel that was isolation Blake Grffin basketball to a woefully inadequate eight Griffin points in the second half.

Sometimes it simply is what it is. All things considered, the Clippers are likely thrilled that they came away with a split after two road games without their best player. Any team would be happy with that outcome, and rightfully so. In a weird way, while playing without Chris Paul and relying heavily on Griffin as well as much more maligned players such as Austin Rivers, failing in Game 2 of this series might be a blessing in disguise for the Clippers.

Flaws were exposed, yet Griffin has shown he can carry the workload (as long as it is distributed realistically). The bench should, at least theoretically, feel much more confident for the rest of the playoffs. This team gained an educational experience in Houston, but the Clippers still leave the first two games in the position they wanted to occupy.

Doc Rivers didn’t necessarily get out-coached in Game 2 as much as he did the best he could with the hand he was dealt. Whoever dealt him that hand (ahem!), however, shouldn’t be too thrilled that he put the Clippers in a position where their only solution in the second half of a conference semifinal was to simply run the same play over and over and … (1,000,000 more “and overs” later) … again.

Remember the definition of insanity: Doing the same thing over and over, expecting different results.

If the Clippers are going to get different results as they head home to Los Angeles for the weekend, they need to show that they learned the right lessons from Game 2 against the Rockets.