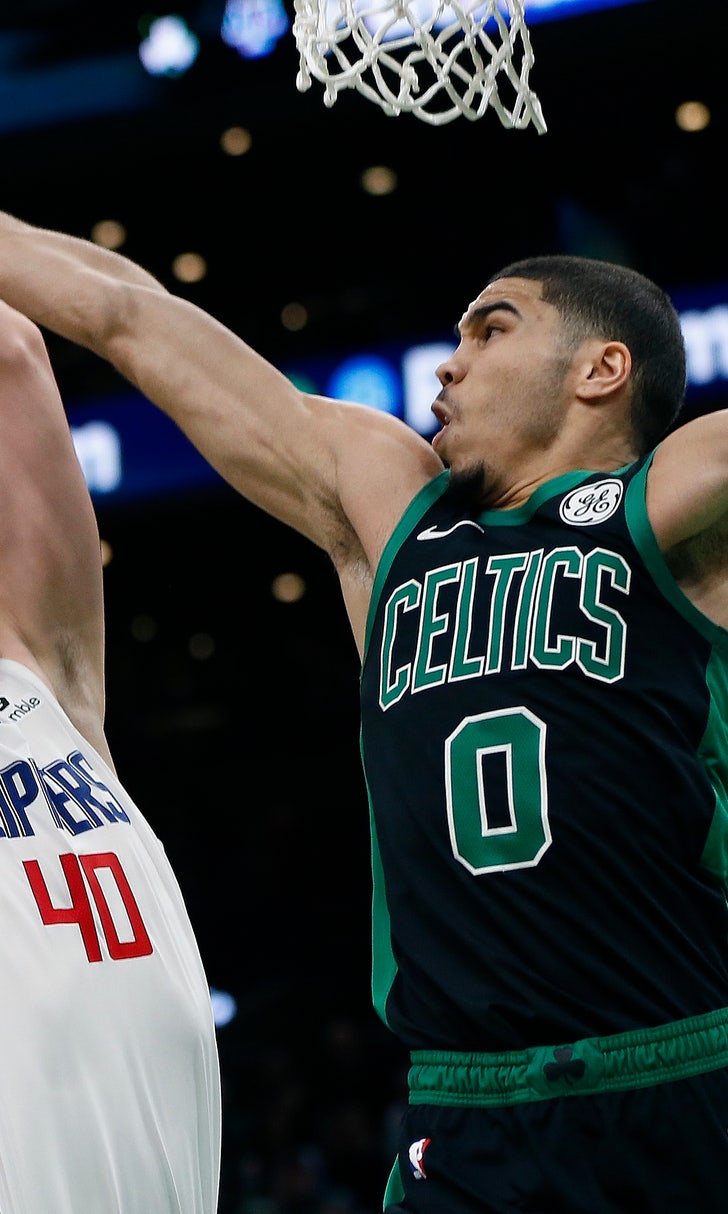 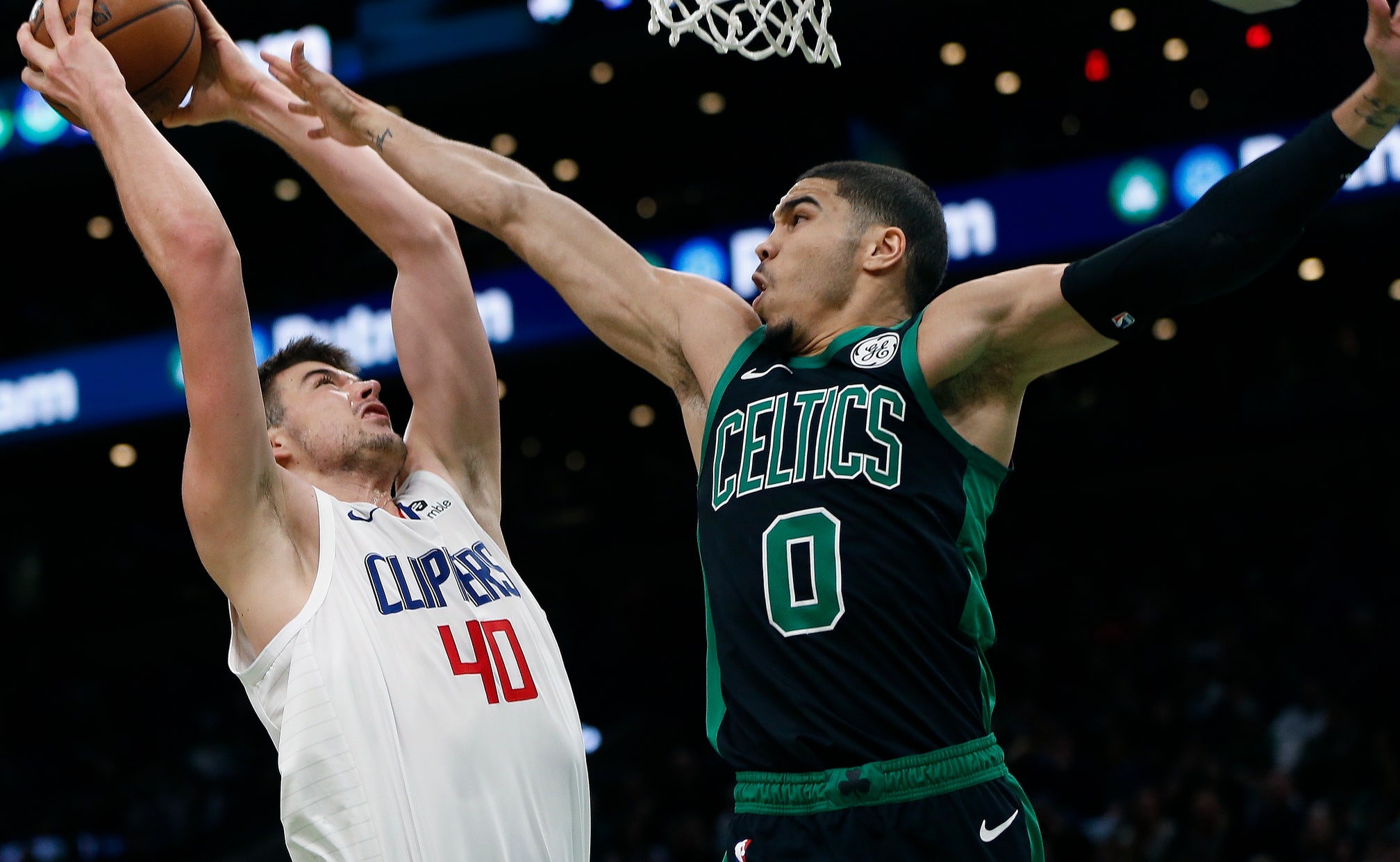 Westbrook had 21 points, 11 assists and 12 rebounds to match the record streak set by Wilt Chamberlain in 1968. Westbrook has 22 triple-doubles this season and 126 overall. He also had 10 turnovers and was 8 of 21 from the field.

James Harden led the Rockets with 42 points, reaching 30 points for the 29th straight game — two shy of Chamberlain for the second-longest streak in NBA history, but far behind Chamberlain's record run of 65 games. Harden was 11 for 28 from the field, going 6 of 16 from 3-point range, and made 14 of 15 free throws.

The 26-point deficit was Oklahoma City's largest of the season.

Westbrook gave the Thunder a one-point lead with a driving layup with 26.9 seconds remaining. On the following possession, Harden missed a 3-pointer, and George got the rebound and was fouled with 3.4 seconds left. He made both free throws put Oklahoma City up three. Houston turned it over on the following inbound play.

One game after the Lakers rallied from 18 points down to win in Boston on Rajon Rondo's buzzer-beater — and six days after the Patriots beat the Rams in the Super Bowl — the Clippers turned the "Beat L.A.! chants" to boos. The Celtics collapse corresponded to the loss of Kyrie Irving, who left with a sprained knee in the second quarter, when the game seemed comfortably in hand.

Gordon Hayward scored 19 points and Jayson Tatum and Terry Rozier had 16 apiece for Boston. The Celtics followed their highest-scoring half of the season with their lowest-scoring quarter and lost at home to a team from Los Angeles for the second straight time.

Boston scored 15 straight points and finished the first quarter with a 23-point lead, then extended it to 68-40 in the second. The Celtics led 74-53 at halftime, but the Clippers outscored them 28-12 in the third.

Los Angeles finally tied it 100-all, bringing boos from the crowd that expected an easy victory against a team that traded away leading scorer Tobias Harris at the deadline and added five new players. Gallinari followed with a jumper to give the Clippers their first lead.

NEW YORK (AP) — Marc Gasol had seven points and six rebounds in his Toronto debut and the Raptors sent New York to its 16th straight loss.

Acquired from Memphis before Thursday's trade deadline, Gasol played 19 minutes. The three-time All-Star entered late in the first quarter and made a hook shot on his first try.

Kyle Lowry scored 22 points, and Serge Ibaka added 15 points and 13 rebounds for the Raptors. Rookie Kevin Knox had 20 points for New York. The Knicks have lost 29 of their last 31 games.

The NBA-leading Bucks played without All-Star forward Giannis Antetokounmpo. He sat out with right knee soreness. They lost for just the second time in 14 games.

Eric Bledsoe had 19 points for Milwaukee.

Jeremy Lamb had 24 points to help the Hornets win for the eighth time in their last 13 games.

John Collins had 21 points and Trae Young added 20 for the Hawks.

Royce O'Neale tied his season high with 17 points and made all four of his 3-point attempts, and Ricky Rubio had 16 points, six rebounds and six assists to help the Jazz win for the third time in four games.

DeMar DeRozan scored 23 points for the Spurs. They have lost four in a row on their eight-game trip while their home arena hosts a 17-day stock show and rodeo.

CHICAGO (AP) — Bradley Beal scored 31 points to help Washington beat Chicago in the first meeting between the teams since they swapped three forwards in a multiplayer trade.

The Wizards got Jabari Parker, Bobby Portis and a protected 2023 second-round pick from the Bulls on Wednesday for Otto Porter Jr. Parker scored 20 points and Portis had 10 points and 12 rebounds against their former team, helping Washington to a 64-38 advantage in bench points.

Justin Holiday had 15 points and Jaren Jackson Jr. finished with 14 points, 10 of them in the fourth. C.J. Miles, playing his first game for Memphis added 13 points to help the Grizzlies win for the third time in four games.

Julius Randle led the Pelicans with 21 points, and Jrue Holiday added 15. Anthony Davis had 14 points and 16 rebounds in his second game returning to the lineup after seeking a trade.