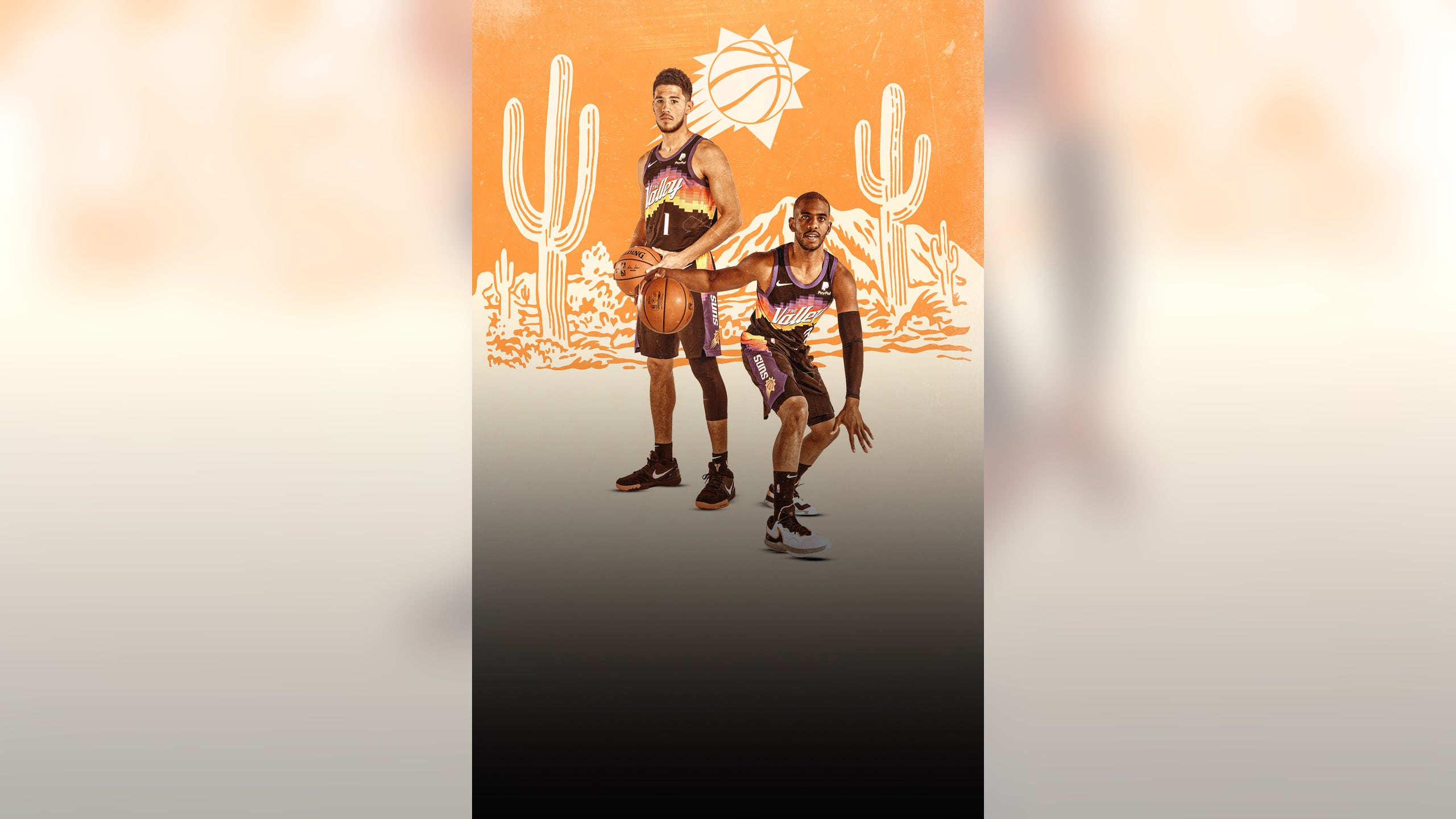 There's a new contender emerging in the West, and it features one of the premier backcourts in the NBA.

The Phoenix Suns appear poised to end their 10-year playoff drought this season, as they sit fifth in the Western Conference with a record of 19-10, and that has a lot to do with the play of their potential All-Star backcourt.

Chris Paul and Devin Booker have guided the Suns to 11 wins in their past 13 games, during which they have defeated three of the Eastern Conference's top four teams in the Philadelphia 76ers, Milwaukee Bucks and Boston Celtics, as well as the Golden State Warriors.

With only two losses to the New Orleans Pelicans and Brooklyn Nets, the Suns have posted a 9-2 record in the month of February and have seen their dynamic duo take their game to another level.

Paul and Booker have raised their scoring averages each month of the season so far, hitting new heights in February.

This month, Paul is averaging 19.7 points per game while shooting 56.8% from the field and 51.4% from 3-point range, all personal bests for a month this season.

His scoring hasn't been the only effective part of his game, either, with Paul recording five games this month with nine or more assists.

As dominant as Paul has been in February, Booker has been just as good, averaging 26.1 points while shooting 51.8% from the field and 36.7% from 3-point range this month.

That includes three games with 30-plus points scored, and his recent scoring binge has been rewarded with individual accolades.

For a young star such as Booker, who has been the face of the Phoenix franchise the past four seasons, ceding control of the team to a new face might not come easily.

But Booker is in search of his first taste of postseason basketball, and as detailed by Michael Wilbon in a recent profile for ESPN, the pairing with Paul has been a match made in heaven.

"NBA history is littered with players, particularly young ones, and teams that couldn't adjust to this big a shift in personnel and personality dynamics, like a demanding vet walking through the door on the eve of a new season. But in Paul, Book and [Monty] Williams believe they've found what they've been looking for."

Paul is arguably the perfect point guard to help the Suns reach their playoff goals, having played in the postseason each of the past 10 seasons.

Matt Barnes explained on ESPN's "The Jump" that the addition of Paul has led to stability and wins for the Suns.

"This is the CP3 effect. I knew once they got their chemistry down that CP3 was going to be the best thing to happen for Booker and Ayton. ... Taking pressure off Devin Booker. Devin Booker's one of the best young scorers in this game, so I think CP3's mindset, and — although he hasn't won a championship — he's a winner. And he's an extension of Monty Williams on that court, and he has the Phoenix Suns playing great."

With Booker and Paul leading the way, the sky seems to be the limit in Phoenix – for the first time in a long time.

Nick Wright's NBA Player Pyramid
Nick Wright is back causing a ruckus with his pecking order of NBA players. Take a look at how he stacks up the biggest stars.
2 hours ago