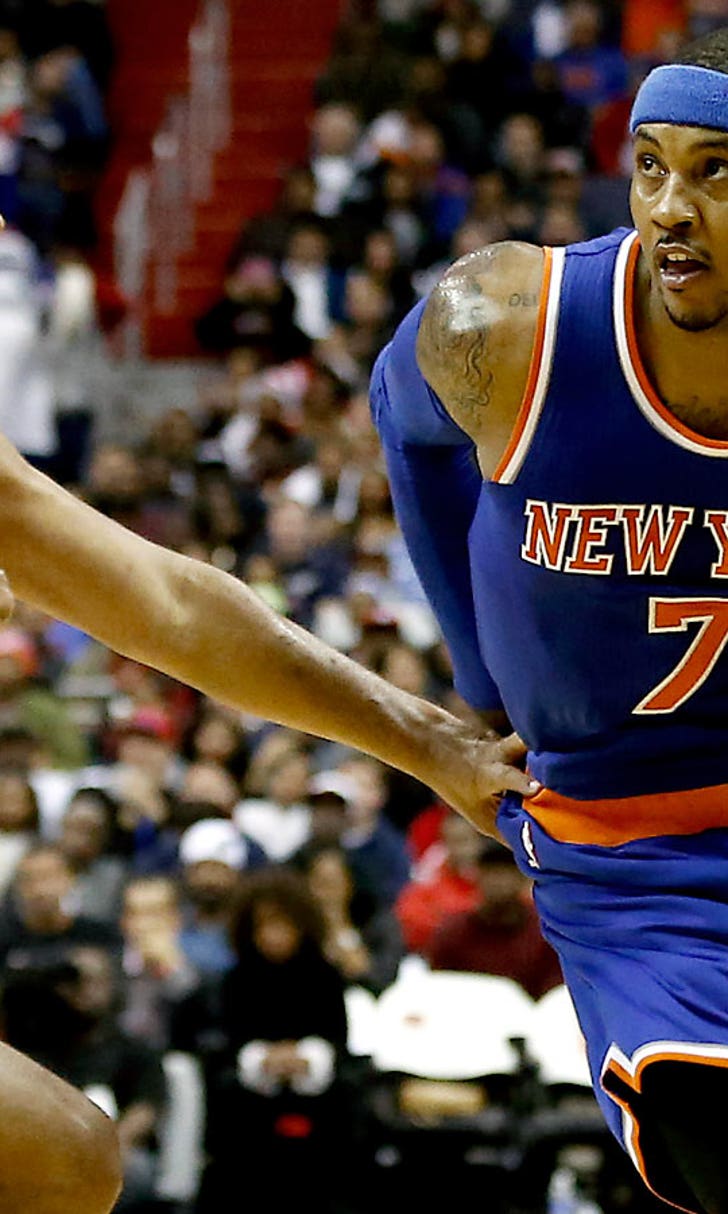 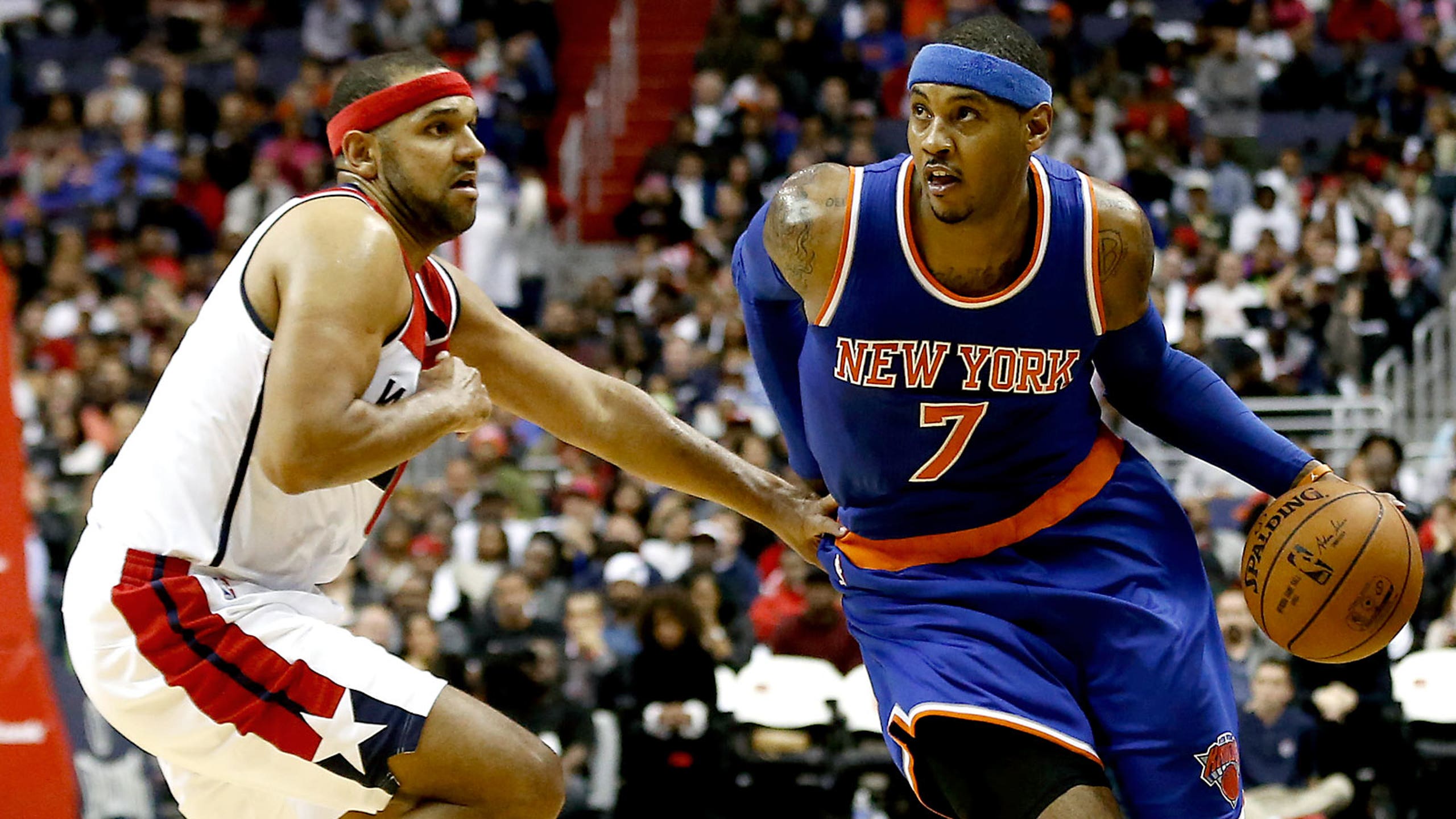 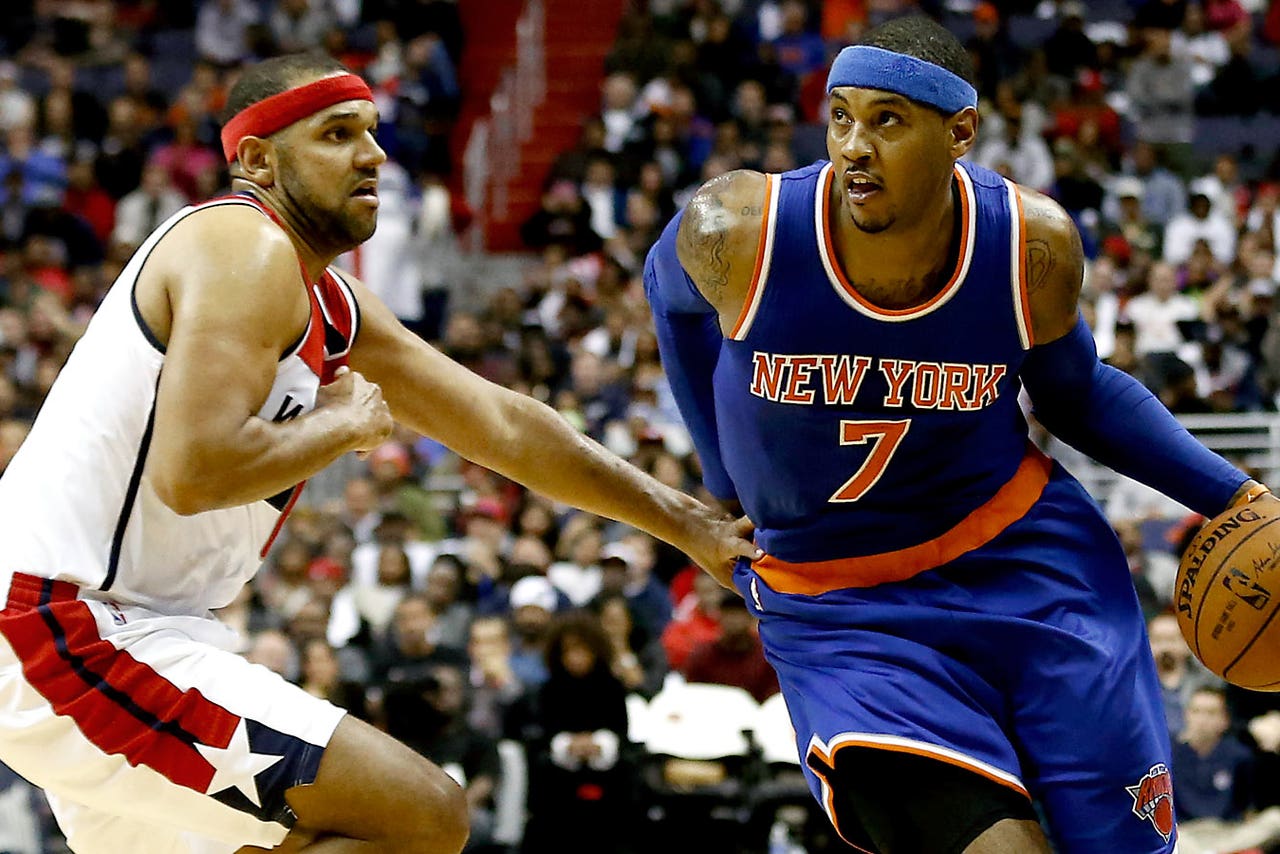 WASHINGTON -- Just over eight months ago, Carmelo Anthony underwent surgery on his left knee. On Saturday night, in his third regular-season game since then, he had a terrific performance against the Washington Wizards.

Anthony was 11 for 18 from the field -- hitting eight straight shots at one point -- and hit four of his five 3-point attempts.

"I'm never surprised, but I'll take it. At this point, you build it, it'll come."

Washington failed in its attempt to start a season 3-0 for the first time since 2005-06.

Bradley Beal, who scored 22 of his 26 points in the second half, led Washington while John Wall had 25.

The Knicks (2-1) won their second road game of the season. They won a total of seven road games last season.

Anthony missed his first two field goal attempts -- then hit the eight straight -- including four 3-pointers -- before his next miss.

After his first 3-pointer, he trotted over to Washington owner Ted Leonsis, who was seated near his team's bench, and the two bumped fists.

Otto Porter, who tried to defend Anthony, found it frustrating.

"It's all about his rhythm. Once he gets his rhythm, he's hard to defend," Porter said. "He's a different player this year."

"The commitment to defend is not there," Wizards coach Randy Wittman said. "I've got to change that."

The game was physical, featuring 62 fouls and three technicals. It was an extraordinarily long regular-season game, 2 hours, 38 minutes.

"The physical nature of the game -- I thought that brought the best out of Melo," New York coach Derek Fisher said. "There was a composure and a poise to everything he did."

MOURNING SAUNDERS: Wittman was not on hand for the start of the game because he was attending the memorial service for longtime NBA coach Flip Saunders in Minnesota.

Wittman returned for the start of the second quarter. He said he didn't consider staying away.

"Flip would have wanted me to coach. He wouldn't have wanted me to miss a game, based on him, I can guarantee that," Wittman said. "I had a good day with the (Saunders) family, an opportunity to spend some time with them, but it was a tough, tough day."

Saunders and Wittman worked together for both the Minnesota Timberwolves and Washington. Wittman succeeded Saunders when he was fired by the Wizards in January 2012.

A moment of silence for Saunders was observed before the game.

FREDETTE A KNICK?: The Westchester Knicks made Jimmer Fredette the second pick in Saturday's D-League draft. Fredette, who was released by San Antonio, has averaged 6.1 points in three seasons with Sacramento, Chicago and New Orleans.

Fisher, who played against Fredette, seemed intrigued by him.

"I'm happy for Jimmer that he's going to get an opportunity within our organization. Even with our D-League team, we're trying to establish a certain way of doing things, so we want all guys to feel valued and appreciated. When we get back to New York, hopefully we'll get a chance to get to know him a little bit more," Fisher said.