The NBA's silly season will officially tip off on July 1, as teams throughout the league dive headfirst into the free agency pool. A segment of the league's cash will be allocated to the superstars eligible to earn the max, but by and large, a majority of cap-space is saved for the NBA's middle class.

A massive cap spike prior to the 2016 off–season led to a boom in player contracts, with a collective $1.8 billion spent in the first two days of free agency. And in that $1.8 billion came a number of head-scratching deals.

Evan Turner was paid a whopping $70 million over four years, as was the injury-ridden Joakim Noah. Dwight Powell waltzed his way to a $37 million contract with Dallas, and Ian Mahinmi $64 million deal is now a burden on the Wizards' cap sheet. NBA owners treated free agency like a remake of Brewster's Millions, throwing lucrative deals at a slew of role players and unproven talents.

This off–season should be more tempered. The salary cap is projected to dip to $99 million for the 2017-18 season, with the luxury-tax line settling in around $119 million. But let's not kid ourselves. Owners and executives show little restraint in free agency, blindly chasing assets to improve their roster, even if it means agreeing to ludicrous deals. Contracts like Turner's and Mahinmi's are nearly inevitable, leading to immovable albatrosses that hinder future team development.

So which players should teams avoid shelling out big dollars for this July? Here's our buyer beware list for the 2017 off–season. 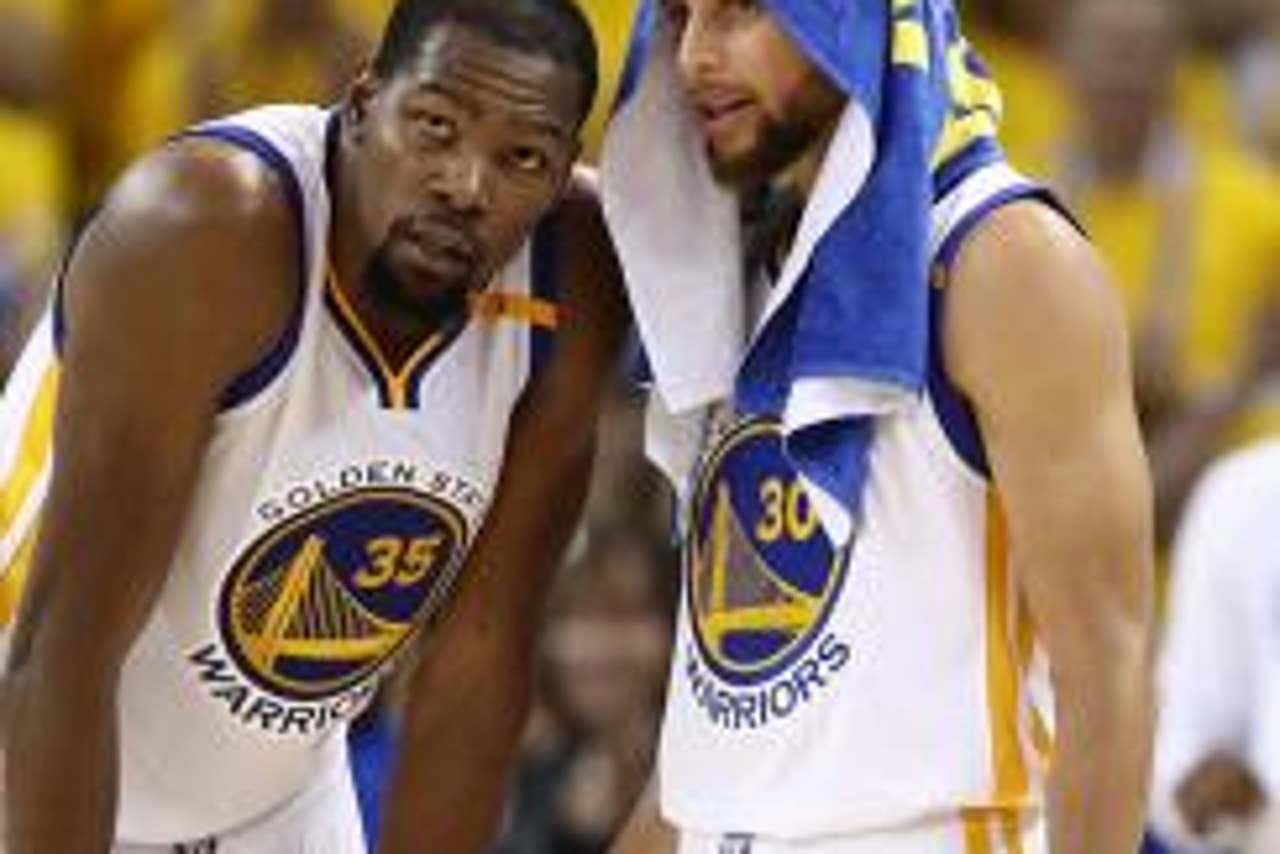 By many statistical measures, Rose's 2016-17 campaign was his best season since exiting the 2012 playoffs with a torn ACL. The former league MVP appeared in 64 games, tallying the highest points per game average (18.0 PPG) of his post-injury career. Rose also shot his highest percentage from the field since 2009-10, and turned the ball over at the lowest rate of his NBA tenure.

The season was a marked improvement for the former Bull, but his impressive numbers are misleading. Rose benefited from an excessively high usage rate with New York, often pounding the air out of the ball for possessions at a time. It wasn't uncommon for Rose to spend the entire possession with the ball in his hands, driving into traffic or hoisting a midrange jumper as the shot clock expired. Too often he failed to incorporate Kristaps Porzingis into the offense, leaving the Unicorn underutilized on the three-point line.

On the bright side, Rose did show flashes of his former self last year. There was an explosiveness to the basket that we haven't seen in years, and he exerted some semblance of defensive effort. But in a crowded point guard market, there are far better options for teams with cap space. Rose doesn't command an offense with the precision of Kyle Lowry, nor does he shoot it from deep as well as Patty Mills. Throw in his deep history of injuries, and a long-term commitment to Rose would be risky, at best. 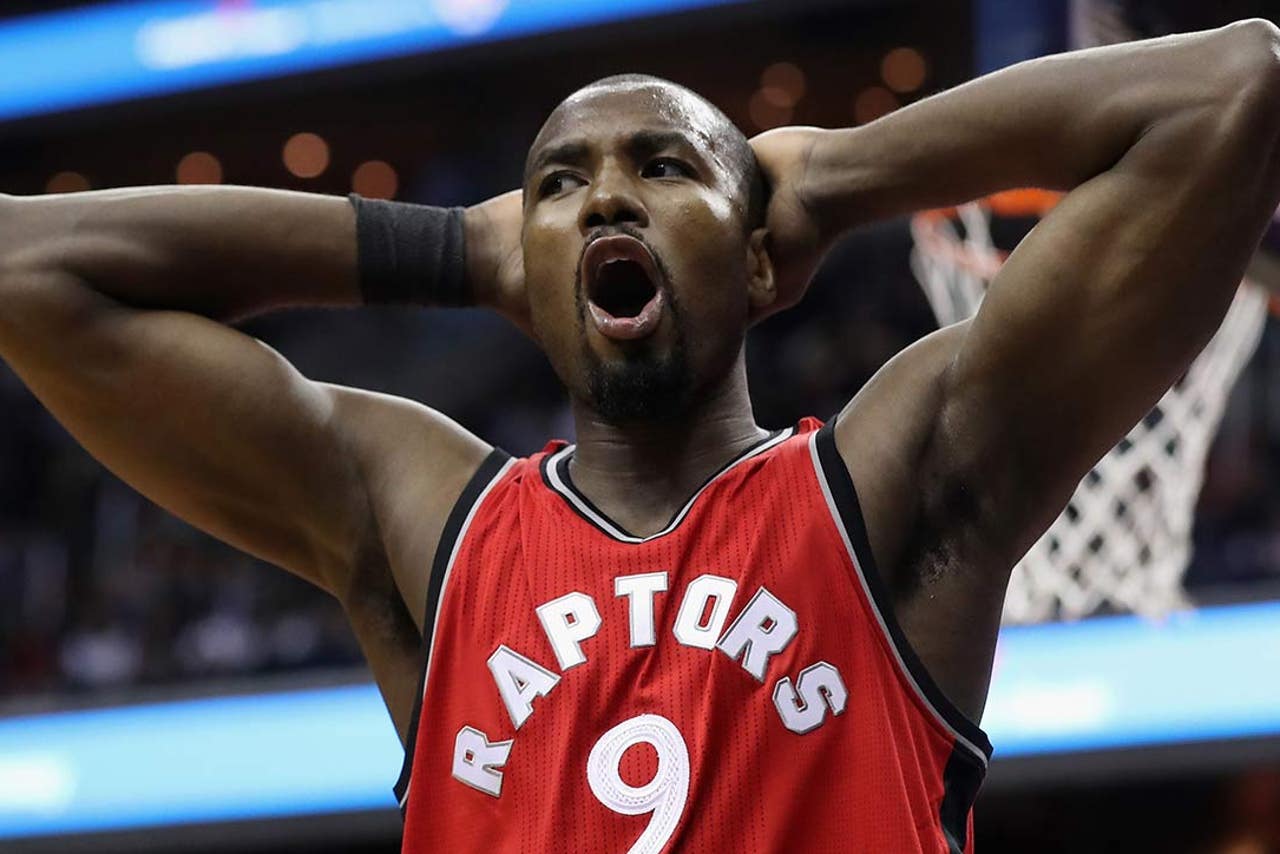 The evolution of Ibaka's game over the past three seasons has made him a popular commodity around the league. The 6'10" power forward brings to the table a unique blend of rim protection and offensive versatility, well suited for the modern game.

Ibaka will command big money on the open market this summer, that much is nearly certain. Now, the only question is from whom. The Raptors may bite the bullet and offer the max, but their main focus will be on retaining their leader Lowry. If Toronto opts to let Ibaka walk, he could find himself replacing Paul Millsap in Atlanta or adding some scoring punch in Miami.

So why be wary of signing Ibaka to a mega-deal? Well for one, he hasn't proven capable of carrying an offense for prolonged stretches. A majority of Ibaka's perimeter buckets stem from kick-outs off penetration, and he isn't a dynamic force in the low post. Credit Ibaka for extending his range over the past three seasons, but teams still don't view him as a truly dynamic weapon from beyond the arc.

There are also concerns about the unintended consequences of Ibaka's newfound versatility. As he continues to spend more time on the perimeter, his prowess in the paint has waned. Ibaka posted the second-lowest rebound rate of his career last season, and his lowest block total since his rookie year. The three-time All-Defense honoree is no longer the rim protector he was in Oklahoma City, where he led the league in blocks for two-straight seasons. A more well-rounded game has increased Ibaka's value over the years, but it has come with an appreciable cost. 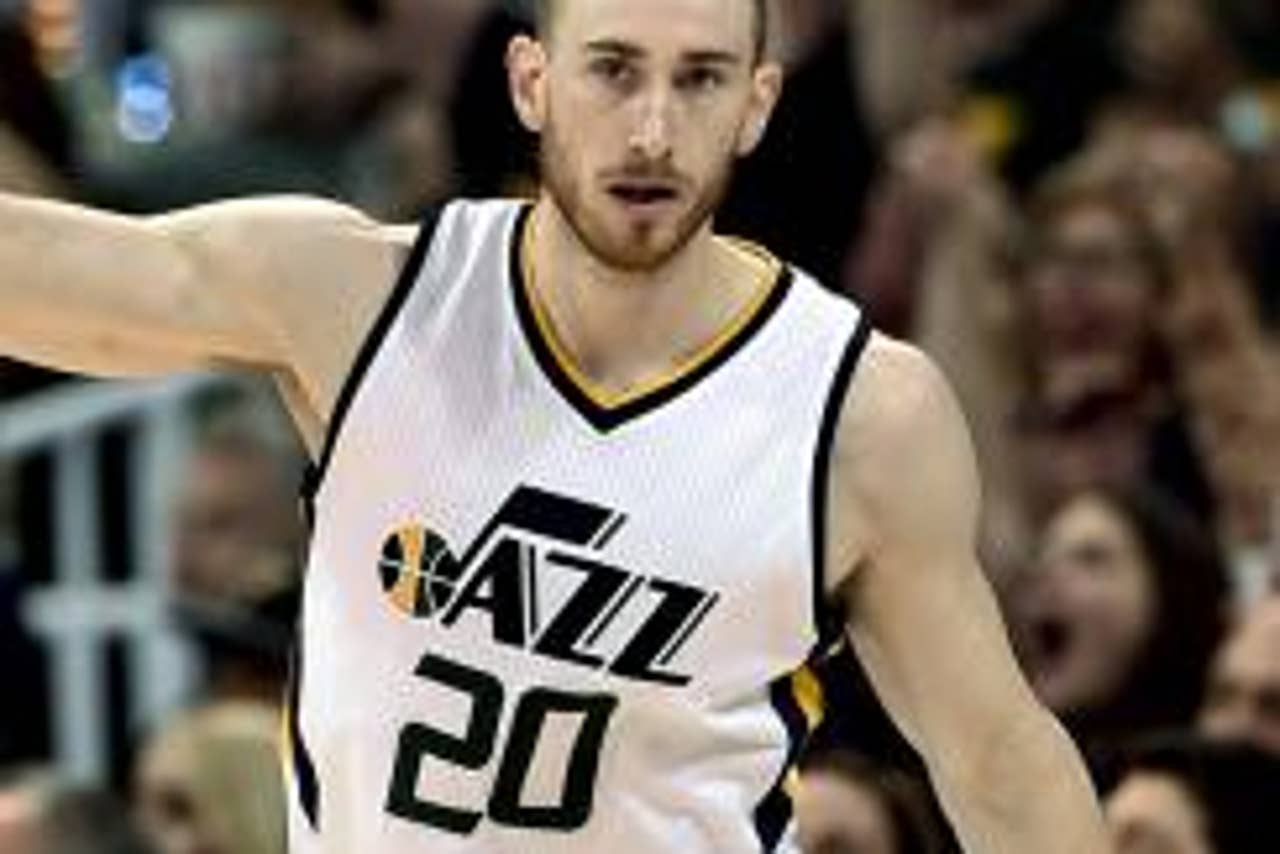 Chicago's selection of Lauri Markkanen with the No. 7 overall pick last week may have spelled the end of Mirotic's time in the Windy City. The three-year pro is a restricted free agent, so while the Bulls could theoretically match any offer given to Mirotic, shelling out a big-money contract seems counterintuitive to Chicago's rebuilding process.

Mirotic is billed as a potentially-deadly gunner, spacing the floor with pinpoint range. But his shooting last year didn't back up the sentiment. Mirotic connected on under 30% of his threes that weren't "wide open" last season, according to by NBA.com, and he shot the worst percentage of his career on spot-up trey's. Mirotic is still a formidable threat from outside, but he has yet to draw significant defensive attention. Whoever inks Mirotic to a deal in July will have to bank on improved shooting from him moving forward. 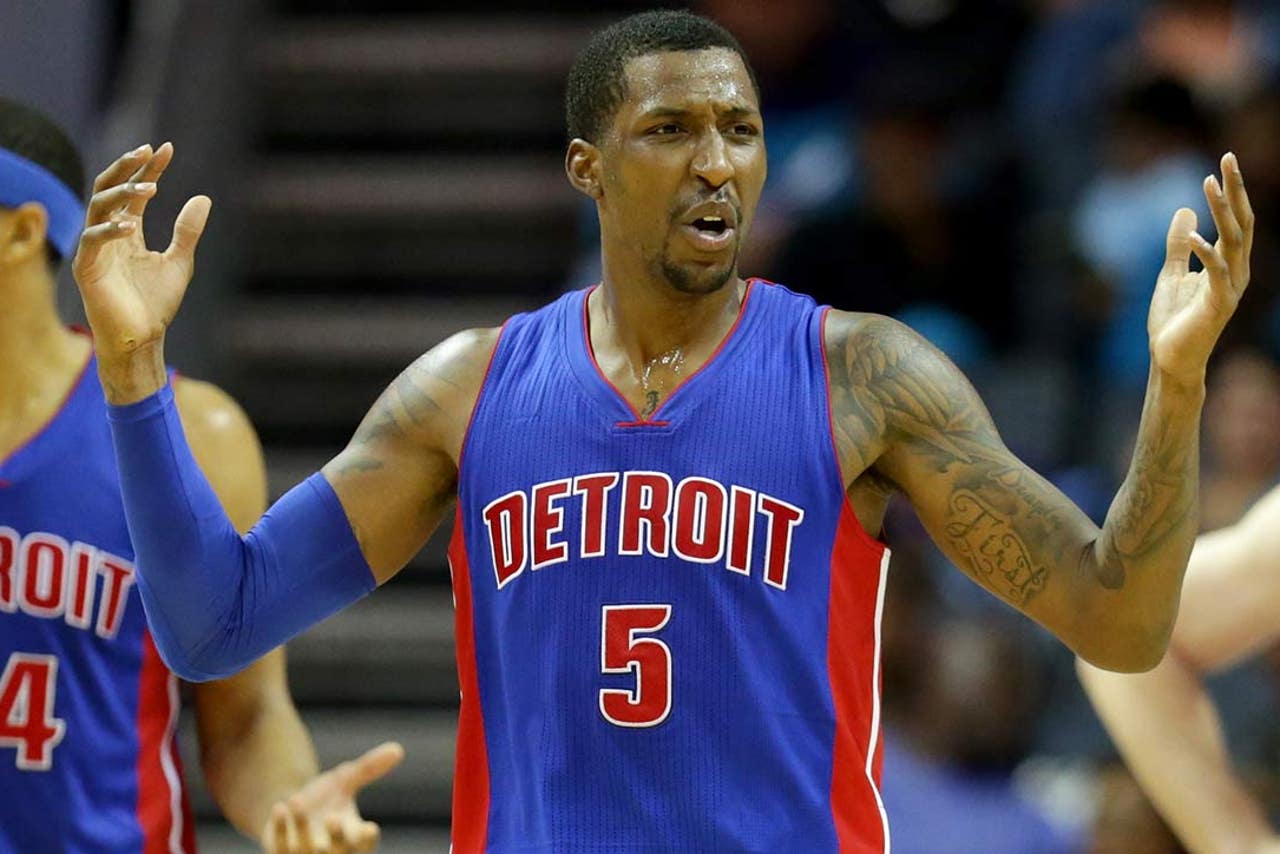 KCP will begin his foray into free agency on July 1, a restricted free agent who's been a mainstay in Detroit since he entered the league in 2013. The fourth-year guard led the Pistons in minutes per game last year, starting in the backcourt alongside Reggie Jackson. And at just 24 years old, he should project to cash in on a deal this summer upwards of $60 million.

The Georgia product is a strong role player, capable of canning the corner three and effectively driving to the tin. But don't break the bank and expect him to lead an offense. Pope found himself lost in the shuffle last year as Detroit struggled to cement its backcourt rotation, ending the season No. 10 on the team in usage rate and seventh in true shooting percentage. A young team with cap space may take a swing at swiping Caldwell-Pope from the Pistons—Brooklyn is an organization to watch—and if they do, it may be Detroit's best long-term interest to let him walk.

The Pistons have signaled in past seasons that they wants to compete for a playoff spot, but now, they may be best suited to tear things down. The backcourt was a mess last year, and there weren't enough offensive weapons in the lineup to compete on a nightly basis. Although Caldwell-Pope is a young talent with some upside, throwing a lucrative deal his way may hinder progress down the line. 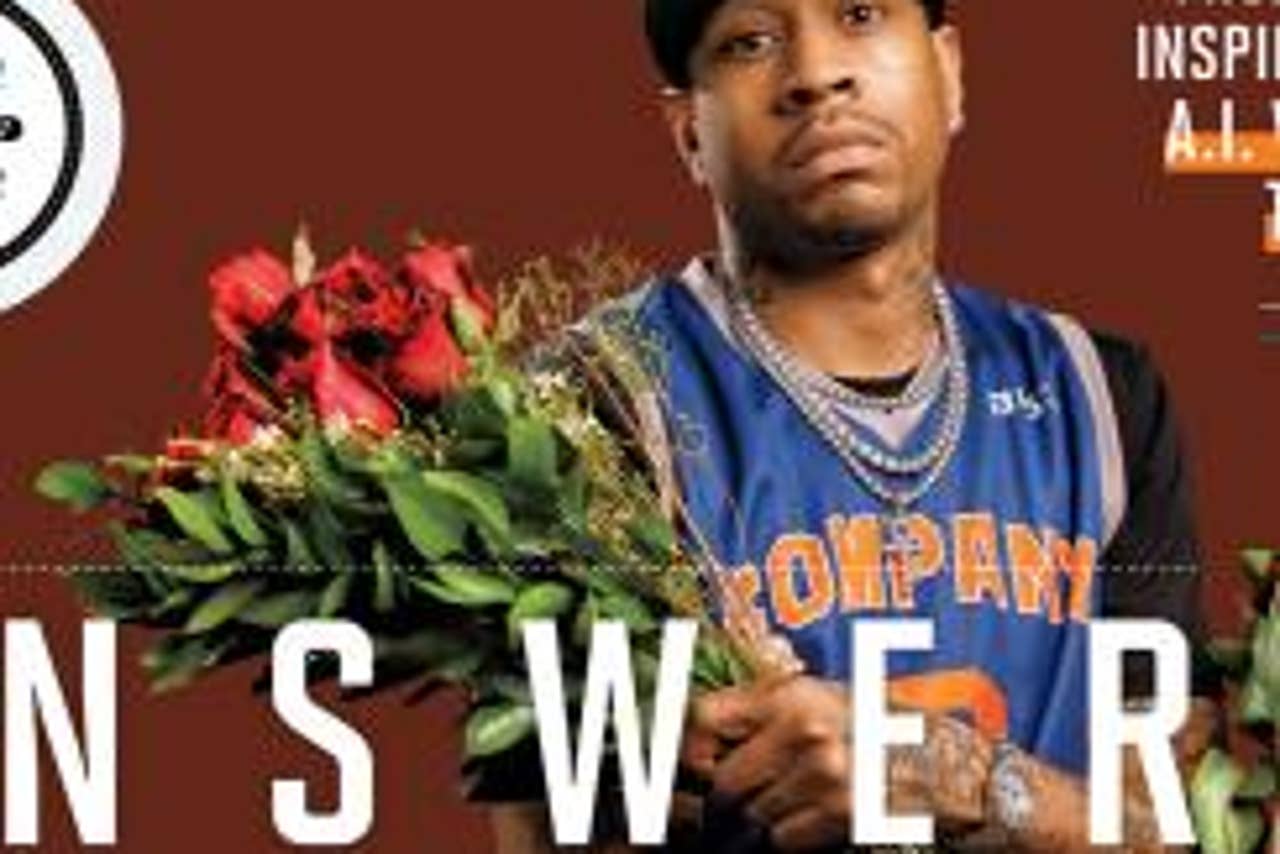 Millsap has emerged as one of the league's premier power forwards over the past few seasons, making the All-Star game each of the last four years. He's the anchor of coach Mike Budenholzer's offense, an efficient pick-and-pop forward with proven range. And after enjoying career highs in both points and assists last year, he would seem like a perfect candidate to receive a maximum deal from Atlanta worth nearly $40 million per year.

But comments from Hawks brass seem to signal otherwise. General manager Travis Schlenk was skittish when speaking on the matter earlier this month, telling the Atlanta Journal Constitution, “The reality is, (Millsap) might get better offers than we can make him.” If Atlanta chooses to dive into rebuilding mode and let the former second-round pick walk, his services will be in high demand. The Rockets have emerged as contenders to sign Millsap, as have the Nuggets.

Adding Millsap will certainly improve any roster he goes to, but it would be imprudent for a team to clog its cap sheet with the four-time All-Star. Millsap is currently 32, and committing $40 million to a 35-year-old power forward will look foolish in three years. Millsap is a skilled offensive forward, but he lacks the ability to dominate the game for extended stretches. It would be surprising if he tops 20 points per game at any point in his career. It's no knock on Millsap, but teams would be better suited designating its max-contract space for a more dynamic scorer as well as players with less tread on their tires.