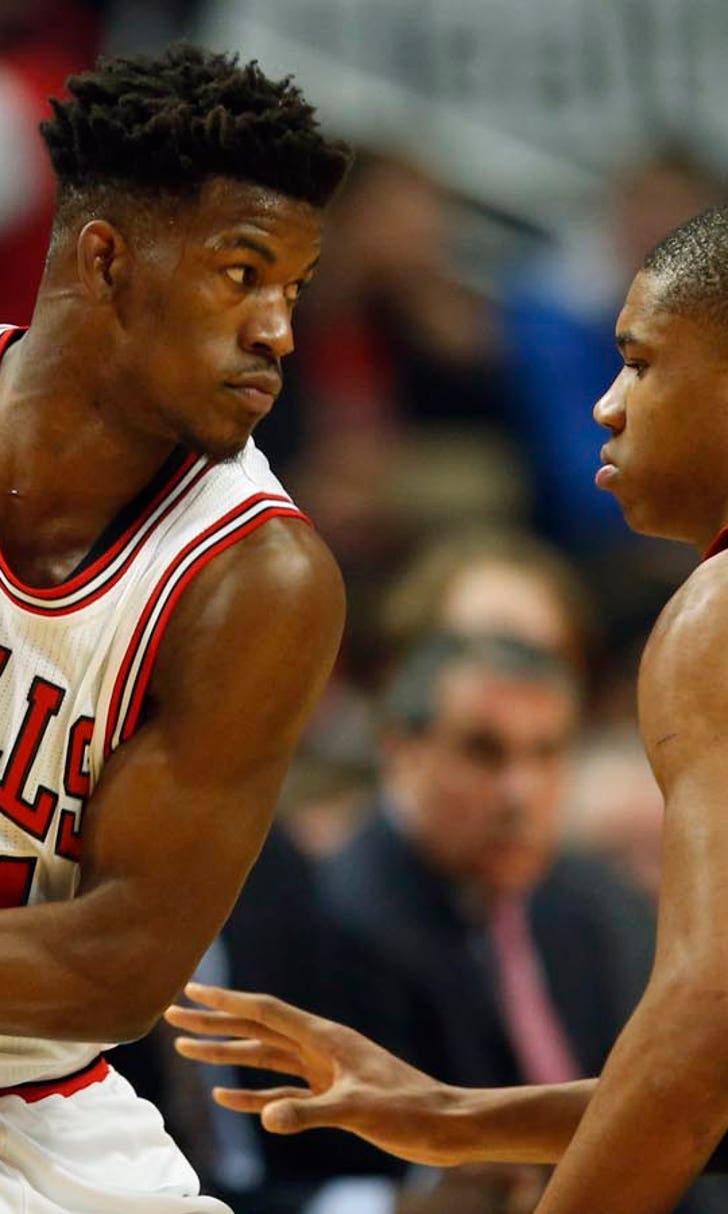 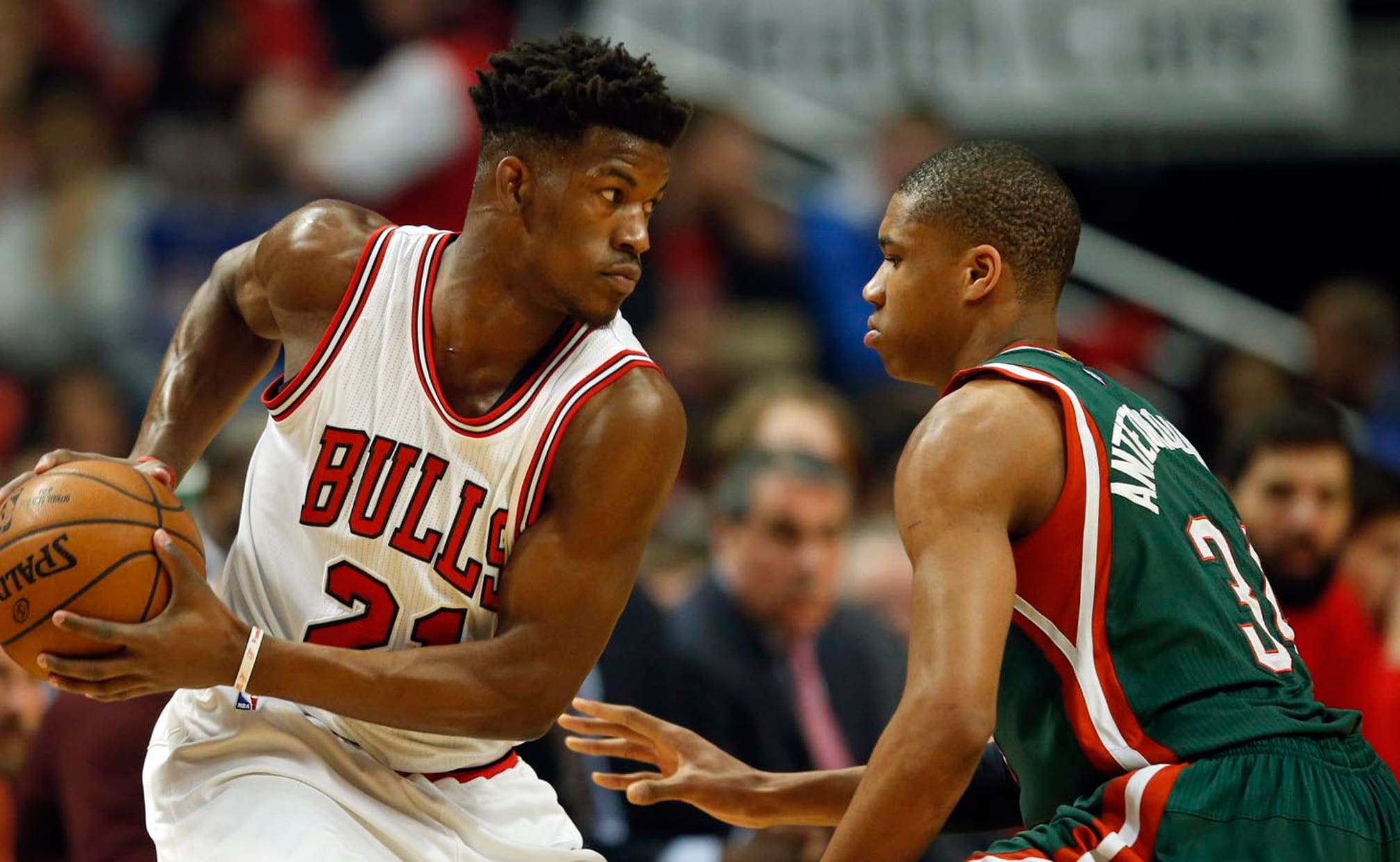 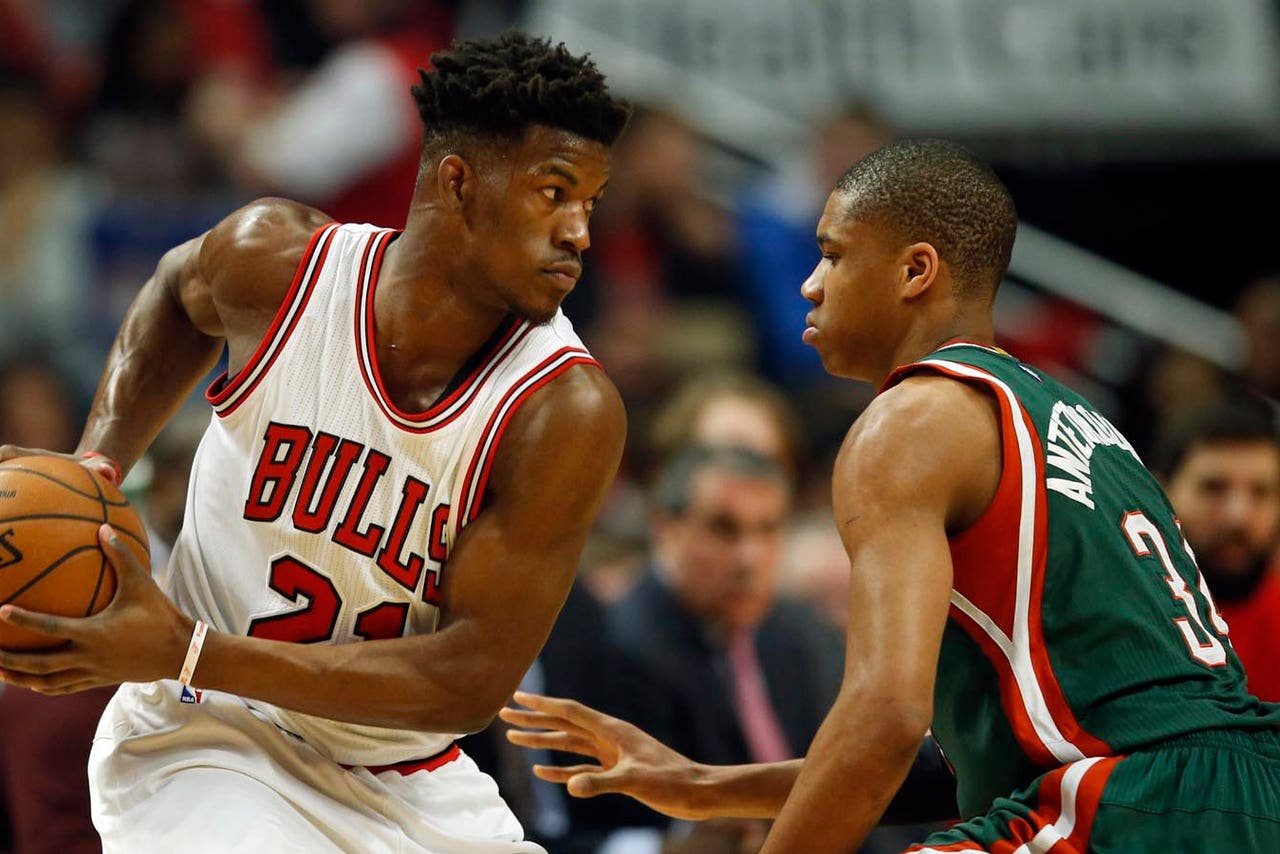 CHICAGO -- There was a time when Jimmy Butler was kicked out of his home as a teenager with no place to go. He has come a long way since then.

The Chicago Bulls guard was named the NBA's Most Improved Player on Thursday after making his first All-Star team and averaging a career high in scoring.

"I felt like at any level I was at, whether it be junior college or Marquette, I don't think I was supposed to be there," Butler said. "Somehow, some way, with the people that were in my corner, I found a way to get there."

The 25-year-old Butler received 92 of 129 first-place votes and 535 total points from a panel of sportswriters and broadcasters. Draymond Green of the Golden State Warriors was second (11 first-place votes, 200 points) and Rudy Gobert of the Utah Jazz finished third (12, 189).

"It's a testament to his work ethic and what he's done," coach Tom Thibodeau said. "Each year, he's gotten a lot better. I think it's being recognized by a lot of people now. Where he is today, in comparing that to where he was four years ago, he's made a gigantic jump."

That the award went to Butler is hardly a surprise given the improvement he showed while helping the Bulls fight through injuries to win 50 games.

Butler is also in line for a huge payday as a restricted free agent after he and the Bulls were unable to agree to a contract extension before the season. He said at the time he was betting on himself, and it sure looks like he hit the jackpot.

Butler, however, called it "a tie" Thursday and insisted, "We both won." He also said he has no plans to leave Chicago, where the Bulls are tied 1-1 with Cleveland in their second-round playoff series. Game 3 is Friday night.

"I think this is a place for me," Butler said. "I love playing with the guys we have. They continue to bring in great, high-character guys that fit the team role. I love it here."

Butler thanked his family, his brothers, his teammates, current and former coaches and team management. He mentioned how former teammate Luol Deng helped him adjust to the NBA, as well as Bulls assistant Adrian Griffin.

The award is the next step in a remarkable climb from homelessness as a teen to stardom in the NBA.

Butler got kicked out of his house by his mother when he was 13, in Tomball, Texas, and his father had been out of his life since he was a baby. At the time, Butler had no money and nowhere to go.

He would stay with friends for a few weeks and then move on to another one looking for a place to stay. He eventually settled in with the Lambert family and became a star at Tomball High. He was barely recruited, but Tyler Junior College coach Mike Marquis gave him an opportunity.

"Coach Mike Marquis was seeing something in myself that I didn't see at that age," Butler said.

He also mentioned the work ethic then-coach Buzz Williams instilled in him at Marquette. Butler spent three years there before getting drafted with the 30th pick by the Bulls in 2011.

"Without Buzz constantly challenging me and pushing me to be great, I don't think I'd be standing here," he said.

He played little as a rookie but started to show some promise in his second year. The past two seasons, he has averaged 38.7 minutes. And the big jump this year comes after a grueling offseason.

Butler worked out three times a day in Houston, from morning to night with breaks for meals and a nap. He and some friends also rented a house with no cable or Internet service, choosing to focus on basketball.

"What we see is a great will and determination that Jimmy has, an outstanding work ethic and an inner drive to succeed that he comes with each and every day," general manager Gar Forman said. "You look back at Jimmy's story and it really is amazing that we're here today."