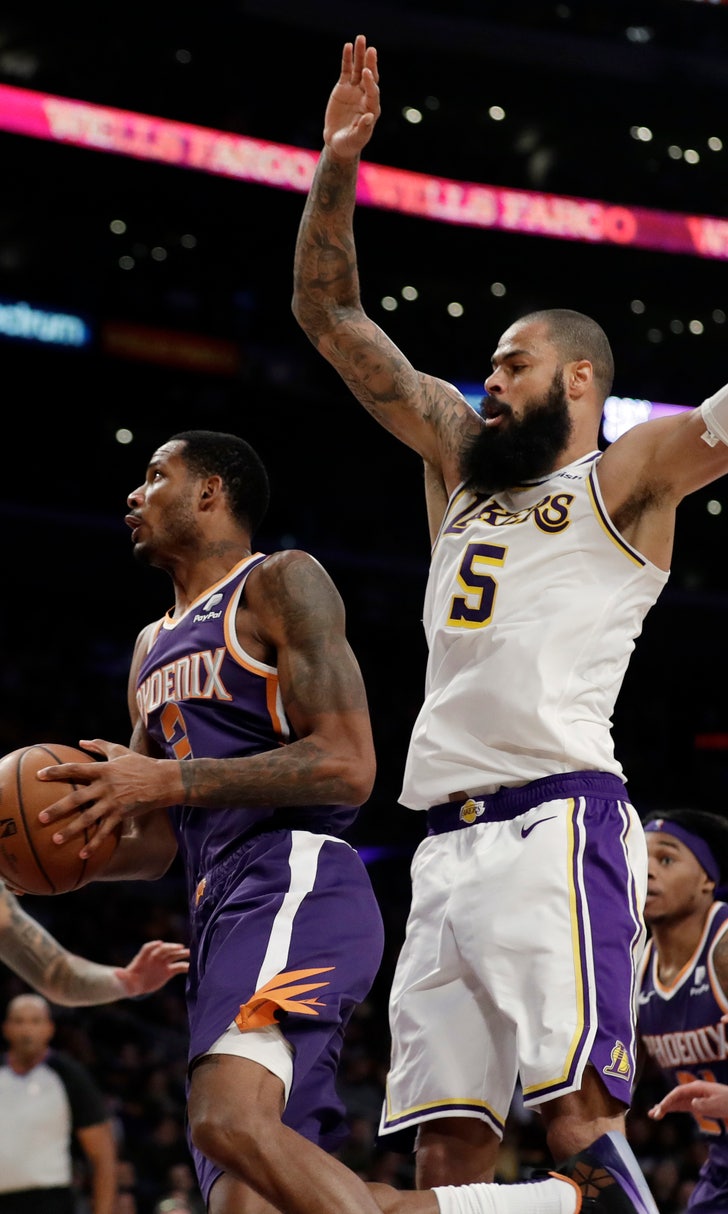 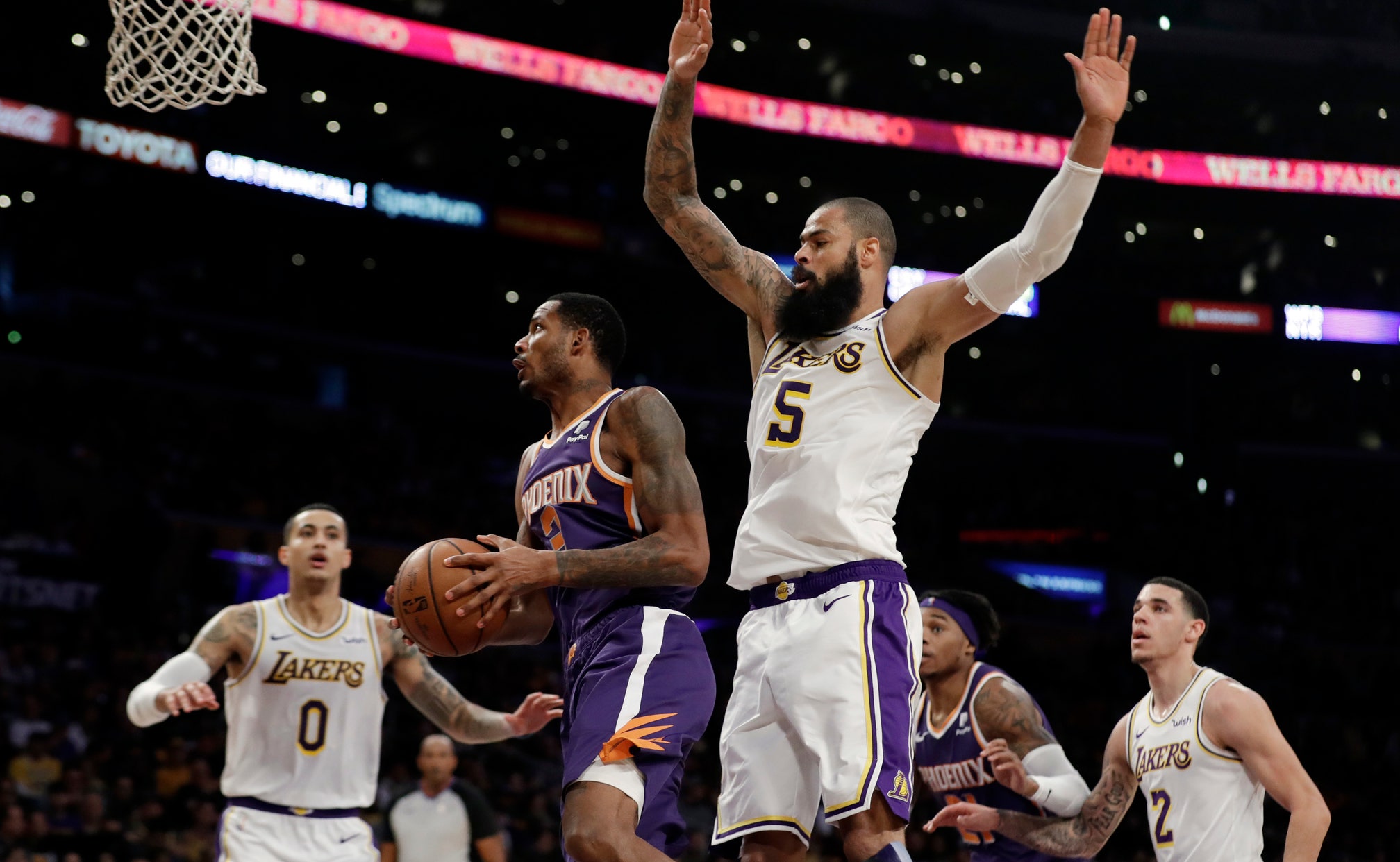 WASHINGTON (AP) — After a three-way trade fell apart over mistaken identity, the Wizards are getting Trevor Ariza after all.

Washington agreed in principle Saturday to acquire Ariza from the Phoenix Suns for Kelly Oubre Jr. and Austin Rivers, according to a person familiar with the deal. The person spoke to The Associated Press on condition of anonymity because it had not been announced by either team.

This Ariza trade came together hours after a potential three-way deal involving the Grizzlies fell apart late Friday night over whether Memphis was including Dillon Brooks or MarShon Brooks. The saga included general managers informing players they'd been traded, awkward conversations to explain they weren't and finally the talks coming to an end.

Wizards players went through the emotional roller coaster of the failed trade after their loss at Brooklyn as Oubre and Rivers were still on the team bus to the airport and the flight home.

"We all understand it's a business," guard John Wall said after practice Saturday. "You never know what's going to happen, when it's going to happen. The first time I've ever seen a trade go dead and guys are on a bus talking about it. Kind of devastating for those guys."

Phoenix forward Josh Jackson called Ariza "the ultimate veteran" and the ideal guy to have on a young team.

"He was always constantly teaching us," Jackson said. "He's been in the league a long time, been on a lot of winning teams, and whenever he saw something, even if it was the smallest thing, whenever he saw something that wasn't right or something that we weren't doing right all the way, he would take the time, even stop practice, and just talk and tell us the right way to do it and why."

Until the trade can be finalized, Oubre and Rivers weren't at Wizards practice, and Ariza wasn't with the Suns. But Wall and Bradley Beal said they've each texted with Ariza since word of the trade got out.

"It's always great to add a guy like Trevor back — one of the best veterans and teammates I had in the past," Wall said. "We know what he brings to the table, and it seems like he's excited to be here."

To get Ariza, the Wizards gave up the 23-year-old Oubre, who they wouldn't part with in a potential trade for Jimmy Butler earlier this fall. Oubre was the 15th overall pick in 2015 and is averaging 12.9 points in his fourth NBA season.

Rivers goes to Phoenix after Washington had just acquired the 26-year-old from the Los Angeles Clippers over the summer. Rivers was not aware of the details Friday night but believed he was departing, putting him and Oubre in an uncomfortable spot.

"It's kind of unreal in a way," Beal said. "You don't see that a lot. I kind of feel for Kelly and Austin to be put in that trick bag in a way of not knowing. ... I think they handled it well, like professionals. I think anybody else would have been a little more frustrated."

Despite having three max-contract players in Wall, Beal and Otto Porter, the Wizards are off to a disappointing 11-18 start amid chemistry questions and have lost four in a row. They host LeBron James and the Los Angeles Lakers on Sunday.

Memphis general manager Chris Wallace said Saturday he was very disappointed someone with either Washington or Phoenix or both teams leaked the trade while the Grizzlies were playing Miami on Friday night. Wallace made it very clear that Dillon Brooks, in his second season since the 45th overall pick in the 2017 NBA draft was traded to the Grizzlies, was never part of any discussions for this deal, and the team thought it was trading MarShon Brooks.

Wallace said the leaks forced him to do something for the first time in more than 30 years of working in the NBA: pulling MarShon Brooks and Wayne Selden Jr. out of a locker room to tell them they had been traded only to have to backtrack and say they hadn't been traded.

"What happened last night was unfathomable," Wallace said. "I've never experienced this before. And we were very clear about who was in this deal, and Dillon Brooks never was intended to be a part of this, was not from our standpoint and we made it very clear this was not Dillon Brooks."

MarShon Brooks said Wallace told him he had been traded after the game in front of the team. He showered, went to the family room and was starting to walk out when Wallace told him they needed to talk — a span of about 15 minutes.