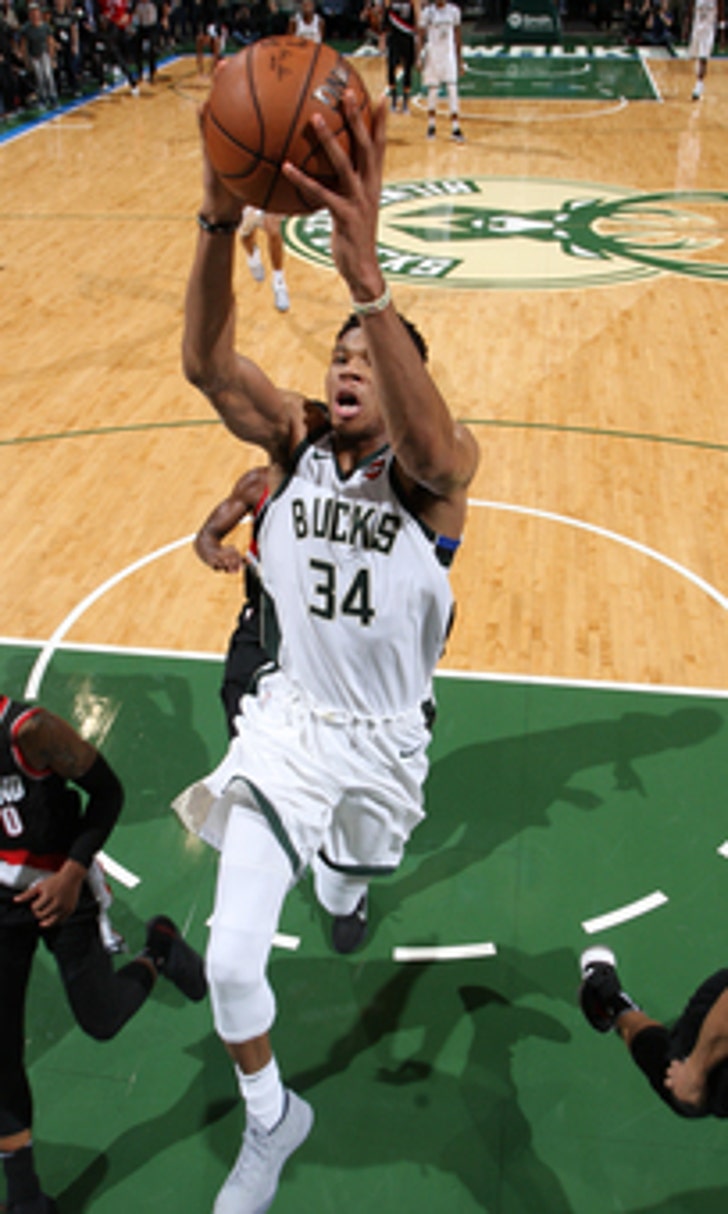 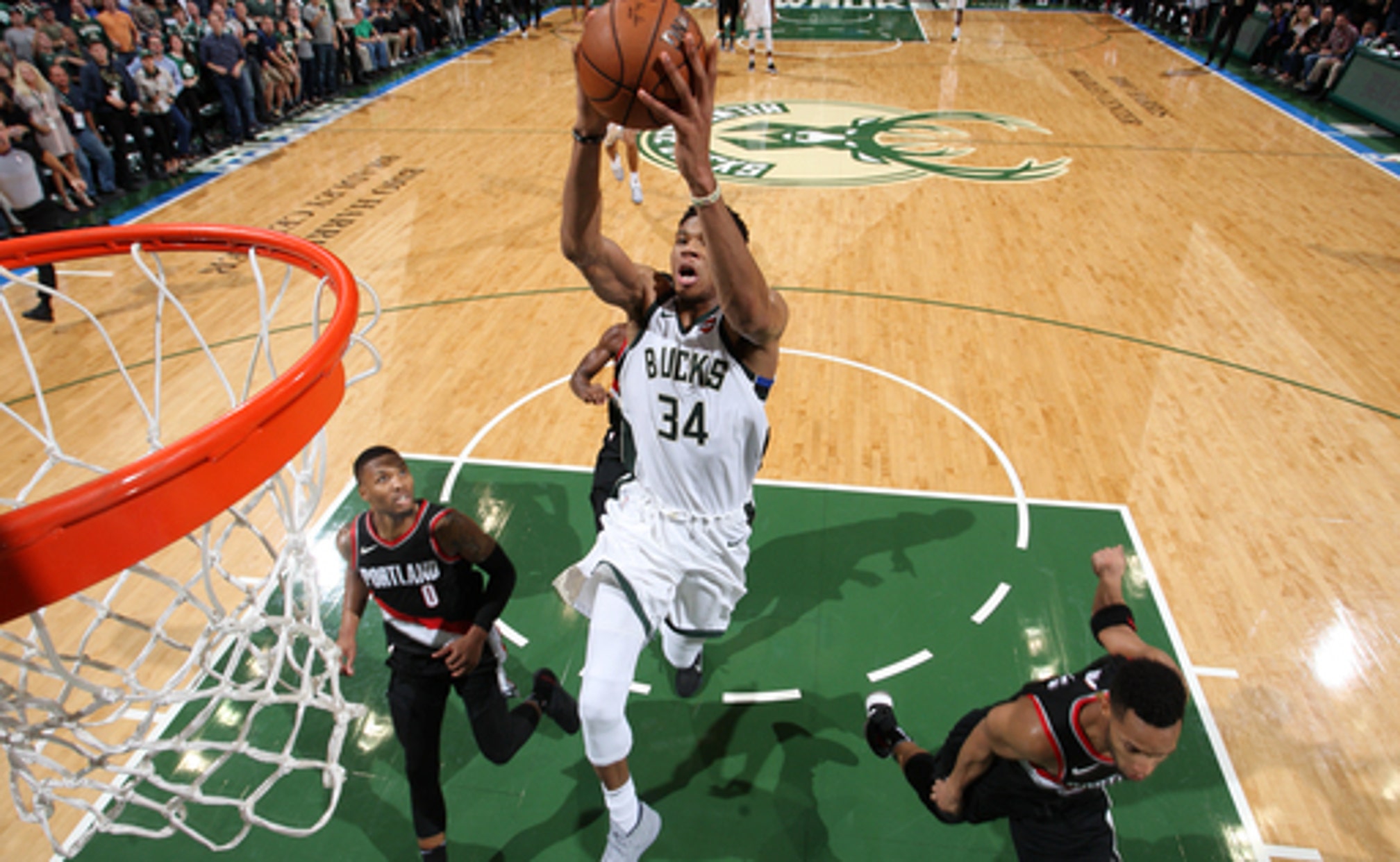 MILWAUKEE (AP) After scoring a career-high 44 points, Giannis Antetokounmpo wrote a note on the game ball.

''This is for daddy. We got a win tonight,'' the 22-year-old Milwaukee Bucks player said, remembering his father, Charles, who died last month at age 54.

Antetokounmpo scored 17 points in the fourth quarter, including a dunk that put Milwaukee ahead 111-110 with 11 seconds to go.

After a timeout, Damian Lillard found Jusuf Nurkic running open down the lane, but Antetokounmpo blocked his shot at the basket, sending the 7-foot center crashing to the floor.

Antetokounmpo, starting his fifth NBA season, made 17 of 23 shots with eight rebounds and four assists as Milwaukee kept pace with a Portland team that had dominated its first two opponents. The Bucks star is averaging 38.3 points through three games, up from 22.9 last year, 16.9 in 2015-16 and 12.7 in 2014-15.

''Seventy-nine more. This is just the beginning,'' he said, thinking about how many regular-season games remain.

After Nurkic was rejected at the basket, Khris Middleton was fouled and made both free throws.

''They committed two guys to Dame, so somebody was going to be open,'' Portland coach Terry Stotts said, referring to Lillard. ''Turned out to be Nurk but they made a really good defensive play.''

''I wish I could replay it, but it's tough when you lose,'' Nurkic said.

Milwaukee used an 11-4 run midway through the fourth quarter to open a 106-99 lead on Malcolm Brogdon's fast-break layup off a bounce pass from Antetokounmpo.

Portland's Evan Turner spent much of his 32 minutes on the court attempting to guard Antetokounmpo. ''I was comfortable with everything,'' Turner said. ''If I made him take 10 dribbles in the post, made him spin two or three times and he makes the shot, there's nothing you can ask for. He got on a roll, hit some jumpers, had a great night. I guarded him the same way every time.''

The game had 10 lead changes and was tied 15 times.

Bucks: C Greg Monroe's foul on Cleveland G Derrick Rose on Friday night was upgraded by the league to a flagrant 1 from a common foul.

Bucks: Milwaukee is home against Charlotte on Monday.