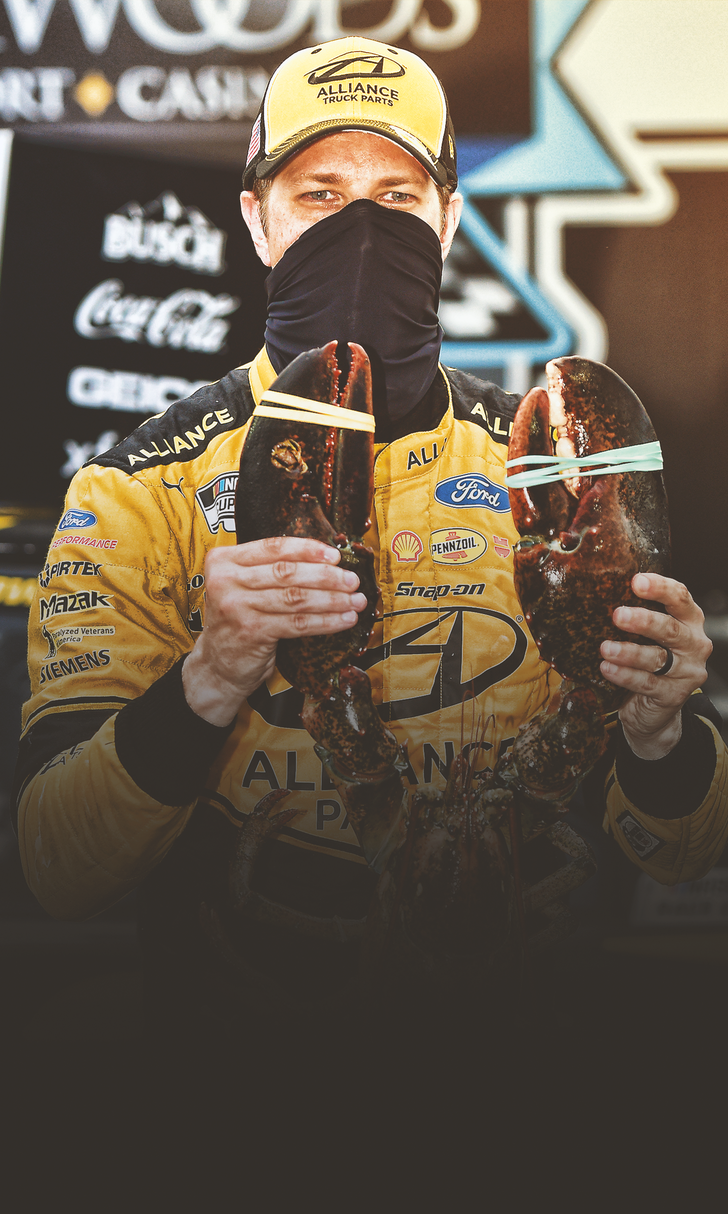 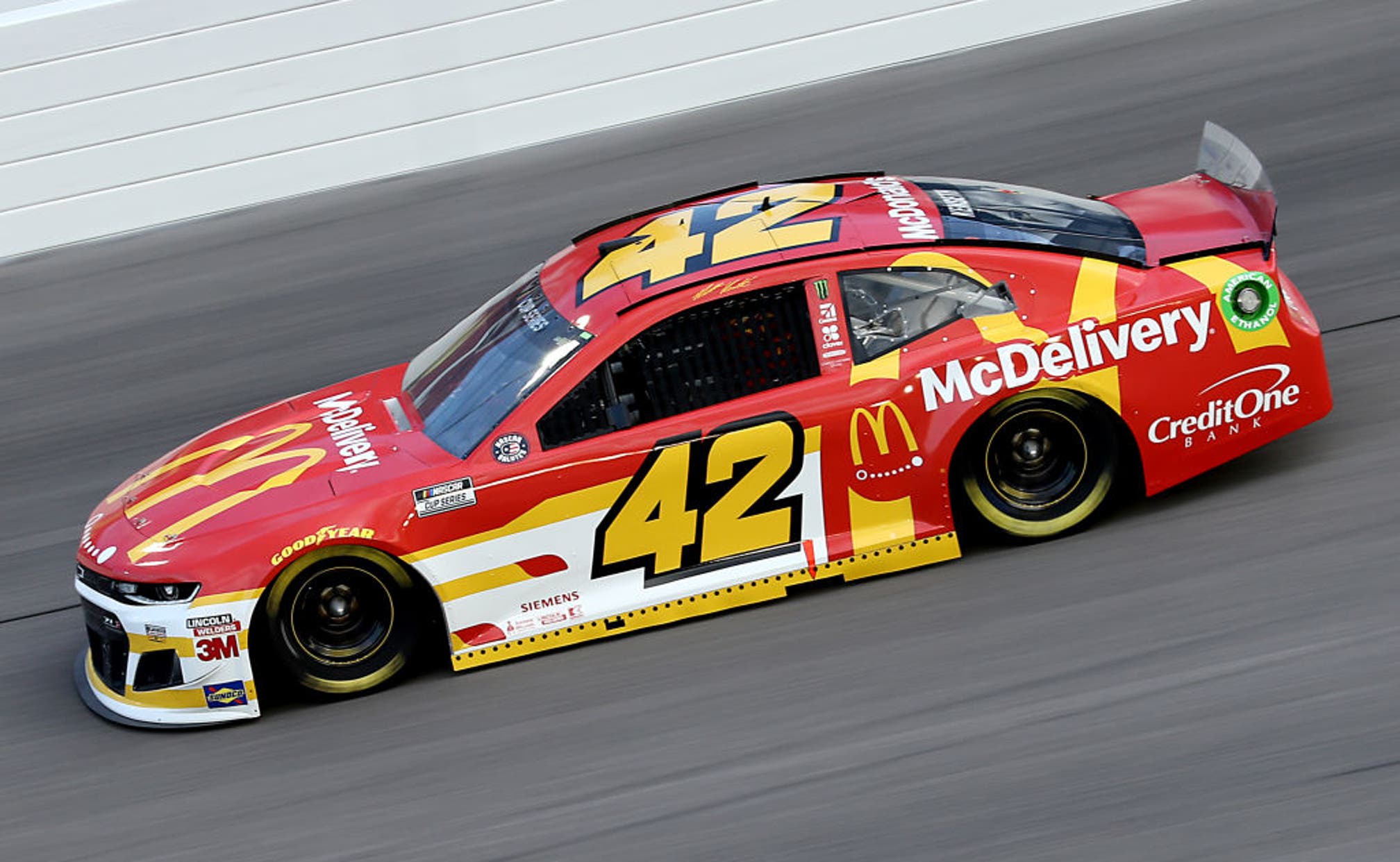 The day before Team Penske announced a contract extension for Brad Keselowski, the 2012 NASCAR Cup Series champion spoke philosophically about his future in the sport.

“I'm thankful to have a spot in the sport [and] hoping it will last for a long time,” Keselowski said. “If it doesn't, I know I did all I could do.”

A driver who had just won for the third time in 20 races this year, has 33 career wins, and is at the prime age of 36 is wondering how much longer he will last in the sport?

That’s NASCAR free agency in a nutshell. Unlike other sports, where it seems the superstars can continue as long as they are healthy and it is the very-good-but-not-great who get squeezed out by salary cap numbers, NASCAR free agency doesn’t abide by any rules.

No salary cap. No free agency dates as far as when drivers can sign contracts. No collective bargaining agreement as far as rights for drivers, minimum salaries, franchise tags or anything of that nature.

With several drivers set to become free agents next year, Keselowski’s signing does take one solid ride off the table. Others remain, including at top teams Hendrick Motorsports, Joe Gibbs Racing and Stewart-Haas Racing.

Despite his success, Keselowski apparently never got the solid negotiating battle he would have wanted. A driver's salary is often based on what sponsorship the team has or the estimated sponsorship the team feels it can land. The more sponsorship, the more money a team can pay its driver, who also likely earns 30-50 percent of what the team gets for competing in each race and for its finishing position.

With sponsorship numbers already dropping before the pandemic – and now expected to drop more amid the pandemic – it has put the current drivers looking for rides in an even more delicate situation.

“It's certainly been much different than years previous in my career,” Keselowski said. “Nobody likes it. There's nobody really winning, I can tell you that.

“You try to keep perspective. I still have a great job. A lot of people don't have a job at all. I don't think what they want to do is hear me whine about mine.”

Sources indicate Keselowski signed a 1-year deal at Penske, a place where sponsorship from Miller Brewing Company used to be a full season and now is just one race as a primary for Keselowski. The team has pieced together sponsorship from several different companies.

It’s no surprise that many of those companies are involved in the automobile or transporation business. Penske actually has an advantage when it comes to sponsorship. Both Penske and Hendrick Motorsports team owner Rick Hendrick are successful car dealers. Penske also has a rental truck business. Many of their sponsors have a business-to-business element to them, such as Hendrick with NAPA Auto Parts and Valvoline or Penske with Shell/Pennzoil.

If teams can’t get sponsorship, they are forced to find drivers who can bring sponsorship or have the wealth to partially fund their rides. While more common on the developmental series, such as Xfinity and Gander RV Trucks, there are a handful of Cup drivers who help fund their rides or have a close tie to their sponsor.

With much of the success dictated by the quality of equipment, teams could be willing to take a chance on an unproven driver who is cheaper and likely can run respectable in the quality equipment, than potentially pay a proven driver a bigger salary in hopes of landing enough sponsorship to cover the cost, as well as for the driver to be a championship contender.

With commission on brokering sponsorship deals often around 10 percent, if a driver can bring a sponsor to a team, the driver can pocket the commission and ask for less salary.

“One of the things that really stands out that's changed the landscape is the threshold or the bar, so to speak, you have to pass as a driver to be eligible for the Cup Series,” Keselowski said. “It's been lowered significantly since I've been a part of the sport.

“That's starting to bring a wave of kind of paid drivers, so to speak, drivers that pay for their ride. That really does a lot of damage to the contract market when there's drivers out there that are willing to pay for your ride, let alone you getting paid.”

Because sponsorship plays such a big role, the marketability of a driver also influences decisions. Kyle Larson, who was fired from Chip Ganassi Racing in April after using a racial slur on what he thought was a private internet racing channel, is considered by many as the top driver available. Larson has raced sprint cars all summer, piling up the trophies against the best in dirt racing.

But no one really is sure if a sponsor or manufacturer would be willing. Hendrick Motorsports, still looking for a replacement for Jimmie Johnson, and Stewart-Haas Racing, which has a couple of drivers in their final years for deals, would be candidates for Larson if they can make it work.

Ford Performance Motorsports global director Mark Rushbrook danced around a Larson question during a session with the media Tuesday on whether he has started discussions with Ford executives on whether they would endorse Larson’s return.

“What I can say is we’re looking at all of our options. ... We’re here to win races in the right way,” he said. “We want to be competitive on track.

“We want to have our innovation and tech transfer and we want the marketing out of it, so we're looking to see what we can do with any open seats for next year to fill them with the best driver.”

The marketing side also could impact the future of Bubba Wallace, who was offered an ownership stake by Richard Petty Motorsports in hopes of keeping him at that organization.

Wallace, who has been at the forefront in advocating for racial equality as the only Black driver in the Cup Series, has more name recognition now than possibly any free agent. If there was a time for him to potentially get a ride at a deeper team, this could be his only chance to do it, as his performance this year also has shown a considerable uptick.

And then there’s the unpredictable. Leavine Family Racing owner Bob Leavine announced Tuesday that he would sell the team after this season. LFR was critical in Toyota’s ability to keep two young drivers – Erik Jones and Christopher Bell – in its stable with Jones at Joe Gibbs Racing and Bell at LFR.

The sale of LFR doesn’t mean that there will be a team the caliber of LFR in its place. Spire Motorsports is the expected buyer, according to sources familiar with the deal, but it won’t have a Toyota relationship and the organization is still finding its footing in its second year as a race team.

Jones is a free agent, while Bell’s contract with Toyota requires him to have a Cup ride. And at the moment, there is not room for both of them at JGR. A few days before the LFR announcement, Bell said he was trying to focus on this year.

Bell works as his own agent, which can potentially help and hinder him. There are eight agents who handle most of the Cup garage so they obviously have a good idea of what is coming and going before word becomes public, and they can lobby for their drivers.

It appears that JGR will need to make a decision soon on Bell or Jones. The one left out likely becomes a candidate at Hendrick. It is part of the chess match for drivers and teams trying to determine whether they wait.

Last year, Daniel Suarez thought his talks with Stewart-Haas Racing progressed well enough that he didn’t want to give up hope on that ride while teams he would have been a candidate for, such as JTG Daugherty Racing, ended up signing someone else.

Suarez ended up at Gaunt Brothers Racing, which is running full-time this year for the first time in team history. Its results show that.

Matt Kenseth, a veteran who was still winning races, couldn’t find the right opportunity at a salary he wanted and ended up running part-time in 2018 and not at all in 2019. He ended up replacing Larson.

Kenseth hasn’t had the success he wanted, and seeing him return for a 10-month grind of a season next year seems less likely than it did when he got the Chip Ganassi Racing ride.

Ganassi’s sponsors could look at Wallace (he has a relationship already with McDonald’s) or an up-and-coming driver such as Ross Chastain. But what if a Clint Bowyer or Aric Almirola, both of whom have good relationships with their current sponsors and are negotiating for next season, get pushed out at SHR? Or Matt DiBenedetto with the Wood Brothers?

Much like Keselowski, those drivers hope they still have a spot in the sport in 2021. And they will be thankful if they do.

Hendrick Motorsports has only one top five finish in the last eight races of 2020, and none in the last five. So how about Michigan?

HMS has failed to finish top five in the last five Michigan races.

“Everybody here, ... to have to stand in front this morning and tell them what we were doing and how we want to go out – with our heads held high – that sounds real good and reads really good, but it’s difficult to do.” – Leavine Family Racing owner Bob Leavine, who is selling the assets of his race team