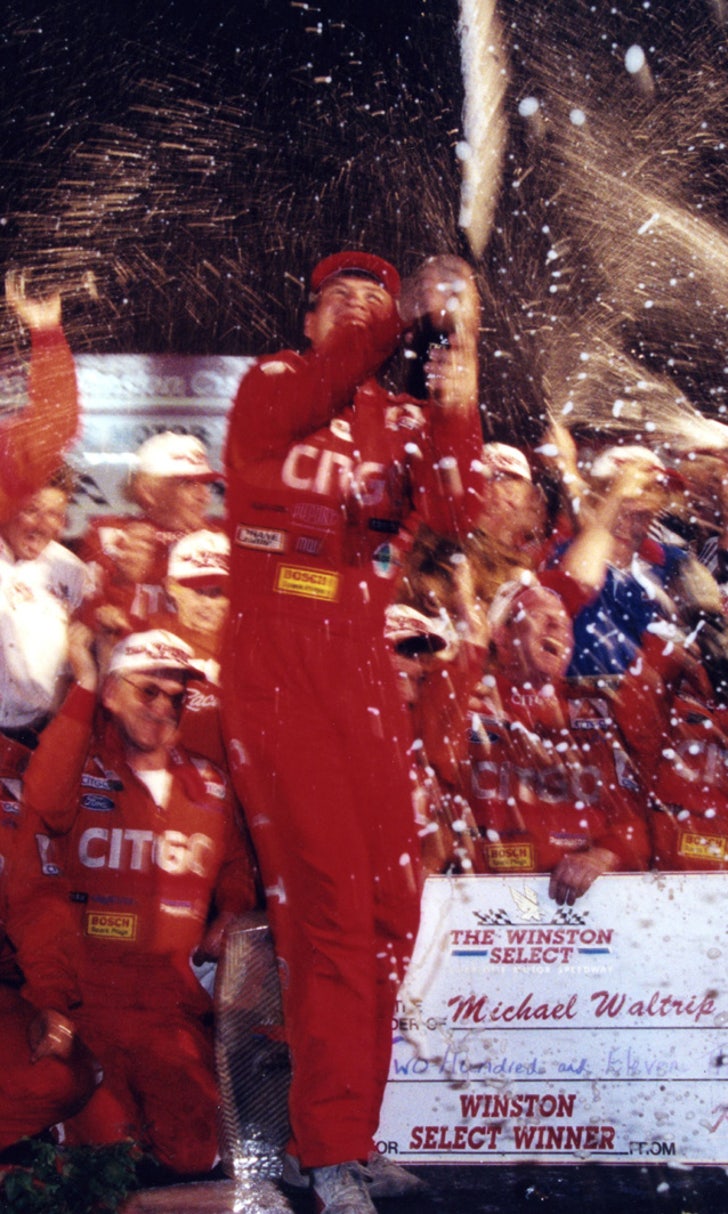 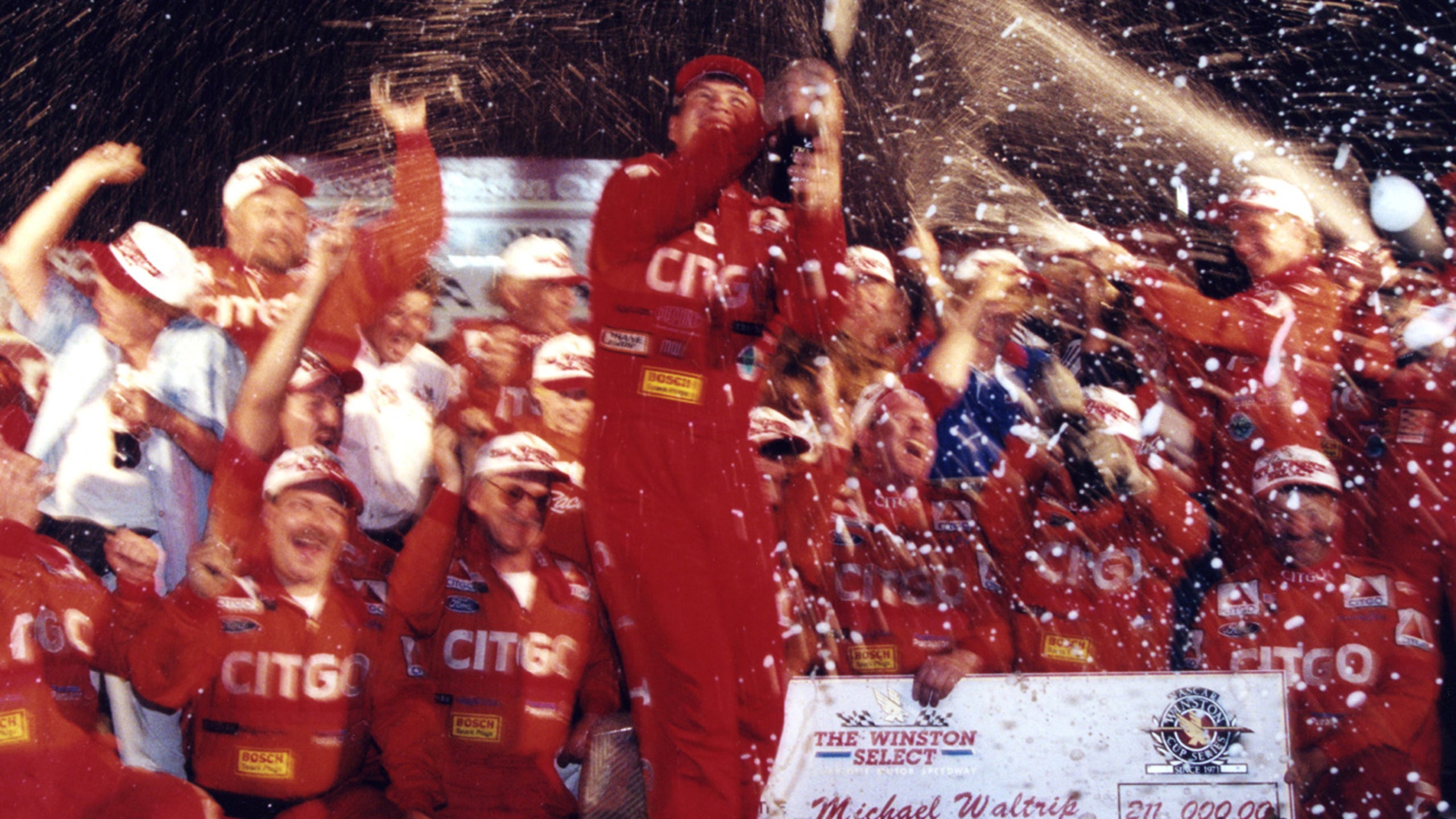 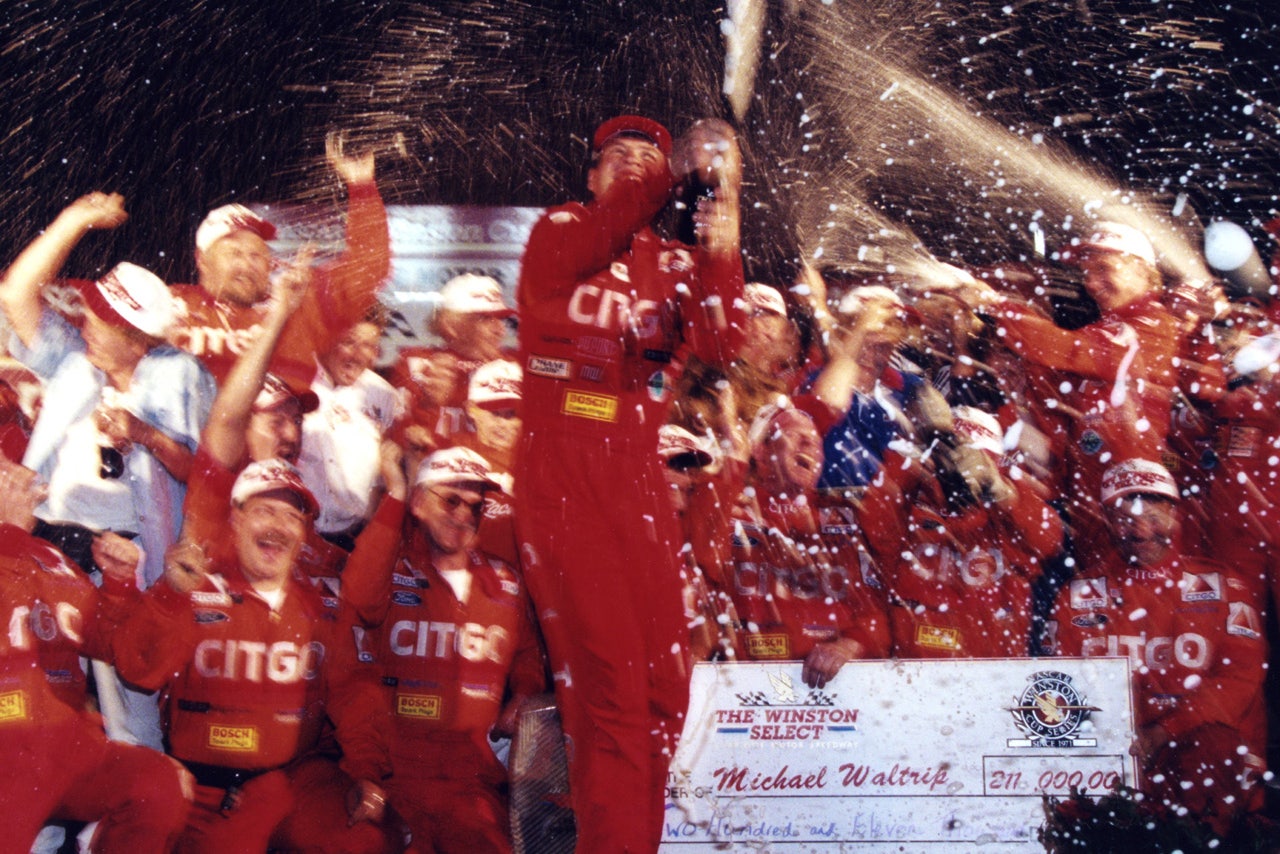 At 6'4", Michael Waltrip physically is among the biggest NASCAR Sprint Cup Series drivers to ever climb behind the wheel of a race car. But 20 years ago at Charlotte Motor Speedway, he looked more like The Little Engine That Could.

Saturday's NASCAR Sprint All-Star Race (live on FS1,9 p.m. ET) marks the 20th anniversary of Waltrip winning the annual non-points event after starting from the rear of the field.  In doing so, he became the first driver to win the race after advancing from the qualifier.

"It's hard to believe it's been 20 years," said Waltrip, a FOX NASCAR analyst since 2012.  "It's kind of crazy thinking back to everything that was going on in my life then and how much things have changed.  That race is a great memory, and I cherish the fact I was able to win with the Wood Brothers."

Waltrip, then 33, took the legendary Wood Brothers Racing team to Victory Lane the hard way, racing his way in from the qualifier because he wasn't automatically locked in by virtue of a Sprint Cup win. To date, only Ryan Newman has matched the feat, doing so as a rookie in 2002.

Without a Sprint Cup win to his credit, Waltrip may not have been front-and-center on everyone's radar heading into the 1996 All-Star Race.  But he was determined and quietly self-assured, although it was his first season with the No. 21 team. 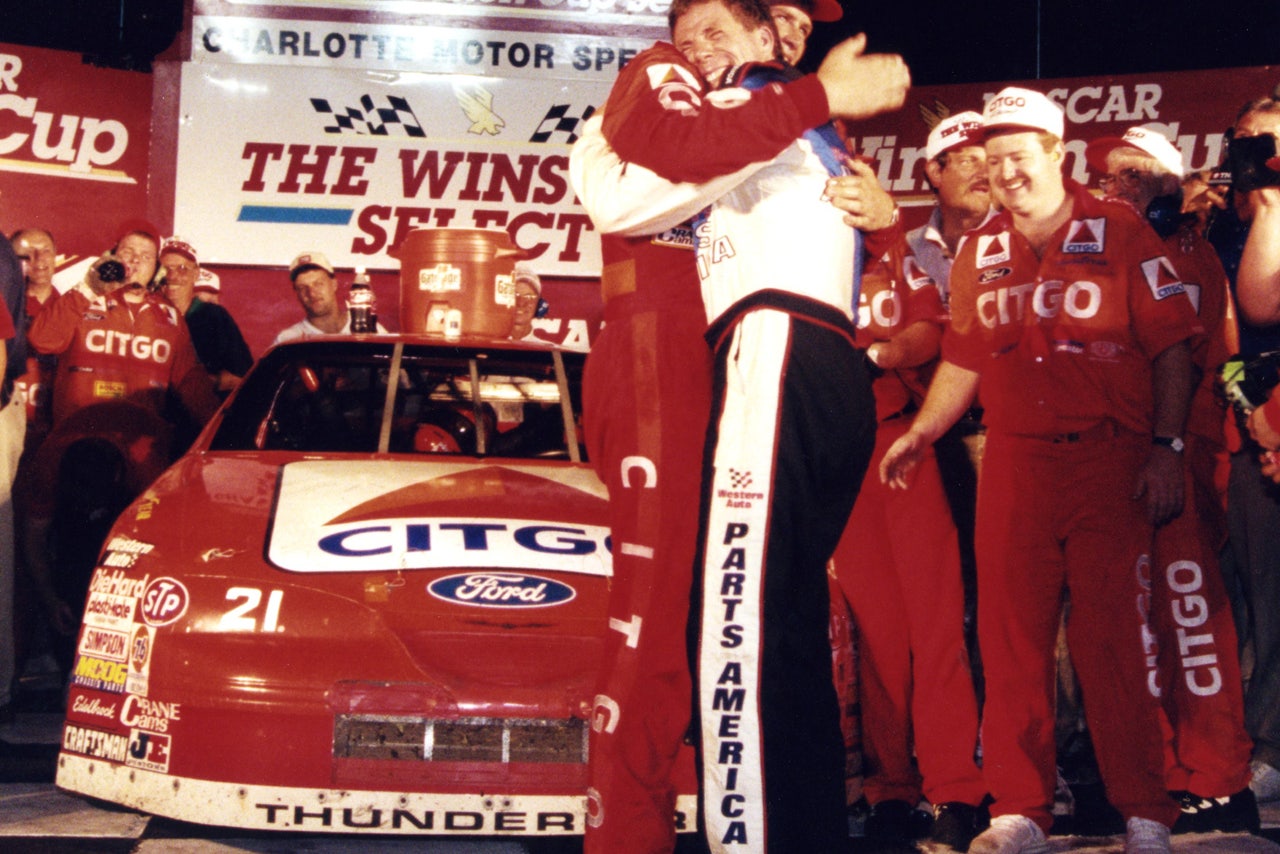 Driver Michael Waltrip gets a big hug from brother Darrell Waltrip after winning the 1996 The Winston Select race on May 20, 1996.

"I was really confident going into the race," he recalled.  "We started the season off well and were in the top five or six in points when we got to Charlotte.  I believed we were due a win and were going to win, so I went in with that attitude.  The fact I'd never won before didn't bother me because I knew I should have won some races prior to that, and this was my best opportunity.  Every day we went to the track, I was looking forward to my chance."

That chance came when he passed Dale Earnhardt, Terry Labonte and Rusty Wallace for the lead.

"We started the All-Star Race last, and in first segment, made it all the way to 10th," Waltrip recounted.  "I remembered Eddie Wood telling me they were going to invert the field, so I was going to have to pass everyone again.  Therefore, I felt it was important to understand how my car was handling and how it would respond if I pushed it, so I ran as hard as I could.  Sure enough, they inverted the field. Then I drove from 10th to fourth in the second segment. On the restart, I was able to get around Rusty (Wallace) on the outside and got into third right behind Dale (Earnhardt) and Terry (Labonte).  When we came across the start/finish line, they were side-by-side going into turn 1. Dale got a little loose, they bumped and I was able to mat it, hold it to the left and hope I could clear them. I came out on the other side with the lead. Then I ran probably the best eight laps of my life to get the checkered."

Amidst an array of emotions, Waltrip says his overriding sentiment was one of gratitude.

"The Wood Brothers gave me the key to their family car," he explained.  "I was thankful they believed in me, trusted me and gave me a chance, so I was so happy to deliver what they thought I was capable of.  Dale (Earnhardt) came to Victory Lane, and I was thankful for his presence there.  He was a big part of me getting that ride.  My brother (Darrell Waltrip) came to Victory Lane, which meant a lot because he was always an inspiration to me."

With the most magnified emotions Waltrip had ever experienced in a race car came the most extravagant windfall of his career. The NASCAR Sprint All-Star Race didn't tender the $1 million winner's purse of today, but it was the highest-paying show of its time.

"That was the biggest paycheck I'd ever had in one race," Waltrip recalled.  "We won $211,000, and I got roughly half. So, I bought Mom and Dad about half of a house in Sherrill's Ford (N.C.) with my portion of the purse. We always had that special memory tied to their home. The money's long gone, but the trophy is still sitting proudly in my apartment, and I smile every time I see it."

Waltrip and his parents weren't the only ones beaming.  He says reaction in the garage was overwhelmingly positive, if not for him, then because of the industry's affinity for his car owners.

"People were so happy for the Wood Brothers because it had been a while since they'd been to Victory Lane," the Kentucky native reflected.  "They sort of took a chance on me, and it paid off."

While the victory was sweet, it didn't break Waltrip's official Cup Series winless streak, which climbed to 462 races before he snapped it in the 2001 Daytona 500.  Waltrip says he often thought back to his success in the 1996 All-Star Race while looking for his first points win in NASCAR's premier series, a practice that produced faith in himself and his abilities.

"You just believe," said Waltrip, who now owns four Sprint Cup, 11 XFINITY Series and one Camping World Truck Series victory.  "You always believe.  You don't win NASCAR races without ability.  I'd won in the XFINITY Series and been so close to winning Cup races, so I knew I was capable.  You have faith in who you are as a driver and stay strong when things go wrong.  When there are challenges like there were up to and after Daytona in 2001, you remind yourself it will one day make sense why everything happens the way it does.  You may not figure it out now on this earth, but in heaven, it will all make sense."