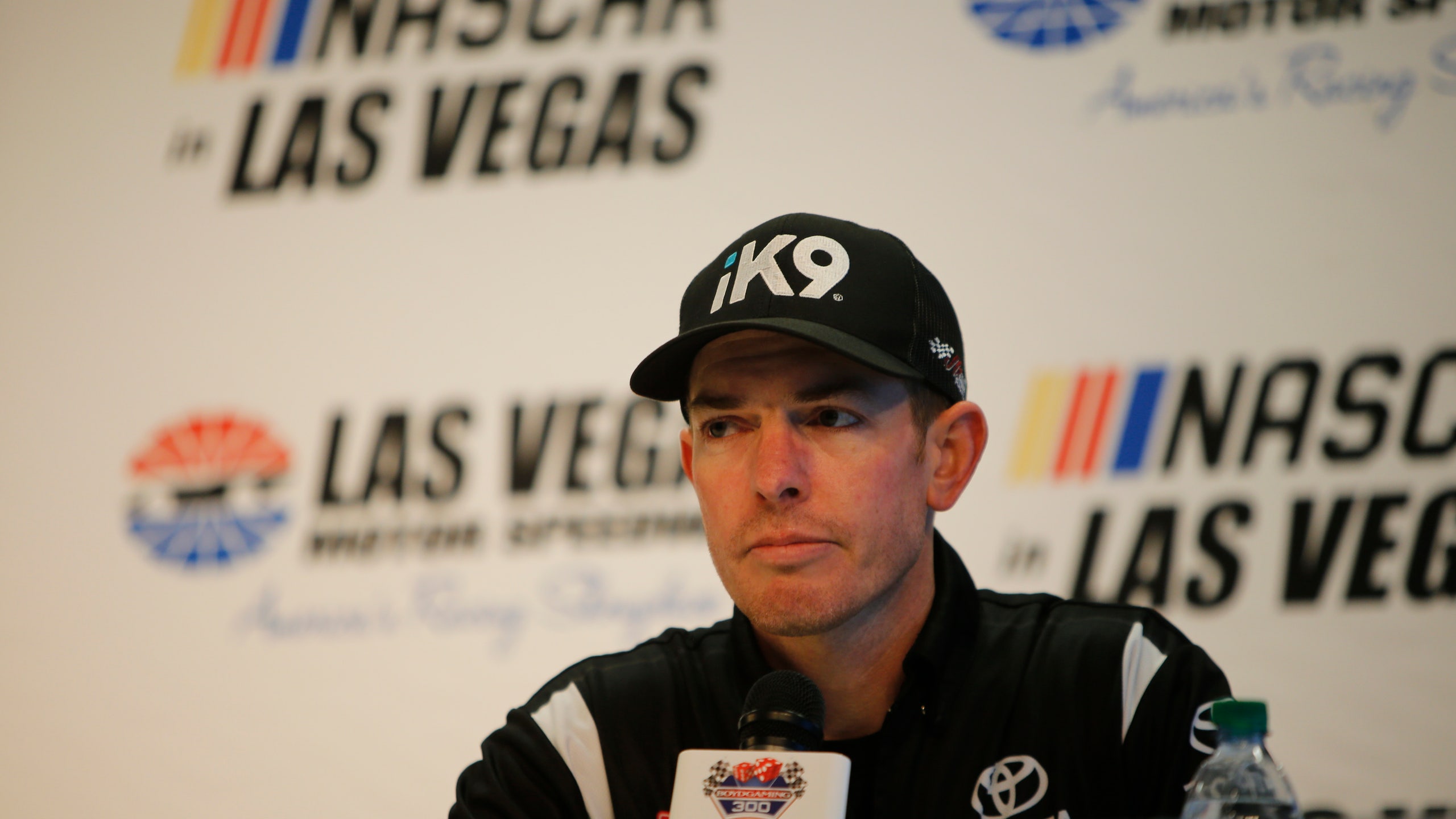 It’s not that he didn’t think he could, but after working on the No. 18 team for four seasons and then seeing Busch in 2019 win his second Cup title with Adam Stevens, Beshore figured that the Busch-Stevens driver-crew chief relationship was destined to last.

Beshore, Busch’s engineer from 2015-2018 and an Xfinity crew chief at Joe Gibbs Racing the last two years, takes over for Stevens in 2021 as crew chief for Busch and the No. 18 team. Stevens, after six seasons that included 28 victories and two Cup titles, will crew chief JGR’s Christopher Bell and the No. 20 team.

For both Beshore and Stevens, this wasn’t something they could have foreseen a year ago.

“When I left the 18 car as the engineer, we had just come off an eight-win season and we were in the Final Four, and the next season they go win the championship without me,” Beshore said. “I figured they were going to be together like a Chad Knaus and Jimmie Johnson ... I didn’t expect this to be honest.

“I have a lot of respect working for both of them. I think they’re both extremely talented. I learned so much working with Adam. That was the main reason I didn’t see anything happen there [with Busch].”

“I hadn’t put much thought into it,” Stevens said about whether he could envision after the 2019 title that the pair would split. “I just hadn’t.

“We were enjoying working together and we had results to show for it. It wasn’t even something that had crossed my mind.”

JGR hopes the move will provide long-term benefits, and certainly will be the offseason crew chief shakeup that gathers the most attention. Beshore has experience working with Busch and not just as an engineer. They have three top-10 finishes on the Cup side when Beshore served as an interim crew chief in 2017, as well as four Xfinity wins in seven races together in 2019.

Stevens, one of the most accomplished crew chiefs of the last decade, will now work with Toyota’s best up-and-coming prospect.

Beshore doesn’t need to be told what it’s like to work with Busch, whose extensive knowledge of the cars – in addition to his fiery persona – double as his biggest attribute, as well as potentially the biggest challenge for a crew chief.

Having worked with him for four years on a day-to-day basis for 38 race weekends, Beshore feels he understands where Busch is coming from when he gets upset or frustrated.

“I feel like I’m pretty even-keeled, calm, but competitive at the same time,” Beshore said. “I know when he gets upset, it’s not like he’s laying down by any means.

“He’s still out there driving the wheels off the thing. We’ll have our moments, but hopefully it is out of competition and not frustration with each other.”

Beshore got plenty of crew chief experience over the last couple of years. He worked with a mix of drivers in 2019, including Busch, Harrison Burton, Jeffrey Earnhardt, Riley Herbst, Matt DiBenedetto, Denny Hamlin and Jack Hawksworth. Beshore then spent the full 2020 Xfinity season with Burton.

Busch talked to Beshore about the possible change – before Beshore talked to any management – to make sure they were on the same page, Beshore said.

“Kyle and I always had a really good relationship and have a ton of respect for each other,” Beshore said. “That goes a long way and should get us started off on the right foot.”

While Beshore has familiarity with Busch, having spent four seasons with him, the same can’t be said for Stevens with Bell. They have never worked with each other, but Stevens has familiarity with his shop and road mechanical crew, who will mostly remain the same, which will ease the transition.

Two key members of the Bell team for 2021 are quite familiar with him. Car chief Chris Sherwood was car chief for Bell in Xfinity, and then was car chief for Erik Jones (the driver Bell is replacing) last year. Spotter Stevie Reeves will move with Bell from Leavine Family Racing to JGR.

Stevens will learn as much about Bell as he can through meetings, but he will have to learn some things at the track.

He knows he won’t have all the pieces to the puzzle by the first weekend. Practice and qualifying is planned for the season-opening Daytona 500, but the next five races on the 2021 schedule will just be show up and race.

“You need to know what he looks for in his race cars,” Stevens said. “It’s one thing to talk about that. It’s another thing to experience it from my side.

“That’s something that we’re not going to be able to nail down with conversations and sim tools.”

Don’t expect lengthy sit-downs between Beshore and Stevens, considering how much Beshore already has worked with Busch.

“The situation I inherited when I came up to crew chief the 18 car, and the situation that we built that into, were two different things.”

In the same fashion, Stevens said there will be some things he will need to learn for himself and can’t just ask former Bell crew chief Jason Ratcliff, who will be a crew chief for JGR on the Xfinity side after working with Bell the last few years in Xfinity and Cup.

“There’s so much information I can gather on the front side, I don’t want to have a preconceived notion about anything,” Stevens said. “As we get closer, I probably will have some conversations with [Ratcliff].”

There is one thing Busch and Bell have in common: they both hate to lose and often wear that on their sleeve. Bell might not be as spicy in interviews after a loss in a close race, but his mannerisms show how much he seethes.

And that’s really what it comes down to for both crew chiefs. They know they will be in the spotlight and both relish what 2021 brings.

“I was sort of surprised that it was available, but it for sure is something I wasn’t going to pass over by any means,” Beshore said. “It is an incredible opportunity to be handed the keys to run the ship with a two-time champion and a great organization at Joe Gibbs Racing.

“This is why I came here, and this is what I wanted to do.”

Stevens enters his 11th season as a crew chief, a career that included four years in Xfinity with two primarily with Busch prior to going to Cup.

“I’ve been coming to the work for the same driver for so long – I haven’t had this situation in eight years,” Stevens said. “Is it emotional? In the fact that KB and I have worked together for so long and now we’re not, there is emotions tied into that for sure.

“But there’s also opportunity in there, too. Christopher Bell is an extremely talented young fella in the beginning of his career ... It’s a whole different set of problems and a different set of challenges and a new guy to tackle them with. That’s got to get you pumped up for a little bit.”

Kevin Harvick and Alex Bowman were the two full-time NASCAR Cup Series drivers without a speeding penalty this year.

“Jeff (Dickerson) says, ‘I want us and you to run good enough in our stuff that we can’t afford you anymore.’ That makes you feel good." – Corey LaJoie on driving for Spire Motorsports co-owner Jeff Dickerson

A New Voice
Jamie Little is set to break barriers as the first woman to serve as the television voice of a national motorsports series.
2 days ago

Dueling For Daytona
The Daytona 500 entry list is beginning to take shape. And its chocked-full of surprises, writes Bob Pockrass.
6 days ago