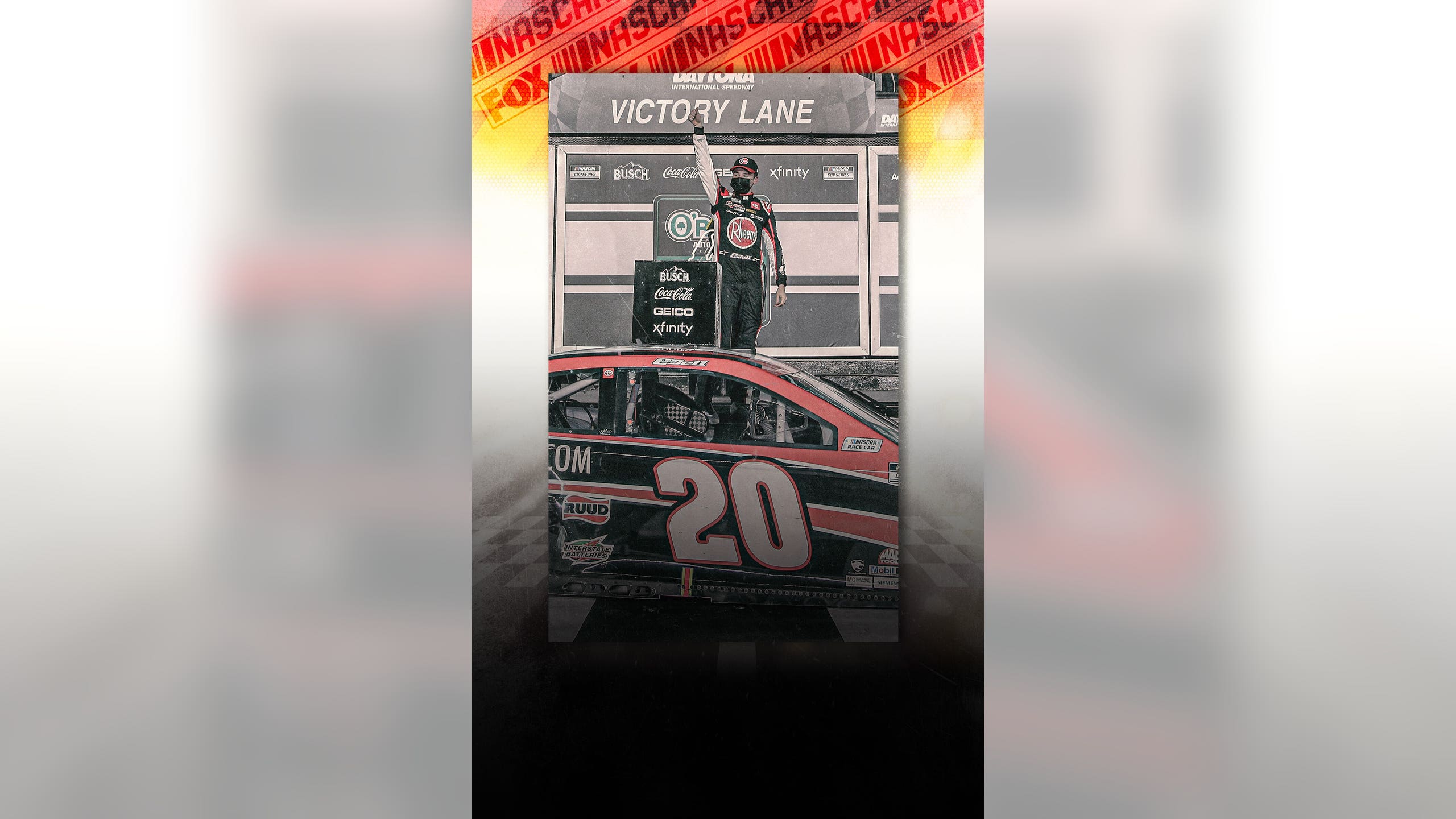 Bell, in his 38th career Cup start, went winless last year as a rookie at Leavine Family Racing but made the most of his move to Joe Gibbs Racing by winning in his second start with the team. It followed last week’s victory by Michael McDowell, who won the Daytona 500 in his 358th career start.

"This is definitely one of the highlights of my life so far," said Bell, who was on loan from JGR to LFR last year as part of the Toyota alliance. "I’m just so incredibly thankful to be here at Joe Gibbs Racing. ... It feels like I’ve prepared my whole life for this moment to race in the Cup Series."

Here are three takeaways from the O’Reilly Auto Parts 253.

It was a big weekend for Joe Gibbs Racing as Ty Gibbs, the grandson of team owner Joe Gibbs, won the Xfinity Series race Saturday and then Bell captured his first win. Bell replaced Erik Jones, who was released to make room for him.

"Watching last night and seeing Ty win was such a special moment," Bell said. "I was so proud of Ty. Obviously, Joe Gibbs Racing does a great job giving everybody great equipment.

"I knew that going into this year that I was going to have to perform. ... It’s a dream come true."

It was a full Daytona sweep for Toyota with ThorSport Racing’s Ben Rhodes won the truck race Friday.

NEVER OUT, NEVER IN CONTROL

While Chase Elliott had won the previous four road-course points races in Cup, and while he was dominating the race Sunday, the nature of these races can make them unpredictable.

From Mother Nature to crashes that aren’t a drivers’ fault, things happen fast. Don’t forget, that Elliott once won on the Charlotte road course after wrecking in Turn 1.

A caution for a light rain with 14 laps left certainly impacted the race, but an official saw the track changing color in Turn 2 of the oval so NASCAR threw the caution, jumbling the field as 11 cars stayed out and did not pit.

Bell was the highest driver (in 12th) on the restart who had fresh tires with 12 laps to go. Joey Logano, who was the leader on old tires, couldn’t hold off Bell, who passed him with just over one lap remaining.

"Just too many laps," Logano said. "That’s what it comes down to: One lap could have made the difference. You hate being that close but at the same time, I look at where we’ve come from and had a really solid race. ... Getting passed coming to the white flag stings a lot."

Elliott also took tires and when trying to rally, he got spun as part of an accordion behind Brad Keselowski and with Denny Hamlin behind him. He led 44 laps but finished 21st.

"When you have the late race cautions like that and you have a mixed bag of who stays and who goes, it’s a bit of a gamble either way," Elliott said. "I felt tires was the right move. Tires [for Bell] won the race. ... I hate it.

"I made too many mistakes. I went off-track and just a bad deal."

Logano and Keselowski met Sunday morning, seven days after they tangled at the finish of the Daytona 500. Keselowski, who tried to make a move to pass Logano for the win and then hit the back of Logano as Logano tried to block the run and get a push from Keselowski, seemed a little more bitter.

"I don’t really think what happened at Daytona big track has anything to do with most of the rest of the season," Keselowski said. "The speedway races are their own animals, and there’s something to be learned from last week and hopefully we will learn. ... It’s certainly not a high coming off of last weekend.

Logano said he felt the conversation was productive.

"We’re fine," Logano said. "We had a good conversation, everything that I would hope it would be – very honest and open. ... I think everything is going to be good moving forward.

"It was a healthy conversation. I’m glad we waited a few days to cool our jets."