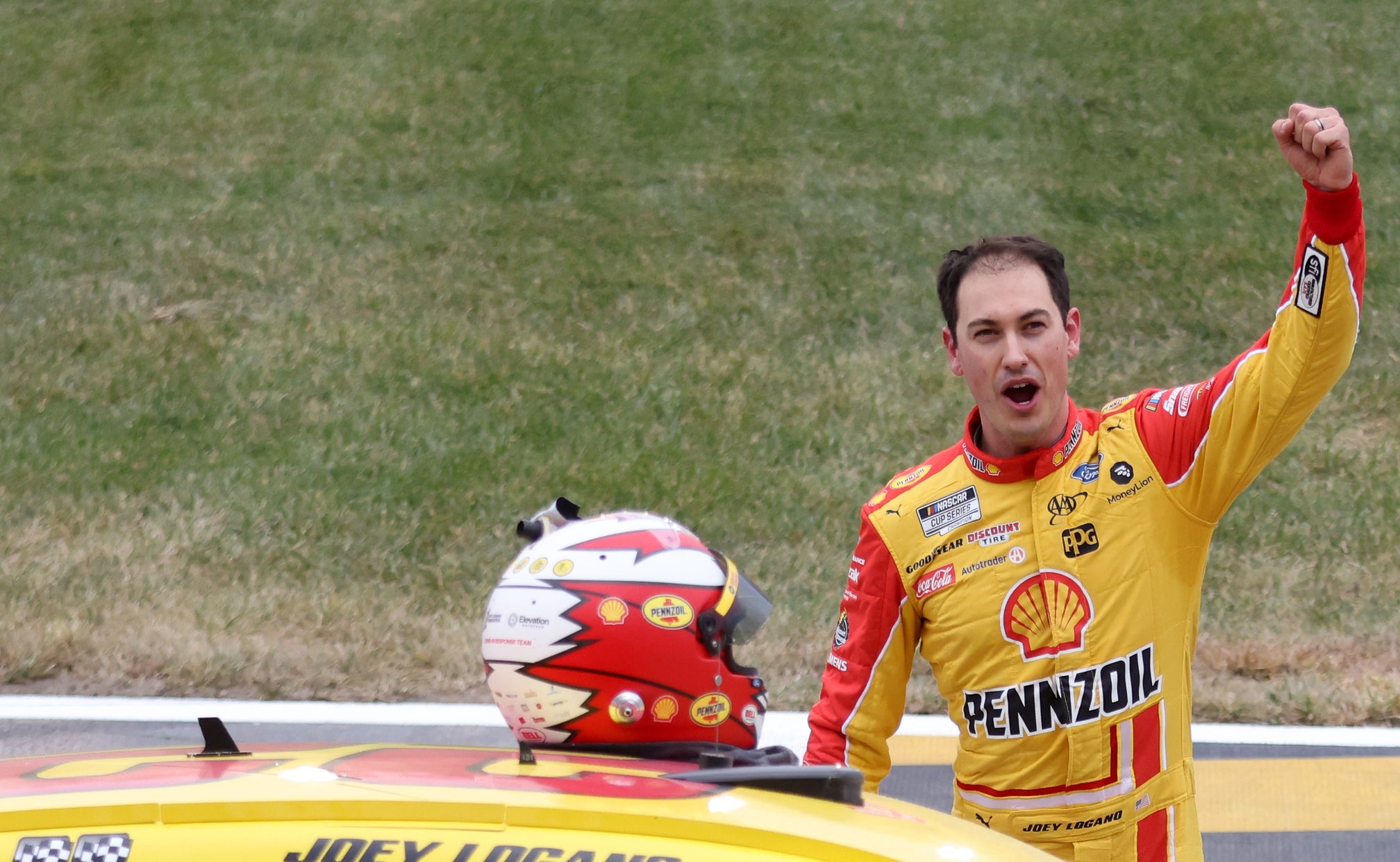 Joey Logano won the opening race of the 2018 NASCAR Cup Series playoffs semifinal round and used that to catapult him to a championship.

He hopes history can repeat itself in 2020, as he opened the round of eight with a victory Sunday at Kansas Speedway.

How big is winning the first race in the round? It sounds as if it should be huge, as the driver and team doesn’t have to worry about the next two races since they know they will have a shot at the title in a few weeks at Phoenix Raceway.

Their competition will stress this week in preparing for Texas Motor Speedway and all but possibly the Texas winner will stress again preparing for Martinsville Speedway, the race that will eliminate the four playoff drivers with the fewest points and winless in the round.

“I think it means a lot, if I'm being honest,” Logano said. "I've lived this story once where you really just kind of – you're not last minute trying to throw together a championship car for Phoenix because you're trying to build so many other ones.

“It just gives the team time to really start focusing on a car that can put us in the position to win.”

The round of eight used to be Martinsville-Texas-Phoenix, but changed to Kansas-Texas-Martinsville this year, creating a little different dynamic with back-to-back 1.5-mile tracks with similar pressure to perform.

Drivers and teams could look at this win and what it means in a couple of ways. Only twice in the six years of the format — but it is twice in the last four playoffs — has a driver who won the opening race at Martinsville went on to win the title: Jimmie Johnson in 2016 and then Logano in 2018.

No driver who won Texas – the second race in the round which is theoretically also advantageous from a preparation standpoint – has went on to win the title two weeks later.

So while it sounds good to have extra time to prepare, it certainly doesn’t seem to predict that a driver will win the championship.

“A lot of guys feed off that,” said Logano crew chief Paul Wolfe. “It keeps everyone motivated knowing we're the best. It gives everyone confidence, right?

“No, we don't need to go to Texas and run well. But if we go to Texas and run 15th, that doesn't feel very good. It doesn't motivate too many people. I get it, Texas is totally different than Phoenix, but it's still nice as a team to be able to go out there and perform.”

Last year, Martin Truex Jr. won at Martinsville and his team actually sent its car chief home from one of the next couple of races just to help oversee getting the car ready for the championship race. Truex finished second at Homestead for the title.

Truex said it helps from the team preparation standpoint more than just from a stress standpoint.

“It’s a little bit of an advantage just because you kind of know your game plan and you know you are going to Phoenix and you get to work on it, so you don’t have to spend quite as much time on Texas and Martinsville, depending on which race you win,” Truex said prior to the race Sunday.

“It just gives you a little extra time to prepare. You lift two weeks off the hot seat there. It’s pretty relaxing.”

Kevin Harvick has won the last three fall Texas races and has finished third at Homestead (albeit not one of his team’s best tracks) each of those three years.

“As you look at the next two weeks, obviously it takes definitely some pressure off of him,” Harvick said about Logano’s win. “It could or it couldn't [matter at Phoenix]. You never know.

“It just allows you to get prepared a little bit better.”

For Logano’s Penske team, that preparation for Phoenix gets cranked up this week.

“You’re 100 percent focused on one more race,” Logano said. “We know we can't finish worse than fourth in points, you know what I mean? We know we're in it.”

Logano should have a good idea what he wants at Phoenix. He won there earlier this year, so his team has a good baseline.

For Wolfe, though, the victory at Kansas might have just as much impact on his next trip to Phoenix as did the win in March.

“The extra preparation's great, having the win [at Kansas],” Wolfe said. “Things continue to evolve.

“We can't unload the same exact car as we raced earlier this year at Phoenix and think that's going to be good enough, right? We've got a whole pretty much season of racing, development. Everyone's getting better.”

Chase Briscoe won for the ninth time this year, locking himself into a spot in the championship round at Phoenix and certainly helping himself if there were any doubts at Stewart-Haas Racing that he is the right man to replace Clint Bowyer in the No. 14 Cup car next year.

“I talked to Tony [Stewart] and everybody at SHR this week and they said to focus on this week and then we will talk about it,” Briscoe said. “I think winning the race is certainly going to help that situation.

“We will go into next week and anytime you can bring a trophy back, it helps the cause. We are staying hopeful though.”

Brett Moffitt, the 2018 series champion, earned his first win of the season and clinched a spot among the four championship finalists with the victory at Kansas.

It was a relief for the 28-year-old driver, even if it came with a late block of GMS Racing teammate Zane Smith, who was sent spinning as they battled for the lead late.

“I apologize to [him] for the poor block on my behalf and costing him a good finish and hopefully we can move on from that and keep building and work toward the championship,” Moffitt said.

Chase Elliott is the only driver to have led a lap in each of the seven playoff races.

“I'm A-OK with being the underdog. I’ve kind of been there for most of my career.” – Joey Logano

Pivotal Pivot
John Hunter Nemechek has a plan. And it involves taking a few steps back in order to take one forward, writes Bob Pockrass.
9 hours ago