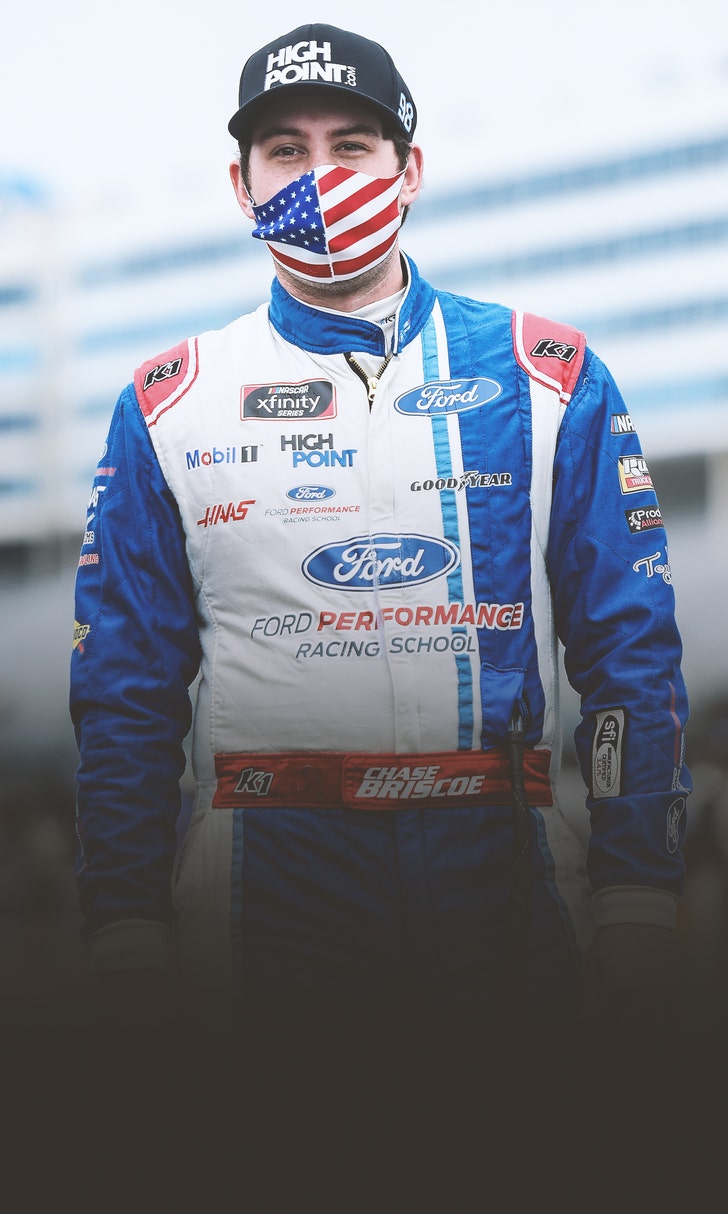 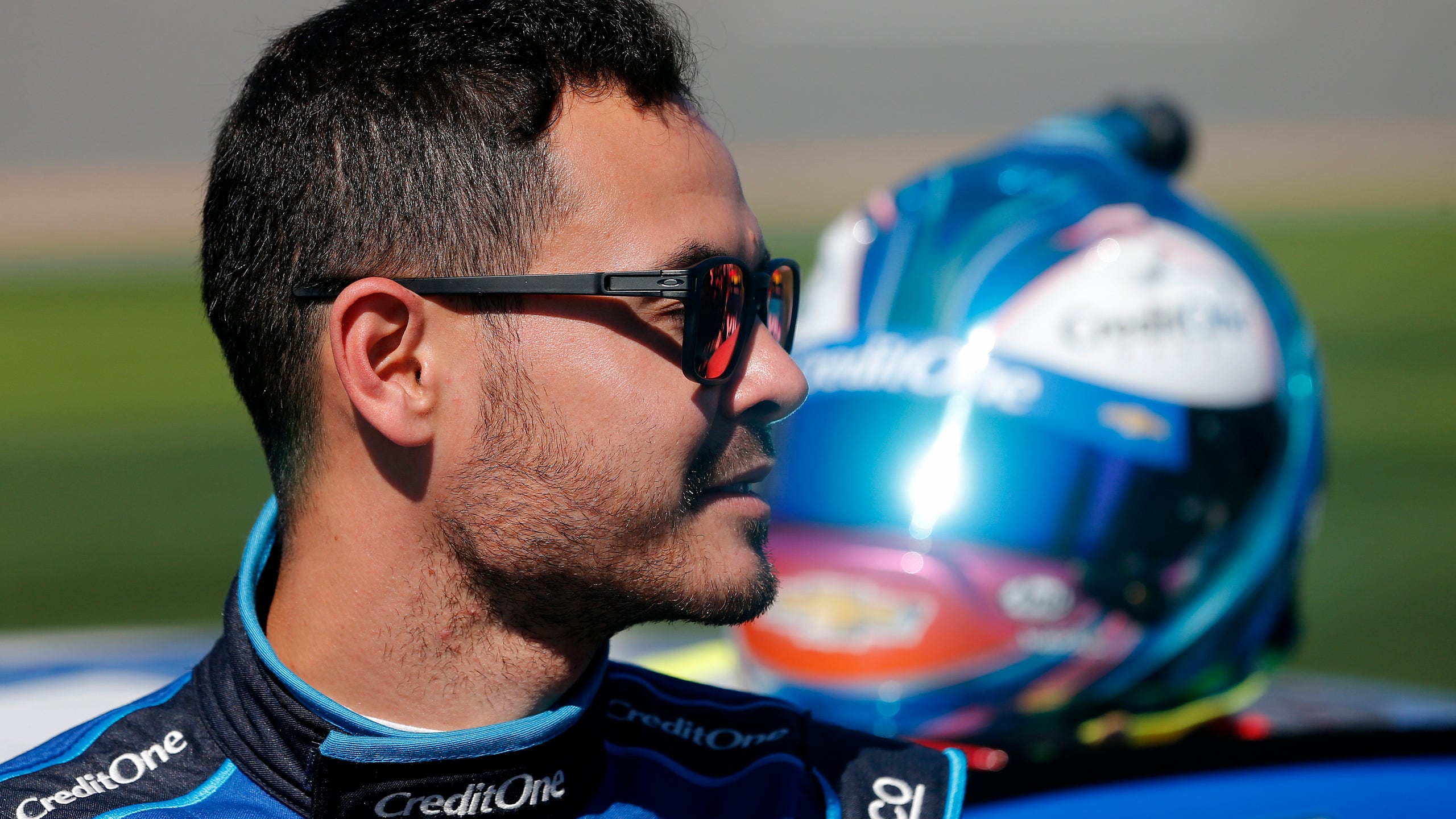 Many drivers have spent December meeting and learning about their new crew chiefs or teams. Some also have had meetings with new spotters, the team member who helps drivers know where others are on the track as well as when wrecks are occurring.

The biggest unknown still for 2021 is what Front Row Motorsports will do with its No. 38 car, after John Hunter Nemechek opted to head to the NASCAR Camping World Truck Series and drive for Kyle Busch Motorsports.

Front Row needs funding for that car so its decision likely will come down to the best sponsor-driver (or driver with funding) combination. The team doesn’t seem to have a sense of urgency, and indications are it won’t be until January before the team makes the decision.

Here is a summary of the new driver-team and driver-crew chief changes for 2021 and a look at why those moves were made. Also in this list are new driver-spotter combinations — spotters play a pivotal role in fan engagement with their driver because that is the voice, other than the crew chief, they hear most when listening to the radio on their scanners or through the NASCAR digital platforms

No. 5: Kyle Larson joins Hendrick Motorsports, where he will have former Jimmie Johnson crew chief Cliff Daniels. His spotter will be Chris Monez, who was Ty Dillon’s spotter last year.

Why the change: Larson is reinstated by NASCAR after his suspension for using a racial slur in April. A free agent and one of the top talents available, he lands at an organization looking for a proven winner following the retirement of Jimmie Johnson. Daniels, a highly respected engineer at Hendrick, gets another chance at crew chief after 16 months with Johnson.

No. 7: Corey LaJoie joins Spire Motorsports, where his crew chief from Go Fas Racing, Ryan Sparks, will join him. Geoff Doucette, who did not spot in Cup last year, will spot for LaJoie.

Why the change: Spire bought the Leavine Family Racing shop and after two years of having Premium Motorsports field its car, Spire is now doing it on its own. The team wanted a driver who wanted to grow with them and found that in LaJoie, whose scrappiness fits in with the team’s mojo. Former Hendrick crew chief and current NBC analyst Steve Letarte has been hired as a competition consultant for Spire. He will play a pivotal role as a liaison to Hendrick, which will lease cars to the team. The team also should get cars from Ganassi.

“Everybody involved has been with a race-winning organization or had their hand in building one,” LaJoie said. “Those guys know what it takes.”

No. 14: Chase Briscoe takes over the Stewart-Haas Racing car previously driven by Clint Bowyer, who has gone to the FOX Sports booth. His crew chief is expected to be John Klausmeier, who was crew chief for Bowyer last year. His spotter has not been announced.

Why the change: Briscoe won nine races in the Xfinity Series in 2020, enough to prove he deserved a shot in the Cup car.

No. 18: Kyle Busch will have a new crew chief if Ben Beshore, who was the crew chief for Harrison Burton on the Xfinity side last year.

Why the change: Busch and Stevens had won two championships together, but just two races since the Pocono race in June 2019. Beshore and Busch had success working together in the Xfinity Series.

Why the change: When Bob Leavine decided to sell his team, Toyota needed to find a place for Bell or risk losing him. With Jones not getting the finishes of his JGR teammates, Bell was chosen to replace him. He has an experienced crew chief in Stevens.

No. 23: Bubba Wallace is the driver for the new 23XI Racing, co-owned by Denny Hamlin and Michael Jordan. Mike Wheeler, who was competition director at LFR and a former Hamlin crew chief, will crew chief. Wallace’s spotter, Freddie Kraft, will continue to spot for Wallace.

Why the change: Wallace was looking for a place that could have more resources than Richard Petty Motorsports and had some sponsorship he could bring to this new team. Wheeler has the experience of working for LFR as part of its alliance with Joe Gibbs Racing, and 23XI Racing will have a similar alliance.

No. 24: William Byron has a new crew chief, as Rudy Fugle comes from Kyle Busch Motorsports (where he won several races with Byron) and replaces Chad Knaus, who has moved to a management role at Hendrick Motorsports.

Why the change: The decision by Knaus to move into management to give him a little more family time resulted in the team searching for a crew chief. With Fugle’s success at KBM and familiarity with Byron, this seemed as a solid fit.

“A lot has changed since (we worked together), but, at the same time, we can definitely apply a lot of the things that we did back then in our communication and our style together,” Byron said.

No. 38: Driver TBA to replace Nemechek.

Why the change: As the team was deciding whether Nemechek would return, Nemechek opted to go to KBM, where he will be expected to win races and contend for the title in the truck series.

No. 42: Ross Chastain replaced Matt Kenseth behind the wheel, while Phil Surgen will remain as crew chief for the Chip Ganassi Racing car. Surgen took over during the 2021 season. Brandon McReynolds, a part-time driver, will spot for Chastain.

Why the change: Kenseth wasn’t expected to do more than the 2020 season as the replacement for the fired Larson. Chastain, who has been under contract with Ganassi the last couple of years, has shown he is a fierce racer – which at times can be good and at times lead to mistakes.

Why the change: Jones was the best driver available when Wallace opted to leave RPM.

Why the change: With Gaunt Brothers Racing not having a charter, its status for next year has not been determined – leaving Suarez looking for a ride. Trackhouse gets a driver who has experience battling for a playoff spot.

No. 77: Spire Motorsports will use multiple drivers in this car in 2021. Justin Haley will drive in select races. Kevin Bellicourt, who was crew chief for Derek Kraus in the trucks last year, will be crew chief for this car.

No. 78: B.J. McLeod will be the driver for the team he co-owns with Matt Tifft.

No. 19: Martin Truex Jr. will have a new spotter, as Toyota test driver Drew Herring will take over that role previously held by Clayton Hughes.

No. 34: Michel McDowell will have a new spotter in Truex’s former spotter Hughes.

Kyle Busch is tied for third with 16 consecutive seasons with a Cup victory. Topping the list is Richard Petty (18), then David Pearson (17), and then with 16 are Busch, Ricky Rudd, Rusty Wallace and Jimmie Johnson. Only two other active drivers have current streaks of at least 10: Kevin Harvick (11) and Brad Keselowski (10).

“I have to win races. I have to be competitive. This car was the best car week-in and week-out last year ... It’s on me.” – Riley Herbst on moving to Stewart-Haas Racing

Lifting Their Voices
On Martin Luther King Jr. Day, Bubba Wallace and other athletes reflected on using their platforms for social justice.
4 days ago