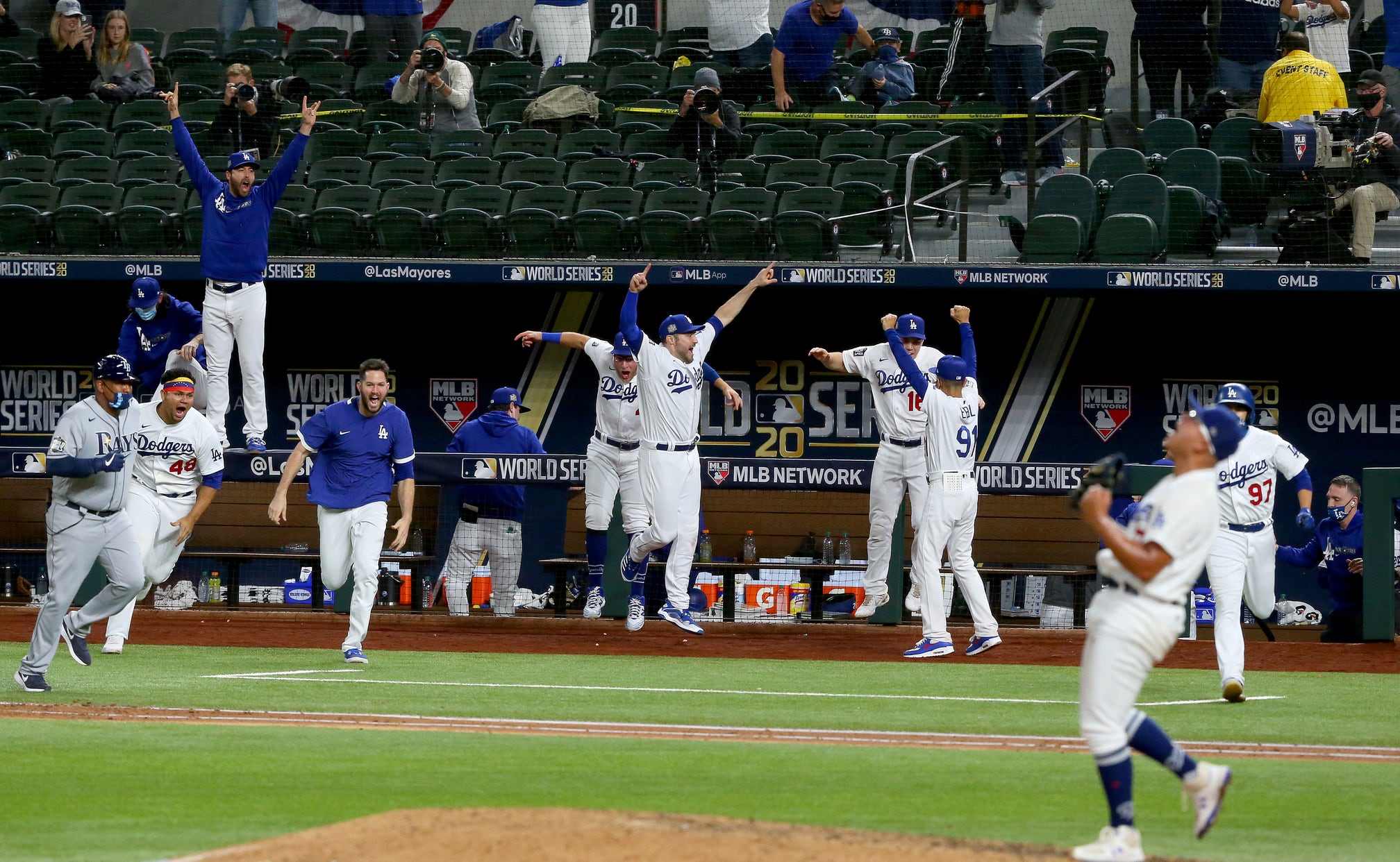 Editor's Note: Ben Verlander, who spent five years in the Detroit Tigers organization, is a baseball analyst for FOX Sports. Verlander was an All-American at Old Dominion University before he joined his brother, Justin, in Detroit as a 14th-round pick of the Tigers in 2004. Follow him on Twitter @Verly32.

The juggernaut Los Angeles Dodgers and the analytics-driven Tampa Bay Rays made for a constrasting matchup on paper -- and the series proved to be just as compelling as advertised.

There has been a string of multiple World Series that were highly entertaining, and this six-game classic can now be added to that list. This one, however, was different.

We needed this one, and for the first time in a long time, it felt like baseball was actually back.

This series provided exactly what we needed, exactly when we needed it. It had dominant pitching. It had a monumental coaching blunder that will be talked about for ages. It had the unfathomable finish of Game 4, which will go down in Series lure as one of the craziest walk-off plays in baseball history. It had Randy Arozarena. And it had Corey Seager, Mookie Betts and Clayton Kershaw.

No matter what team you are a fan of, it’s impossible to not root for Kershaw.

By going 2-0 with a 2.31 ERA, Kershaw silenced his postseason doubters and dominated the Rays lineup. He set the early tone with his strong Game 1 performance, and he delivered the most important win of his career in Game 5, steadying LA after the shocking loss at the end of Game 4.

Kershaw will forever be one of the best left-handed pitchers of all time, and now that he has finally earned a ring in the 12th year of his storied career, there can be no questions about his place in history.

One thing is for sure, this World Series also gave us some talking points we will remember forever. Let’s start with one of the most controversial managerial decision in Series history. With his Rays clinging to a 1-0 lead in the sixth inning of Game 6, manager Kevin Cash decided he had seen enough of Blake Snell and came running out of the dugout with the quick hook. Never mind, that the lefty had been nearly untouchable, striking out nine, allowing just two hits and walking no one.

Not only did the move quickly backfire, it sent the entire sports world into shock. As a baseball fan, I was furious. We were watching one of the most dominant World Series starts in the history of baseball, and it was ripped away from us like a piece of candy we weren’t allowed to eat. With Snell having thrown just 73 pitches and clearly displeased about being pulled, it was a move that still has me wondering what actually happened. Was it all analytics driven? Did it come from the brass up top? Will we ever know?

On the bright side for Tampa Bay, this series also had Randy Arozarena. The rookie outfielder emerged as the legend we all didn’t know we needed. His postseason will go down as one of the best performances ever and certainly among the most unlikely.

Arozarena's journey to this stage, however, only makes his story more compelling. Arozarena, now 25, defected from Cuba at the age of 20. It was an eight-hour boat ride from Cuba to Mexico that later led him to the United States and ultimately to the biggest stage in all of baseball.

What did he do on that stage? He hit .409 with three homers and almost won World Series MVP despite his team losing the World Series. He finished the playoffs with the most homers (10) and most hits (29) in postseason history, absolutely mind-boggling numbers for a guy with only 84 career regular-season at-bats.

I loved every second of this World Series. It was full of dramatic moments, edge-of-your-seat finishes, and just good, old-fashioned baseball.

I picked the Rays to win the World Series back in March and then doubled down when they won the AL pennant. I could sit here and point at different things that happened throughout the series and analyze what the Rays could have done differently. I could certainly point the finger at Cash for pulling Snell and perhaps costing his team at shot at Game 7. Ultimately, it comes down to this, the Los Angeles Dodgers were the better team. They outpitched and outhit the Rays, and they played some of the best defense as a team (the Game 4 ending aside) that we have ever seen.

In this battle of David vs. Goliath, David came up just short. But in the end, these teams provided us with a World Series that we won't soon forget. In the middle of a global pandemic, these six games brought that real playoff baseball feeling back to us.