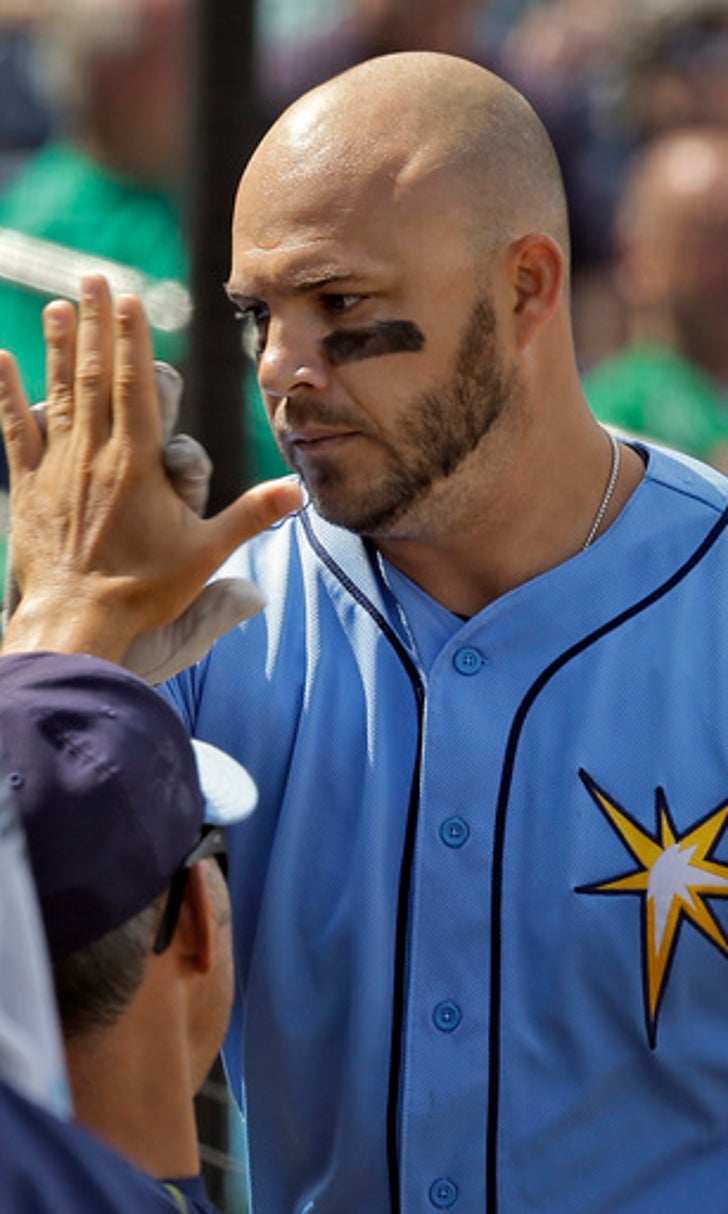 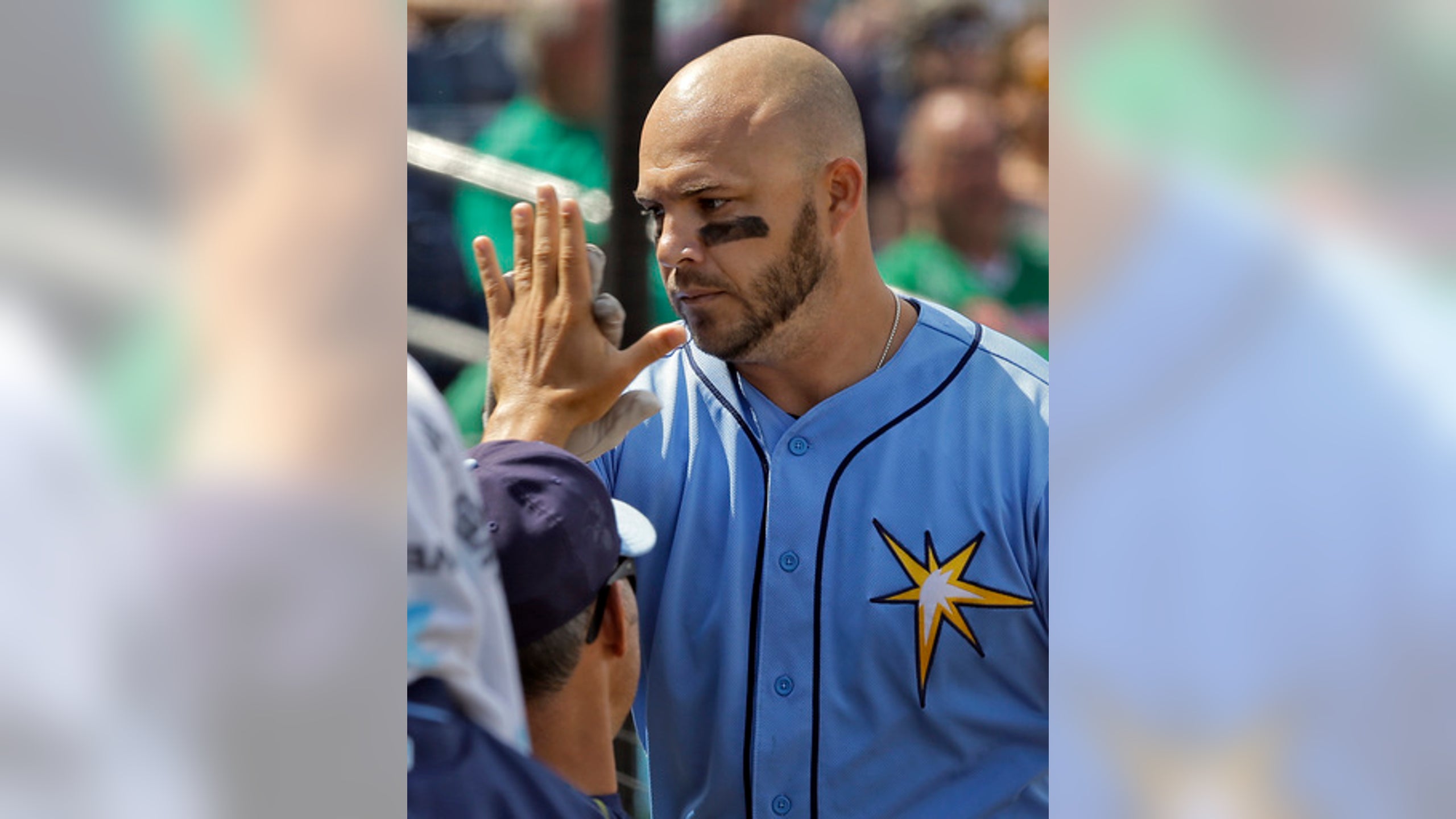 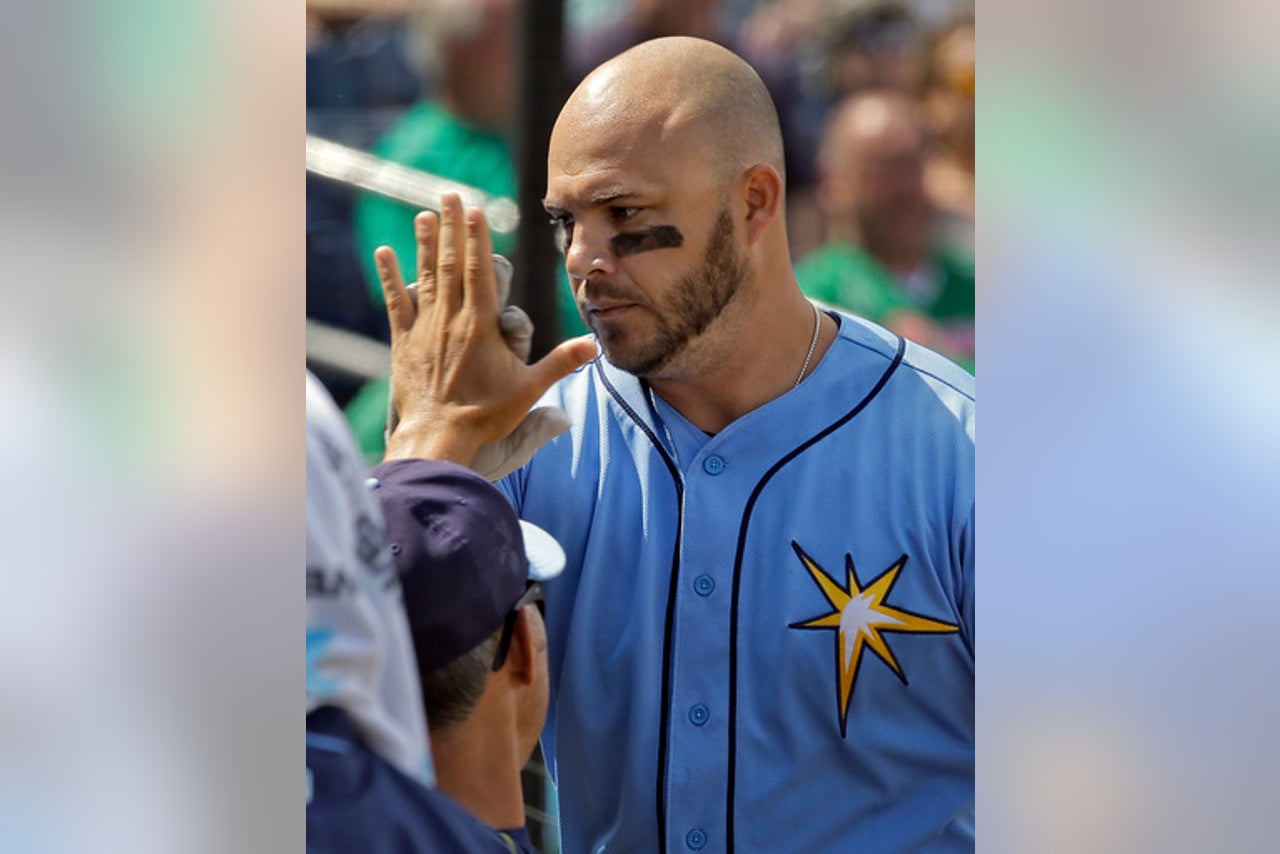 The three-time All-Star third baseman could be back in the lineup Friday after leaving Tampa's 6-1 win over Philadelphia on Thursday with a left shin contusion. Longoria hit a foul ball off his leg right above his protective shin guard in the first inning.

''He's day to day,'' Rays manager Kevin Cash said. ''It just got pretty sore on him. He's walking around.''

Cash said Longoria would be the designated hitter against Boston on Friday if he's ready to go.

Logan Forsythe, Steve Pearce, Richie Shaffer and Mikie Mahtook hit homers to lead the Rays past the Phillies. Tampa's Matt Moore struck out eight and allowed one run and five hits in 4 2-3 innings.

''Matt Moore was tremendous,'' Cash said. ''He's probably our brightest spot of camp and there's been a lot of bright spots.''

Ryan Howard hit a solo homer and had a double off Moore.

LUCK OF THE IRISH

The Phillies wore green jerseys and caps on St. Patrick's Day instead of their usual red. It's been a tradition for the team since former closer Tug McGraw started it in the mid-1970s.

Rays: Moore's next start will be in Havana against the Cuban National Team on Tuesday. The lefty has been outstanding this spring as he seeks his first healthy season since undergoing elbow ligament replacement surgery in 2014. Moore was 17-4 in 2013. ''Matt has pitched in enough big games to know he's getting his work in,'' Cash said. ''At the same time, he should be feeling good right now. Nothing would make us believe he can't carry that over into the Cuba game.''

Phillies: Velasquez, who threw 74 pitches, has looked sharp. He has a 3.21 ERA with 16 strikeouts in 14 innings. Velasquez is competing with lefties Adam Morgan and Brett Oberholtzer for the final spot in the rotation. ''The change-up was money today,'' Velasquez said. ''I enjoyed throwing it. I threw it four, five times in a row to one of the hitters. It goes back to confidence.''

Rays: Forsythe was back in the lineup after leaving Tuesday's game during the first inning because he was hit by a pitch in the left forearm. Pearce, who was sidelined by a sore right calf, was in the lineup as the designated hitter.

Phillies: INF/OF Cody Asche played four innings in left field in a minor league game. Asche hasn't appeared in a major league game because of a right oblique injury. ''I feel like I'm progressing in the right direction,'' he said. ''Pain is gone. It's just testing it at different levels.'' ... RHP Yoervis Medina said he has inflammation in his elbow and should miss two weeks.

Rays: Left-handed reliever Dana Eveland starts against Boston on Friday. He hasn't allowed an earned run and has given up only one hit in 4 2-3 innings. RHP David Carpenter is scheduled to follow him on the mound vs. the Red Sox.

Phillies: RHP Charlie Morton faces his former team when Philadelphia hosts Pittsburgh on Friday. Morton has a 3.86 ERA this spring. He was acquired from the Pirates in a trade during the offseason.