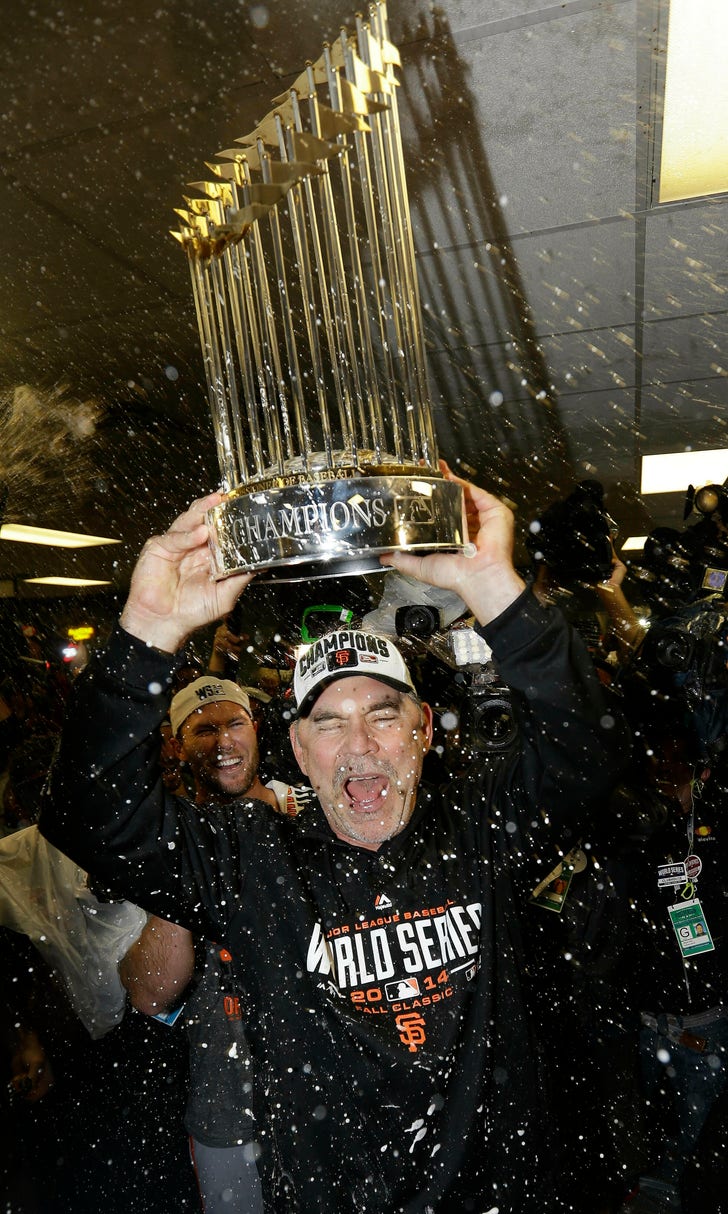 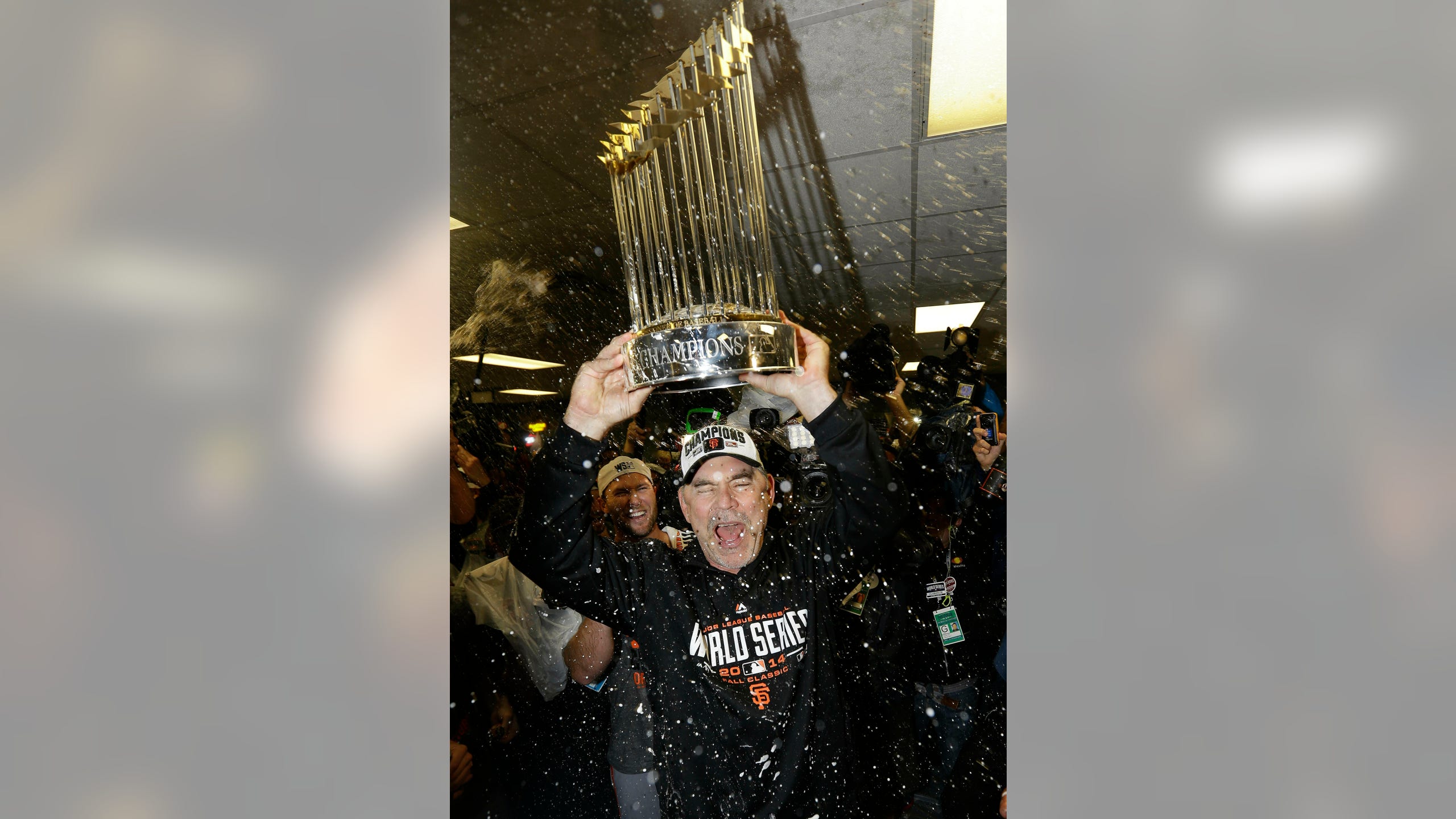 Giants manager Bruce Bochy to retire after this season

SCOTTSDALE, Ariz. (AP) — Bruce Bochy has always managed with his gut. Those same instincts told him it's nearly time to retire.

Bochy announced Monday this will be his last season managing the San Francisco Giants, his 25th in all as a big league manager.

He told the team before Monday's spring training workout at Scottsdale Stadium.

Bochy, who turns 64 on April 16, had offseason hip replacement surgery that has him moving more swiftly and he insists "the health's great" and didn't factor into the choice.

"I've managed with my gut. I came up here in 2007 on my gut. So it's a gut feeling it's time," Bochy said. "It's been an unbelievable ride. There's so much in there to be grateful for, with the players, the city, the fans, my ride here. It's time. I'll stay in baseball and do something. ... I'm not going too far, trust me. I love this game. It's been in my blood, so sure I'll be doing something in another capacity and I look forward to it."

Bochy came to San Francisco from the San Diego Padres before the 2007 season, in time to watch Barry Bonds break Hank Aaron's career home run record that August. He managed Matt Cain's perfect game in 2012 and a pair of no-hitters by Tim Lincecum against the Padres in July 2013 and June '14.

"This will give me time to go back and reflect and even watch some games and think about some of these great achievements and milestones these players have reached," Bochy said. "I've always had a deep appreciation for the gifts and talents of these players. I consider myself fortunate to have managed players like a Bonds and Lincecum."

Every other manager with three or more titles has been inducted into the Hall of Fame.

"I haven't even thought about that," Bochy said.

"Words cannot adequately express the amount of admiration, gratitude and respect the Giants family has for Bruce Bochy," Baer said in a statement. "His honesty, integrity, passion and brilliance led to the most successful period of Giants baseball in the history of our franchise. He will always be a Giant and we look forward to honoring him and all of his achievements throughout his final season in San Francisco and inevitably in Cooperstown."

Giants Gold Glove shortstop Brandon Crawford considers himself fortunate to have played for the same manager his entire career.

"That's definitely special. I don't think many guys have one manager throughout their entire career," Crawford said. "Obviously we have this year to take care of first. Hopefully we make it a memorable one for him. A part of what's made him such a good manager over the years is just being able to work with the players he has, whether that's the bullpen or the bench, he always seemed to plug the right pieces at the right times."

Bochy has faced daily questions about his future, and he wanted to address his plans now and avoid distractions later in the season when he hopes to have a contender again following two years out of the playoffs. He intends to stay in baseball.

"It's something I put a lot of thought in it," Bochy said. "There's a lot of things that I look forward to doing, but right now my head's at this moment, hey, I'm going to focus on getting this team ready. I look forward to one more shot, trust me, and us having a big year. I'm all in."

Bochy came to the decision over the winter, but had all but realized this would be his last year at the end of the 2018 season. He discussed it with family and the front office.

Executive Brian Sabean was hardly surprised by his dear friend's decision, saying "that's a pretty elite and, as we all know, fast treadmill to now do this for 25 years."

Once he's through, Bochy will stick to his simple life of fishing excursions and family.

"I'm not going anywhere. I don't have any cruises planned, trust me, I don't plan on going up Mount Everest. Baseball, that's my life. I'll be around," Bochy said. "I don't have a bucket list. There's no hidden agenda in all this, trust me."