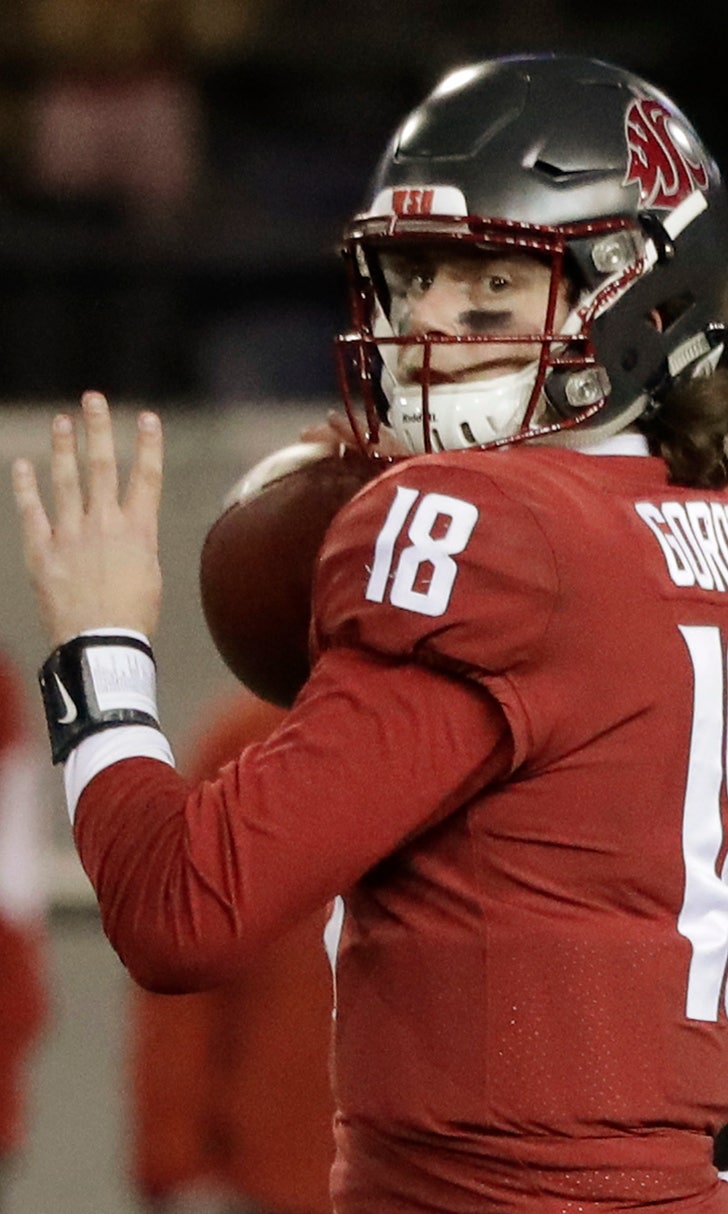 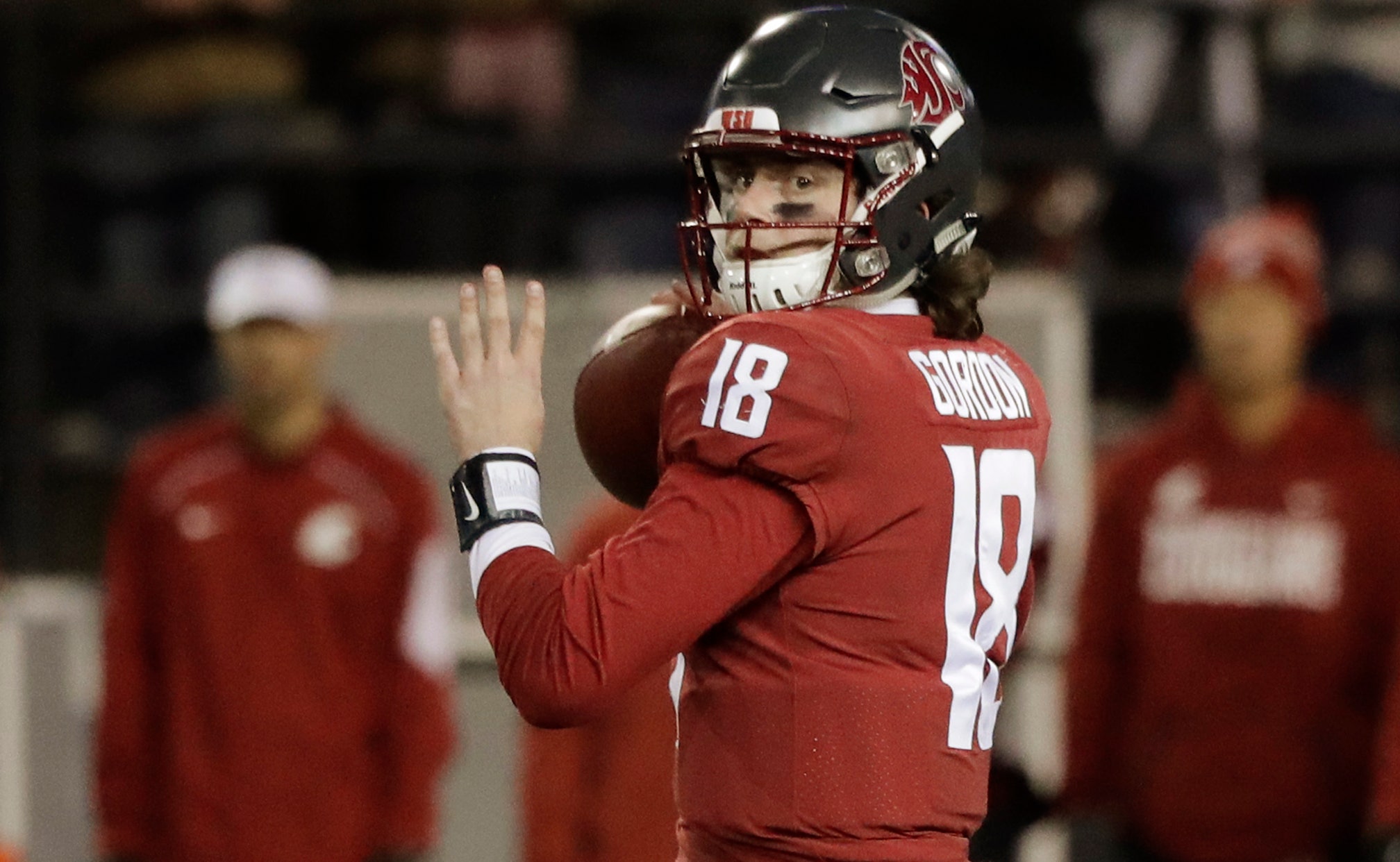 Massive passing numbers in Mike Leach’s “Air Raid” offense are the norm. Washington State’s Anthony Gordon went above and beyond with his most recent performance.

Gordon, who owns three of the top four games for yards passing this season and six of the top 21, set national season highs with 50 completions, 70 attempts and a career-high 606 yards passing against Oregon State on Saturday.

It was the most completions since Gardner Minshew had 52 against Houston in 2017. Minshew was a graduate transfer at — where else? — Washington State last season.

No one had attempted as many passes in a game since Dwayne Haskins Jr. of Ohio State slung it 73 times against Purdue last year.

The yards passing were the most since Patrick Mahomes of Texas Tech threw for 734 against Oklahoma in 2016.

Gordon also set a couple Pac-12 season records in the 54-53 win over the Beavers. His six touchdown passes increased his total to 45. His yardage total is 4,920, moving him to first on the conference chart ahead of Minshew’s 4,779 last year.

Chase Young isn’t the only guy in the Buckeye State racking up sacks. Freshman linebacker Ivan Pace of the Miami RedHawks tied the NCAA record with six against Akron last Wednesday. Three of his sacks came on Akron’s final drive in Miami’s 20-17 win.

Louisville’s Elvis Dumervil set the record of six sacks against Kentucky in 2005, and Western Michigan’s Ameer Ismail had the same number against Ball State in 2006.

Akron has allowed a nation-high 55 sacks.

Speaking of Young, the Ohio State star had three sacks against Penn State to set the school season record of 16.5.

Wisconsin’s Zach Hintze kicked the longest field goal in the nation this season, sneaking the ball inside the left upright for a school-record 62-yarder as time expired in the first half against Purdue. It was the longest field goal since UTEP’s Jose Martinez made a 64-yarder against Central Florida in 2008.

Hintze is the Badgers’ kickoff man and had not attempted a field goal this season until Saturday. His only other attempt was last year, a 62-yarder he missed.

Elsewhere, Wake Forest’s Nick Sciba kicked four field goals against Duke to give him 32 consecutive made field goals, breaking the NCAA record of 30 by Chuck Nelson of Washington in 1981-82.

Oklahoma’s Jalen Hurts became the third player in the Football Bowl Subdivision with 3,000 yards passing and 1,000 yards rushing in the first 11 games of a season, according to ESPN. The other two quarterbacks to do it were Heisman Trophy winners Lamar Jackson of Louisville (2016) and Johnny Manziel of Texas A&M (2012).

Wisconsin’s Jonathan Taylor set the FBS record with his 12th career game with at least 200 yards rushing. He ran 28 times for 222 yards against Purdue. His streak of three straight 200-yard games is the longest since Rashaad Penny of San Diego State strung together five in 2017, according to Sportradar.