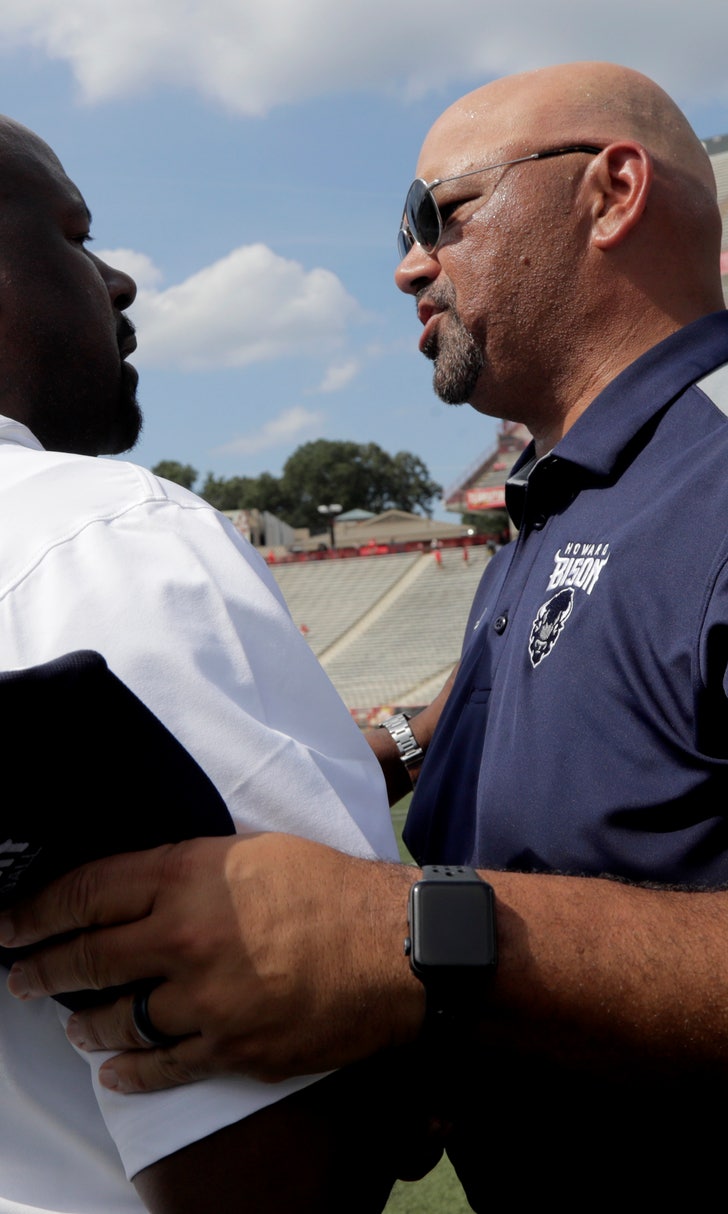 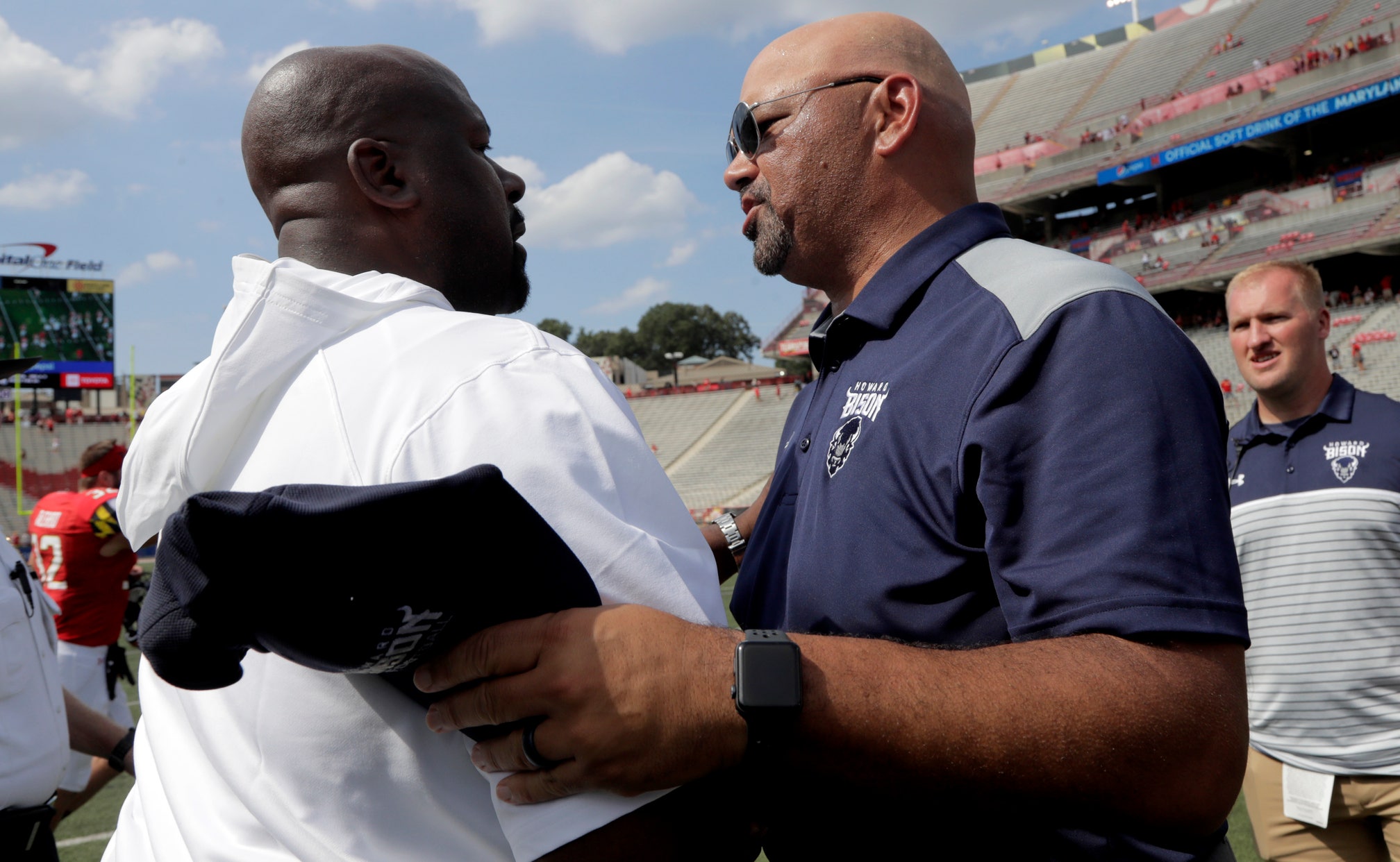 It's the time of year when mismatches skew statistics. That said, there was some prodigious production worth noting in Week 1.

Maryland and Penn State each scored 79 points in their openers, tied with Fresno State last year and Missouri in 2016 for the highest total since UNLV hung 80 on Idaho State in 2015.

In a 79-0 win over Howard, the Terrapins' 56 first-half points were a school record and the most by a Big Ten team since Penn State put up 56 against Illinois in 2005. Maryland came within a point of tying its 92-year-old school record for points in game.

Howard is the Football Championship Subdivision school best known for upsetting UNLV as a 45-point underdog two years ago.

The Bison's first-year coach, Ron Prince, knows the deal when it comes to an FCS school playing a Power Five opponent. When he was coach at Kansas State in 2008, his Wildcats put up 69 points on Missouri State.

"I talked to Ron after the game and he understood that we weren't trying to run the score," first-year Terps coach Mike Locksley said. "We respect the game, we respect how it is played but we also have to develop our team. We feel good about our 1s and it was great to be able to get some young players such meaningful minutes because we need some of these guys as the year goes on."

Speaking of scoring, Central Florida's 62-0 win over Florida A&M marked the 27th straight game the Knights have put up at least 30, the nation's longest streak.

Hubbard had a career-high 221 yards against Oregon State , the most for the Cowboys since Justice Hill went for 228 against Oklahoma in 2017. It was the sixth time an OSU player ran for 200 in a season opener.

Etienne ran for a career-high 205 yards against Georgia Tech. Clemson finished with 411 yards on the ground, the most in an opener since 1957 and the most allowed by Georgia Tech since 1975.

Temple, which has ranked no higher than 61st nationally in offense the last decade, sits No. 1 after amassing a school-record 695 yards against FCS Bucknell. The 56-12 win was the Owls' largest margin of victory in an opener since 1969.

Ten other teams rolled up at least 600 yards.

Jalen Hurts led the nation in total offense with his spectacular Oklahoma debut, racking up 508 yards against Houston. He threw for 332 yards and rushed for 176, making him the second OU quarterback to throw for 300 and run for 100 in the same game. Heisman Trophy winner Kyler Murray did it twice last year.

Hurts' three rushing touchdowns and three passing TDs put him atop the "points responsible for" chart with 36.

WHO NEEDS TO PASS?

Air Force attempted just one pass in its 48-7 win over Colgate, a 41-yarder from Isaiah Sanders to Geraud Sanders (no relation). There have been five games in program history in which the Falcons didn't attempt a pass, most recently against Hawaii in 2012.

Texas Tech's Alan Bowman threw for the most yards in Week 1, completing 40 of 53 passes for 436 yards with two touchdowns and no interceptions against Montana State. It was Bowman's third career 400-yard game and his second-highest yardage output. He threw for 605 against Houston last year.

Seven other quarterbacks threw for at least 400 yards.

Utah State linebacker David Woodward led the nation with a career-high 24 tackles against Wake Forest, including 3.5 for loss. He also forced two fumbles. Woodward has four straight double-digit tackle games and 10 in his career.

His 24 tackles tied for second most since 2013. Oklahoma's Kenneth Murray had 28 against Army last year.