COLUMBUS, Ohio (AP) Dwayne Haskins Jr. and Joe Burrow both showed flashes of big-play ability in a condensed spring game Saturday as each tried to make his case for being the next starting quarterback at Ohio State.

The third guy, redshirt freshman Tate Martell, wasn't bad either, showing off his speed and slick moves in the Scarlet and Gray Game, which was moved up and hurried up to beat some bad weather.

The intriguing derby will spill over into fall preseason between Haskins and Burrow, players who operated mostly in the shadow of four-year starter J.T. Barrett. If Burrow stays around that long.

Haskins is the logical heir just because he was Barrett's backup last season and engineered a stunning win over Michigan after Barrett went down with an injury.

The three quarterbacks rotated on squads with starters and inexperienced players Saturday. Haskins completed 9 of 19 passes for 120 yards and two long touchdown passes. Burrow, a redshirt junior who was Barrett's backup two seasons ago, countered with some decent numbers himself: 15 for 22 for 247 yards and two touchdowns.

''We're going to have to make some decisions,'' coach Urban Meyer said. ''The decisions have not been made.''

Burrow may make a move that will make the coach's decision easier.

On track to graduate in May, Burrow could go elsewhere as a graduate student with two years of eligibility remaining. Meyer has said he would give Burrow an honest assessment at the end of spring whether he had a reasonable chance to win the starting job.

''I came here to play,'' Burrow said on Saturday. ''I didn't come here to sit on the bench for four years. I know I'm a pretty darn good quarterback, I want to play somewhere.''

Burrow said he's been given ample opportunity and is happy with how he has competed with Haskins.

''It would be hard for me to leave,'' he said. ''I've put my heart and soul into it, and if I were to leave I'd be pretty devastated, and at the same time I'd understand how (the coaches made the decision).''

Haskins said he's done enough to be the starter.

Meyer has challenged his receivers to be elite. He said the Buckeyes haven't had an elite set of receivers since the 2014 national championship season. That unit included Devin Smith, Michael Thomas and Jalin Marshall.

Ohio State will return its top six receivers from last season. All had their moments in 2017, but none emerged from the pack in an offense that had a spotty passing attack.

Meyer's words about being elite are ringing in the ears of a unit that returns two of last year's captains, Parris Campbell and Terry McLaurin. Both will be fifth-year seniors.

''Obviously, we feel like we have elite talent,'' Campbell said. ''We've only gotten better since we've gotten here. He's not only saying that to (reporters), he's saying that to us as well. I think he kind of wants us to get defensive about it.''

Demario McCall, a former running back hampered by an abdominal injury last season, made a case to see some playing time at H-back, grabbing 11 passes for 165 yards and two touchdowns in the spring game. He caught scoring passes from Burrow of 50 and 43 yards.

Ohio State had around two dozen players in the house for the spring game, including honorary coaches Malcolm Jenkins and Ryan Shazier, the former Buckeyes linebacker whose season with the Pittsburgh Steelers ended with a devastating spinal injury Dec. 4. He rode in a cart but stood up to an ovation at midfield when he was introduced. ... Meyer said Brady Taylor leaves spring practice as the starting center, replacing All-American Billy Price. Same with Luke Farrell at tight end, filling the shoes of two-year starter Marcus Baugh. ... Jaylen Harris and Binjimen Victor also caught touchdown passes in the spring game. ... Martell ran 11 times for 69 yards and a score. His longest run was a 30-yarder.

Big Ten's return highlights Super 6 slate
The Big Ten is back! Half of the games in this week's Super 6 come from the conference, including Nebraska visiting Columbus.
6 hours ago 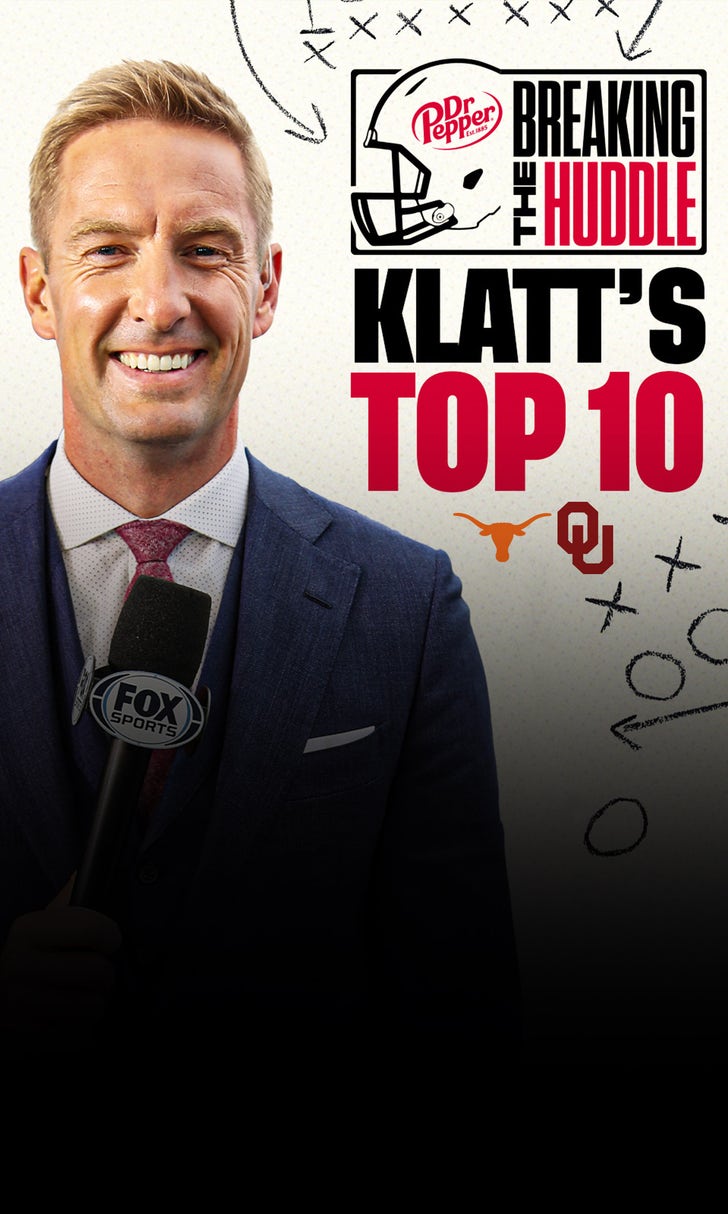