At No. 8, the Miami Hurricanes made their inaugural appearance on Klatt's rankings, after the Hurricanes have defeated UAB, Louisville and Florida State by an average of 24.0 points so far this season. 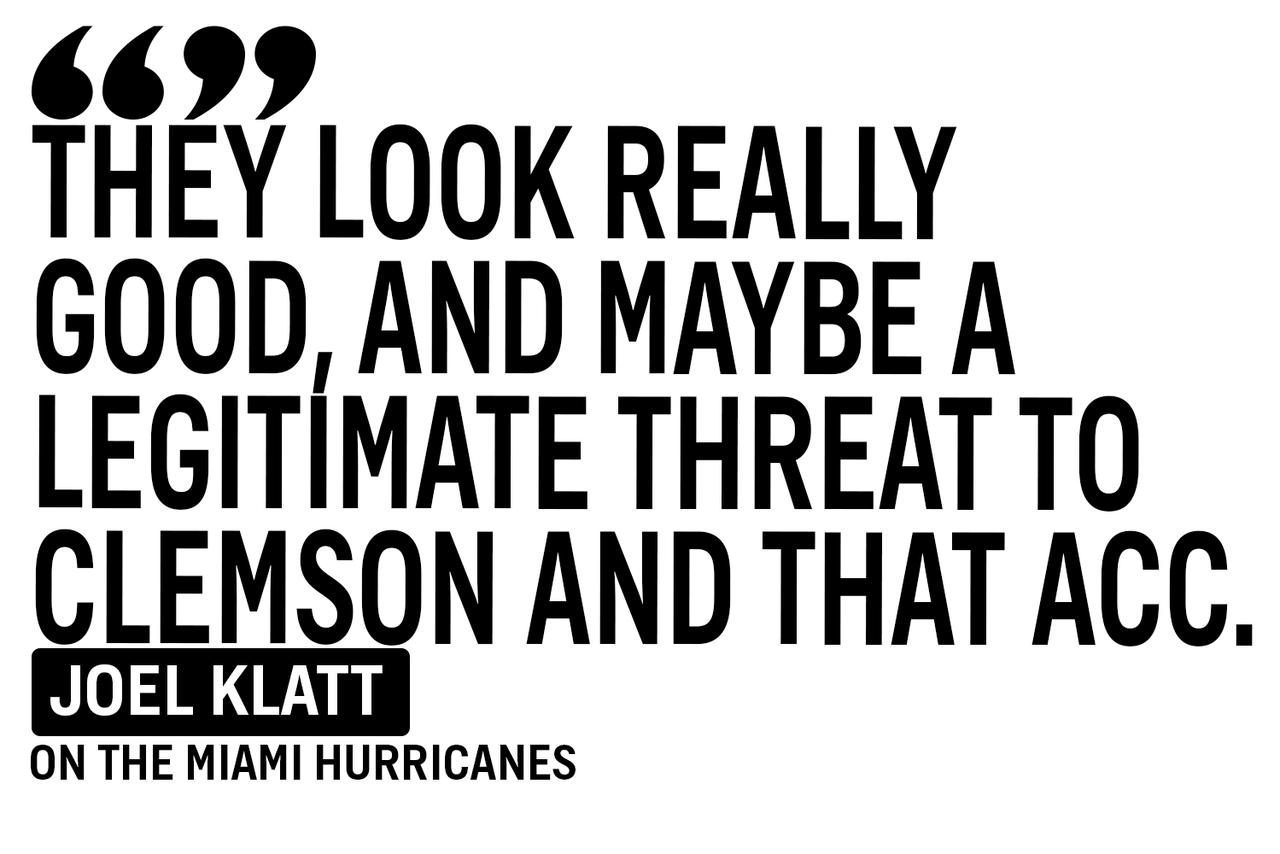 For context, last season, only four teams were at least +20 in average win margin: Ohio State, Clemson, Alabama and LSU.

Klatt received some backlash (in his Twitter mentions) for slotting Ohio State at No. 2, a team that hasn't seen the field yet the season, but he believes the Buckeyes will shoot up the rankings once they begin playing next month.

Essentially, Klatt is just ahead of the curve. 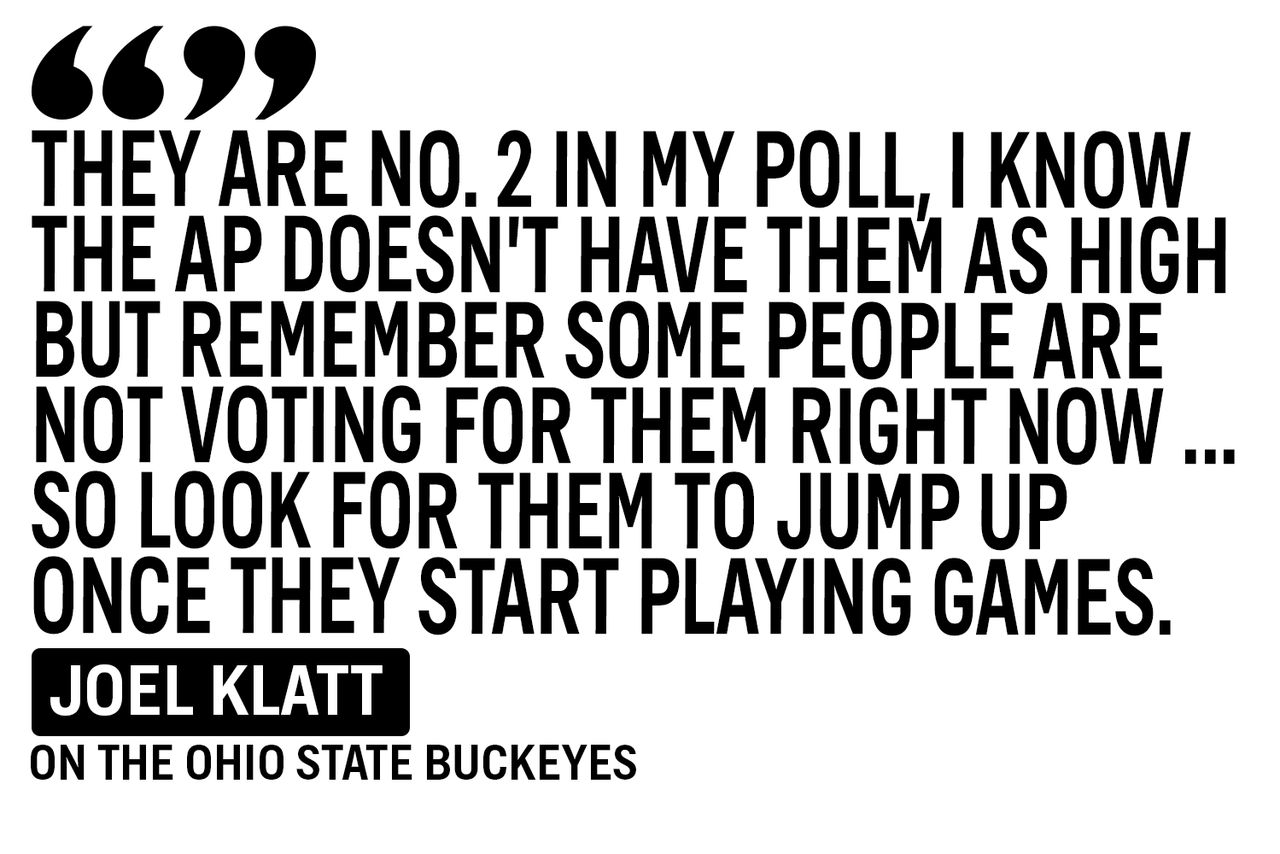 Heisman Trophy candidate Justin Fields returns at QB for OSU, and will oversee an offense that averaged 46.9 points and 529.9 yards per game last season.

After laying out his top 10, Klatt then caught up with Longhorns QB Sam Ehlinger, and the conversation began with Texas' impressive comeback win over Texas Tech on Saturday, after the Longhorns trailed 56-41 with a little over three minutes remaining.

Ehlinger led two TDs drives in the game's final minutes, eventually tying the game 56, before the Longhorns locked up the victory in overtime.

Ehlinger revealed his team's mindset while facing a mountain of a deficit with not much time remaining. 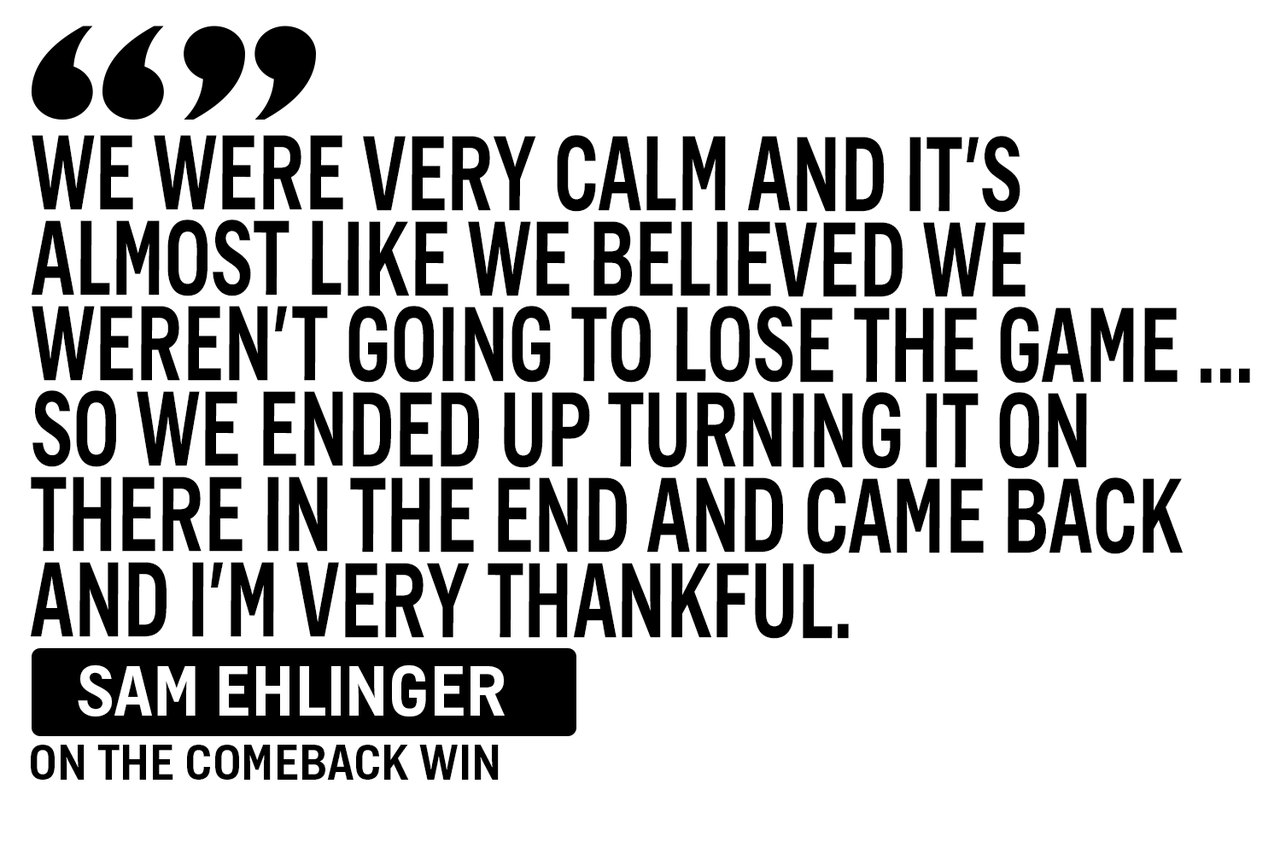 Next up, Texas hosts TCU, and will look to avenge a 37-27 loss to the Horned Frogs from last season, and Ehlinger told Klatt that he isn't taking the task ahead lightly. 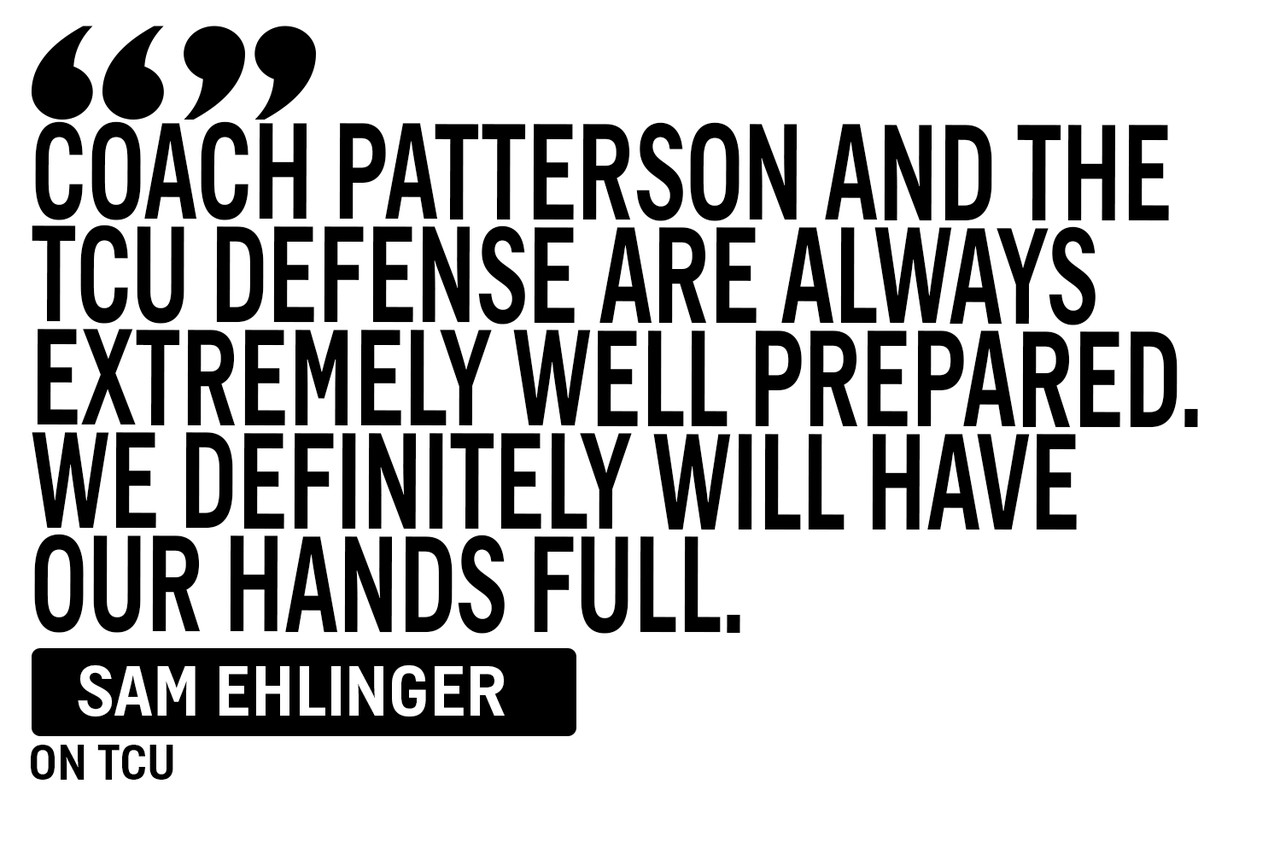 If you missed the this week's episode of Breaking the Huddle, check it out in its entirety below! 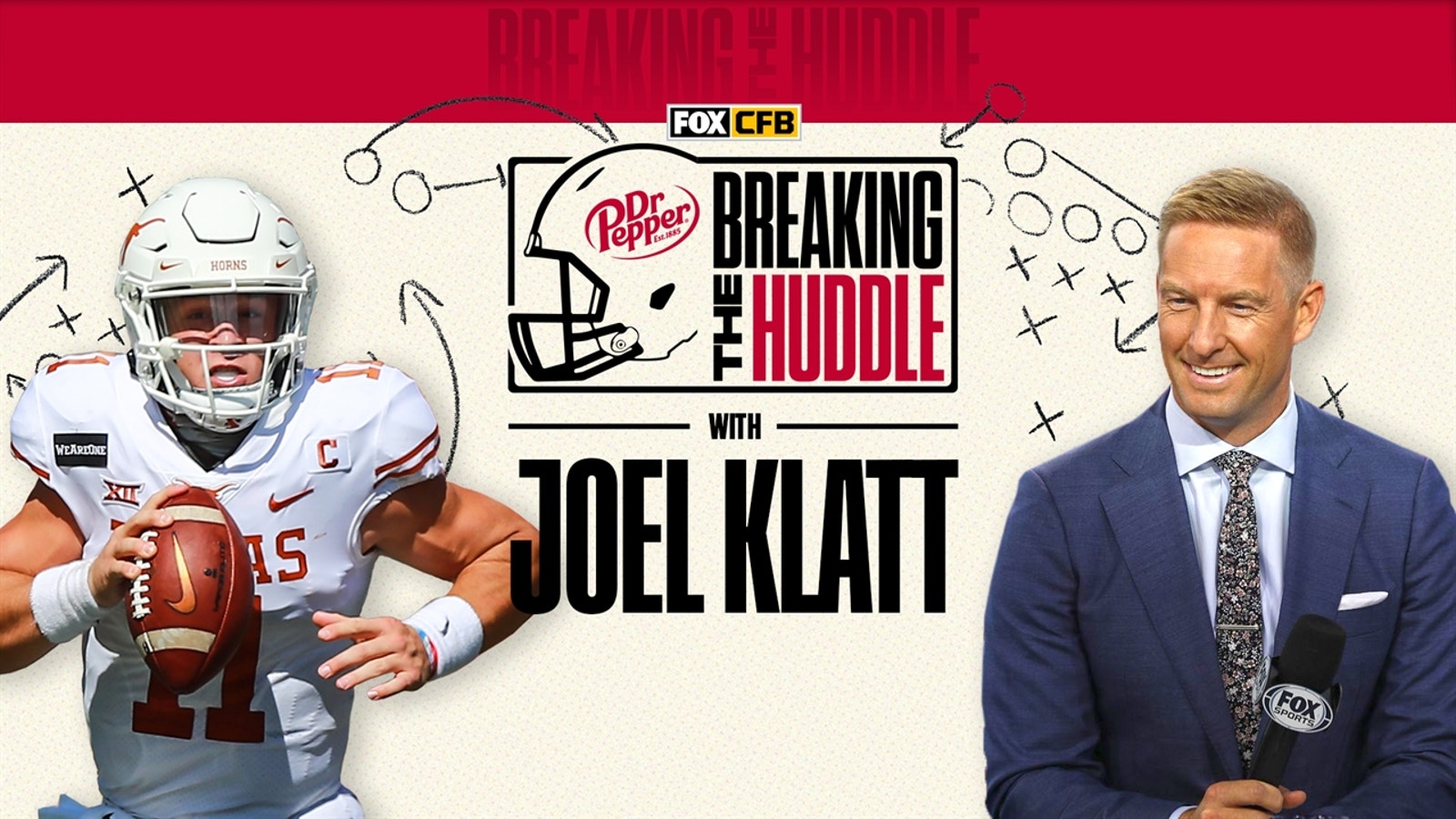