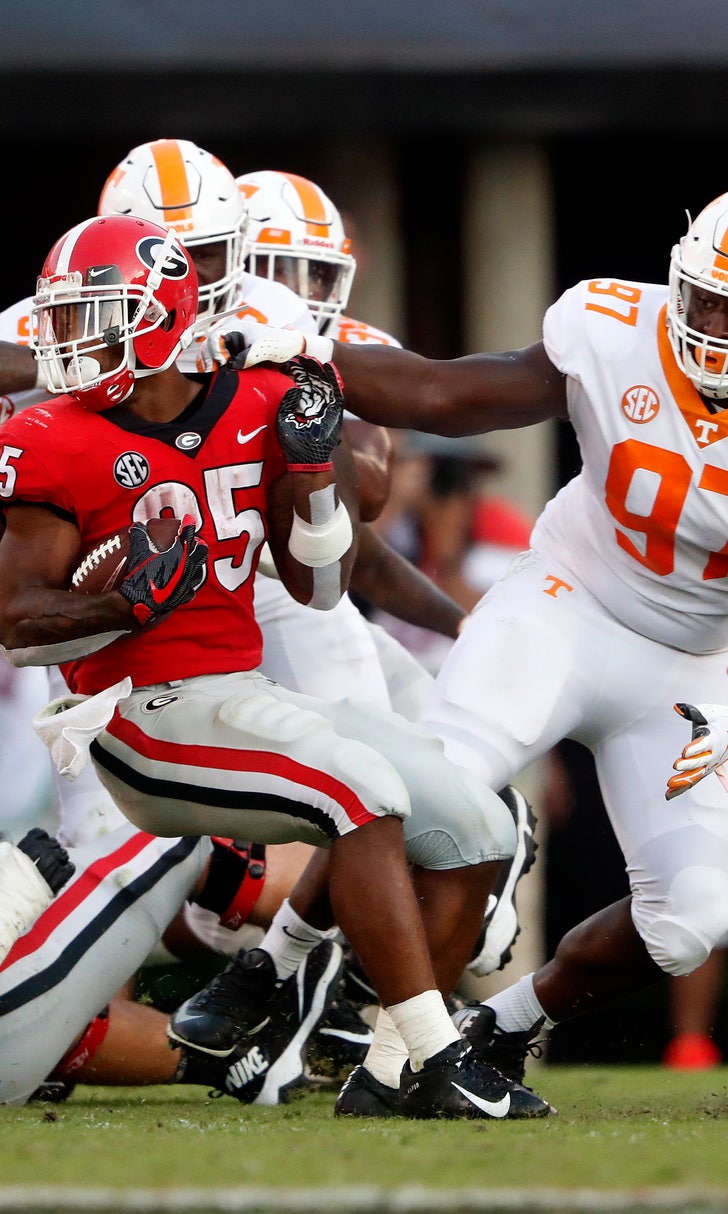 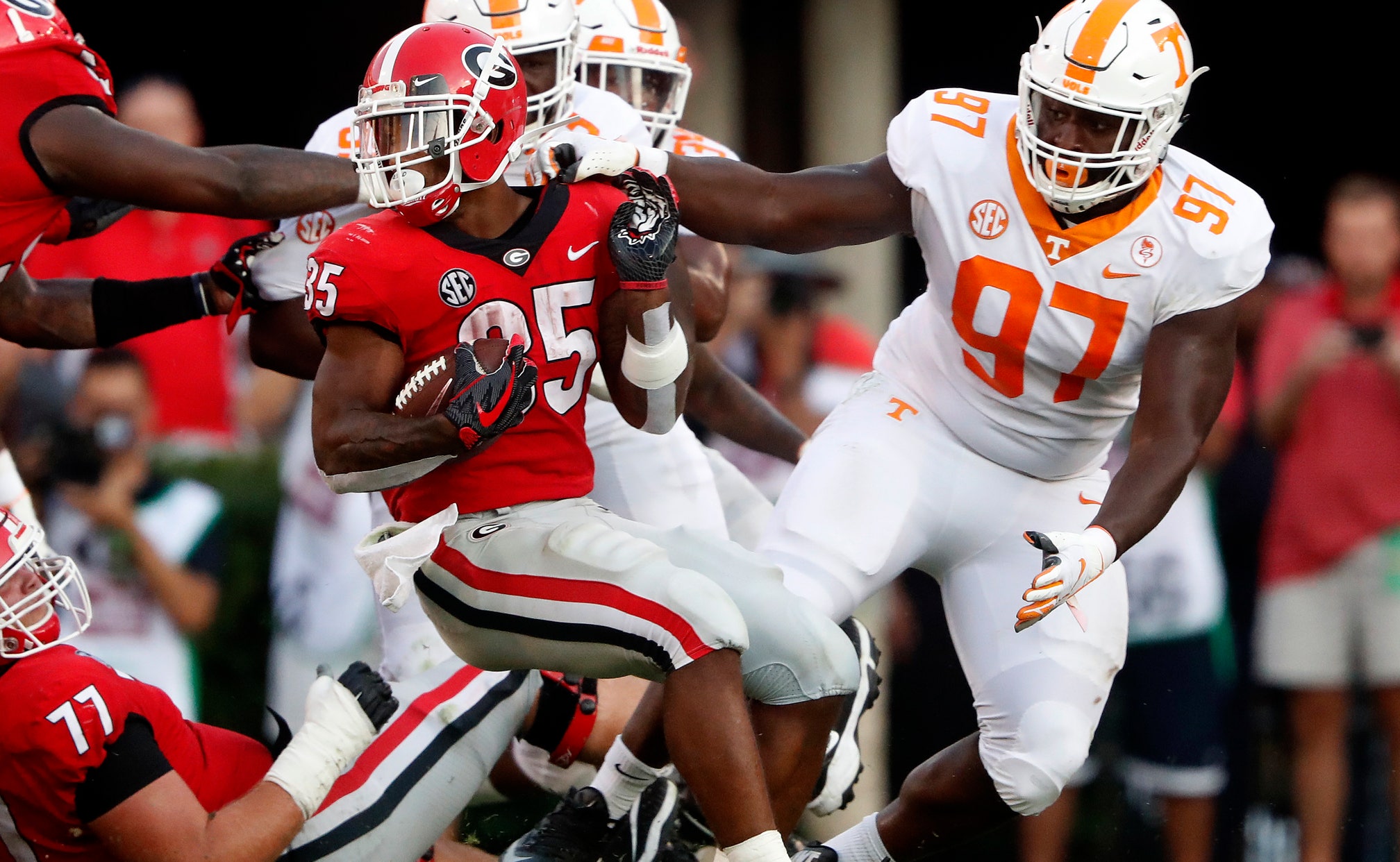 ATHENS, Ga. (AP) — Five games into the season, No. 2 Georgia is averaging more than 40 points per game — and is still looking to find its stride offensively.

"I think right now we're still trying to find our identity on the offensive side of the ball," left tackle Andrew Thomas said Monday.

The latest tweaks for Georgia produced bigger roles for freshman quarterback Justin Fields and tailback Brian Herrien in last week's 38-12 win over Tennessee . The changes could continue in Saturday night's game against Vanderbilt.

Georgia appears determined to make the most of its depth at all skill positions, including quarterback, where Fields played behind Jake Fromm in each of the last three quarters against the Vols.

"It's real exciting and a little different dynamic for the team when he's able to run the ball so well," tailback Elijah Holyfield said of Fields on Monday. "It's really exciting to watch him come in."

Georgia (5-0, 3-0 Southeastern Conference) has overcome slow starts on offense in wins over Tennessee and Missouri the last two weeks.

Fields ran for 45 yards and two touchdowns, adding a different threat to a running game led by tailbacks Holyfield, Herrien and D'Andre Swift.

In what may be a revealing indicator of his ongoing role, Fields had five carries and only two passes in the game.

"I wouldn't say it's a different energy from Jake, but obviously he can run the ball and that's the thing he brings when he comes on the field," Thomas said of Fields, who scored on runs of 12 and 15 yards.

Thomas, like most offensive linemen, likes to block for a strong running game.

Asked what he thinks the offense's identity should be, Thomas said "A balanced offense that is very physical and can run the ball at will."

Herrien set a season high with 56 yards rushing as Georgia ran for 251 yards against Tennessee.

Holyfield has set career highs for carries in two straight games, including 16 for 78 yards against the Vols. No Georgia tailback has had more than 16 carries this season.

"I think it will pay off in the long run when we're still fresh at the end of the season," Holyfield said. "Some other backs who have a lot of carries might not be as fresh."

Fromm has completed 72.5 percent of his passes to rank third in the nation. His starting role remains secure. He said after the Tennessee game he "had no idea" how the playing time of the two quarterbacks would be managed by coach Kirby Smart.

"That's just kind of up to coach Smart within the flow the game," Fromm said.

Fields' role could change each week.

When asked after the Tennessee game about possible tweaks to roles for the two quarterbacks, Smart said "The plan is there is no plan."

Smart said Monday that means the usage of the quarterbacks is affected by each week's defensive scheme.

NOTES: Smart said WR Tyler Simmons (shoulder), who missed the Tennessee game, could return this week. Smart said Simmons "probably" will wear a harness on the shoulder "which may limit him some." ... Smart said Thomas (sprained left ankle) "was good" in his first full game back after aggravating the injury and leaving the Missouri game.