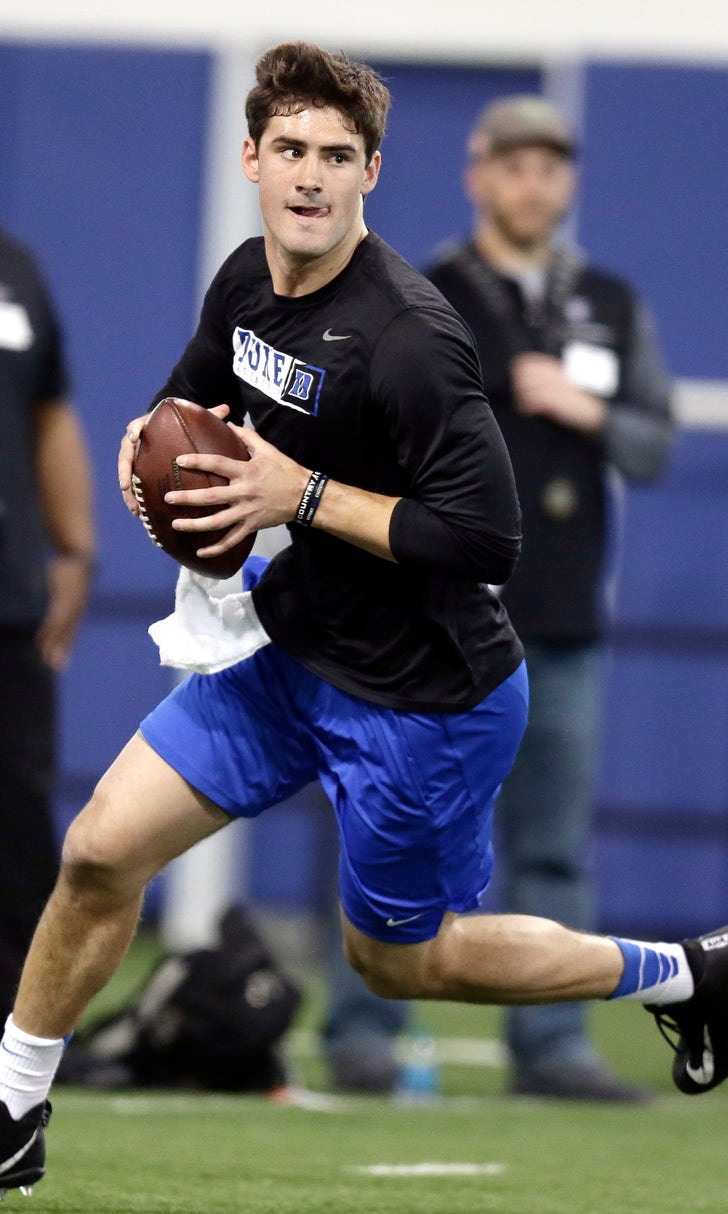 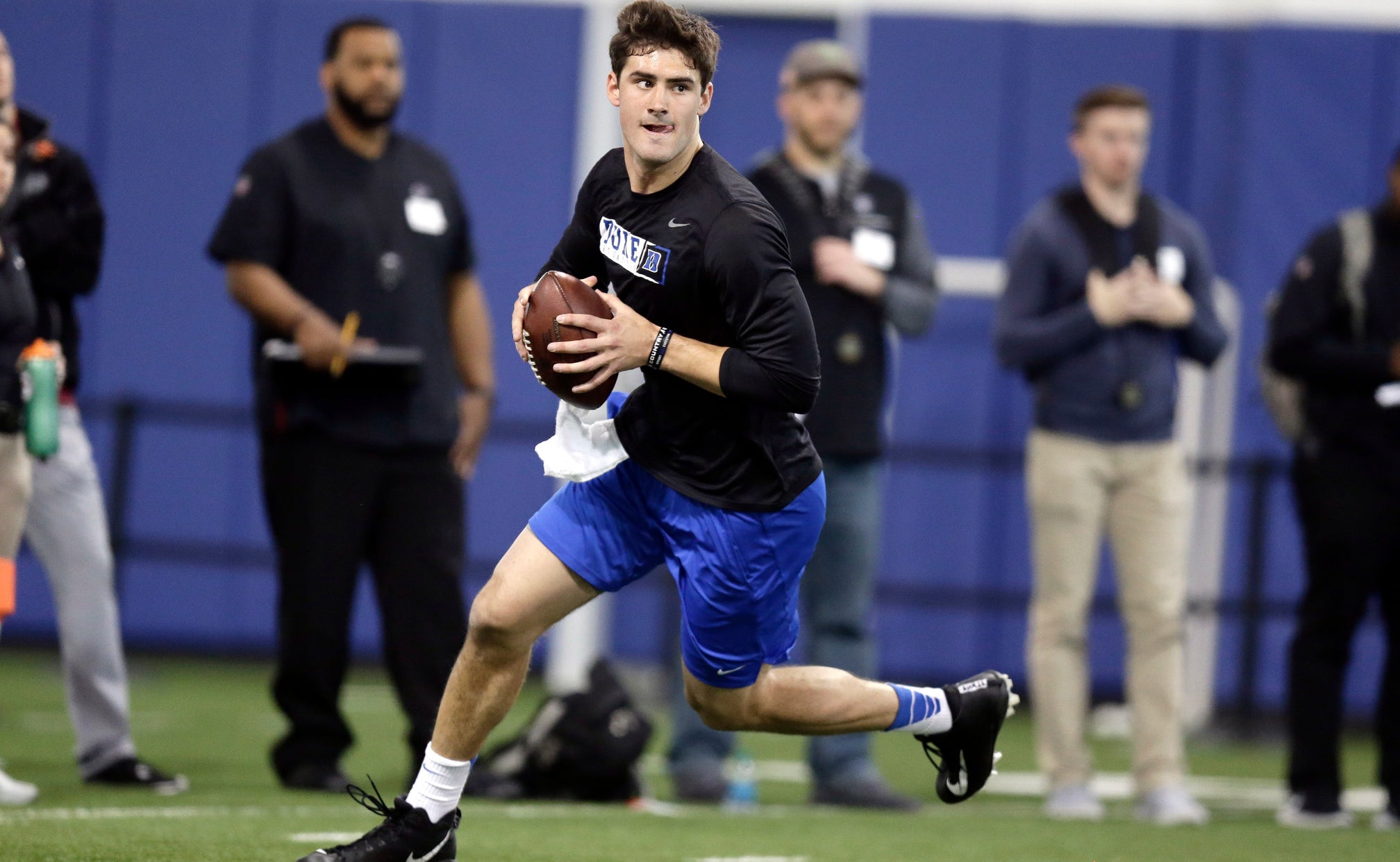 About half an hour after the television cameras quit rolling for his televised workout for the pro scouts Tuesday, Jones slipped back onto the field at the team's indoor practice facility to get in a few extra informal tosses with some team managers.

Standing behind the numbers at the 30-yard line, he flung the ball through the uprights.

Jones hopes that extra effort helps him become just the second Duke player taken in the first round of the NFL draft since 1987. That would mark the pinnacle of a rather climb from solid Atlantic Coast Conference starter to Senior Bowl MVP to potential first-round pick.

"Just being myself and being confident in who I am," Jones said. "I think when you're confident in who you are, not much is going to change you. I think that's the big thing — I know who I am. I'm pretty sure of that."

Jones threw with a group that included receivers T.J. Rahming and Johnathan Lloyd and tight end Daniel Helm while also running the 40-yard dash in 4.64 seconds after his time at the combine was 4.81. The NFL Network televised the workout, as did the online version of the ESPN-affiliated ACC Network.

Duke spokesman Art Chase said 31 of the NFL's 32 teams — all but the Dallas Cowboys — were represented, and about 60 scouts and team personnel showed up to watch Jones and a few other former teammates work out.

"The response that I got was what I thought it would be," coach David Cutcliffe said. "I told Daniel yesterday, 'They hadn't really seen you throw in your environment. This is your place, your house, your turf. You just go do what you do.' And there were some jaws drop."

If one of them picks Jones early, it would mark the latest sign of progress for a program that has gone from the bottom of the ACC to a near-perennial bowl team during the past seven years.

The only Duke player in 31 years to be taken in the first round was guard Laken Tomlinson, who went to Detroit with the 28th overall pick four years ago. Before that, linebacker Mike Junkin went to Cleveland with the fifth overall pick in 1987 — though quarterback Dave Brown did go to the New York Giants in the 1992 supplemental draft.

"I'm lucky to be in the position I am, and to be back at Duke doing it makes it a lot more fun," Jones said. "I realize not many people get to do this, not many people get to prepare for the NFL Draft, so being in this position, being here and understanding how many people have helped me to get here, you can't help but just to feel lucky and try not to get too caught up in that stuff."

Jones announced his decision to skip his redshirt senior season and turn pro on New Year's Eve, four days after he accounted for six touchdowns in an Independence Bowl victory over Temple.

He kept moving up teams' draft boards two months ago at the Senior Bowl, earning the MVP award after completing 8 of 11 throws for 115 yards and a touchdown and adding a rushing score.

At 6-foot-5, Jones has the frame of an NFL pocket passer but is also unafraid to tuck the ball and run.

Jones completed nearly 60 percent of his passes while throwing for 8,201 yards and 52 touchdowns in three seasons as the starter. He threw for five TDs and rushed for another in the bowl victory.

He also had a pair of 100-yard rushing performances and topped the 90-yard mark three other times while orchestrating the run-pass options in Duke's offense. He rolled up 186 yards on the ground against North Carolina in November.

"With coach Cutcliffe and (offensive coordinator Zac) Roper, my preparation to play and understand NFL offenses is in a good place," Jones said. "Something that I take a lot of pride in is my toughness, my ability to be physically and mentally tough, I think that's critical to being a good quarterback."