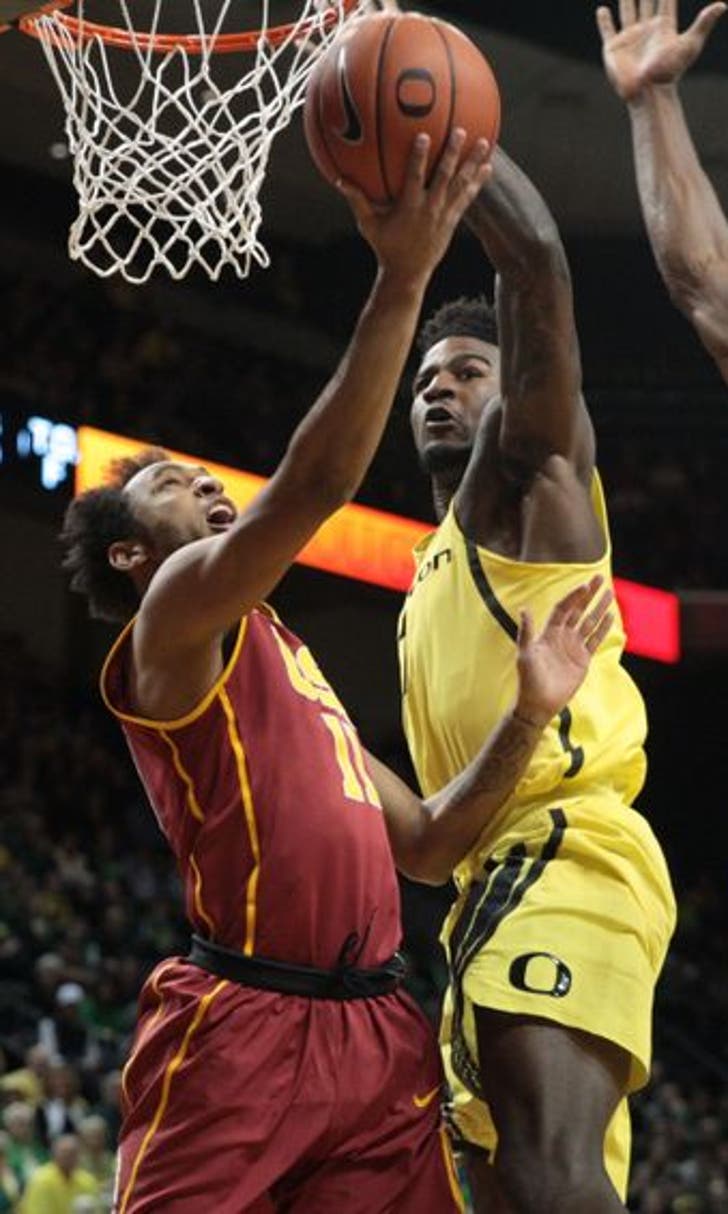 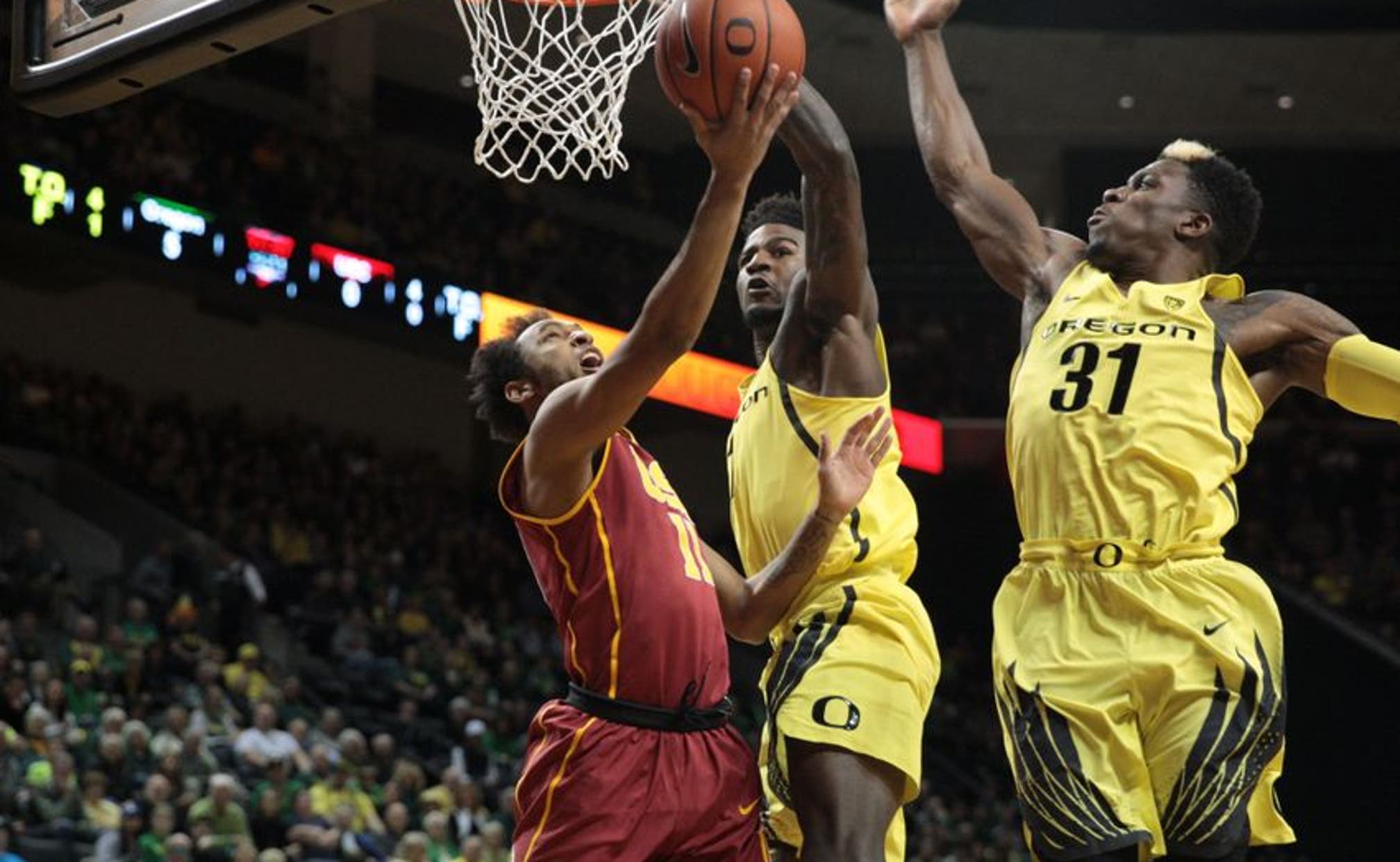 BY Fansided and Alicia de Artola/FanSided via Reign of Troy • December 31, 2016
share

USC basketball ended 2016 on a low, losing their first game of the season to the Oregon Ducks at Matthew Knight Arena, 84-61.

The lowdown: Oregon opened the game energetically, jumping out to an early lead on a Dillon Brooks three-pointer and an alley-oop dunk after a steal.

With four minutes gone, Brooks had seven points, while the Trojans trailed 13-4.

USC surged back to tie it with a nine-point run, including a Jonah Mathews nothing-but-net triple and a chaotic play involving Jordan McLaughlin. The point guard nabbed a steal, but couldn’t keep the handle, popping it up high into the air. Oregon recovered possession but McLaughlin intercepted the quick pass back into the paint and lobbed it ahead to Charles Buggs for the easy dunk.

An Elijah Stewart three-pointer gave USC their first lead of the game at the 12-minute mark.

The back-and-forth continued, but the Trojans’ poor shooting gave Oregon a leg up.

A steal and dunk by De’Anthony Melton seemed to give USC a boost, but the Ducks responded with a three and a transition slam by Brooks on back-to-back possessions.

The Trojans went into half time trailing by ten, having shot 29.6 percent from the field and committing eight turnovers.

Things didn’t get better in the second half. USC missed their first four shots and committed two turnovers while the Ducks added to their double-digit lead.

While USC struggled to hit, Oregon’s Dylan Ennis went off. By the midway point of the second half, Ennis added 16 points on 7-of-7 shooting. Meanwhile, Brooks came two points shy of his career high, finishing with 28 points.

As a result, the Ducks built their lead as large as 31 points and ran away with the game, ultimately taking it 84-61.

The takeaway: USC plummeted out of the ranks of the undefeated in disappointing fashion.

It’s not that the Trojans lost — Oregon boasts a now 35-game winning streak at Matthew Knight Arena and had just beaten the nation’s No. 2 team, UCLA. Rather, it was the 17 turnovers, poor offensive output and deficient defense which made the night so unsatisfying.

McLaughlin was energetic throughout, but shooting just 1-of-6 did the Trojans no help.

If there was a bright spot, De’Anthony Melton led the Trojans with 13 points, shooting 4-of-9 from the field while supplying his share of defensive contributions.

Stat of the game: Oregon finished with 23 points off of turnovers.

Next on tap: The Trojans will return to the Galen Center looking to get back on track against Stanford on Thursday, Jan. 5 at 8:00 p.m.