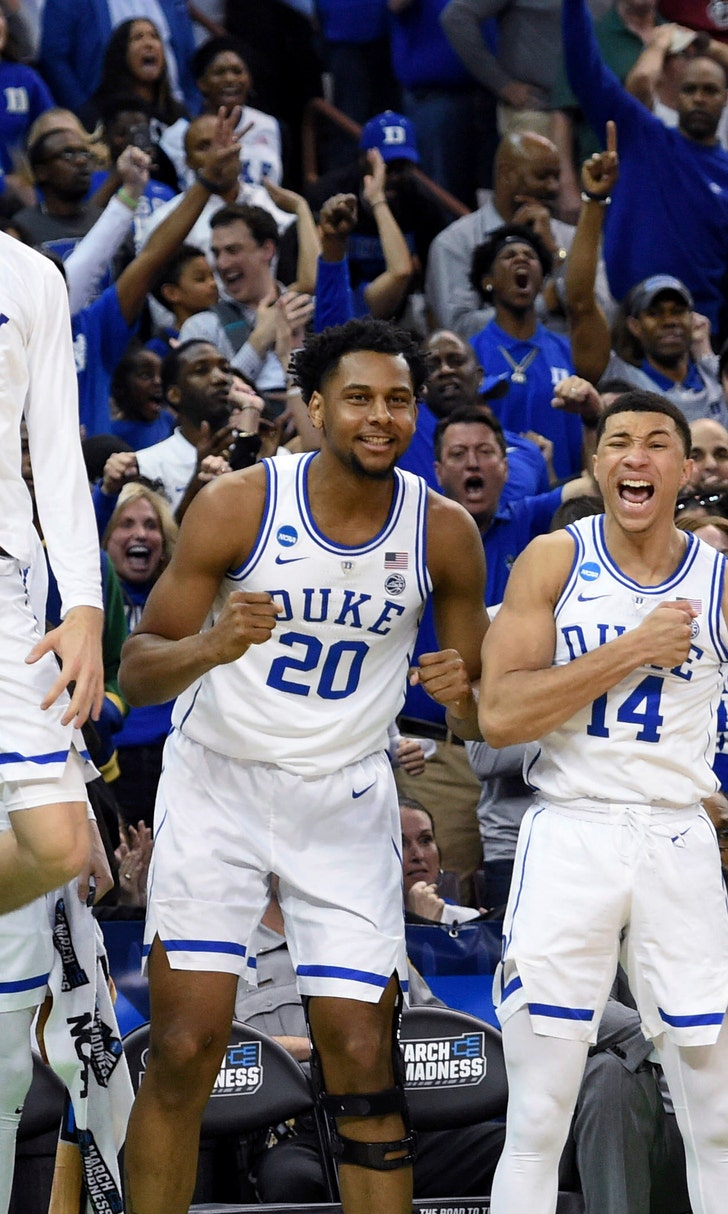 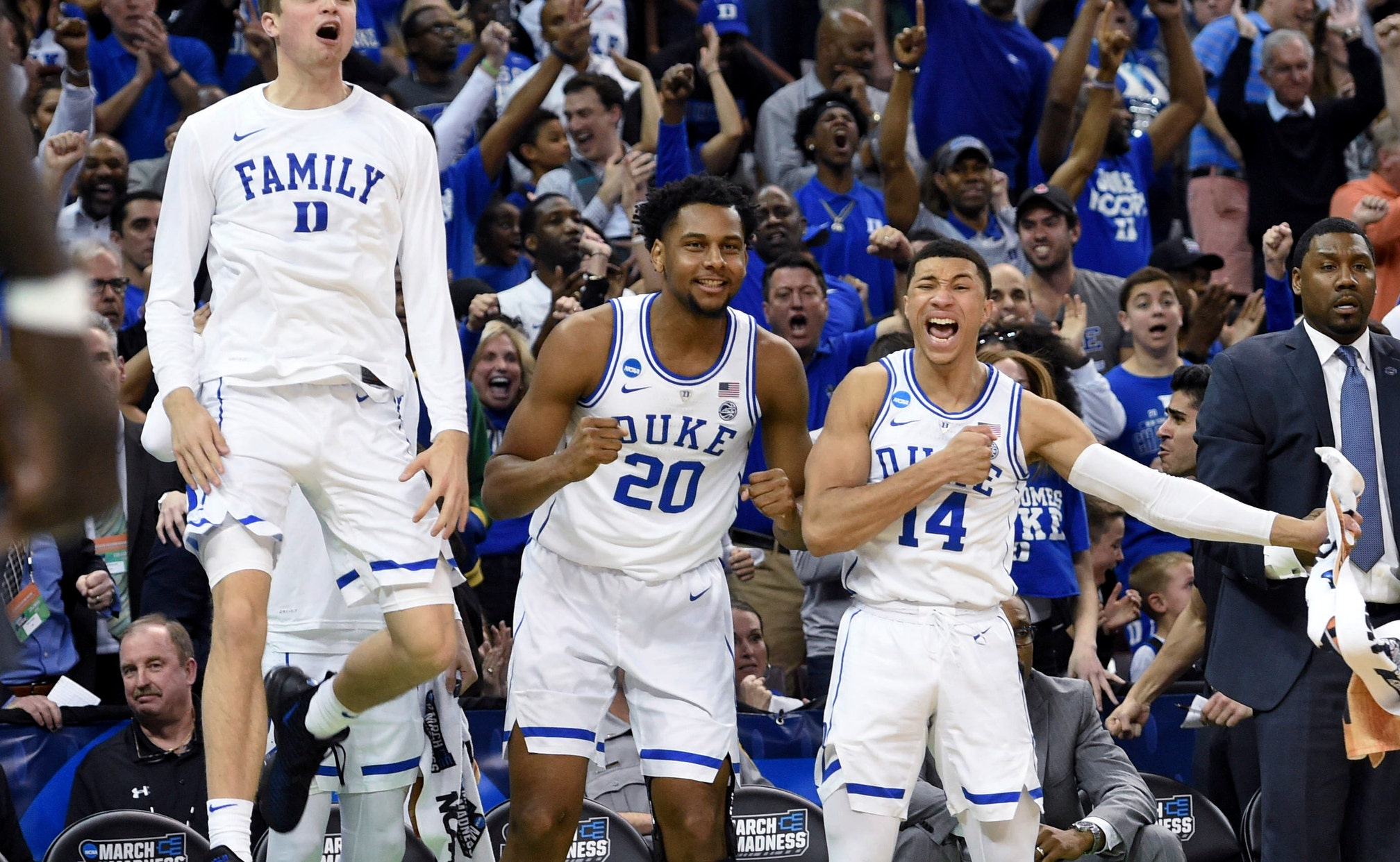 Chalk one up for the seeded favorite in the NCAA Tournament.

The biggest upset this March isn't a wild heave at the horn for a winner from a No. 15 seed or a First Four team somehow weaving into the second weekend — it's the lack of genuine stunners to shake up the bracket.

The top seeds are still at the top of the tourney.

Sure, Virginia had to sweat out another tourney opener.

And Duke was a tip-in away from being done.

But it's rare this many single-digit teams still have a shot at cutting down the nets.

Think that's improbable? Consider this, the NCAA bracket tracker says one perfect bracket remains across all major online bracket games, including Yahoo, ESPN, CBS, Fox, Sports Illustrated and the NCAA's own contest. It's the longest streak of correct bracket picks, breaking the reported record of 39 games, which happened in 2017.

The NCAA says the odds of a perfect bracket are 1 in 9.2 quintillion — so bettors, take the under.

Just imagine if the entrant named "Center Road" in the NCAA's bracket challenge had bet the house on a 48-team money line parlay! For any fan who has a shot at entering one of those second-chance pools, take note: "Center Road" has Duke, Michigan State, Gonzaga, Michigan, Virginia, Tennessee, North Carolina and Kentucky as the Elite Eight. Oh, and if you believe "Center Road" knows more than Dickie V or Sir Charles, roll the dice on Gonzaga to beat Kentucky in the national championship game.

Cinderella will take a rain check to this party, please.

The favorites don't mind if the trend continues for another week.

"Everyone is talking about a Final Four, but I've never been to a Sweet 16," Virginia guard Ty Jerome said.

The Big 12 has kept the conference from perfection. No. 4 seed Kansas State was surprised by UC Irvine (well, a surprise for everyone but "Center Road") and No. 4 seed Kansas was knocked out by fifth-seeded Auburn, which was actually favored by sportsbooks over the Jayhawks. While not among the top 16 seeds, sixth-seeded Villanova also lost, guaranteeing a new national champion will be crowned in Minneapolis.

When the betting favorite wins, gamblers call it going chalk, an old-school slang term still common in an era where pools are now nearly ubiquitous. It might have to be bought in bulk for a tournament where the 12th-seeded Oregon Ducks are the only double-digit seed in the Sweet 16. The casinos surely could have used a few more upsets to keep the sportsbook a winner.

If you're a fan hooked in March because of the upstart teams from conferences no one has really heard of knocking off the blue bloods while pandemonium ensues, try back next year.

But for fans who want the best teams still alive and playing for it all, next weekend could be as good as it gets.