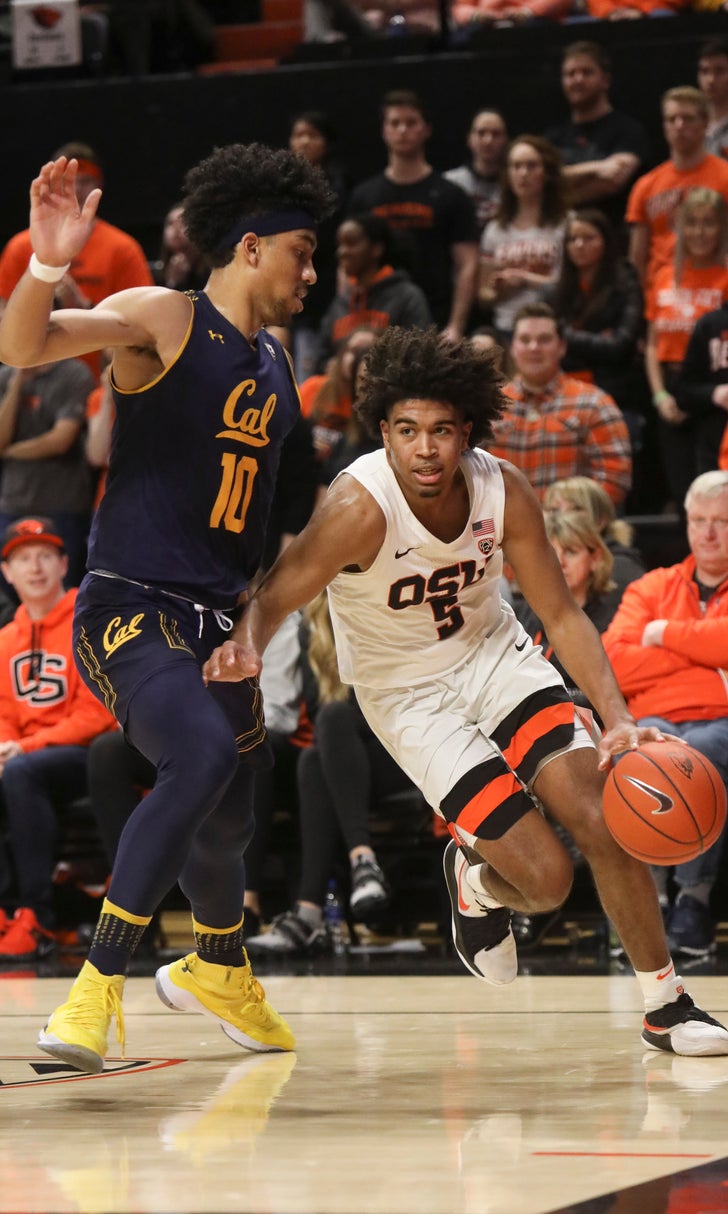 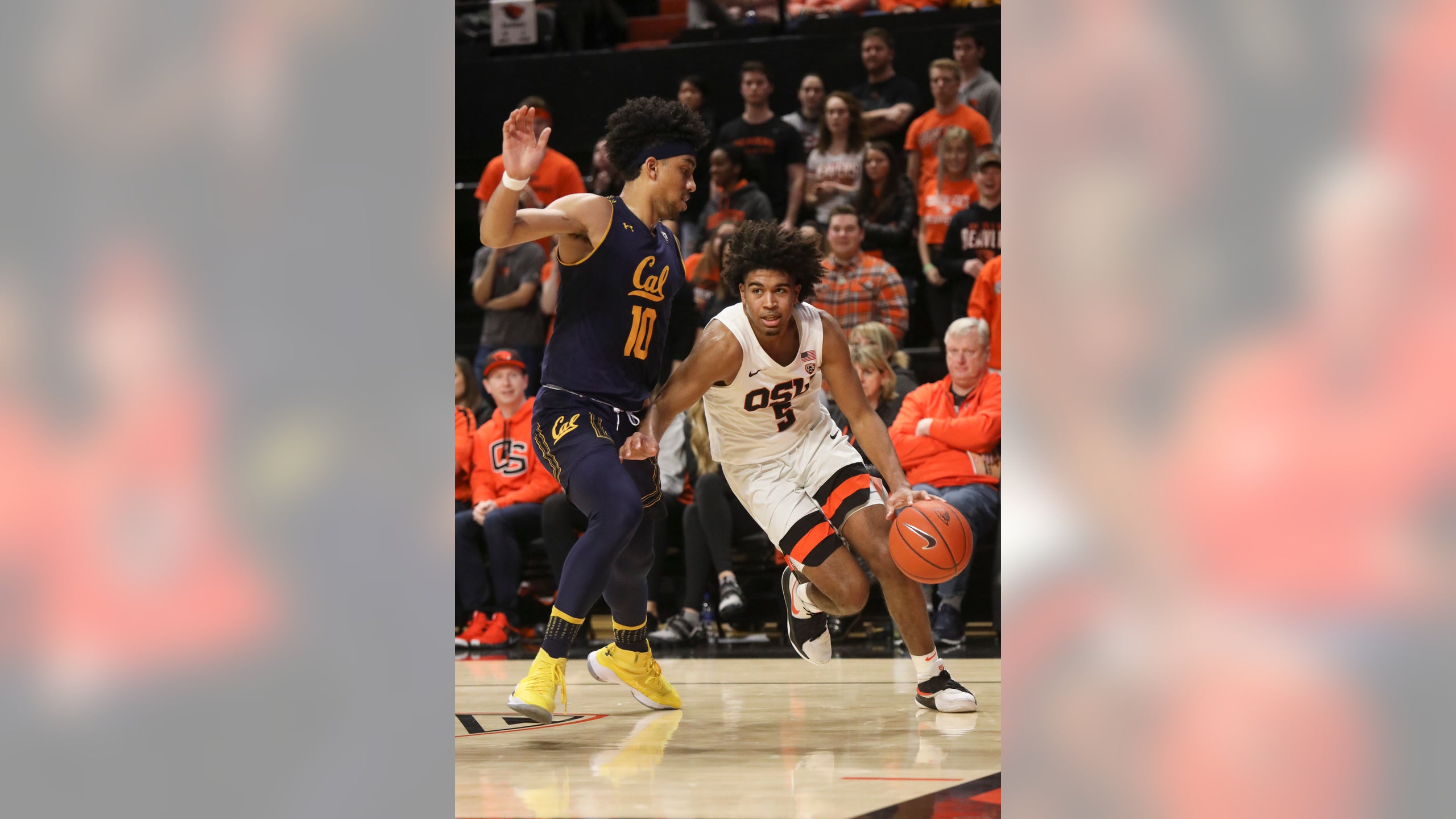 "He's making really good decisions. We put the ball in his hands primarily this year. We know that he can erupt and score for us when we need it. He's a great playmaker because he's got great vision," Tinkle said.

"When it got to the moment of truth, we got the stops and made the plays and they didn't," Wayne Tinkle said.

Justice Sueing and Darius McNeill each scored 16 points and Connor Vanover tied a career-high with 15 points and added four blocks for the Golden Bears (5-18, 0-11), who have lost 12 straight games.

"I thought our guys fought, scrapped, clawed, left it all out on the court and played really, really hard and played together," California coach Wyking Jones said.

California had 22 personal fouls compared to 10 for the Beavers, who shot 23 for 28 on free throws. The Golden Bears made 10 of 12 from the foul line.

The Golden Bears stayed within striking distance, and trailed 73-71 after a 3-pointer by Vanover with 1:45 left.

But Ethan Thompson was fouled and made both free throws, then a California 3-pointer was off the mark on the subsequent possession. Kylor Kelley put back his own missed shot with 40 seconds left to give the Beavers a 77-71 lead and a comfortable cushion.

A 10-0 surge by the Beavers, capped by a 3-pointer from Stephen Thompson Jr. just before the halftime buzzer, put Oregon State ahead 38-32 at the break.

California: The Golden Bears have now allowed nine of 11 Pac-12 opponents to shoot better than 50 percent. The Beavers shot 54 percent (25 of 46). California had won the previous six games versus the Beavers and 11 of the last 12 dating back to 2012.

Oregon State: The Beavers came into Saturday shooting 73.6 percent from the line, just off pace for the school record of 75 percent, set in 1965-66.

BRIGHT SPOT FOR BEARS: Vanover, a 7-foot-3 freshman, has scored in double figures in three straight games. "He's always been very good offensively. Now he's starting to figure it out and do some things defensively that are really helping us, changing shots, blocking shots. He was a bright spot today," Jones said.

BEAVS DEFENSE: Oregon State led 66-65 with about six minutes remaining, and then locked down on defense, holding the Gold Bears to six points the rest of the way. "Coach got us encouraged and ready to go out and get stops. We haven't put a run like that together defensively, getting consecutive stops like that, so it was pretty cool," Ethan Thompson said.