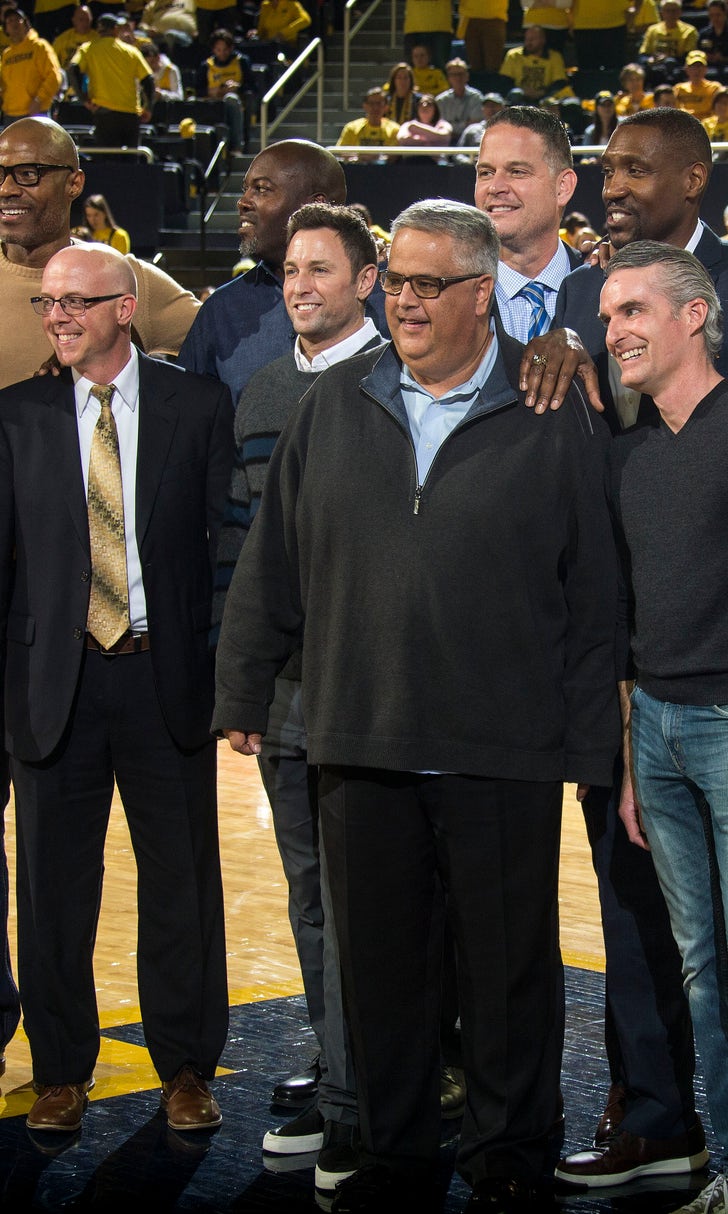 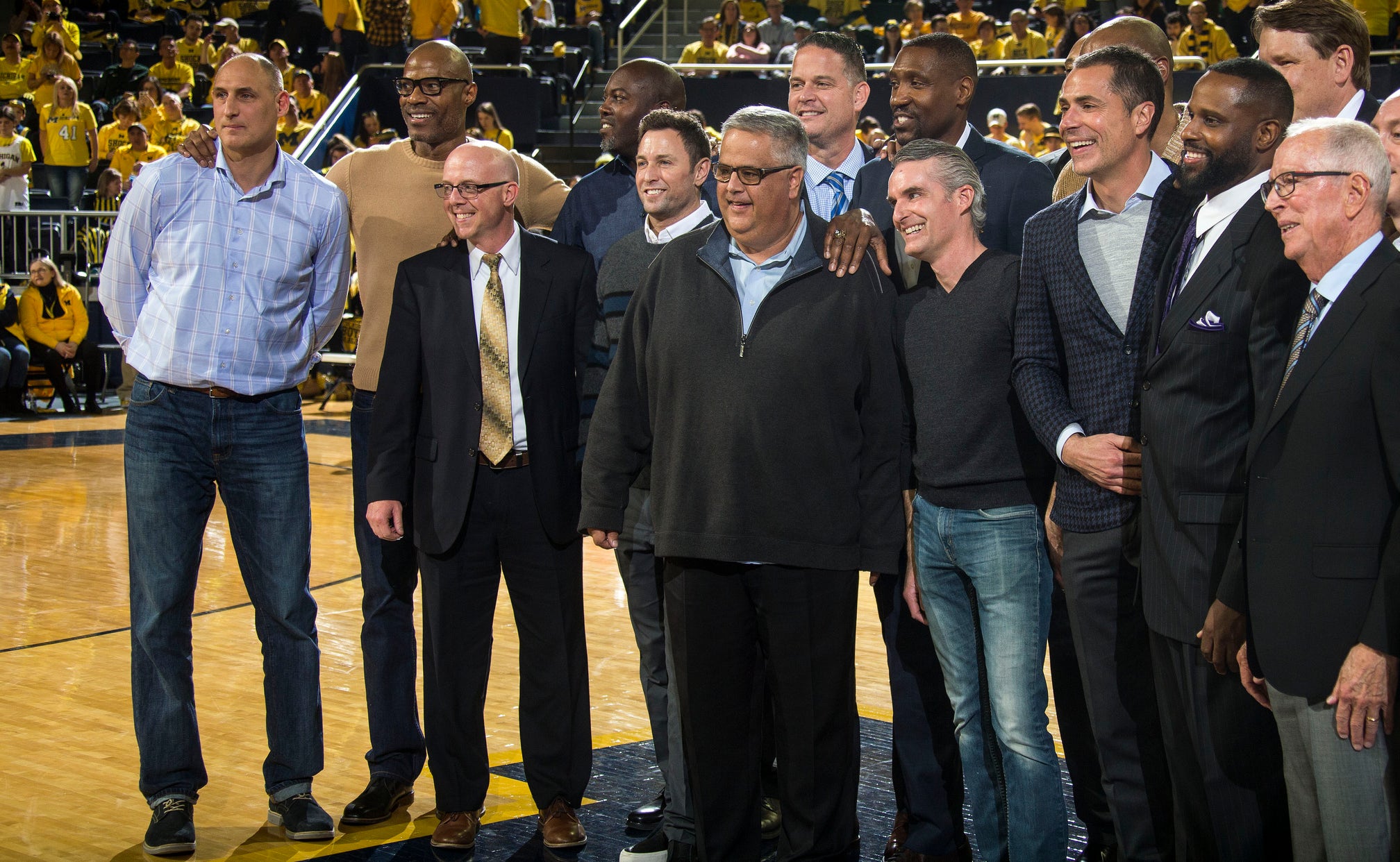 Steve Fisher gets warm welcome at Michigan with 1989 team

ANN ARBOR, Mich. (AP) — Steve Fisher was given a warm welcome back at Michigan on Sunday, returning to be honored with the 1989 national championship team he led as interim coach. He acknowledged being anxious before the halftime ceremony, wondering how he would be received by fans.

Fisher was fired in 1997 after an investigation questioned his role in arranging complimentary tickets for the late booster Ed Martin. The NCAA put the program on probation in 2013 and banned it from postseason play for violations that happened under Fisher during the Fab Five era.

San Diego State hired Fisher in 1999, and he inherited a program coming off a 4-22 season with one winning year in a decade and a half. Fisher, who retired from coaching two years ago, was 386-209 with the Aztecs and led them to eight NCAA tournament appearances.

"Sometimes what you think is your most crushing professional disappointment turned out for me maybe the greatest opportunity to go to a place, America's finest city, and we spent 18 years there as the head coach," Fisher said. "I'm still employed there. It's an environment where because they weren't any good and because we became good, there's immense appreciation for what we did."

Fisher led Michigan to its only NCAA title, filling in for Bill Frieder, who was fired just before the tournament started because he took a job at Arizona State. The late Bo Schembechler, who was athletic director at time, announced "a Michigan man is going to coach Michigan," and promoted Fisher ahead of the opening round.