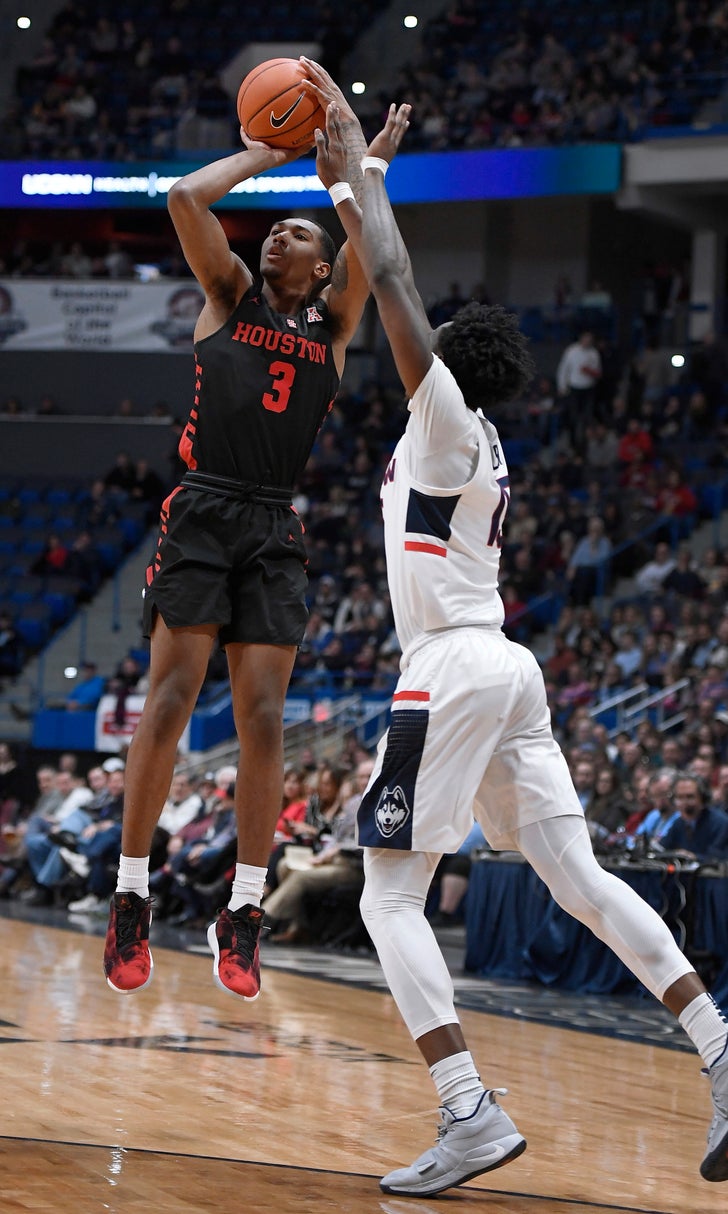 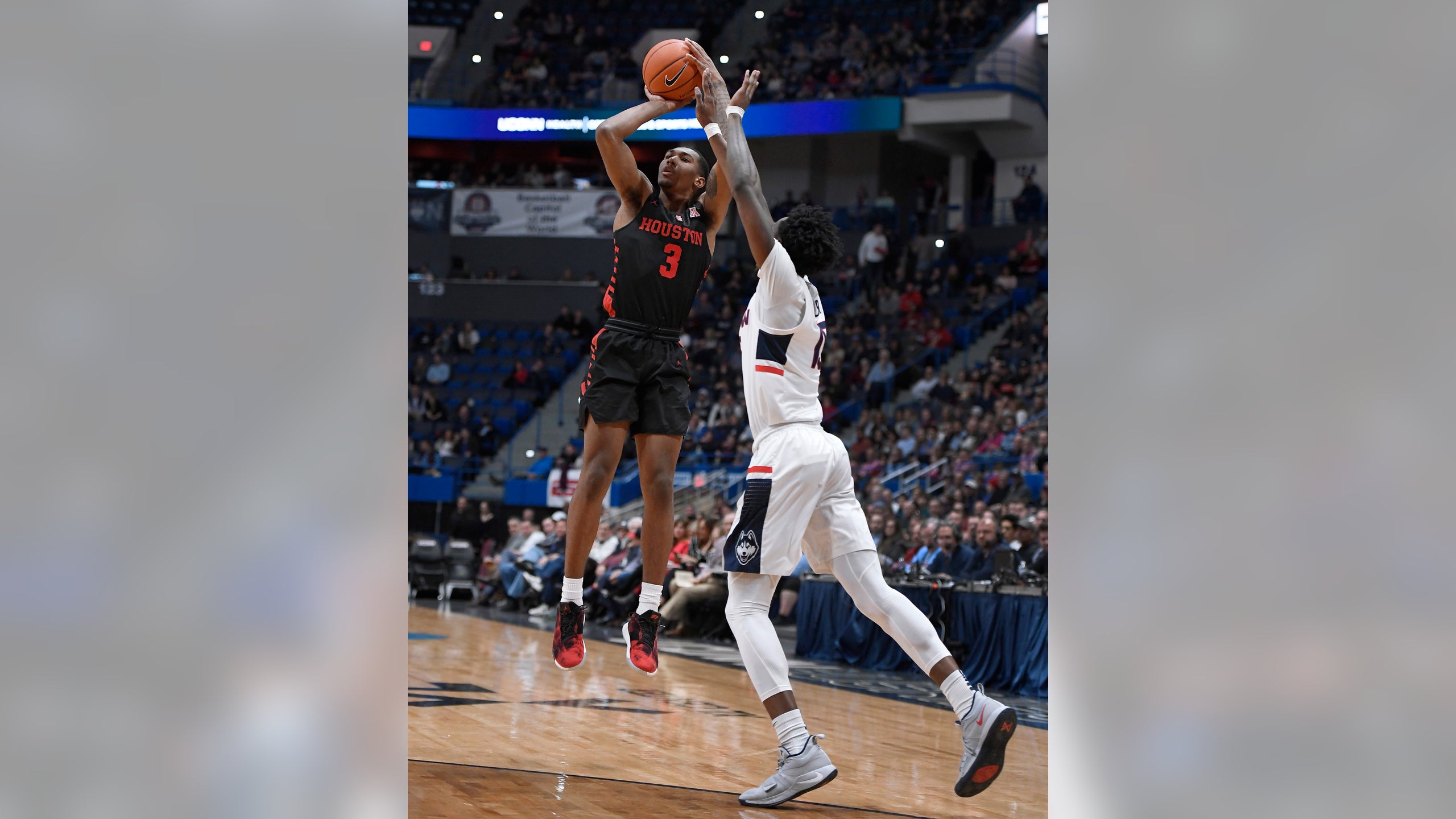 HARTFORD, Conn. (AP) — Houston guard DeJon Jarreau believes he's gotten his basketball career back on track and expects to be a factor as the Cougars make a run at a conference title and perhaps something bigger.

The sophomore transfer from Massachusetts had 18 points and seven assists to help No. 9 Houston beat UConn 71-63 on Thursday night for its ninth straight victory.

Armoni Brooks added 12 points for the Cougars (24-1, 11-1 American Athletic Conference). They opened the second half with a 17-4 run to take control.

Jarraeu had to sit out last season as a transfer and to get his academics in order at a junior college. He missed seven games early this season after the deaths of his grandmother and a cousin, a finger injury and a disciplinary issue.

He followed a 16-point game against Cincinnati on Sunday by hitting six of his 10 shots against the Huskies.

"Missing a lot of time last year and at the beginning of the season really messed me up," he said. "But everybody kept encouraging me, telling me to keep my head up. Just add me as another playmaker alongside all of our guards and I think we can make a deep run,"

Christian Vital had 15 points for UConn (13-12, 4-8). The Huskies have lost three straight since a knee injury took out scoring leader Jalen Adams.

"We just weren't ready for the way they were going to bring it, both ends of the court there," UConn coach Dan Hurley said.

UConn cut it to 61-55 after a 3-pointer by Sidney Wilson and a free throw from Christian Vital.

But another driving layup by Jarreau, followed by a steal and two foul shots from Cedrick Alley Jr. brought the lead back to double digits.

"Probably our most talented kid is Jarreau," Houston coach Kelvin Sampson said. "He's still not there yet. I see him in practice every day do some things that he hasn't quite let himself do in games."

The Huskies failed to capitalize on 21 Houston fouls, going 14 of 25 from the line.

UConn: The Huskies played without two stars. Junior point guard Alterique Gilbert missed his fifth straight game since suffering the latest in a series of injuries to his left shoulder. Adams has what may turn out to be a season-ending knee injury. The Huskies are 1-4 since Gilbert's injury.

Houston: The Cougars' bench, led by Jarreau, outscored UConn's 42-9. Chris Harris Jr., Cedrick Alley Jr. and Brison Gresham were a combined 9 for 9 from the floor.

UConn had a chance on a fast-break to cut the Houston lead to six points after Wilson's 3-pointer with just under three minutes to play, but the referee Gerry Pollard blew the play dead, believing Houston had committed a shot-clock violation, even though there was still one second showing on that clock.

"That's a terrible rule though," Sampson said. "Even if it was zero on the clock and the horn went off, they should just continue to play. Because that's a penalty to the offensive team.

Houston hasn't dominated anyone since a 44-point win over East Carolina on Jan. 23, but with five straight road wins and Sunday's victory over Cincinnati they are making a statement to voters.

UConn forward Josh Carlton said the Huskies are just beginning to learn how to play without Adams and Gilbert.

"We just have to try and grind teams out more," he said. "Try to keep games low. We know we're not going to beat teams playing in the 80s.

UConn: The Huskies have a week off before playing SMU in Texas on Feb. 21. The Huskies beat the Mustangs by 10 points last month in Storrs.

Houston: The Cougars head to New Orleans at face Tulane on Sunday.