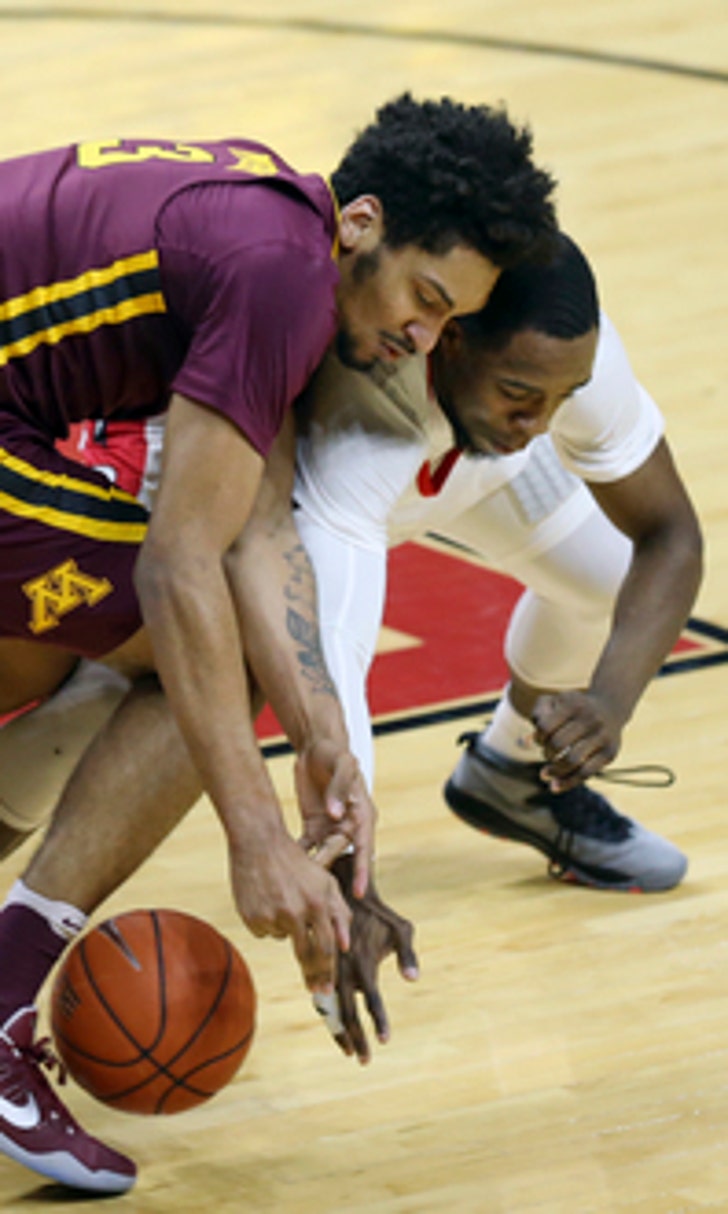 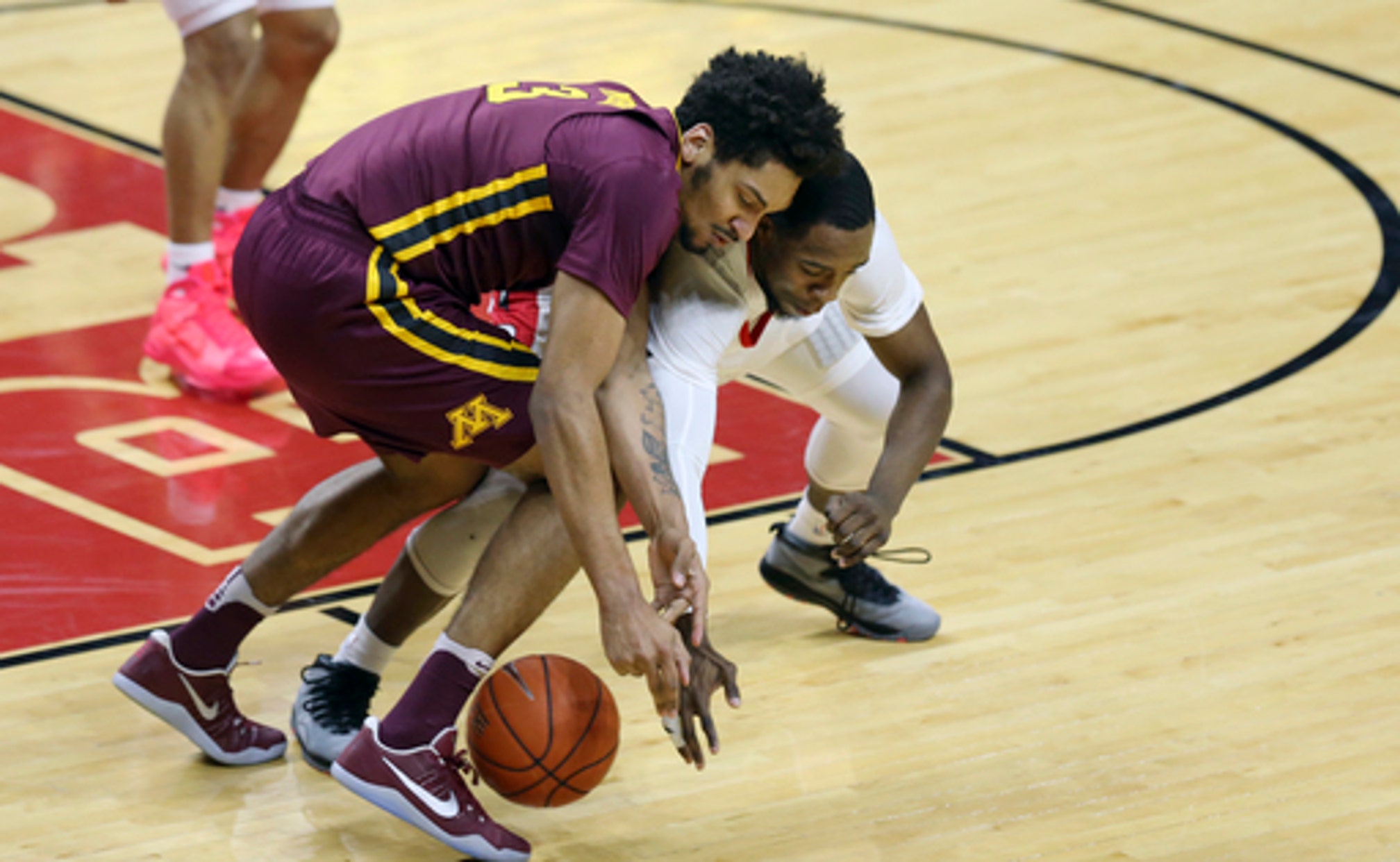 With Joey King sidelined with a fractured foot, and then-leading scorer Nate Mason, Kevin Dorsey and Dupree McBrayer suspended for the season for violating team rules after a sexually explicit video was posted on Dorsey's Twitter and Instagram accounts, the Gophers had just eight players available - including three walk-ons - when they traveled to Piscataway for the Big Ten regular-season finale last March.

The result was an embarrassing 75-52 loss to a lowly, seven-win Rutgers team gearing up to fire head coach Eddie Jordan.

The difference a year makes.

On Saturday, Jordan Murphy scored 17 points and had 11 rebounds to lead Minnesota past Rutgers 72-63.

''So now that we're full strength, I think we're a good team. So hopefully we'll continue to get better. After 25 games, I love where we sit. I really do.''

Rutgers (13-13, 2-11) was led by C.J. Gettys, who had a team-high eight rebounds, and Mike Williams with 14 points each. Corey Sanders added 13 points, five assists and five rebounds.

The Scarlet Knights, who trailed by 12 early in the second half, cut the lead to five after Williams hit a 3-pointer to make it 66-61 with 4:02 to play.

''We're competing,'' Williams said. ''Like Coach said, it's not the Rutgers that everybody had on the schedule and was like, `We have an easy W,' and either you're going to take this L or have a hard-fought victory. Nothing easy.''

Murphy fouled out at the 2:28 mark with Minnesota leading 68-61 and Rutgers again pulled within five, 68-63, on a Gettys tip-in with 1:44 remaining before the Gophers made four free throws in the final minute.

Pitino credited it to his team's ''next man up philosophy.'' And the Gophers' fourth-year coach feels like his team is hitting its stride at the right time.

''We're playing our best basketball,'' Pitino said. ''It's most important to do that in February.''

Both teams struggled beyond the arc. Minnesota was 3 of 17 while Rutgers was 3 of 14.

Minnesota: Ranked No. 24 last month, the Gophers followed up the ranking with five straight losses before reeling off three wins in a row. Minnesota is trying to up its seeding in the Big Ten Tournament and gain a bid to the NCAA Tournament.

Rutgers: After starting the season 11-1, the Scarlet Knights have fallen to .500 for the first time under first-year coach Steve Pikiell.

Minnesota: Host to Indiana on Wednesday.

Rutgers: Travels to Purdue on Tuesday.