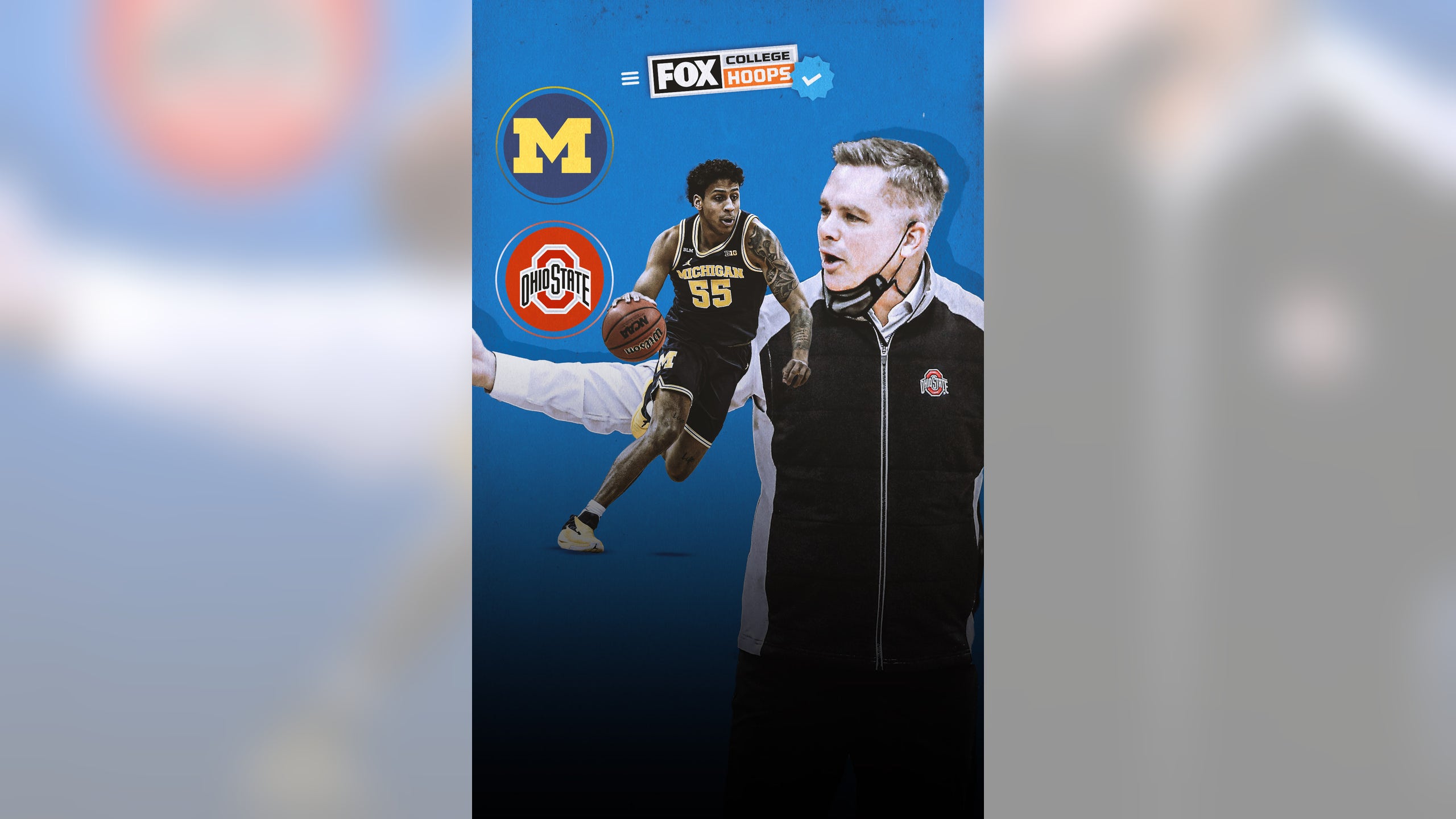 It was a big afternoon in the Big Ten.

Rivalry games at the collegiate level come with a lot of hype, and when both teams are ranked in the top five nationally, the anticipation is through the roof – and such was the case on Sunday, when No. 4 Ohio State played host to No. 3 Michigan.

And the first-ever top-five matchup between the two programs gave fans everything they wanted and more.

The Wolverines were able to claim bragging rights with a 92-87 victory in a hard-fought contest between the two traditional football powerhouses, and the win also gave Michigan its best start in conference play in more than 40 years.

Here are the key takeaways from Sunday's game:

A rivalry game is an opportunity for freshman to make their name on the big stage, and Michigan freshman center Hunter Dickinson took advantage of that opportunity.

Dickinson entered the game averaging 14.6 points per game but was even better than advertised, scoring a team-high 22 points and grabbing a team-high nine rebounds to help pace Michigan to a victory.

This was the fourth 20-point outing of the season for Dickinson and Michigan has won all four of those contests.

The freshman is already proving to be one of the best big men in the Big Ten, and he has another chance on the horizon to dominate against a ranked opponent when the Wolverines take on No. 11 Iowa and All-American center Luka Garza on Thursday.

The Buckeyes might not have come out victorious against the Wolverines, but it wasn't because their two leading scorers didn't come to play.

For Liddell, his 23 points marked the seventh time this season he has scored 20 points or more in a contest.

Sunday was the first time that OSU has lost when Liddell has scored 20 or more.

Michigan entered Columbus in first place in the conference, while Ohio State was in third place, and though the standings weren't affected by today's outcome, the win by Michigan could pay dividends down the line.

Michigan now sits 1.5 games ahead of Ohio State in the Big Ten standings and holds the tiebreaker over its rivals with Sunday's win.

The Wolverines still have ranked matchups with No. 5 Illinois and No. 11 Iowa remaining on their schedule, but Sunday's win allowed for some breathing room atop the Big Ten standings.

Find a college hoops game that got more love and admiration on Twitter than this one – we'll wait.