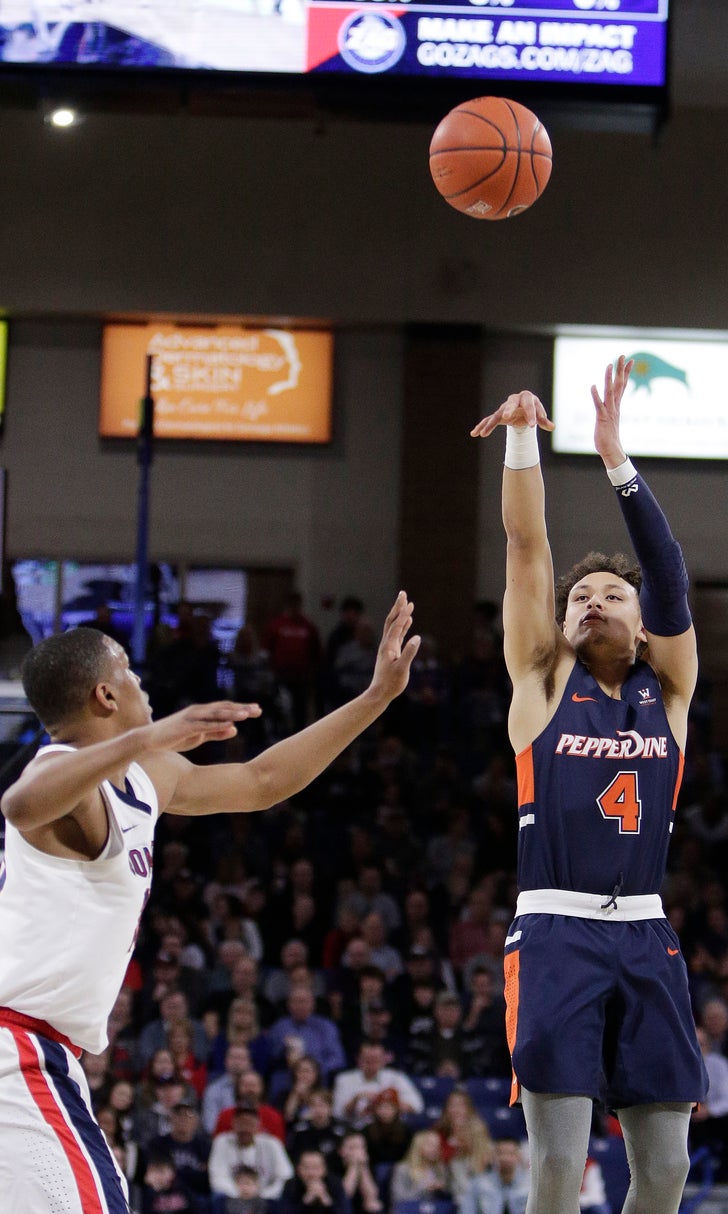 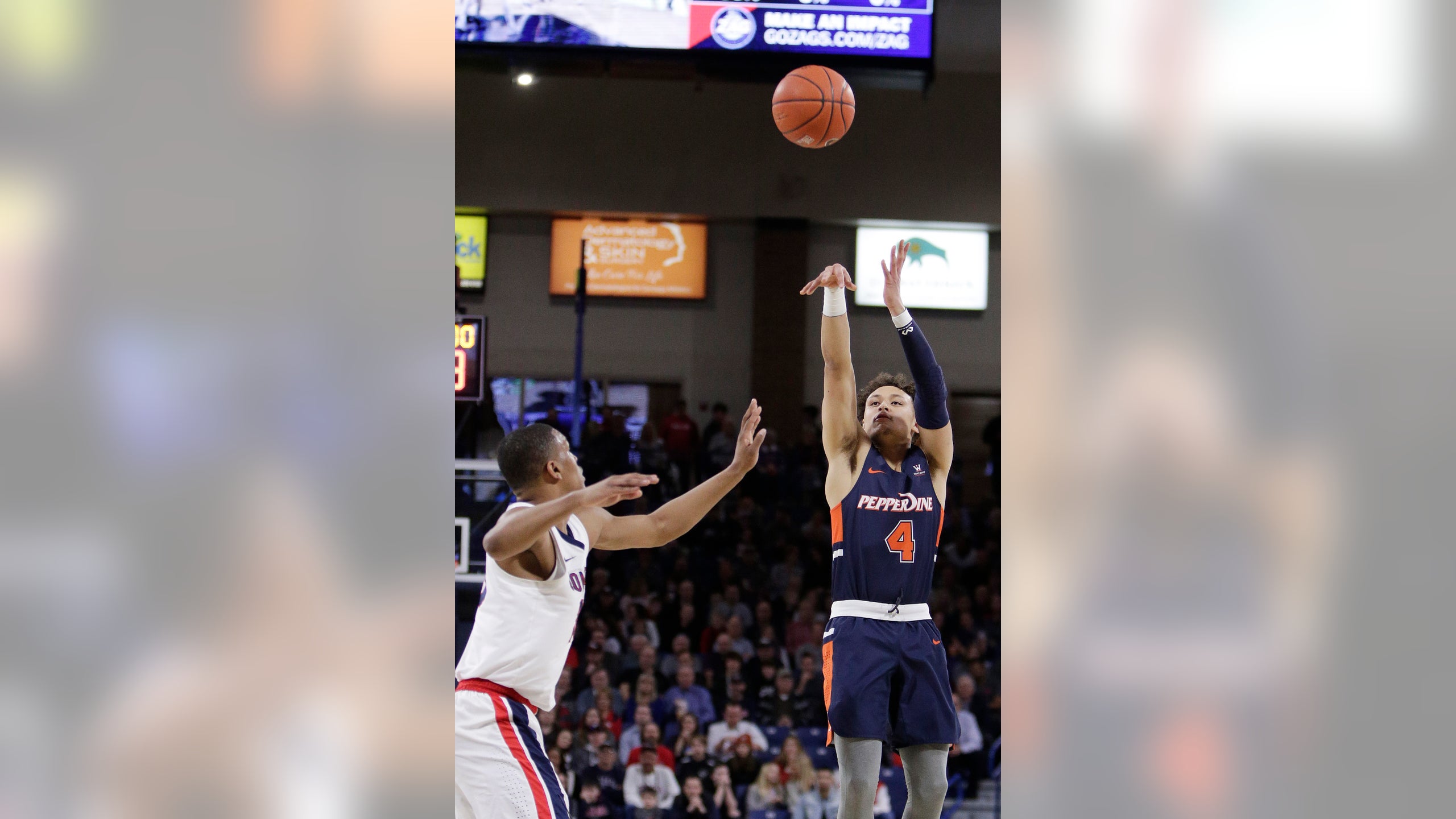 Hachimura leads No. 2 Gonzaga over Pepperdine 92-64

SPOKANE, Wash. (AP) — On a night when Josh Perkins became the career assist leader at No. 2 Gonzaga, the Bulldogs clinched a seventh consecutive West Coast Conference regular season title and kept the door open to a possible No. 1 ranking next week.

"A conference title is one of the goals on our board at the start of the year," coach Mark Few said. "It's a heck of an accomplishment."

"Everybody has their eyes on bigger prizes," Few added, including a deep run in the NCAA Tournament.

Perkins scored 10 points and dished out nine assists, giving him 670 assists in his career. That beat the record of 668 assists set by Matt Santangelo, the point guard on Gonzaga's Elite Eight team that captured the attention of the nation in 1999.

"It's a great accomplishment when you think of the phenomenal guards that have been through this place, going back to the greatest guard who ever played," Few said in a reference to Gonzaga legend John Stockton, the NBA career leader in assists.

"Perk has great vision and makes great reads of ball screens," Few said. "He delivers the ball to the right spot."

Perkins called it a team accomplishment.

"It's big-time," he said. "It's something you can't take away. All the credit goes to my team."

"At times we did a decent job defensively," Pepperdine coach Lorenzo Romar said. "And other times we weren't guarding well at all."

"They are an incredible basketball team," Romar said of the Zags.

Gonzaga shot 63 percent while holding Pepperdine to 38 percent to coast to victory. The Zags jumped out to a 21-11 lead midway through the first, using a pressure defense to disrupt the Waves.

Hachmiura's 3-pointer at the buzzer lifted Gonzaga to a 53-33 lead at halftime. He had 21 points in the first, Norvell had 17, and Gonzaga shot 65.6 percent.

"We did what we could to claw back," Romar said.

The Bulldogs could return to No. 1 if they win both games this week, after top-ranked Duke was upset by No. 8 North Carolina on Wednesday. "That has more meaning this time of year than when you are doing it in November," Few said. "It means a job well done by these guys."

Clarke, who leads the nation in field goal shooting at 68 percent, made 8 of 10 shots and recorded his ninth double-double. Hachimura made 10 of 13 shots.

Pepperdine: The Waves have already doubled their win total from last year under first-year coach Lorenzo Romar. ... Romar faced Gonzaga numerous times when he was head coach at Washington. ... Colbey Ross entered the game averaging 18.7 points and 7.3 assists per game. ... Pepperdine played without second-leading scorer Kameron Edwards, out indefinitely with a foot injury.

Gonzaga: The Bulldogs lead the nation with an average of 90.2 points per game and with 52.8 percent field goal shooting. ... They are seeking to go undefeated in the WCC for the first time since 2013. ... Gonzaga has won at least 25 games for the 12th consecutive season.