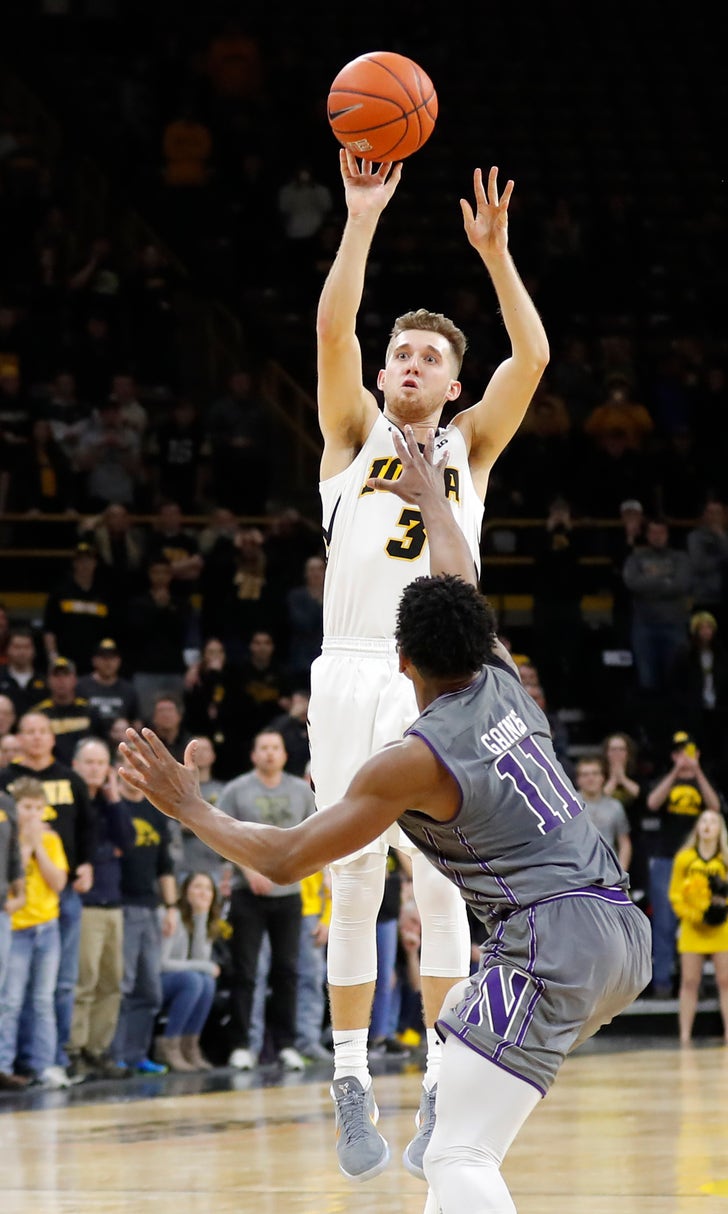 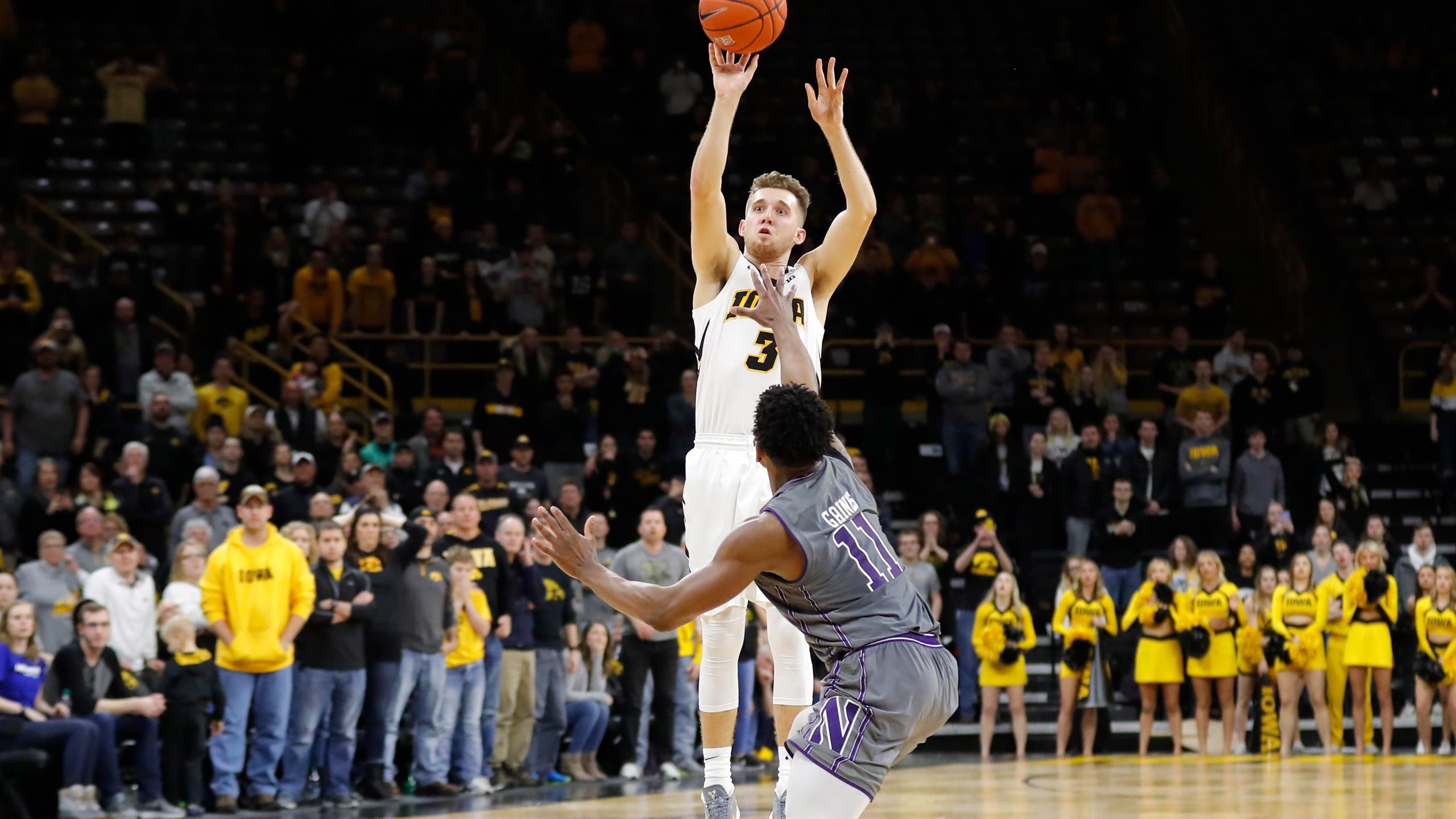 IOWA CITY, Iowa (AP) — Iowa's Jordan Bohannon feels most comfortable at the end of games, and it showed against Northwestern.

Bohannon hit a 3-pointer from 23 feet with three-tenths of a second remaining as No. 20 Iowa rallied from a 13-point deficit and beat Northwestern 80-79 Sunday night.

It was the second straight game the Bohannon played hero for the Hawkeyes (19-5, 8-5, Big Ten). And again, it was his long-range shooting that did the trick.

"Ice in my veins, right?" Bohannon said through a laugh. "No, like I said, I just feel really comfortable toward the end of the games. When you have a coach like Coach (Fran) McCaffery who gives the ultimate green light to you, it gives you the supreme confidence to be able to make shots like that down the stretch.

"Coach McCaffery did a good job of drawing up a good set and I just tried to do what I've always done, just try to close out games and make the most of the time I'm out there."

Bohannon's second-straight highlight-reel performance came as no surprise to McCaffery, who has gotten to see the youngest Bohannon — who had two older brothers play Big Ten basketball — play since grade school.

"It's one of those things where if it ended the way that it did, you know (Bohannon) is going to make the shot," McCaffery said. "He's been doing it since fifth grade.

"He did it against Penn State, too. He's had an amazing year in that respect. He's fearless. That's why he's got to be on the floor."

Bohannon scored his first points with 5:28 to go on a jumper and finished with 15 points with 3-for-4 shooting from 3-point range.

Freshman Joe Wieskamp scored 21 points, including a 3-pointer that was part of the Hawkeyes' comeback with less than six minutes remaining. Tyler Cook had 19 points and 11 rebounds, and Isaiah Moss scored 16 points on 6-for-12 shooting.

The Hawkeyes struggled through most of the game against the visiting Wildcats, getting beat heavily on the boards (37-26) and allowing Northwestern to shoot better than 50 percent from the field.

McCaffery said the final play was drawn up with multiple options, including for Wieskamp, Cook and Moss, in addition to Bohannon. It was up to his son, Connor, to make the right decision.

"We ran a play with multiple options, and it's up to the players to execute," McCaffery said. "It's up to the inbounder to make the right decision.

"You don't want to force it there because it might not be there. We had options for Cook, for Joe and options for (Moss). Connor (McCaffery) had to read it, he made the perfect read and (Bohannon) made the shot."

Iowa: The Hawkeyes got a season-defining win 10 days ago against Michigan and backed that up on the road at Indiana. A furious comeback helped erase what would've been a letdown, and now positions the Hawkeyes for several crucial games to better their NCAA Tournament seeding down the stretch.

Northwestern: The Wildcats looked like they were going to snap a three-game losing streak overall and get just their second Big Ten road win this season to go along with their victory Jan. 18 at Rutgers. Instead, they fell further into the trap of playing on the first day of the Big Ten Tournament and have lost four in a row.

Iowa: The Hawkeyes' comeback all but ensures they stay firmly inside the AP Top 25, especially given the number of ranked teams that lost in the last week.

Iowa: At Rutgers on Saturday.