It seems funny to look back on now, but for much of David Beckham’s time with the Los Angeles Galaxy, it seemed as though his blockbuster move to Major League Soccer would end as a crumbling failure.

In 2007, Beckham made a remarkable switch — in his prime — from Spanish giant Real Madrid to the Galaxy, for a reported remuneration package of $250 million over five years. The goal was lofty: to bring MLS to relevance in both international soccer and on the American sports scene.

David Beckham scored a few crackers during his time at LA Galaxy, this is one of my favourites… pic.twitter.com/HOBhDneS7w

Yet beyond the opening blast of attention, things quickly began to go wrong. Beckham arrived injured, and his playing time was initially restricted. Fans around MLS were excited to see him, but all too often all they got a glimpse of was him sitting on the bench.

When he joined, the Galaxy was a dismally bad team and soon hired an equally bad coach, the disinterested Dutchman Ruud Gullit. Two years in, and the Beckham experiment was collapsing, as the English star was looking for a way out.

Fast forward to today, and the narrative could not be more different. Beckham, long since retired, is now an owner. Startup club Inter Miami began play this season, and he has been doing the rounds of media and chat shows to promote the new venture, one that took plenty of patience as he and his partners negotiated the South Florida political jungle in their search for an appropriate stadium site.

Wherever he goes, he is touted as the man who made the league what it is currently, his arrival seen as a watershed moment that catapulted MLS from 13 teams when he joined to 26 at present, with at least four more on the way.

Beckham was the first “designated player,” a mechanism that allows MLS teams to spend beyond the salary cap for performers of international quality. Now they are dotted all around the league, and the quality of play has jumped significantly.

So how, after such a shaky start, did he do it?

"The Galaxy will always be a special place in my heart "

After his statue was unveiled, David Beckham talked with @RobStoneONFOX and reminisced on his time with the @LAGalaxy. pic.twitter.com/0ga5OE4TJY

Once fit and healthy, the competitive drive kicked in. For all the hype and celebrity status, Beckham wanted to win.

“The Beckham effect is twofold,” said Landon Donovan. “It is what he has meant to Major League Soccer’s brand and (all kinds of) revenue. The other piece is what he has done for the product on the field. He was a great player, played great for many of the years he was here. But the effect is now that other players come to MLS because David Beckham came.”

Donovan was speaking in “The Beckham Effect,“ a documentary looking back on his playing stint in the league, which culminated in back-to-back titles in 2011 and 2012. Made by filmmaker Jonathan Hock, it is based around memories from key figures in the league, and will be first broadcast on FS1 tonight at 9:30 p.m. ET.

Beckham’s move was particularly significant to me, in that I probably wouldn’t be sat here in California, writing this column, without it. When he moved to the Galaxy, I was offered a three-month writing contract with Yahoo Sports to cover the end of his first season – then ended up staying, getting married and living here ever since.

The early days were often rocky. The Galaxy were a laughing stock for a good while. Beckham, having come from Manchester United and then Madrid, had never lost games with such frequency. Donovan didn’t care for what he saw as Beckham’s lack of commitment. Beckham didn’t care for Donovan’s barbed public criticisms. 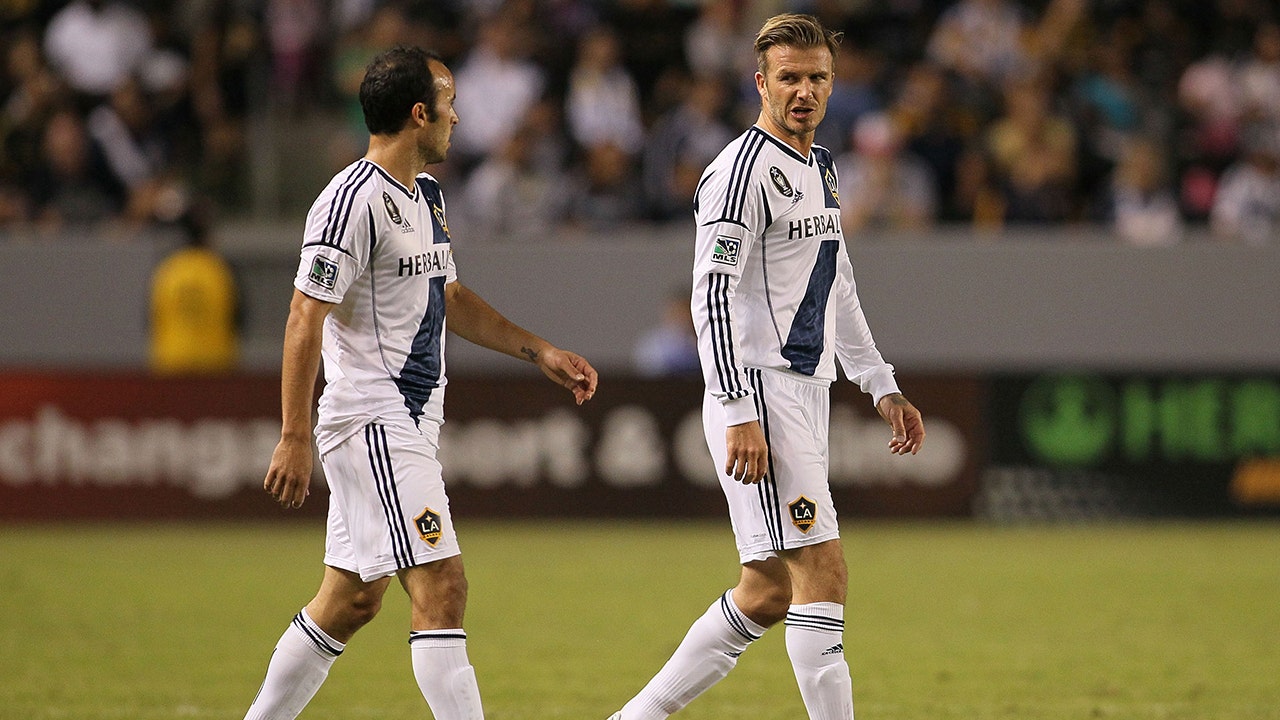 “The move put a spotlight on the league in every way,” Will Kuhns, a producer on the film who has worked in various roles for MLS for more than a decade, told me. “Everyone had to step their game up. Players, coaches, administrators, the league staff. Everything was on a different level. It was big time. We are still seeing the positive effects of it now.”

By the end, the Galaxy had resoundingly gotten it together. Head coach Bruce Arena built a team and a system that turned into a juggernaut, helped by key acquisitions such as heavy-scoring Irishman Robbie Keane.

In 2011, what was supposed to be Beckham’s last year, they won the MLS Cup with a 1-0 victory over the Houston Dynamo. The game-winner was set up by the team’s three big stars – Beckham heading the ball to Keane, whose pass found Donovan, ready to strike.

Already by then, the underlying pieces of the Beckham aura had started to come into play. MLS was becoming better known, and much better respected, globally. Major players were beginning to see it as a viable option. Money was up — everything from player salaries to expansion fees and television revenue. And it has only continued since.

“As we look back, David Beckham did what he said he was going to do,” Arena said in the program. “The objective was to be successful, win championships and create some visibility for this league that they’ve never seen before.”

Beckham was having enough fun that he signed on for an extra season, helping the Galaxy to win the MLS Cup again.

The initial struggles are long forgotten, yet some of the lessons he learned in the early days with the Galaxy may serve him well now. It is not easy for expansion teams to come in and try to compete immediately with settled squads.

The expectations right away for Inter Miami are low. The star power of Beckham’s name and the British media’s obsession with him means there will be links with elite signings — Cristiano Ronaldo and Lionel Messi have even been mentioned as targets. As things stand, the team has some catching up to do.

Yet Beckham the owner is being backed by those who saw him ultimately make a rousing success of his playing time in MLS.

“David was the trailblazer that transformed our league,” MLS commissioner Don Garber said. “Players will come and go, some of them will be more popular than others. But nobody will be like David Beckham was.”

“The Beckham Effect” is interesting because it takes us back to a different time, one where soccer was often mocked and the league did not have any kind of serious foothold on the American sports market. Things progressed over time, a drip-drip effect for which now, we can see, Beckham was a primary catalyst.

Nowadays, when people like LAFC owner Larry Berg insist soccer will bypass baseball and hockey to become America’s No. 3 sport within a decade, no one scoffs. The fervent soccer haters, so strong in numbers a generation ago … what happened to them?

Along with other things like cultural and demographic changes, and just a greater understanding of the sport, the Beckham effect is what happened. It was never going to happen overnight, but happen it did. And American soccer changed forever because of it.