As one of the longest–tenured Jordan Brand athletes, Ray Allen has lived a sneaker aficionado’s dream. From wearing special player editions kicks in games to appearing in some of the brand's most prominent campaigns, Allen has carried the legacy of MJ everywhere and is now passing the torch down to the next generation of basketball athletes.

Jarrel Harris: What do you think about the Jordan Brand Classic experience and Class of XXXI Campaign?

Ray Allen: Well it is an awesome campaign just to think about what Michael Jordan started. I don't think he even knew what he started. Just from his passion from the game and the jumpman that just transcends sport. It's lifestyle for us, it's a competition, it's a brotherhood, it's a sisterhood. You see some of the them that sport the logo and now with the shoe (the XXXI) it's just connected to generations. You can ask a person what their favorite Jordan is and based on what they tell you, you would know how old they are. Because there's a certain time in a year where you learn how much a shoe means to us. That's when we got our hands on it or couldn't get our hand on it. It's been privileged because I couldn't get my hands on it. And to represent the Brand for the last 20 years is an incredible honor. Now looking at these kids, they don't realize they are ambassadors now the minute they step on the court. 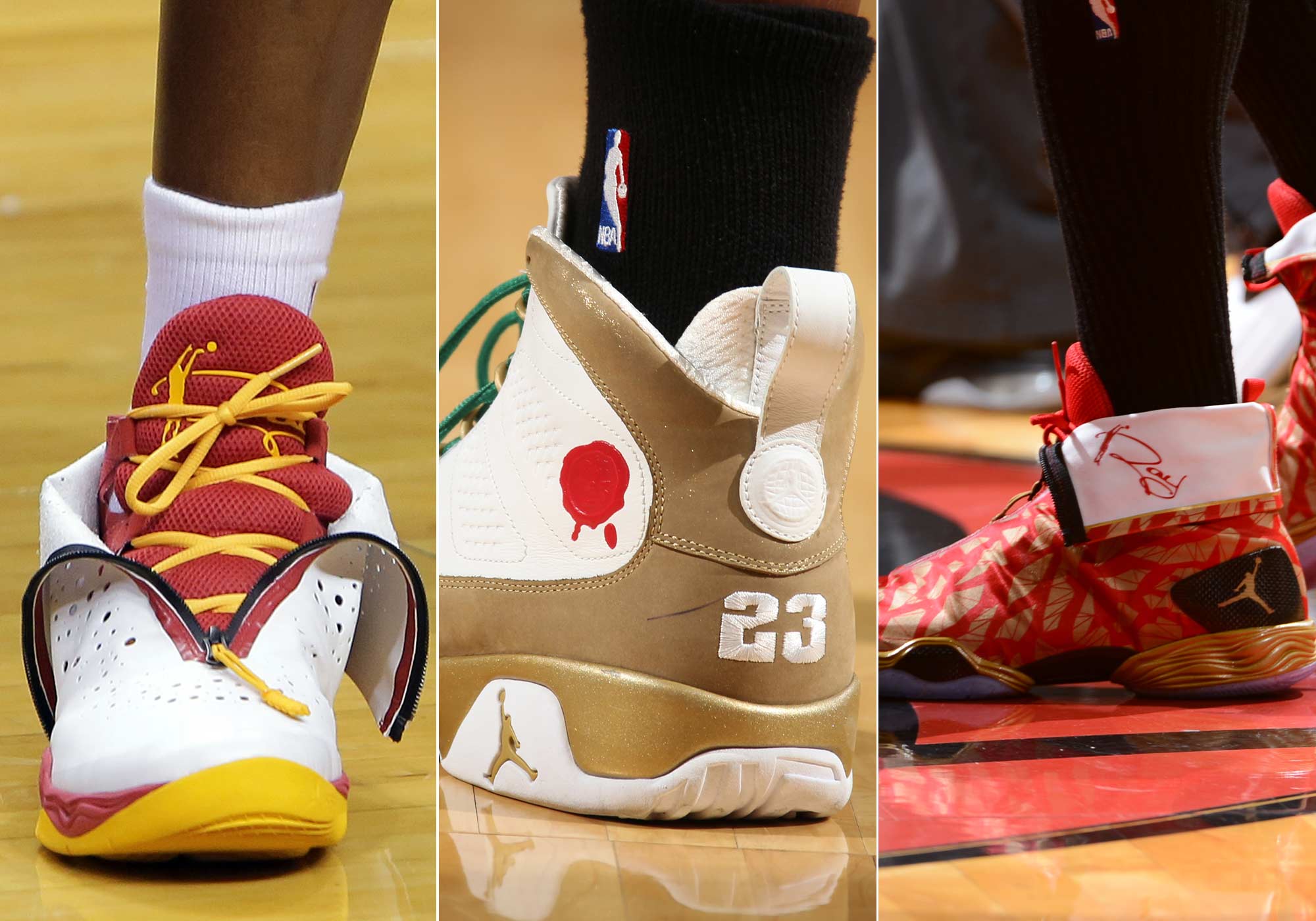 JH: You recently traveled to Spain to work with the JBC international team… How was that experience and what are your thoughts on how far the game has grown?

RA: It's super crazy and I told them when I was there, 'You guys weren't born yet, but the 1992 Olympics was probably the jump off for the global expansion of NBA basketball.' Because when the people in Barcelona got to see the Dream Team, the best players the NBA could offer, we didn't have League Pass, we didn't have any of that. It was like their first glimpse of these superhuman incredible athlete basketball players. After the NBA started to realize that this was a huge market. They started getting teams for preseason, exhibition stuff, training camps, and now we play NBA games overseas. So just being over there in Barcelona you just see the effect that's it's had. Because even on the Olympics, each year now, teams are trying to fill good players—you now see when American players who play overseas start playing on their Olympic squads, which in turn shows a greater face of those countrymen that these kids want to play better basketball. You see a lot of coaches from the NBA coaching on Olympic teams in other counties and doing camps and stuff, those programs really grow the game. It's good globally because for one, business wise it's more money for the pot for everybody. It truly makes the international game and we see more of a spicier talent pool. It's truly a world championship now when someone wins the NBA Finals. 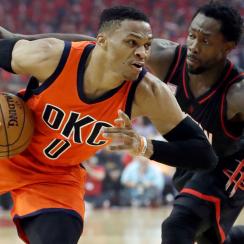 JH: You have been with the Jordan Brand longer than most athletes… For someone thinking about signing with the brand—what would be your pitch?

RA: I don't think I need to throw a pitch. The brand sells itself. In my time in the NBA every teammate that I had wanted to be a Jordan Brand athlete. They wanted the shoes I had, they wanted the gear I had, they wanted me to give them shoes. So I think the brand sells itself because there are so many iconic shoes that the kids want to be a part of and I don't think there is anything like that that exists. There are shoe companies that may come out with one or two good shoes over the course of time but the Jordans? The depth is crazy. 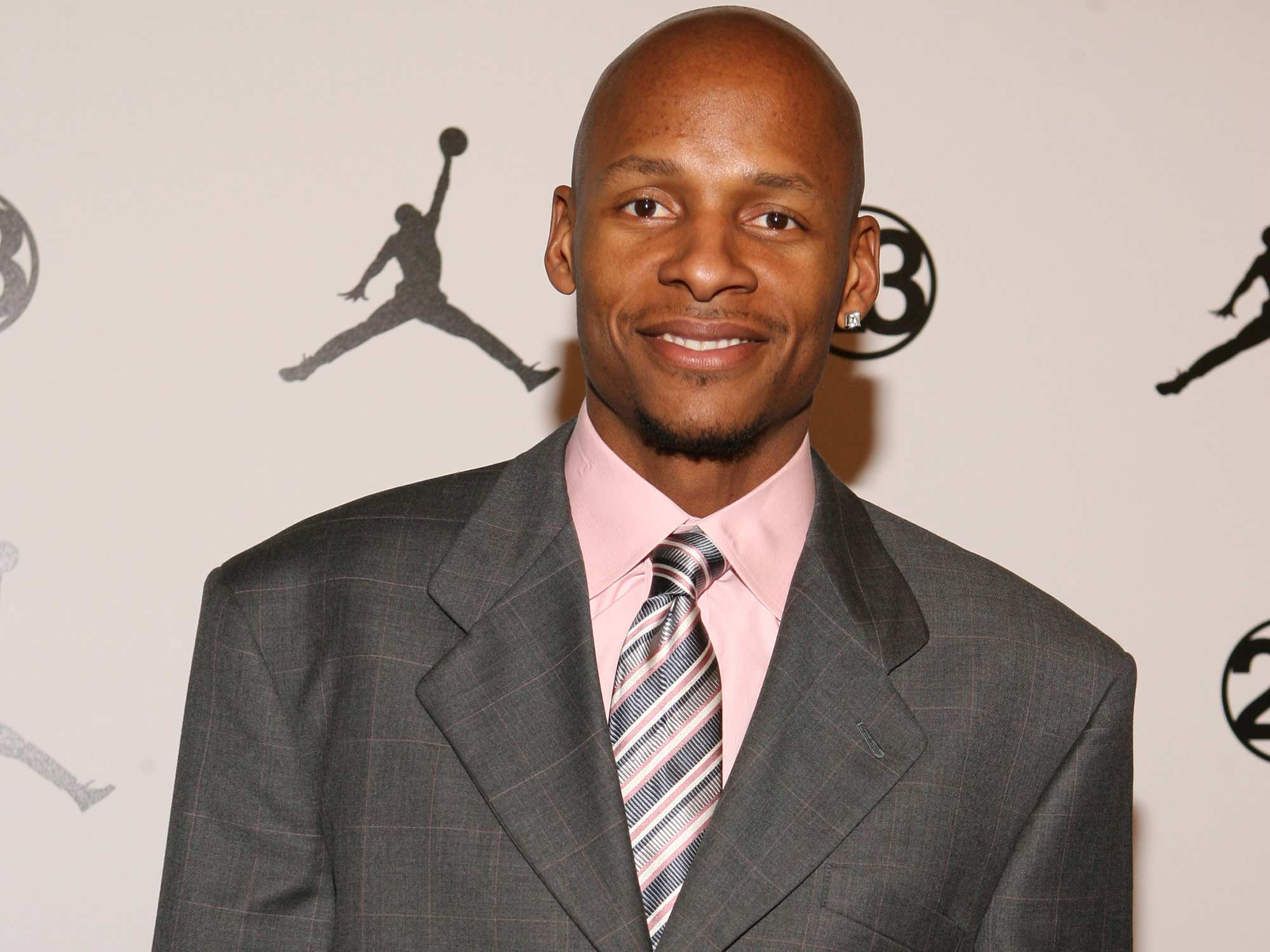 JH: What is your story behind signing with the Jordan Brand?

RA: I almost ended up wearing FILA. My agent at the time tried to make me accept a check for a $100,000 but they were telling me they were going to give me a signature shoe. It was either FILA or Nike at the time and (FILA) told (I'd get) the signature shoe for five years years but the first two I had to lead the team in scoring, rebounding, steals or assists. And I'm going to Milwaukee with Glenn Robinson and Vin Baker and I was like this is basically a two year deal, they were just trying to put the wool over my eyes and I was smart. I didn't need the $100,000. Then Nike came back and said well listen, if you come with us we can't guarantee you a shoe but we are starting this new company, it is going to be called Brand Jordan and you will be one of the first athletes. And you know there were no guarantees made. I didn't take that check and I was going wearing my heart is. One gentleman told me “if you are a great NBA player, what would you rather have on your foot? Where do you think you will blow up more, with FILA or with Nike?” And I told him Nike hands down. 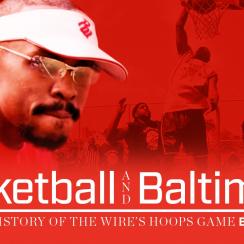 JH: What was your favorite Jordan campaign/commercial that you were a part of when you played?

RA: I don't remember the name of campaign but one of my favorites was “Umi Says” with Mos Def and what was interesting about that was, I was playing at Milwaukee at the time, and I got a call last minute and I think it was from Dale Allen (Director sports marketing at Nike/Jordan Brand) but they were shooting the commercial in South Beach and I think Eddie Jones was supposed to do the shoot, and either he couldn't do because of scheduling, practice or whatever it was they were dead in the wind and I had a day off and they said we are going to fly you down here and put you in this commercial. I did this commercial on Ocean Ave. on South Beach and Mos Def was in the video in the background so every time I hear that song, I think of that commercial. And the other one was “Overjoyed.”  Overjoyed was probably my favorite one because it played more. The song is sad but it's a beautiful song and when I think about sitting behind the scenes and waiting and like this is a real life. It's make you sad because it's just not about basketball, our greatness on the court or things we could do, but you have real official businesses you have to attend to and sometimes you get caught sitting there waiting in between scenes and you still have to do your job in that aspect as well.

JH: You are a legend in the sneaker community for having rocked some of the best Jordan PE’s ever…What are some of your favorite ones?

RA: The XI’s are obviously one of my favorites. I think so much I had in Boston was great because the green and white just set everything off because no one ever saw them before. They were just off the charts when everyone saw them.

Another was the sneaker with the thumb print on the side, I think it's the 23’s, it looked like it was a real fancy shoe. I had a pair on St. Patty’s day and I had green and I had another pair that was this color (points to beige sweats) with a little bit of green on it and the crazy part was that I used to always slip on them because when I used to turn the corner I would catch the little plastic on the side. But they were one of my favorites from a look perspective, they just looked so good. They didn't get enough credit. 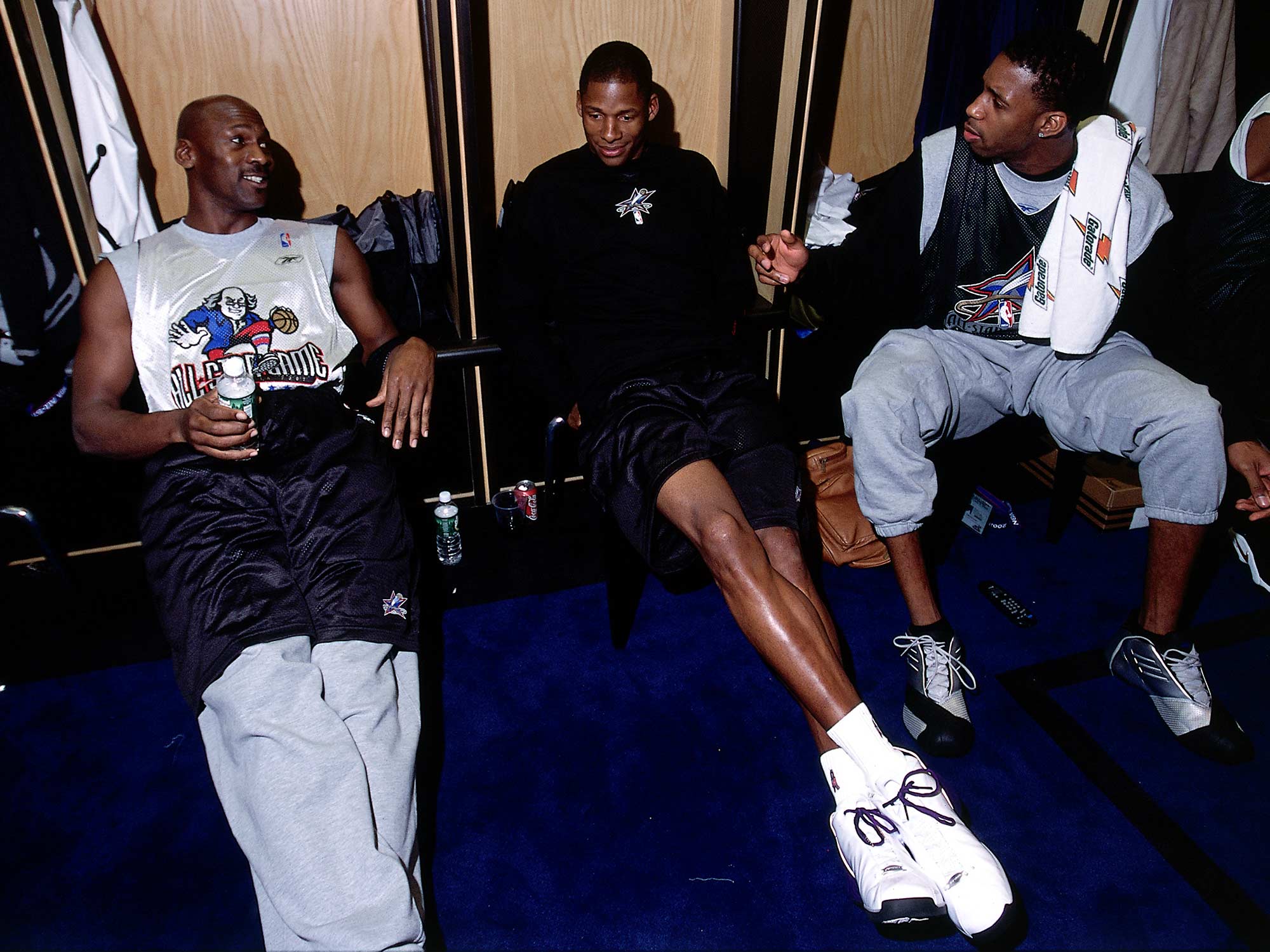 JH: Now that you have retired you entered the restaurant business. You recently celebrated the one-year anniversary of Grown. Can you dish about what exactly is Grown and what is the future plans for it?

RA: The future is bright. The space that we are in now—we are an organic fast food restaurant with a drive-thru and what we seen over the course of my time, we have so many bad options to eat. People are only getting busier. My wife is the creator and 100% of the restaurant is organic. We serve breakfast, lunch and dinner. We want people to use Grown like they use any fast food restaurant, we have so many busy moms who pull up to the drive-thru with the kids in the back and they don't want to get out of the car. We have salmon, shrimp, rotisserie chicken, briskets, we do salads, fresh pressed juices, gluten free options such like pancakes. People walk in and they feel satiated and they don't feel guilt that they eat. We have like crossfitters that come in and people who are trying to lose weight and people who know we don't have bad stuff in our food. There are some people who we have to educate on what organic is because they don't think organic doesn't taste good. They think it's that fu-fu food that doesn't have no taste to it but we make our own dressings and we would bring regular customers to the back so they can see that these are the ingredients that we use. And this is what I walk in looks like. We don't freeze anything.

This year we were in the Hard Rock Stadium where the Dolphins play, in three weeks we are going to open in Orlando,  Connecticut, Wesleyan University, so when you ask what the future is, we want to go everywhere. We get request from people all over the place. We got people overseas who want to franchise. We haven't got into a franchise yet because the problem we have now is that we locally source our food and we use a couple organic producers, so trying to go everywhere we want me to know we have the same model where they are going to get their food and the prices will be so particular businesses can make money because it's hard making money because you don't want people to come in and say well we are going to open Grown here but we are going to change up the menu a bit because this is Dallas, that's the problem with us franchising but we are going to grow because people all over America is calling and screaming for healthier options. It's been great because of the course of my career I learned how to eat and learned how to fuel and do what I do so now we want to give people the option to eat better and change their life.