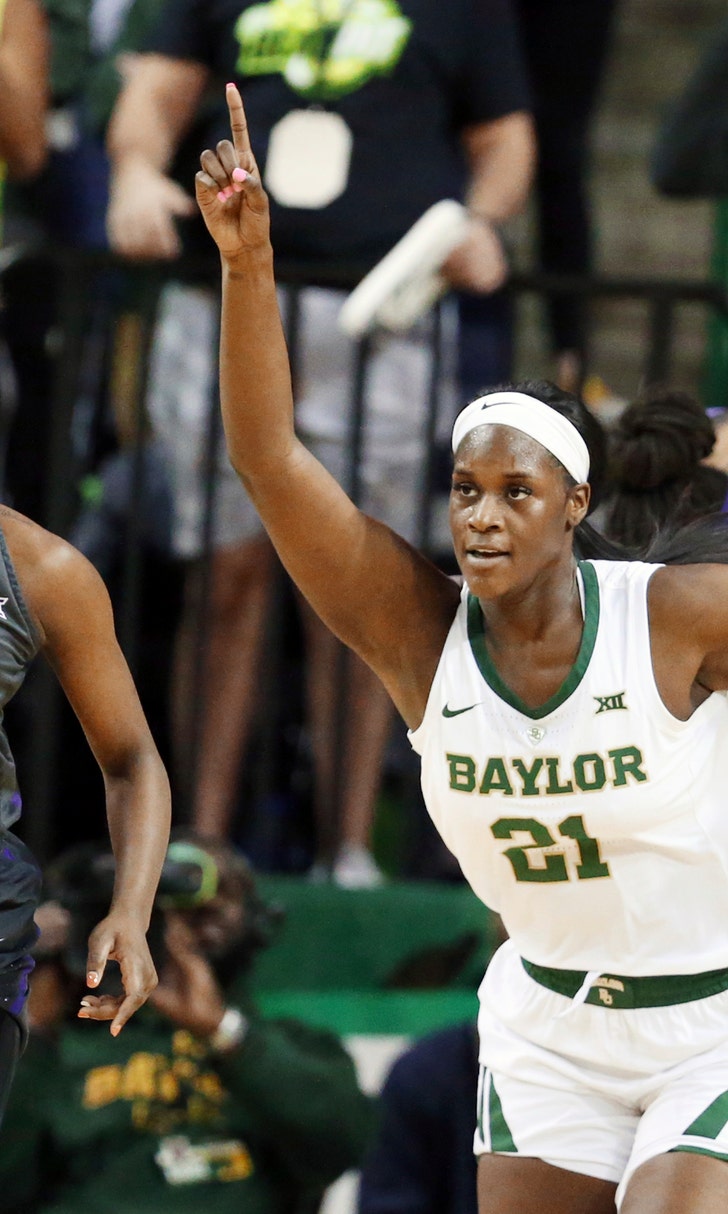 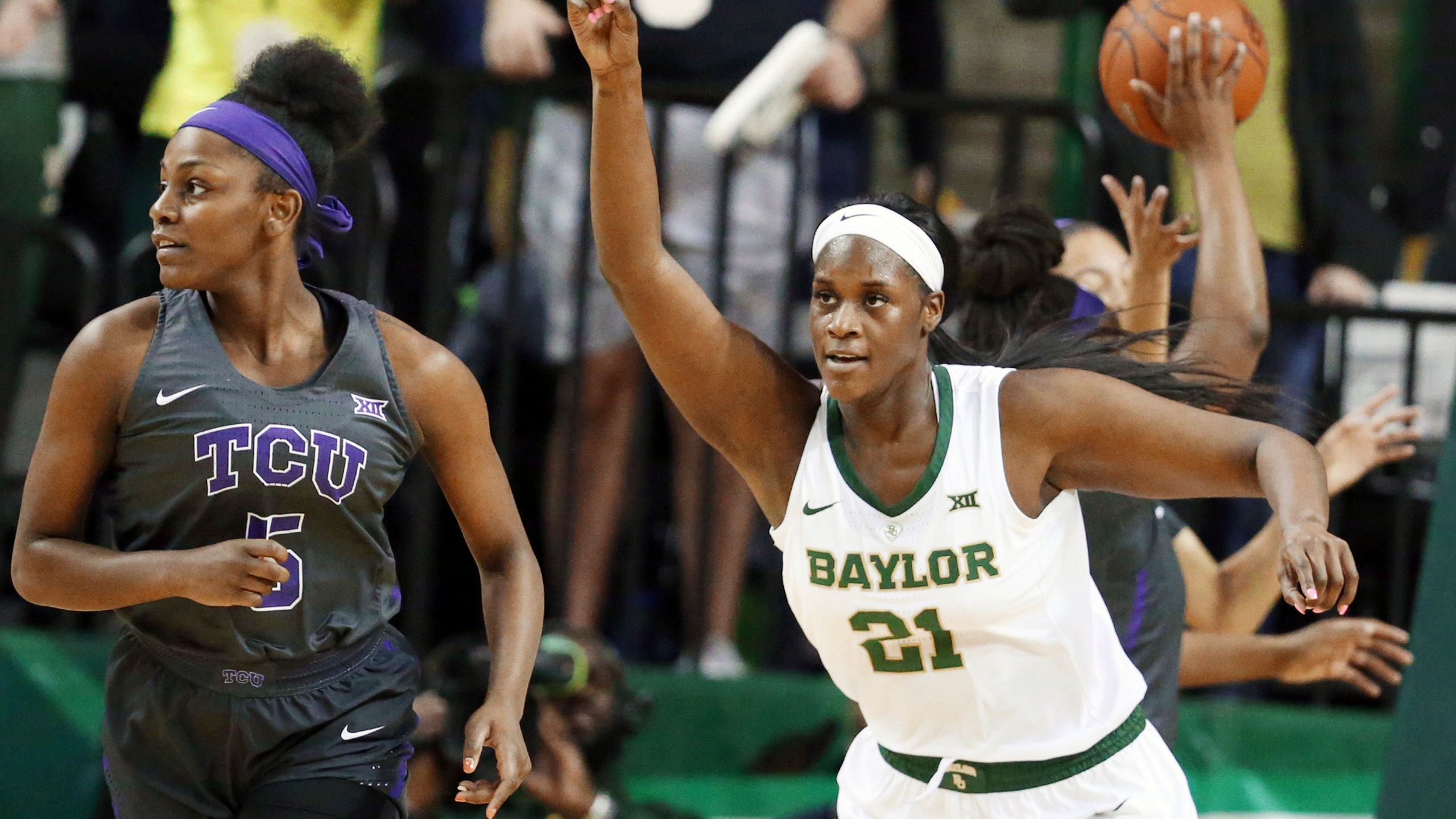 Amy Okonkwo had 28 points and Jayde Woods 10 for the Horned Frogs (17-6, 7-5), who had their five-game Big 12 winning streak snapped. Okonkwo had 18 points before halftime.

Collier, who had 30 points in a win over the Owls last month, recorded her 12th double-double of the season and 36th of her career. She hit 12 of her 16 shots, dished out six assists and blocked three shots.

Crystal Dangerfield added 22 points and nine assists for UConn (21-2, 10-0 American), which tuned up for Monday's meeting with No. 12 South Carolina by shooting 63 percent and breaking the 100-point barrier for a second straight game.

Katie Lou Samuelson added 19 points for the Huskies, who had 31 assists on 39 baskets.

Mia Davis had 20 points and nine rebounds for Temple (8-15, 4-6 American), which lost for the first time in five games.

Jill Townsend added 12 points while Katie Campbell and Louise Forsyth each scored 11 points for Gonzaga. The Bulldogs (22-2, 11-1 West Coast Conference) shot a season-high 60.3 percent from the field, including 20 of 29 (71.4 percent) in the second half.

Julie Spencer hit a jumper to give the Pilots (10-13, 2-10) a 10-4 lead but they missed their next nine shots and scored just one point over the next nine minutes, 40 seconds as Gonzaga used a 19-1 run to make it 23-11 early in the second quarter. Maddie Muhlheim hit a 3-pointer that trimmed Portland's deficit to nine points with 3:13 left in the first half but Rice answered with a jumper to spark a 10-2 run that made it 40-23 at the break and GU led by at least 14 the rest of the way.

Jessie Loera had a career-high 10 of Gonzaga's 25 assists on 35 baskets. Ten different Bulldogs scored two points or more and nine had at least one assist.

AMES, Iowa (AP) — Kristin Scott scored 15 points in the third quarter, another 10 in the fourth and finished with 29 and Iowa State pulled away from West Virginia for its fourth-straight win.

Madisen Smith had a career-high 24 points with five 3-pointers for the Mountaineers (16-6, 7-4), who had their four-game win streak snapped.