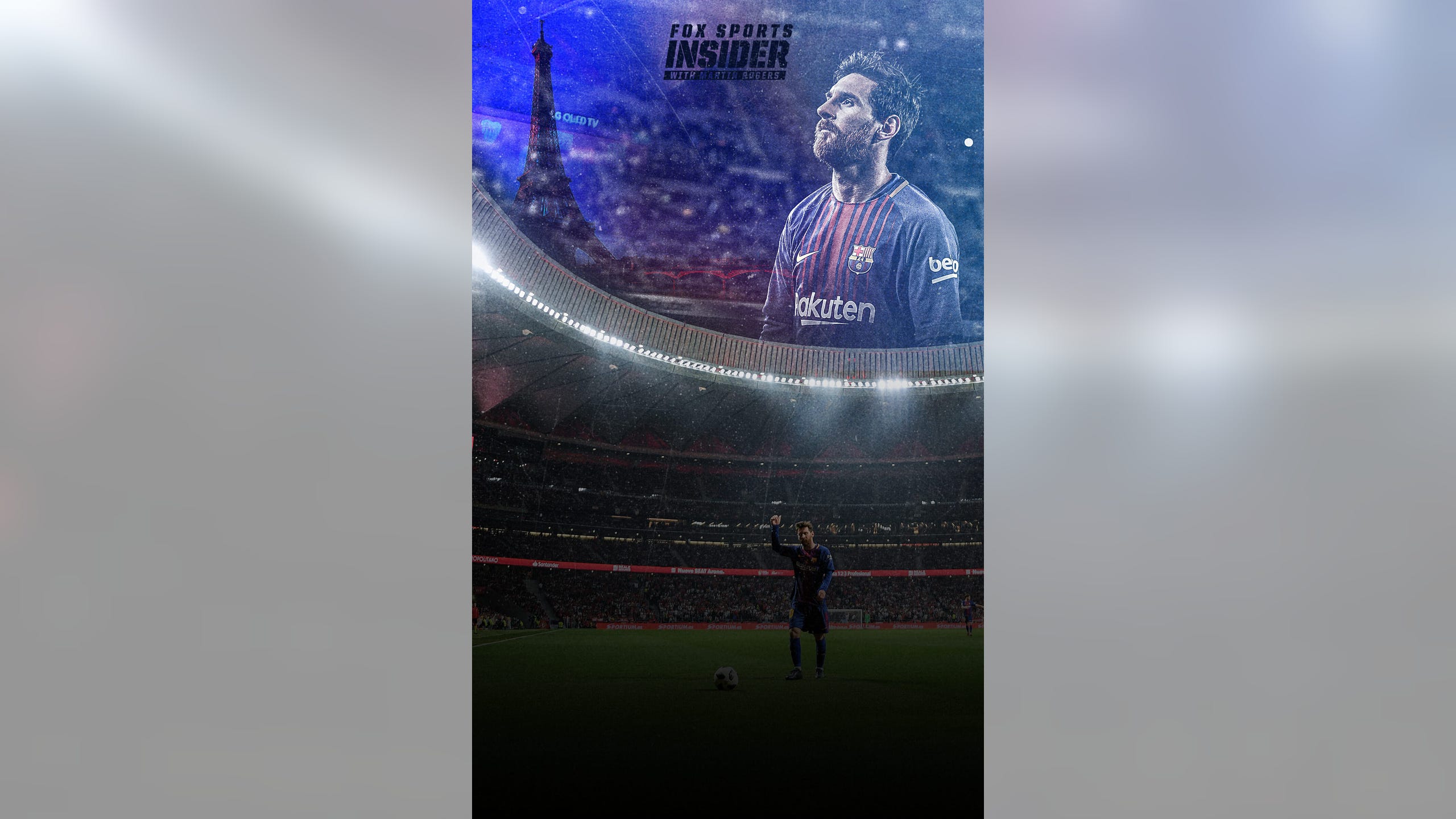 Lionel Messi is being chased. This week, he comes face-to-face with one of the chasers.

As Messi’s Barcelona squad begins the elimination phase of its Champions League campaign, its opponent Tuesday – Paris St. Germain – is in the midst of a determined effort to pull off what until now has proven impossible.

Ever since he was 12 years old, the Argentinean superstar has remained loyal to Barca, the world-famous club from the Catalan region of Spain that has ridden his exploits to repeated glories.

They say nothing is forever in European soccer. Barcelona hopes that maxim turns out to be wrong. We will all soon find out.

Messi, 33, voiced his wish to leave last summer, but his attempt to force an exit from his contract was thwarted by a legal technicality caused by the COVID-19-mandated extension of the Spanish season.

He might have had firm grounds for a challenge through the courts but did not want to take that option, which means he will play out this season and then spark a free-agency battle for the ages.

Barcelona holds out hope of keeping him. If they can’t, there are only two realistic options for a move.

There is Manchester City, where former Barca manager Pep Guardiola presides over the current leaders of the English Premier League. And there is Paris St. Germain, flush with investment money from its owners — the rulers of the nation of Qatar – determined to reunite Messi with his old buddy, Brazil’s Neymar.

"What I most want is to play with Messi again, to be able to enjoy being on the pitch with him again," Neymar said in December. "We’ve got to do that next year, for sure."

Those words might have been the start of the PSG charm, and with the teams due to meet in a two-legged round of 16 clash that begins Tuesday at the Camp Nou and continues March 10 in Paris, it has gone into overdrive.

Leading magazine France Football devoted its entire front cover to Messi, mocking up a photograph of him in PSG colors and detailing why and how he could end up by the banks of the Seine before long.

"Great players like Messi will always be put in PSG's list," sporting director Leonardo told France Football. "We are sat at the big table of clubs following this closely."

Signing Messi would be the ultimate establishment of PSG as one of soccer’s truly elite global forces, the precise target it has chased these past years. The team reached the final of the Champions League last season but came up short against Bayern Munich. Despite boasting Neymar and young French sensation Kylian Mbappe, the hard truth is that currently more attention is paid to the shining lights of the EPL, La Liga and German Bundesliga than France’s best.

This week’s game, and the second leg that will come around soon enough, could play an important role in the process.

If Messi is to take the ultimate step of severing the Barcelona bonds that date back so far, he’ll want it to be for somewhere where chances of excellence on a European scale are high. Barcelona isn’t in a rebuild, but it does sit eight points adrift from the top of La Liga and hasn’t won the Champions League since 2015.

Fantasy aficionados would drool at the possibility of putting Messi, Neymar and Mbappe all into the same lineup, though that makes little realistic soccer sense. The likeliest outcome if Messi does end up with PSG would probably be for Mbappe to move on to Real Madrid, Barca’s hated rival and a longtime admirer of Mbappe’s speed and skills.

"If there’s one thing absolutely no one believes, it’s that there will be room for all three players at PSG," Spanish soccer expert Guillem Balague told BBC.com.

There are multiple ways for this to play out. Barcelona has club presidential elections coming up, and if Messi is seriously thinking about staying, he’ll want to hear what the winning candidate has to offer.

Yet that will be just words, especially during the electioneering process. PSG can impress upon Messi the validity of their future with actions on the field. They are currently listed at -650 to win Ligue 1, per FOX Bet.

It sets up an intriguing matchup that would already have been good, simply because of the playing quality on display. Now it is something better, something more.

It is one of those plots that sports fans feast upon from time to time, and even for casual soccer followers, it’s almost too good to resist.

A suitor, the target of their affection, even a possible Parisian romance – and still so much of the story left to be written.

Messi Situation
Messi has formally requested a transfer from Barcelona. In return, the soccer world has been sent into a frenzy, Martin Rogers explains.
August 26, 2020
those were the latest stories
Want to see more?
View All Stories
Fox Sports™ and © 2021 Fox Media LLC and Fox Sports Interactive Media, LLC. All rights reserved. Use of this website (including any and all parts and components) constitutes your acceptance of these Terms of Use and Updated Privacy Policy. Advertising Choices. Do Not Sell my Personal Info