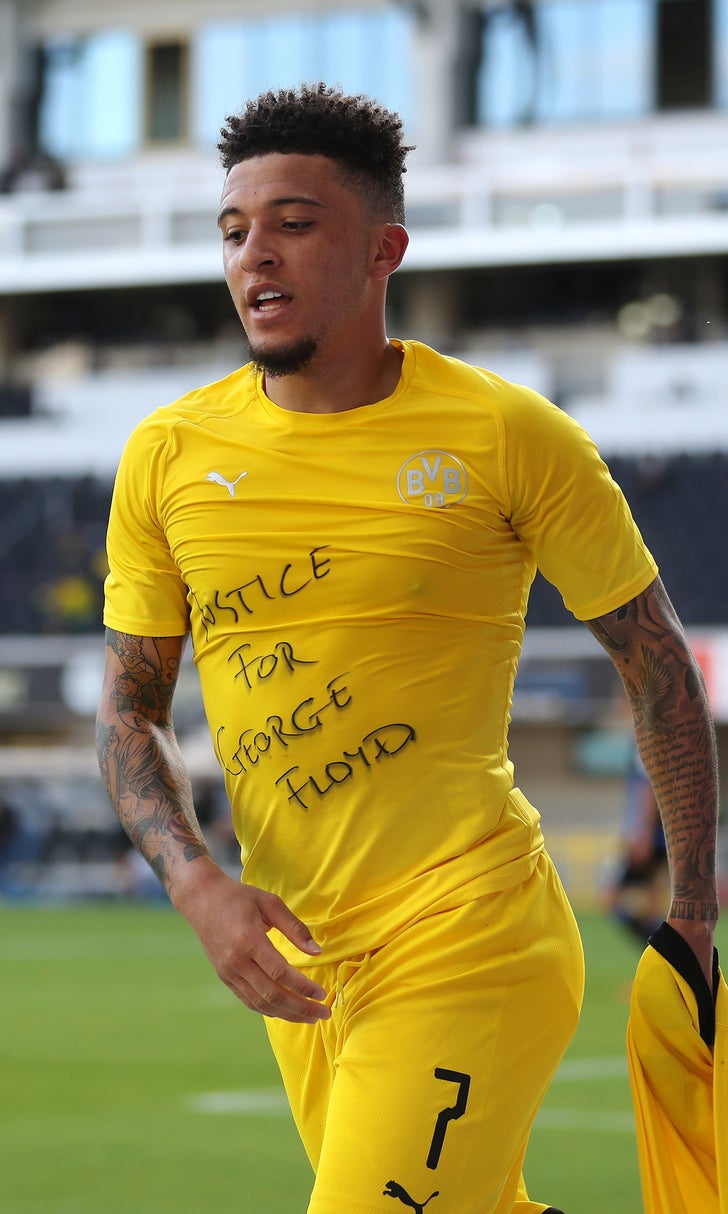 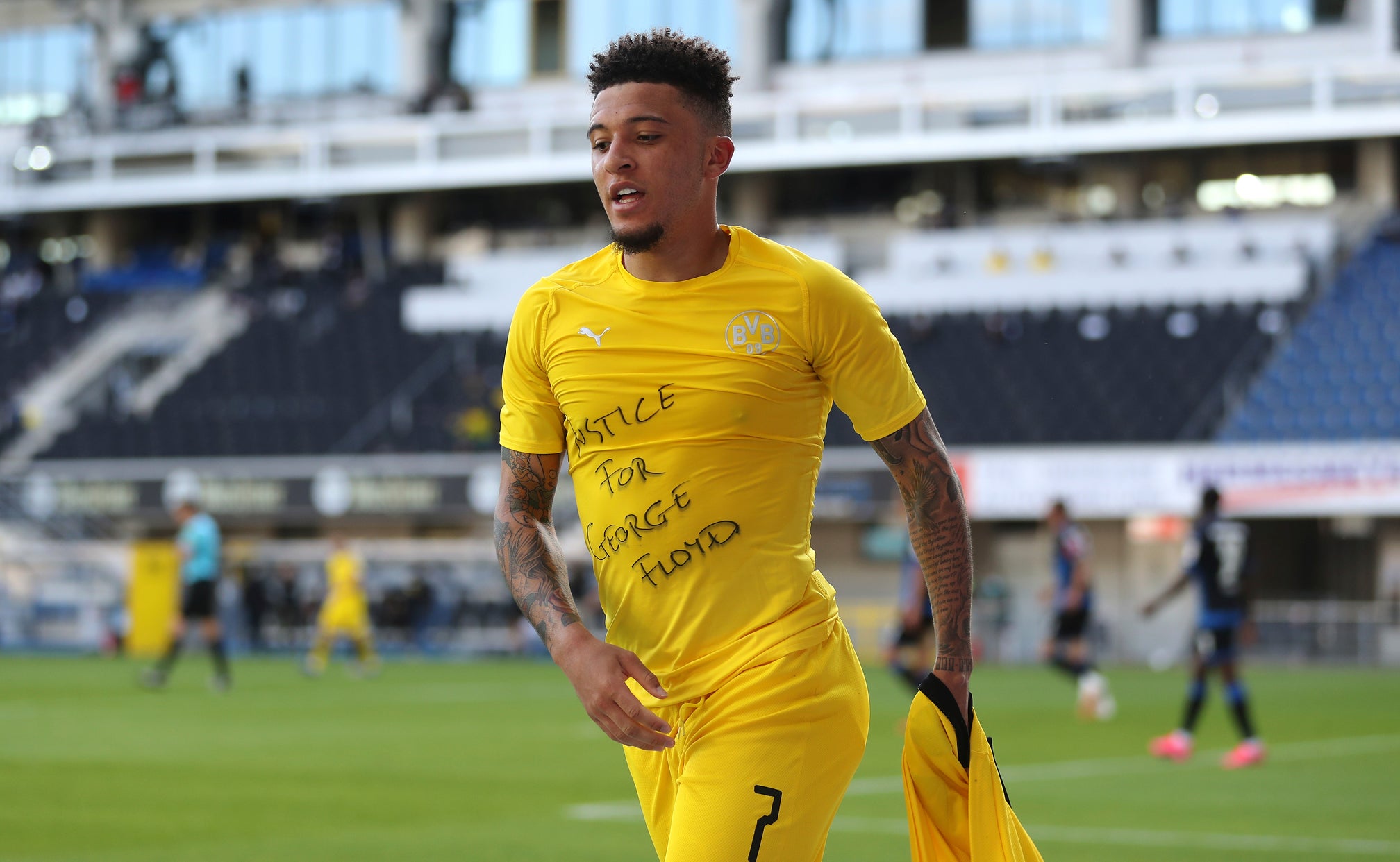 The recognition by FIFA of the “depth of sentiment” over Floyd’s death came in a rare statement telling the global game to show flexibility and not enforce laws of soccer it helps to set.

Players used weekend games in Germany to reveal messages expressing solidarity with Floyd, a handcuffed black man who died in Minneapolis after a white police officer pressed a knee into his neck for several minutes after he stopped moving and pleading for air.

Germany's soccer federation announced earlier Monday that it was assessing whether to sanction the players for breaking laws of the game that prohibit “any political, religious or personal slogans, statements or images" on equipment.

“FIFA fully understands the depth of sentiment and concerns expressed by many footballers in light of the tragic circumstances of the George Floyd case," FIFA said in a statement to The Associated Press.

"The application of the laws of the game ... is left for the competitions' organizers, which should use common sense and have in consideration the context surrounding the events.”

FIFA controls half of the eight votes on the International Football Association Board, which approves the laws. The other four votes are held by England, Northern Ireland, Scotland and Wales. A law change in 2014 — proposed by England — led to players being banned from revealing personal statements on undergarments.

England winger Jadon Sancho was booked while playing for Borussia Dortmund on Sunday for removing his jersey — a yellow-card offense — only so he could reveal a T-shirt with a “Justice for George Floyd" message.

Borussia Dortmund teammate Achraf Hakimi displayed the same message on a T-shirt after scoring in the same game but was not booked because he did not lift his jersey over his head.

The expressions of protest are being investigated by the German soccer federation's control body.

“As is the case internationally," federation vice president Rainer Koch said, “the game itself should remain free of political statements or messages of any kind.”

Spurred in part by Floyd’s death, protesters have taken to the streets of the United States and other nations to decry the killings of black people by police.

FIFA acknowledging the anguish over racial inequalities highlighted by Floyd's death comes amid ongoing criticism soccer is not doing enough to eradicate or punish racism.

“FIFA had repeatedly expressed itself to be resolutely against racism and discrimination of any kind and recently strengthened its own disciplinary rules with a view to helping to eradicate such behaviors,” the Zurich-based governing body said. “FIFA itself has promoted many anti-racism campaigns which frequently carry the anti-racism message at matches organised under its own auspices.”

Who to Watch – Before Sunday
Bob Pockrass outlines which young drivers could soon see themselves lined up next to the big boys in the NASCAR Cup Series.
11 hours ago