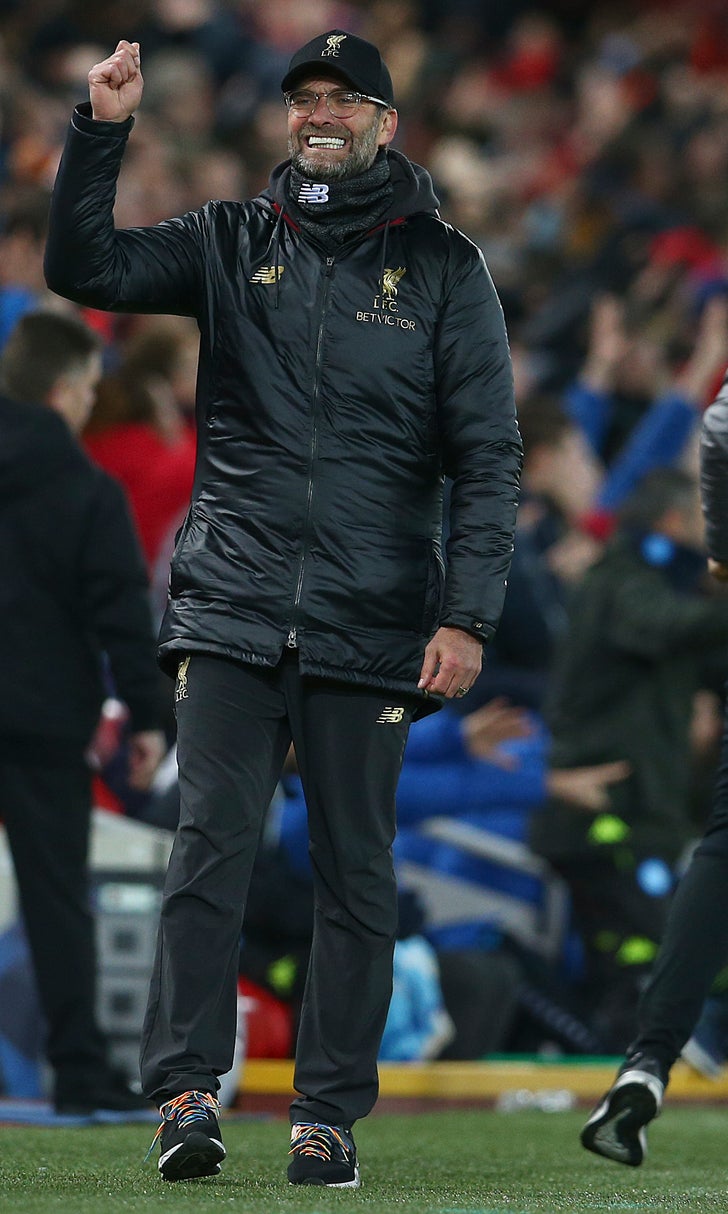 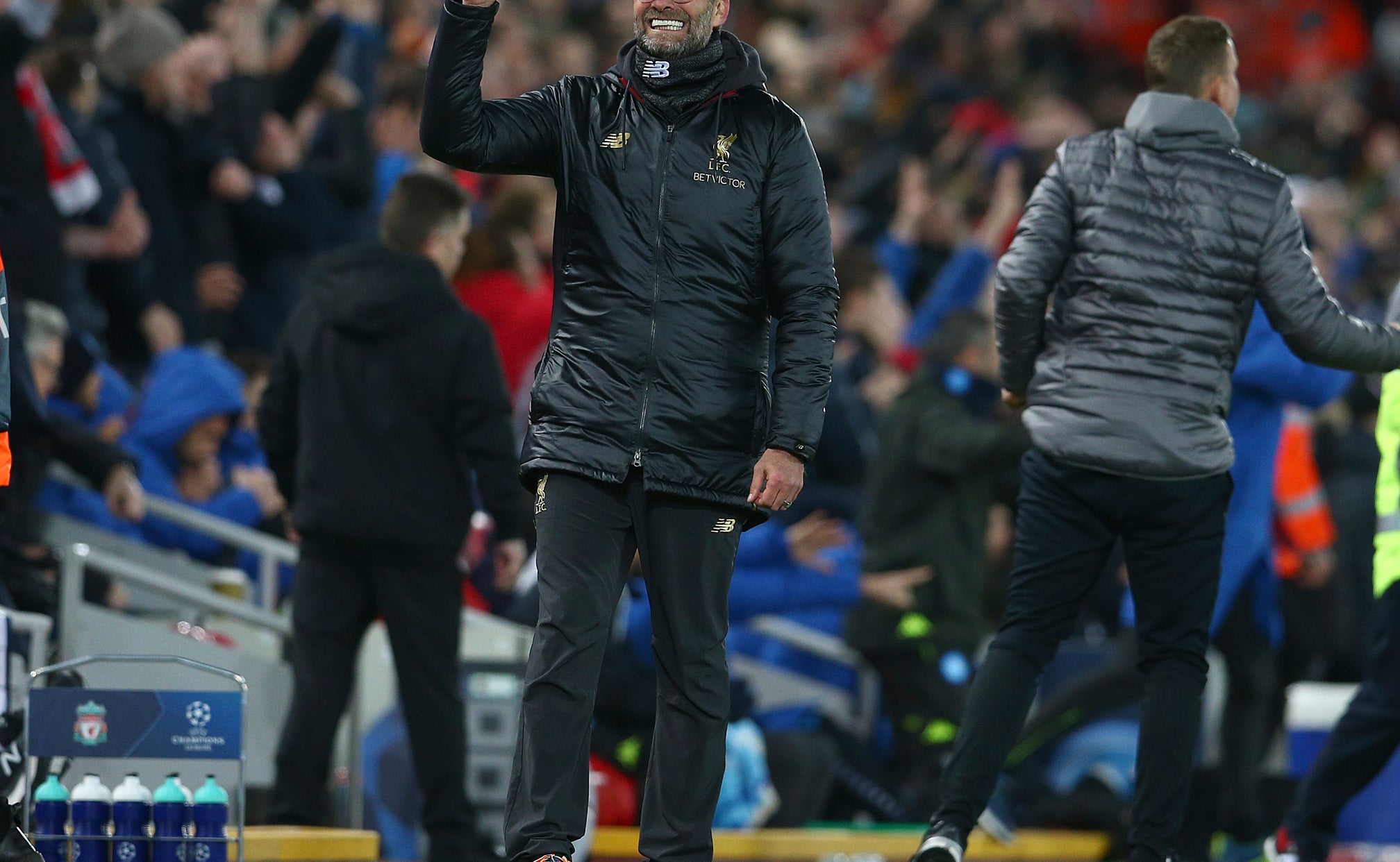 previous story
Skinner seals Sabres comeback in 4-3 OT win over Kings
next story
Jets' Darnold focused on now, but excited about the future

Liverpool advanced to the round of 16 by beating Napoli 1-0, though it relied on a stoppage-time save by goalkeeper Alisson Becker. Tottenham is also in Monday's draw after defying expectations in Barcelona thanks to Lucas Moura's 85th-minute leveler in a 1-1 draw.

Even with that point, Tottenham still needed Inter Milan to fail to beat winless PSV Eindhoven — and it ended 1-1 in San Siro.

Both English teams overcame nervous endings to finish runner-up in their groups, and edged head-to-head tiebreakers with Italian rivals after finishing level on points.

A late goal in any of the three games would have changed the equation but Alisson saved Liverpool, second-half substitute Lionel Messi couldn't lift Barcelona, and Inter failed to find a winner in seven minutes of stoppage time.

Napoli kicked off Tuesday leading Group C but dropped below Liverpool and Paris Saint-Germain, which won 4-1 at Red Star Belgrade to advance in top spot.

The four qualifying places in the other two groups playing Tuesday were decided last month.

Still, Borussia Dortmund's 2-0 win at Monaco meant it rose above Atletico Madrid — which drew 0-0 at Club Brugge — to win Group A.

Group winners will be drawn against a runner-up and play the second leg at home in the round of 16.

Third-place teams transfer to the Europa League's round of 32, which is also drawn Monday at UEFA headquarters.

Napoli and Inter are joined there by Club Brugge and Galatasaray.

England is having a stellar year on the international stage compared to four-time world champion Italy.

The English reached the semifinals at the World Cup in Russia, for which Italy failed to qualify, and advanced to the Nations League Final Four. Italy could have hosted that mini-tournament next June but failed to advance from a group won by Portugal.

Now, England will have all four of its teams in the Champions League round of 16 draw because both Manchester clubs, City and United, already secured their places before playing Wednesday.

After Napoli and Inter was eliminated Tuesday, Italy has just two teams in the draw. Juventus and Roma are also already through ahead of their final group-stage game Wednesday.

Liverpool gave its fans a nervous night at Anfield, scoring just once from 21 attempts on goal. Sadio Mane was the biggest culprit, wasting three clear chances to give his team extra margin for error.

Only a reflex save at the end by Brazilian goalkeeper Alisson denied Napoli substitute Arkadiusz Milik.

Liverpool will be without center back Virgil van Dijk in its first leg at home in the next round. Van Dijk will be suspended for getting a third yellow card in the group stage. It could have been more, as a tackle on Dries Mertens followed through on the Napoli forward's lower left leg and risked a red card.

Tottenham was minutes from exiting the competition, trailing to a superb seventh-minute solo goal from Ousmane Dembele, who shot past his France teammate Hugo Lloris.

Barcelona rested several regular starters, yet still dominated much of the game with Philippe Coutinho twice striking the woodwork.

Inter trailed for much of the game to PSV, who took the lead in the 13th from Mexico winger Chucky Lozano's goal.

Mauro Icardi's fourth goal in the competition in the 73rd was not enough for Inter, which won its opening two games then failed to win any of the next four.

Paris Saint-Germain began its group with a loss at Liverpool but went unbeaten the rest of the way, scoring 17 goals in total.

PSG's superstar strike force of Edinson Cavani, Neymar and Kylian Mbappe all scored in a 4-1 win in Belgrade that ensured the French champion will avoid the likes of Barcelona and Manchester City in the next round.

Borussia Dortmund leads the Bundesliga and also topped its Champions League group. Raphael Guerreiro, the Portugal wing back, scored in each half in a 2-0 win in Monaco, which finished in last place with just one point.

Galatasaray was the big winner Tuesday in Group D, getting a place in the Europa League round of 32 despite its first home loss this season, 3-2 against Porto.

The Turkish team retained third place in the group when Lokomotiv Moscow gave up a stoppage-time goal in a 1-0 loss at Schalke.

Porto and Schalke had already advanced before kickoff. Porto tops the group with an impressive 16-point tally and is seeded in Monday's draw.