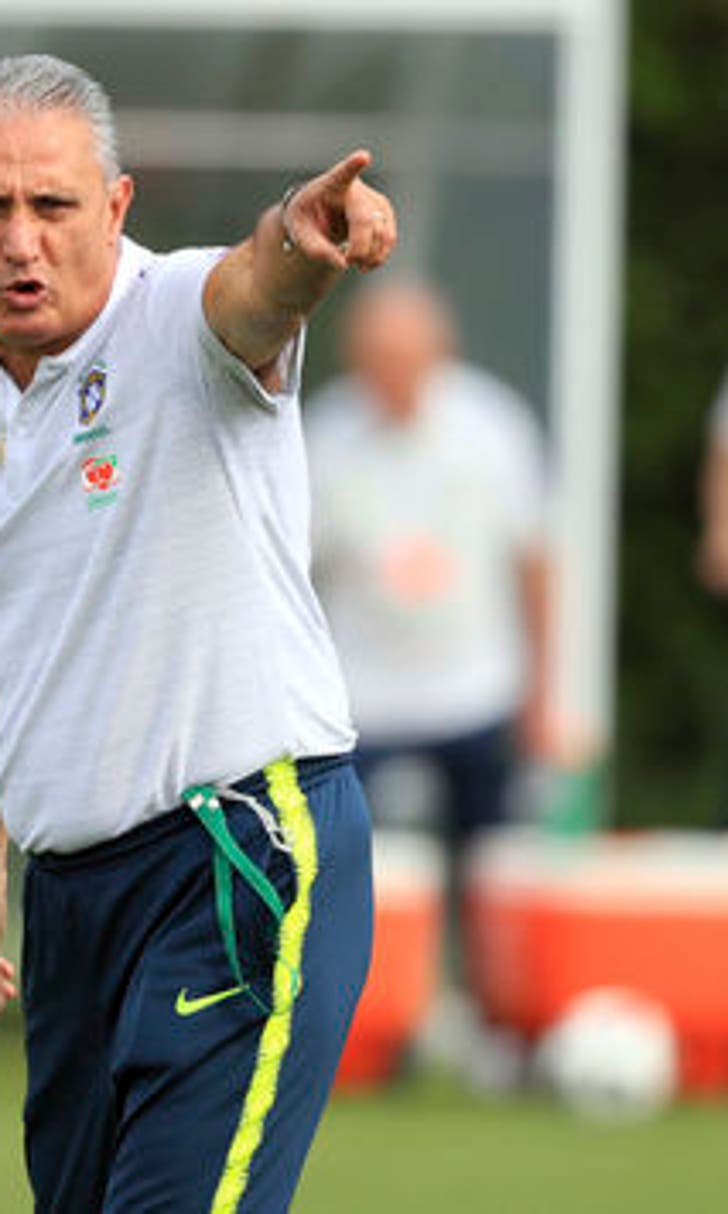 LONDON (AP) Brazil winger Douglas Costa and midfielder Renato Augusto will miss Sunday's friendly against Croatia in Liverpool, raising further worries about the fitness of the squad for the World Cup.

The Brazilian football confederation said on Friday that Costa and Augusto would sit out the team's first World Cup warm-up match at Anfield.

Neymar is not expected to start the game but should feature for the first time since injuring his foot in February. Fagner will also be available after coming through training this week.

Costa has not practised since training began last week in Brazil due to a thigh injury.

Augusto's right knee has been swollen since Wednesday. The Beijing Guoan player will likely be replaced by Manchester City's Fernandinho in the starting lineup.

In Thursday's press conference at Tottenham's training center, Fernandinho said he was also likely to play in the friendly in Austria on June 10, which indicates Augusto may not be fit until the World Cup begins in Russia.

During Wednesday's training session, Neymar took off his right boot, sat on the ground and looked less than happy.

''This injury he has had is annoying, I had it when I was younger,'' Fernandinho said. ''No one wants to miss a World Cup, but everyone is working at their maximum, no one is sparing their feet or saving energy. It is beautiful to watch that.''

Croatia
share story
those were the latest stories
Want to see more?
View All Stories
Fox Sports™ and © 2020 Fox Media LLC and Fox Sports Interactive Media, LLC. All rights reserved. Use of this website (including any and all parts and components) constitutes your acceptance of these Terms of Use and Updated Privacy Policy. Advertising Choices. Do Not Sell my Personal Info