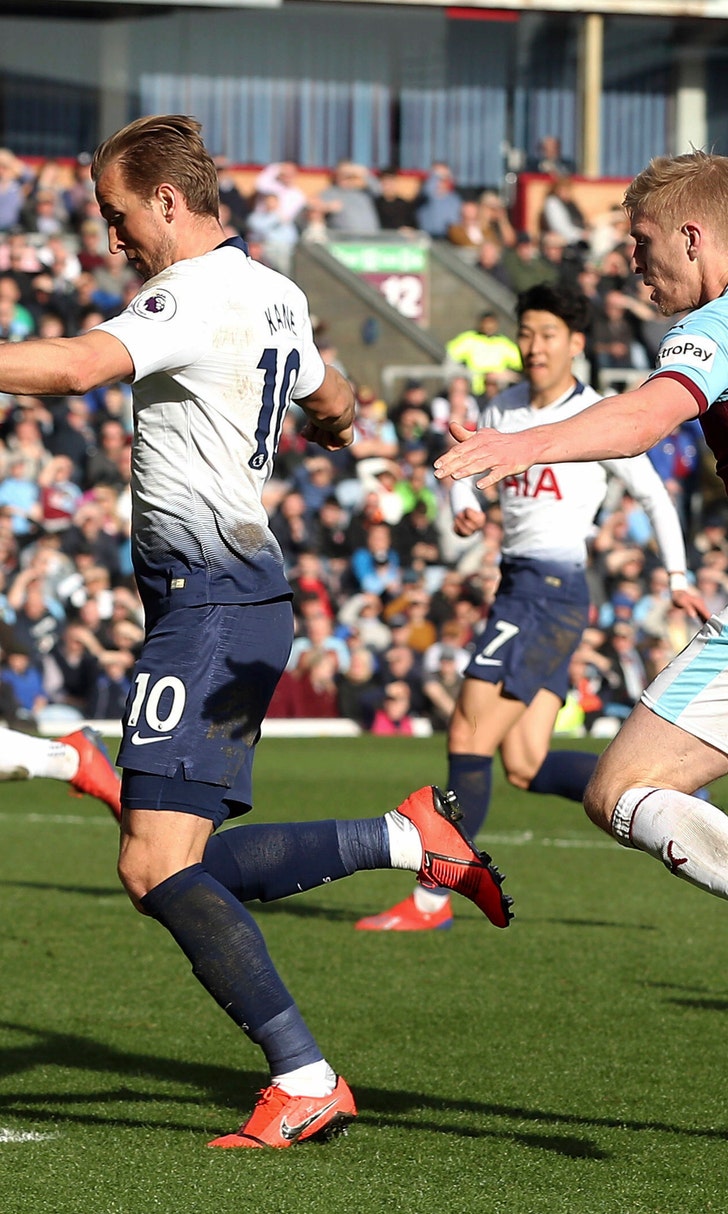 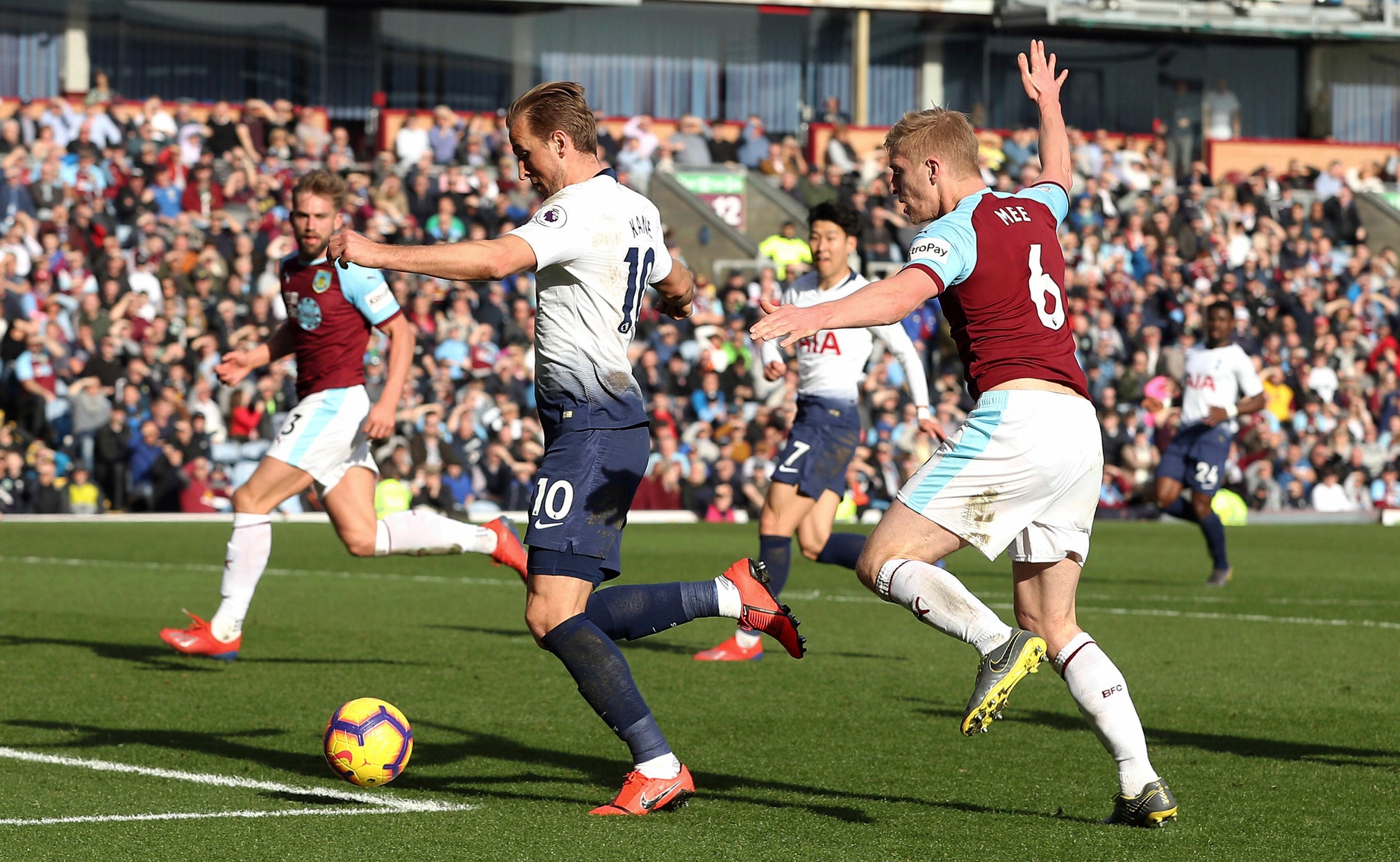 BURNLEY, England (AP) — Tottenham's slim title chances faded further after a 2-1 loss at Burnley in the Premier League on Saturday despite Harry Kane making a scoring return from injury — with manager Mauricio Pochettino losing his temper as well.

Chris Wood headed in the opener in the 57th from a disputed corner, with Pochettino and his Tottenham players arguing that the ball had gone off a Burnley player and it should have been a goal kick.

Pochettino immediately argued with the fourth official after that goal and then squared up to Dean after the final whistle during a heated argument with the veteran referee.

The Argentine coach had calmed down by the time he addressed media about the incident, however, and said he shouldn't have confronted Dean.

"Now that we are all relaxed it's difficult to explain. What happened on the pitch is on the pitch. We cannot blame anyone. I am the first, I need to blame myself," Pochettino said. "I said this game was key and that, if we didn't win, we cannot think we are a real contender. It is a massive opportunity lost. We wanted to win, at the end there was a lot of emotion, we know how important the match was and we felt disappointment. We made mistake. I made a mistake. I should have gone to the dressing room and got some water."

Kane, playing his first game since injuring his ankle on Jan. 13, showed his usual scoring touch when he netted an equalizer in the 65th, running onto a long throw-in and beating goalkeeper Tom Heaton with a low shot inside the far post.

But Barnes restored Burnley's lead when a shot by Johann Berg Gudmundsson ended up in his path at the back post, leaving the striker with a simple finish.

Tottenham would have pulled within two points of Manchester City with a win but remains five points behind Pep Guardiola's side and Liverpool, which can go eight points clear of Spurs by beating Manchester United on Sunday.

The win takes Burnley's unbeaten run to eight games in the league and lifts it six points outside the relegation zone.