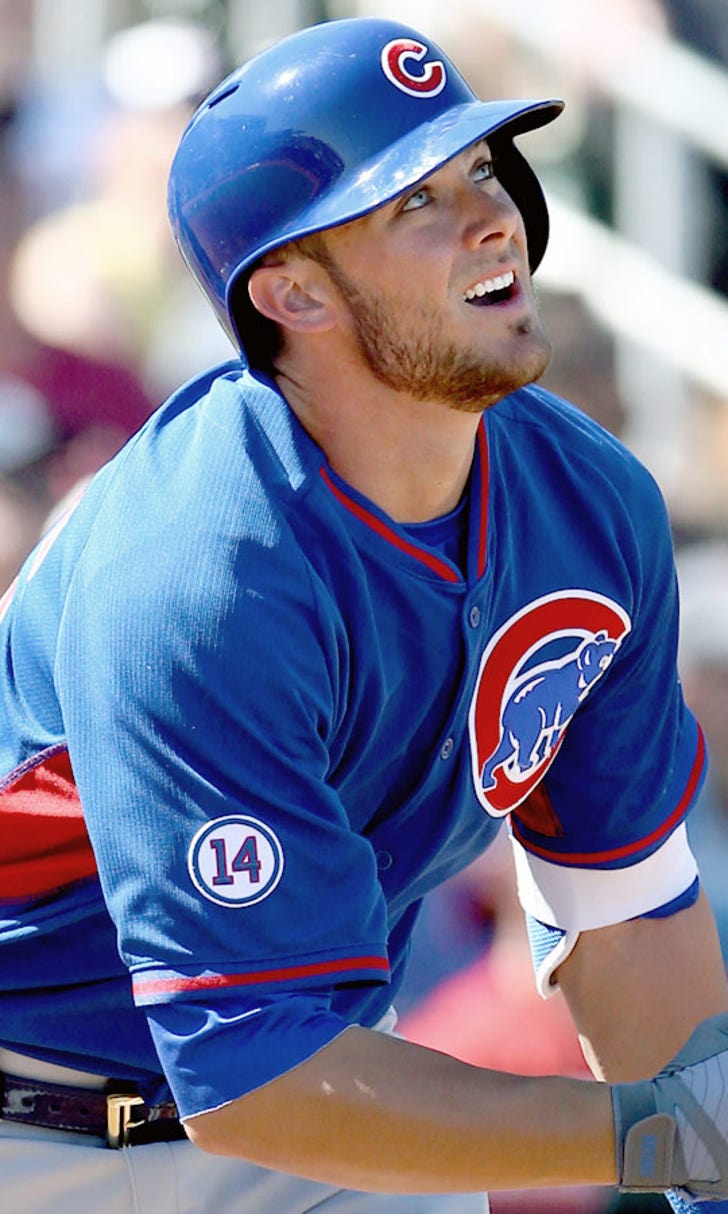 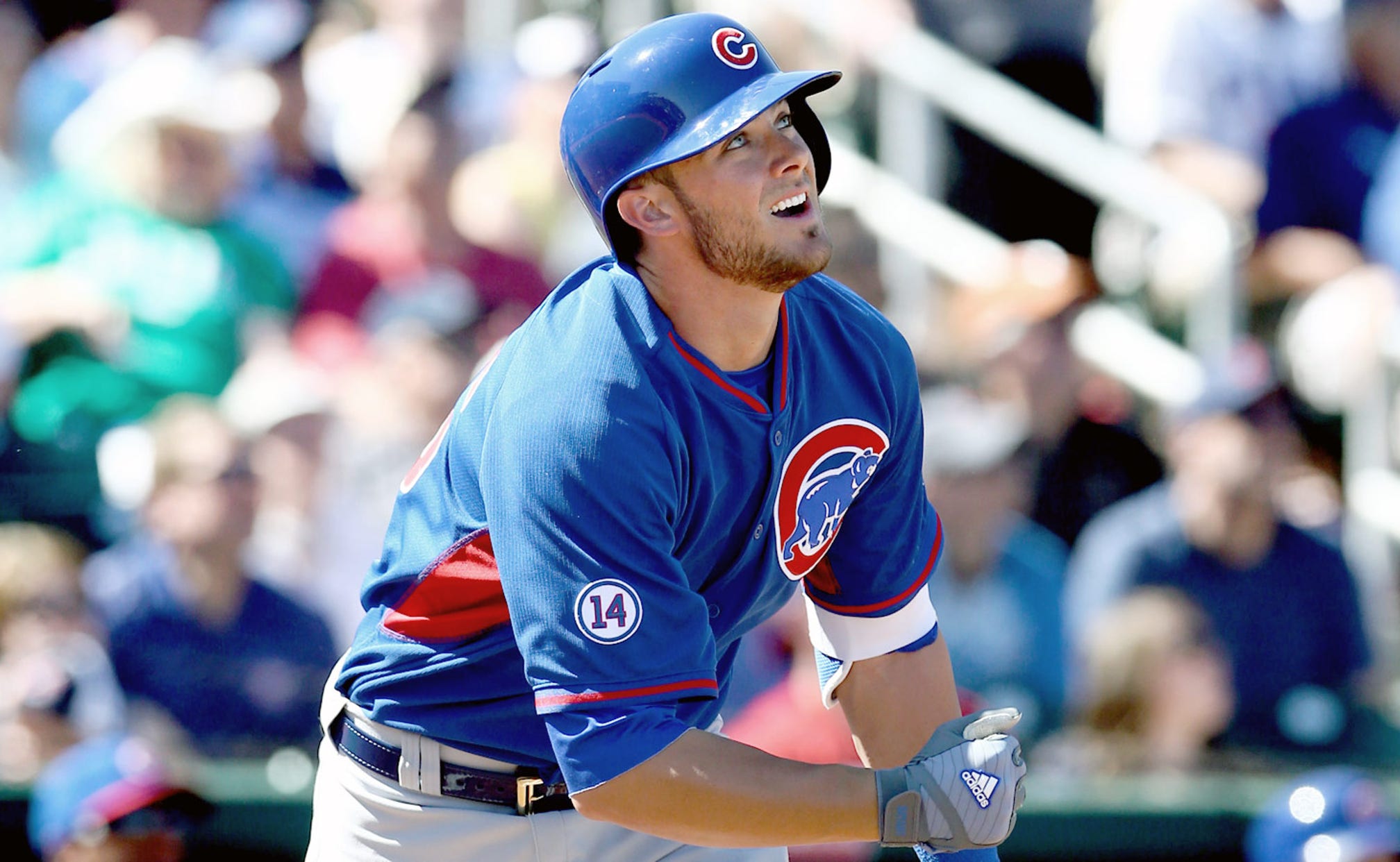 The Kris Bryant breakeven point for the Chicago Cubs

Kris Bryant is the story of the spring. The Cubs' top prospect -- and baseball's top prospect, by most accounts -- won't stop launching home runs. It's nearly the end of March, and he still has an OPS that begins with a 2. But that's only part of the Kris Bryant story, as most of the attention has revolved around the fact that the he's likely to begin the year in the minor leagues. The Cubs are using necessary defensive improvements as their cover, but it's an open secret that they're simply responding to the incentives set for in the collective bargaining agreement; by keeping Bryant in the minors for a couple of weeks, they'll retain his rights for the 2021 season.

While it won't be a popular decision, it's clearly the correct one. They are in essence trading roughly 10 games of 2015 value in exchange for a full season of Bryant in his prime, and while the Cubs clearly want to win this year, no player is so great that missing 10 games would meaningfully alter a team's expected results. Even Mike Trout, clearly the best player in baseball, is only expected to add about half a win to his team's ledger every 10 games, and Bryant is no Mike Trout. Even an optimistic projection for Bryant would have him adding maybe a quarter of a win to the Cubs' season total if he started in the big leagues versus being held down for a few weeks. Baseball isn't basketball; one guy matters only so much.

But while the rules clearly incentivize the Cubs to hold Bryant down for a couple of weeks, there is a point at which the present-for-future trade-off would no longer make sense, especially for a contending team. Let's try to figure out where that point might be.

To find the point at which it would cost the Cubs more than they would get by keeping him down, we first have to estimate the kind of value they'll receive from retaining that extra year of team control. This is going to require a number of assumptions about things that we can't yet know, but then again, many decisions baseball teams have to make require many of those same assumptions.

First, what do we think Bryant might be in 2021? Our projections for 2015 have him worth about +4 WAR over a full season, and you generally expect players to improve as they get toward their 26-29 peak range. But that trend hasn't held steady in recent years, and Bryant's power is already at the top of the scale, so it's difficult to project a lot of improvement. But let's say he gets his strikeout rate down a bit and eventually transitions into being a solid defensive outfielder while retaining most of his power; that would make him roughly a +5 WAR player in 2021, and likely one of the best players in baseball.

But the calculation isn't so simple as trying to figure out how to translate +5 WAR from 2021 wins into 2015 wins, because we also have to account for the additional cost that Bryant's 2021 salary will take from the Cubs' payroll in that year. And if Bryant is as good as we're projecting him to be, that's going to be a significant factor, as elite players who get four trips through arbitration have been making $20 million or more by the time they reach their final season before free agency. These players would have signed much larger, long-term deals had they not been under control for that one additional season, but the arbitration process makes sure that teams aren't getting low-cost seasons of elite players who are that far into their major-league careers.

How much of a discount would that season be, relative to Bryant's market price for just one year? This is one of the areas where we have to do a lot of guessing. If Bryant has turned into one of the game's best sluggers -- and sluggers are the types of players most highly compensated by the arbitration process -- he could easily be earning $25 to $30 million in that year the Cubs are working to preserve control over. Of course, the market price for wins should probably be $10 or $11 million apiece by then -- so one season of Bryant's peak performance could be worth $50 million, as crazy as that might sound.

While the best players are making $30 million to $35 million per year right now, they're accepting those salaries as part of long-term contracts where they get significant guaranteed money in future years. For just a single year, the price has to be significantly higher, since the player is carrying all the long-term risk. So while $50 million as his overall value -- before factoring in his cost -- might sound like a reach, it's actually in the neighborhood of what we'd expect an elite player to get on a one-year deal now, and we've got six years of inflation to account for as well. If anything, it might be light.

So, let's just make the math easy and assume that Bryant's 2021 season will be worth $50 million and he'll cost $30 million, leaving the Cubs with a $20 million profit by retaining his rights for that extra season. It's easy to see why the Cubs would trade 10 days of 2015 value for that kind of reward. But $20 million in 2021 isn't worth $20 million in today's dollars, so we have to discount that number even further to account for the time value of money. Using a 4% discount rate -- the amount MLB and the MLBPA agreed to use to calculate the value of long-term contracts -- we can equate $20 million in 2021 savings to $15.2 million in 2015 dollars.

So, that's the target, roughly: $15 million in value. At what point would the Cubs have left Bryant in the minors so long that they surrendered $15 million in value from this season, thus nullifying the future savings they would receive from having him under control in 2021? From a market perspective, $15 million isn't actually all that much anymore; this winter, you would have been able to buy Alex Rios and Emilio Bonifacio for that amount, and they project to be worth about +1.5 WAR between them this year. But from the Cubs perspective, we shouldn't care only about the market price, but about the return they'd get from each additional win significantly adjusting their playoff odds upward.

Right now, our projections at FanGraphs have the Cubs as an 83.3 win team, which results in an 18% chance to win the NL Central and a 24% chance to win one of the two wild-card slots. But look at the Pirates, who project as an 84.5 win team at the moment, one spot ahead of the Cubs on the pecking order; that extra win gives them an additional 6% chance of winning the division, and another point added on to their wild-card odds as well. To the Cubs, one extra win right now is worth roughly a 7% increase in their chance of reaching the postseason.

This puts them squarely in the part of the win curve where present value is maximized. Teams have been pricing each win in the free-agent market around $7 or $8 million apiece, but because each win to the Cubs is worth more than an average win, their justifiable price of a 2015 win is probably closer to $10 million. That would mean that sacrificing just +1.5 WAR from Bryant's season would wipe out the present value of owning Bryant's entire 2021 season.

Based on the projections, Bryant should be expected to produce +1.5 WAR in about 200 plate appearances, which is the equivalent of about 50 games. If the Cubs had to keep Bryant in the minors longer than 50 games in order to get control of his 2021 season, it wouldn't be worth it, and they'd be better off just promoting him on Opening Day.

World Series Enters Pivotal Stage
The World Series is alive and kicking as a pivotal Game 3 approaches. Martin Rogers breaks down the series with Nick Swisher.
4 hours ago