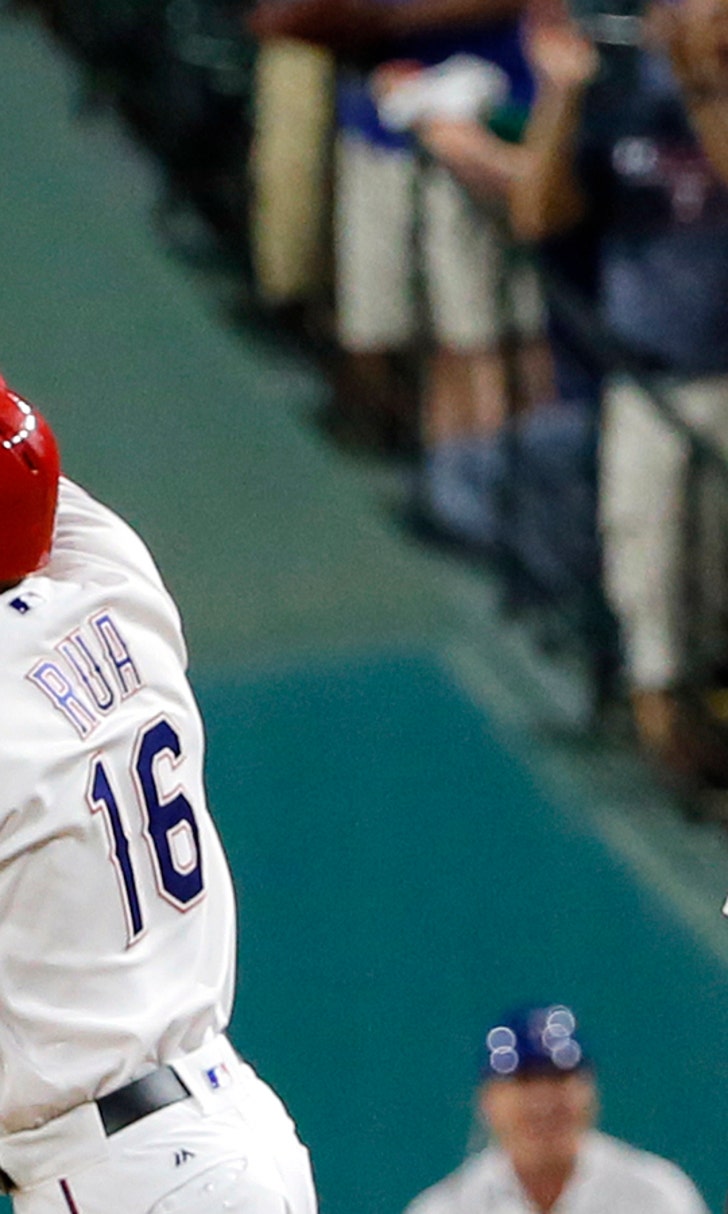 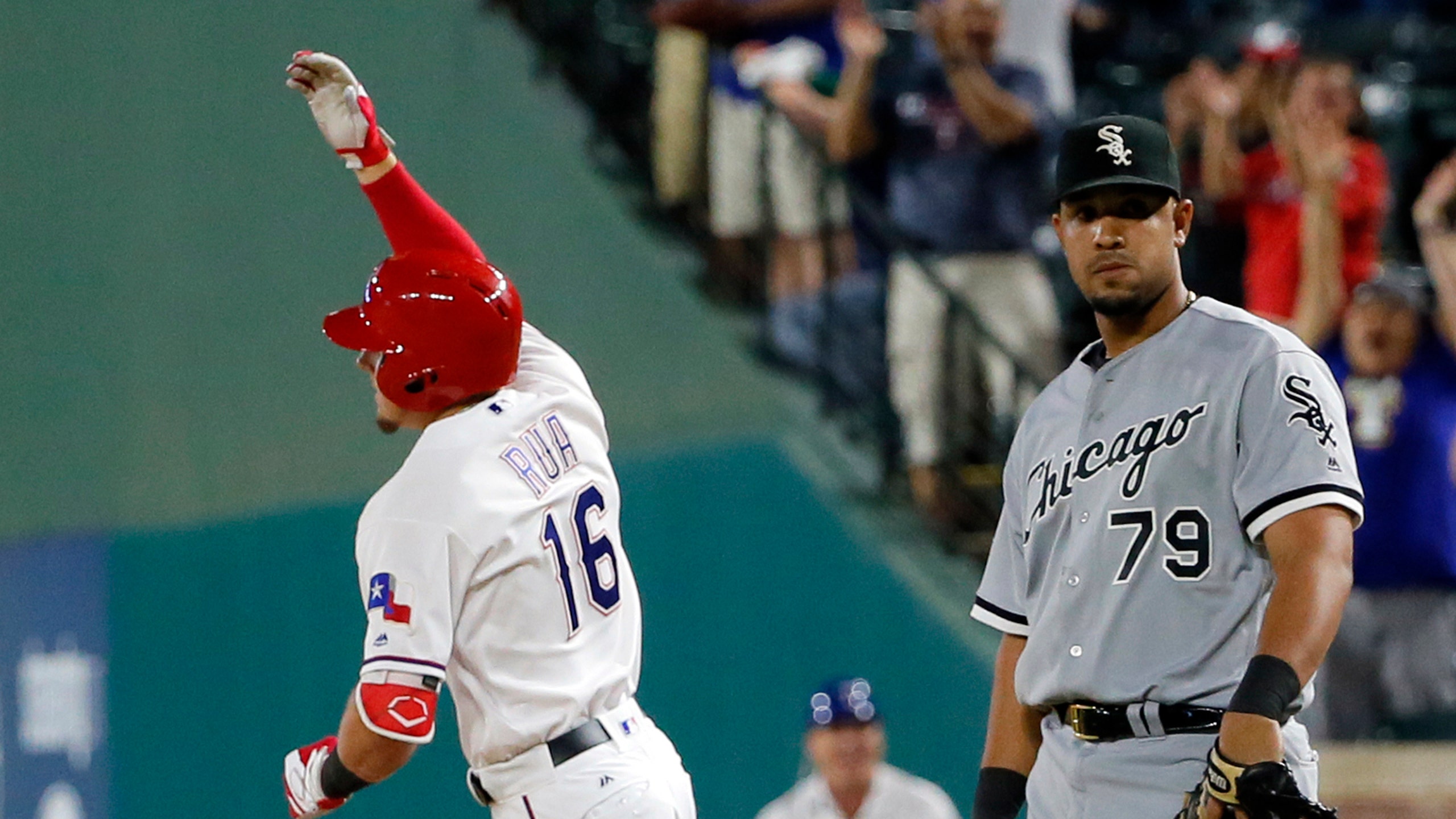 ARLINGTON, Texas (AP) -- Ryan Rua hit a three-run homer to cap a seven-run rally in the eighth inning, and the Texas Rangers beat the Chicago White Sox 13-11 on Tuesday night.

Chicago led 11-6 before Elvis Andrus led off the bottom of the eighth with a single. Pinch-hitter Mitch Moreland singled home a run, Adrian Beltre drove in another with a sacrifice fly and Ian Desmond hit a two-run triple before Rua's homer against Matt Albers (1-1).

Winning pitcher Alex Claudio (1-0) went a career-high 4 1/3 innings. Shawn Tolleson pitched a perfect ninth for his 11th save in 13 opportunities.

Rua had his second homer, two singles and four runs batted in. Desmond and Bryan Holaday each homered and drove in three runs.

Garcia and Todd Frazier each had three RBIs for Chicago.

Starting pitchers Derek Holland and Carlos Rodon both came back to pitch the third inning after a rain delay of 1 hour, 18 minutes.

Holland retired only two more batters and allowed four runs in the third. Texas tied the game at 5 on Holaday's three-run homer in the bottom of the inning.

Texas reliever Anthony Ranaudo walked five batters in the fourth. All of them scored.

Claudio gave up three of those runs on a bases-loaded double by Garcia. Claudio allowed one run of his own when Jimmy Rollins led off the eighth with a triple and scored on Jose Abreu's sacrifice fly.

Holaday's homer was his first as a Ranger and his fourth in five major league seasons.

Umpire crew chief Jeff Nelson stopped the game before the third inning began because of nearby thunder. A strong shower followed.

The final pitch was shortly before midnight CDT. The final game of the three-game series is scheduled for 1:05 p.m. on Wednesday.

Rangers: RHP A.J. Griffin (shoulder) had a precautionary MRI exam on Tuesday, but team physician Dr. Keith Meister had not evaluated the results before the game. He went on the disabled list Sunday. . The team said there was no timetable for OF Josh Hamilton (left knee surgery) to resume baseball activities. . OF Shin-Soo Choo (strained right calf) went 1 for 3 with a walk in an extended spring training game. The Rangers reported that he was running the bases at 70 percent speed.