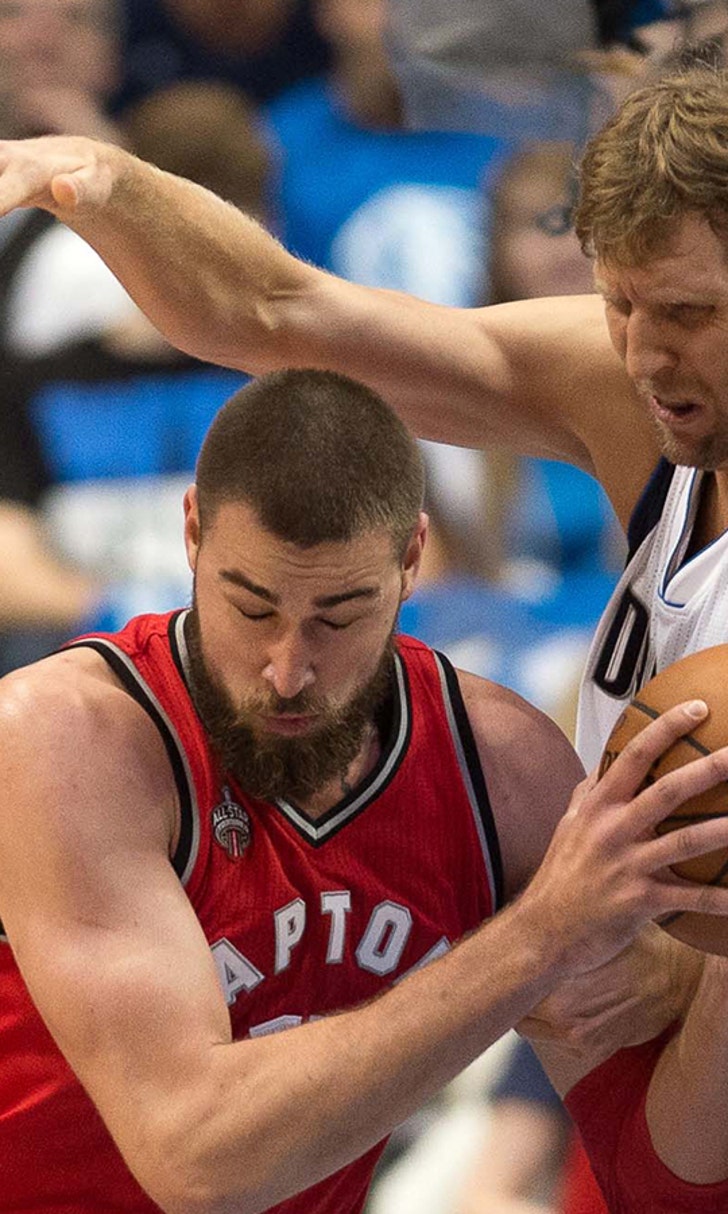 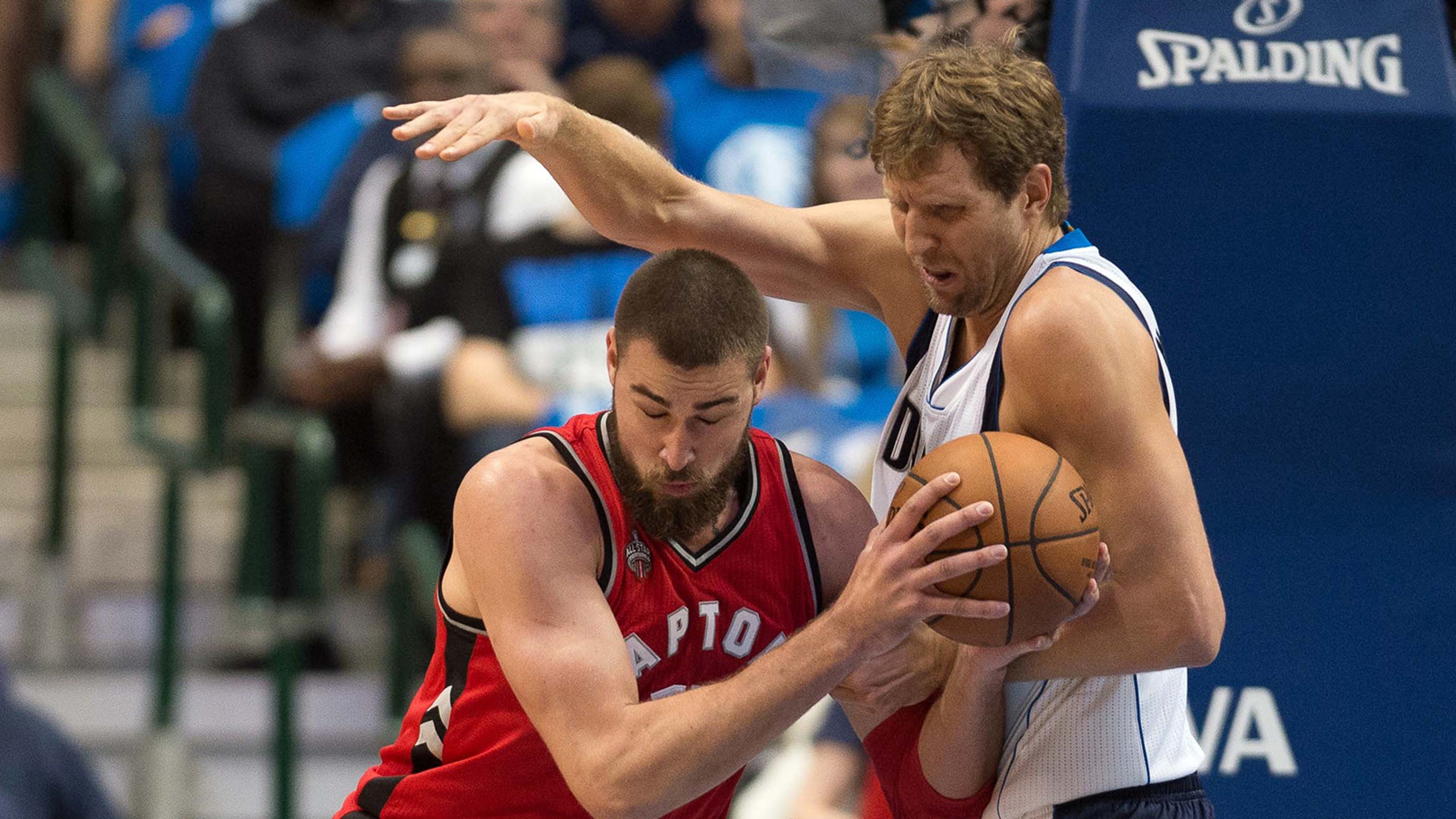 DALLAS (AP) -- Kyle Lowry scored 27 points, and the Toronto Raptors spoiled the home opener in Dallas, beating the Mavericks 102-91 on Tuesday night for the first 4-0 start in franchise history.

The Raptors took the lead for good on a 12-0 run that started in the middle of the fourth quarter. Jonas Valanciunas had six of his 16 points during the decisive stretch.

The Mavericks went almost 4 minutes without a basket after Dirk Nowitzki hit a 3-pointer for an 86-82 lead. Nowitzki finished with 18 points.

DeMar DeRozan scored 20 points, and Luis Scola had 19 points and 12 rebounds for the Raptors, who opened with three straight wins two other times in their first 20 seasons.

Lowry had a game-high 10 assists, and Toronto held Dallas to 6-of-22 shooting in the fourth quarter and 38 percent for the game. It's the second time the Raptors have held their opponent under 40 percent.

Deron Williams, who starred at a Dallas-area high school, had 13 points in his home debut for the Mavericks.

Dallas forward Dwight Powell, a Toronto native, had his first career double-double with 10 points, all in the first half, and 10 rebounds.

Valanciunas started the decisive run with a layup on an assist from Lowry and finished it with a tip-in and a pair of free throws after he was fouled getting a defensive rebound.

Dallas forward Chandler Parsons played 14 minutes in the first half of his second game after offseason right knee surgery, but didn't play after halftime for precautionary reasons. He scored nine points after getting two in 12 minutes in his debut Sunday at the Los Angeles Lakers.

Raptors: Tuesday was the 20th anniversary of the first game in franchise history. Toronto beat the then-New Jersey Nets 94-79 at SkyDome. ... Terrence Ross scored four points on the day the team announced his multiyear contract extension. He beat a deadline that would have made him an unrestricted free agent on July 1.

Mavericks: Coach Rick Carlisle is 7-7 in home openers, including 4-4 with Dallas. The Mavericks had a four-game winning streak in home openers snapped. ... Williams' first 3-pointer in the second quarter gave him 1,000 for his career.

Nick Wright's NBA Player Pyramid
Nick Wright is back causing a ruckus with his pecking order of NBA players. Take a look at how he stacks up the biggest stars.
41 mins ago

Bird is the Word
Mavericks star Luka Doncic continues to draw comparisons to some of the league's greatest. Just how brightly will this star shine?
1 day ago

Next Man Up
The NBA has no shortage of young talent, but who will be the face of the league once LeBron James finally calls it a career?
3 days ago

Melissa's Second-Half Must-Sees
Circle the following games on your calendar because these are the can't-miss matchups of the NBA's second half, Melissa Rohlin writes.
6 days ago
those were the latest stories
Want to see more?
View All Stories
Fox Sports™ and © 2021 Fox Media LLC and Fox Sports Interactive Media, LLC. All rights reserved. Use of this website (including any and all parts and components) constitutes your acceptance of these Terms of Use and Updated Privacy Policy. Advertising Choices. Do Not Sell my Personal Info