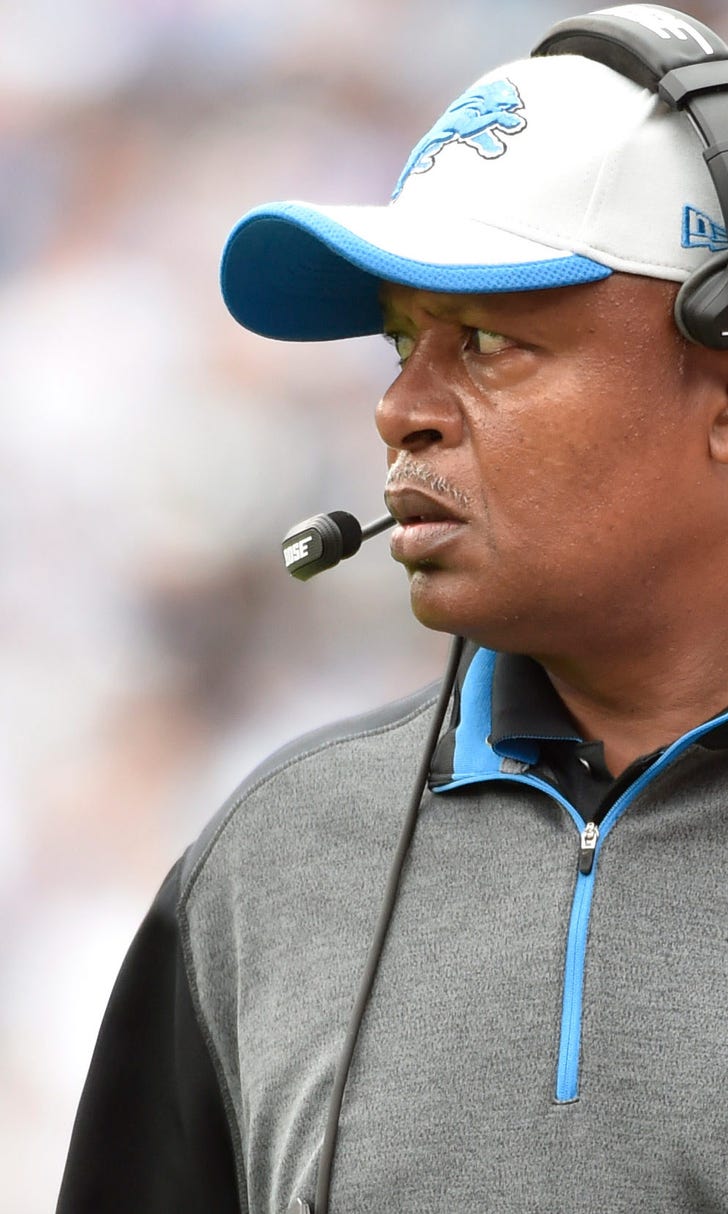 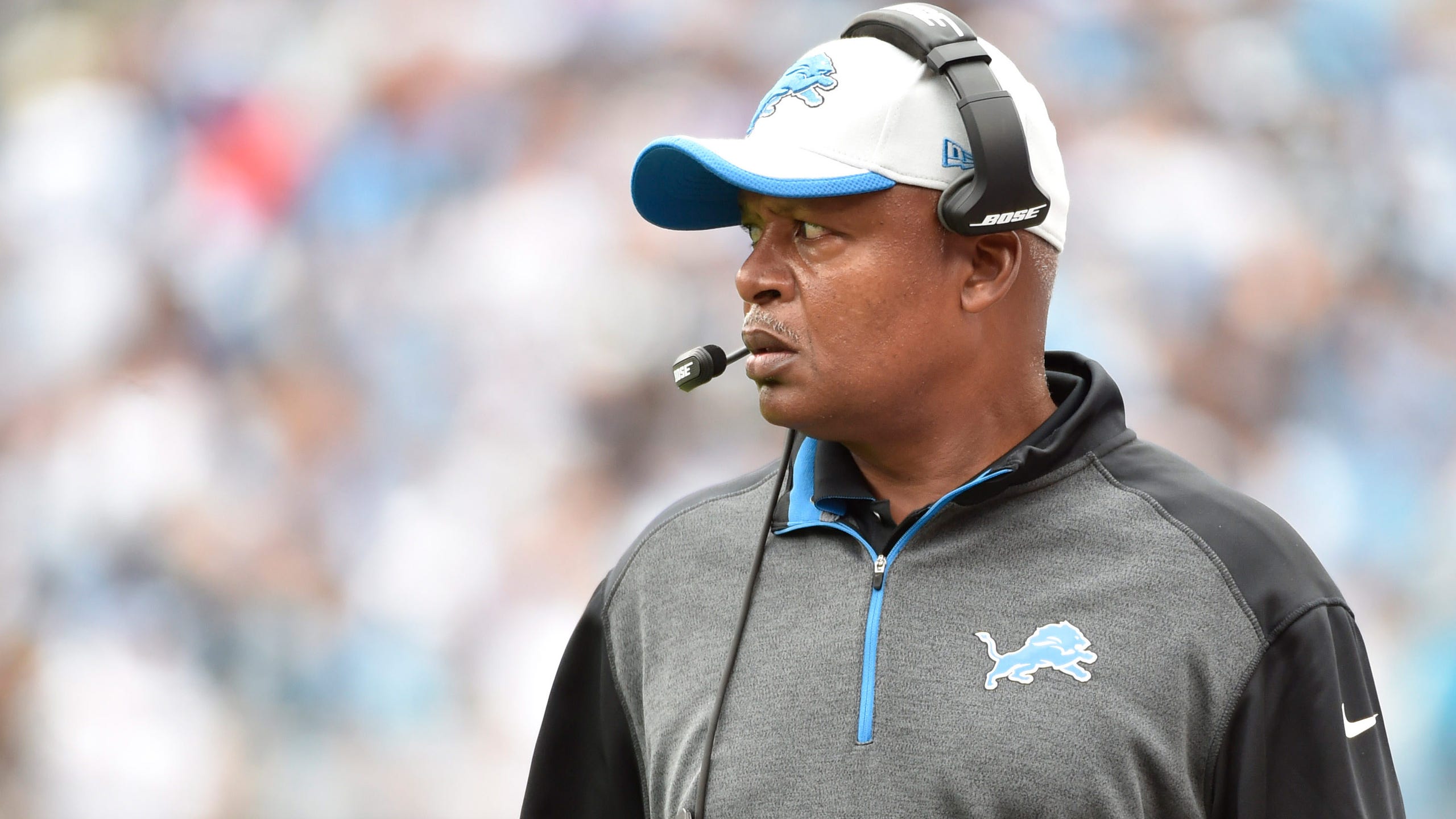 This week is full of changes for the struggling Detroit Lions, one of the season's biggest disappointments.

The Lions (1-6) opened the Jim Bob Cooter era on offense Wednesday on new turf, four days ahead of their game against the Kansas City Chiefs (2-5) at Wembley Stadium.

Players said they weren't shocked by Monday's firing of former OC Joe Lombardi and two offensive line coaches following Detroit's poor start to the NFL season. All said they expected immediate improvement with the promotion of 31-year-old Cooter, a protege of coach Jim Caldwell who spent the past two years as quarterback Matthew Stafford's position coach.

"He's been great," said Stafford, who noted that many offensive players outside the quarterbacks room might never have heard Cooter talk before this week. "But the more he starts talking football, you understand his intelligence and his understanding of the game. That garners respect from guys."

While many expect Cooter to unleash the long ball to wide receivers Calvin Johnson and Golden Tate, the ground attack has been the Lions' weakest link, dead last in the NFL with a mere 68 yards a game. The Lions' inability to run has left Stafford under too much pressure, including in last Sunday's 28-19 loss to the Minnesota Vikings, when Stafford was sacked seven times. Starting running back Joique Bell returned from injury, but ran just three times for 21 yards.

"I had Jim (Bob Cooter) in my rookie year with the Colts with Coach Caldwell. He's a brilliant guy and he knows football. He can connect with the players and we're going to enjoy playing for him," Bell said.

Caldwell said switching coordinators in midseason was hardly ideal, but he pointed to his own 2012 history with the Baltimore Ravens, when he was promoted to the position midway through the team's Super Bowl run. And he said Cooter's intelligence and detailed understanding with Stafford was making the sudden switch smooth.

Caldwell said the players "know him, he's worked with them, he certainly has a great grasp of all the things that we need to get done. So it's not like someone coming from a different location where you have to totally get a feel for their personality. I think they understand how bright he is and his knowledge and grasp of offensive football as well."

Some players cited Cooter's relative youth as a plus. He's the second-youngest offensive coordinator in the league next to Washington's Sean McVay -- and younger than five players on the Lions roster.

"He's a younger guy and definitely has a lot of fire in him," said Johnson, who called Lombardi's firing "an unfortunate business."

Second-year tight end Eric Ebron said Cooter was an ideal figure to restructure Detroit's passing attack because "he knows what Matt likes to do. That's really how the offense works: You get the quarterback what he wants. He's going to feed off Matt."

When the NFL scheduled the Lions and Chiefs as the last of this year's trio of London games, it looked like a matchup of playoff contenders. But the Chiefs have lost star running back Jamaal Charles to a season-ending knee injury, and the Lions -- pegged by many to challenge the Green Bay Packers for the NFC North crown -- find themselves sharing the league's worst record with the Ravens.

Few said they could see the collapse coming after a 2014 season that ended 11-5 and a bitterly disputed first-round playoff loss at Dallas.

"The NFL is a crazy league. A lot of things look good on paper, but until you get out there and start playing, it's a lot of shocks, a lot of surprises," said defensive end Jason Jones. "Right now we're in a tough spot, but all that we can do is look forward and try to get a win Sunday."

The Lions are returning to the scene of their greatest comeback last season. They trailed the Atlanta Falcons by three touchdowns at the half but won 22-21 with a last-second field goal.

"We've shown we can play inspired ball in London and we're hoping for that again," said cornerback Rashean Mathis, who had a big interception return at Wembley last year. "But we'd rather get on top of the Chiefs early. No more dramatic comebacks. We just want to dominate from the first snap Sunday."