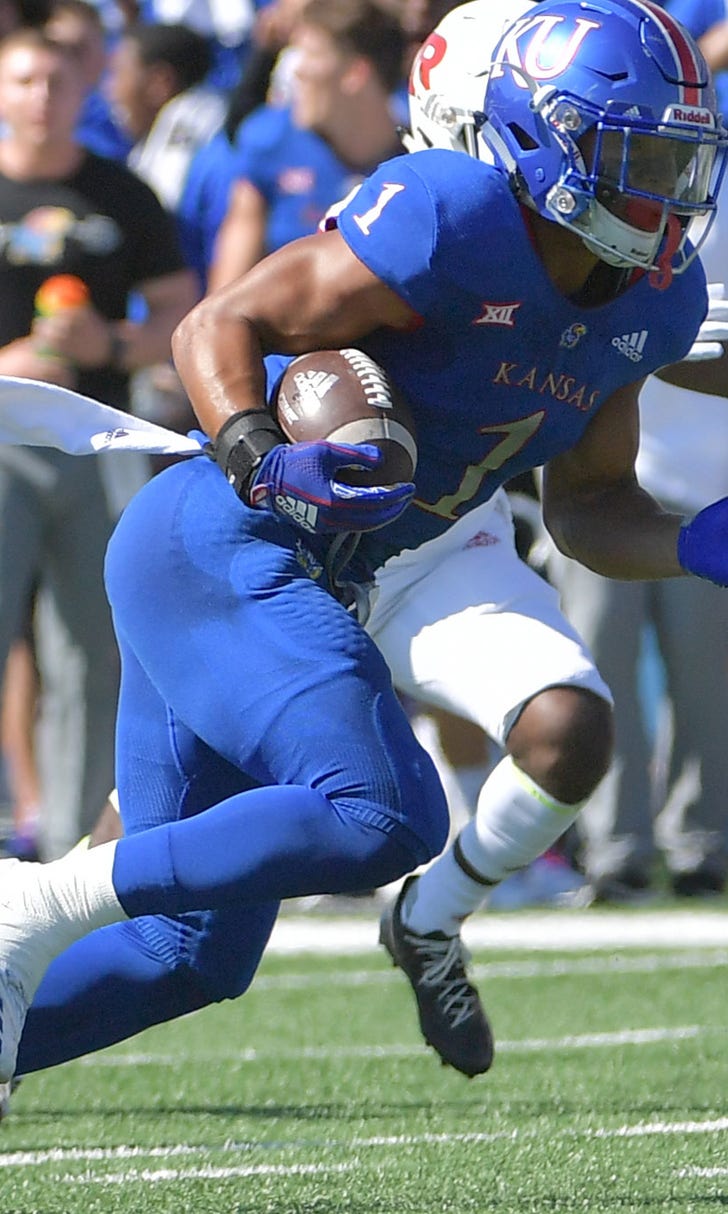 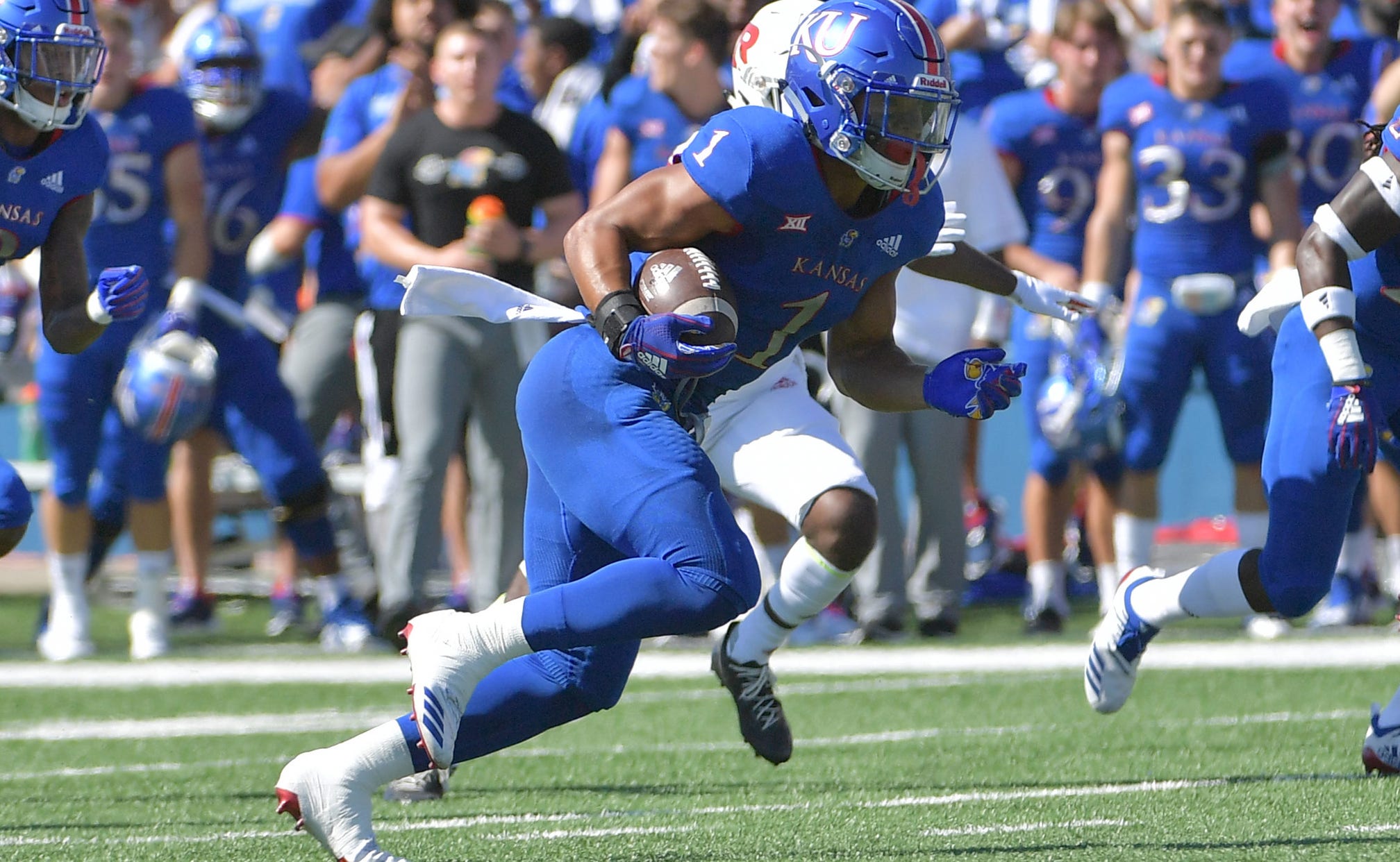 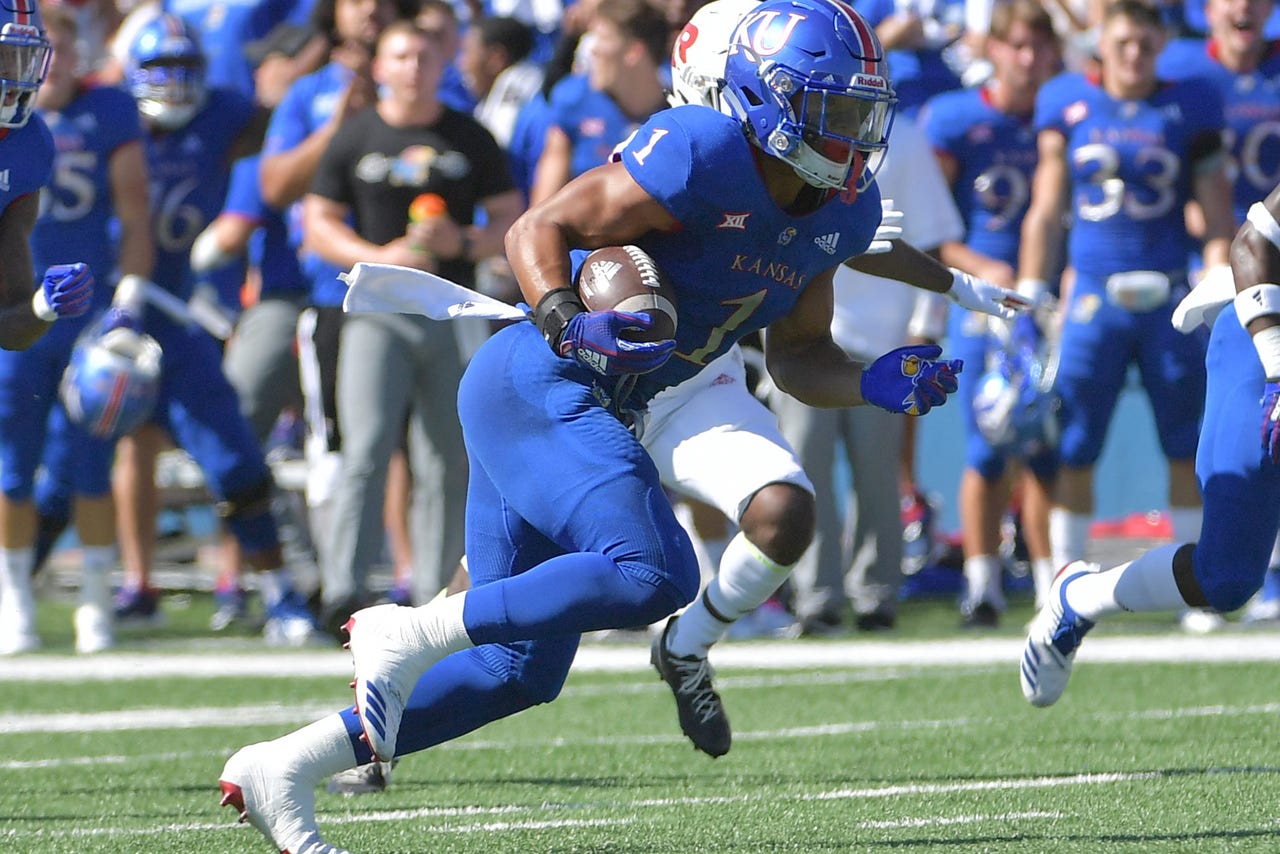 WACO, Texas — Kansas has no gaudy turnover chain to pass around on the sideline. The Jayhawks instead have the "Swarm Master" award.

There is no physical trophy for the Kansas defender who gets the most turnovers in games and practices during the week, but the "Swarm Master" will be first in line for meals during the road trip to Baylor and represent the defense as the pregame captain Saturday.

And a lot of turnovers.

The 13 forced turnovers by the Jayhawks (2-1) are already four more than all of last season, and they lead all FBS teams with a plus-12 turnover margin. They have forced six turnovers in each of the last two games, coinciding with their first consecutive wins since the start of the 2011 season.

"We're getting guys in the right spot, for sure," said senior linebacker Joe Dineen, who has an interception and fumble recovery along with being the Big 12's top tackler (13.3 per game). "There was a big emphasis last year also on when the first guy gets to the ball, the other guy tries to strip the ball out. That's obviously paid off for us."

Baylor (2-1) has already doubled its win total from last year, when the only victory in coach Matt Rhule's first season came at Kansas. The Bears are coming off a 40-27 home loss to Duke, which turned Baylor's two turnovers into 14 points.

Kansas has already had seven interceptions and recovered six fumbles. After being the Big 12's worst defense last year, the Jayhawks top the league by allowing only 294 total yards a game and are second in scoring defense at 15.7 points per game.

"The story of Kansas right now is really their defense and how dominant they've been," Rhule said. "They fly around and they're destructive. They're fast and they're making plays."

Baylor has played its top two quarterbacks in each game. Rhule said sophomore Charlie Brewer and graduate transfer Jalan McClendon have both been good based on the numbers the coach uses to evaluate them. Expect both of them to play against Kansas.

"To try and make the decision off a gut feeling is hard when both guys are producing," Rhule said. "Both guys made good plays and both guys have some plays they wish they could take back."

The Jayhawks are focused on the Big 12 after the rare consecutive wins.

"You're only as good as your next in anything you do," coach David Beaty said, referring to what he saw in the locker room after the last game. "It wasn't the pandemonium that I think a lot of people might have thought. It was a complete and total focus on what we have to do to go and get this next win."

The Jayhawks snapped a 46-game road losing streak earlier this month at Central Michigan but haven't won a true Big 12 road game in nearly 10 years. They have lost 40 consecutive such games since winning at Iowa State on Oct. 4, 2008. That doesn't include four Big 12 neutral-site games against Missouri in Kansas City — the Jayhawks won in 2008 as the "home" team, then lost the next three (2009-11).

Pooka Williams is the first freshman in Kansas history to open his career with consecutive 100-yard rushing games. After being held out of the season-opening loss to Nicholls State amid eligibility concerns, the 5-foot-9 Williams had two long TD runs at Central Michigan, then ran for 158 yards with another long score in a win over Rutgers.