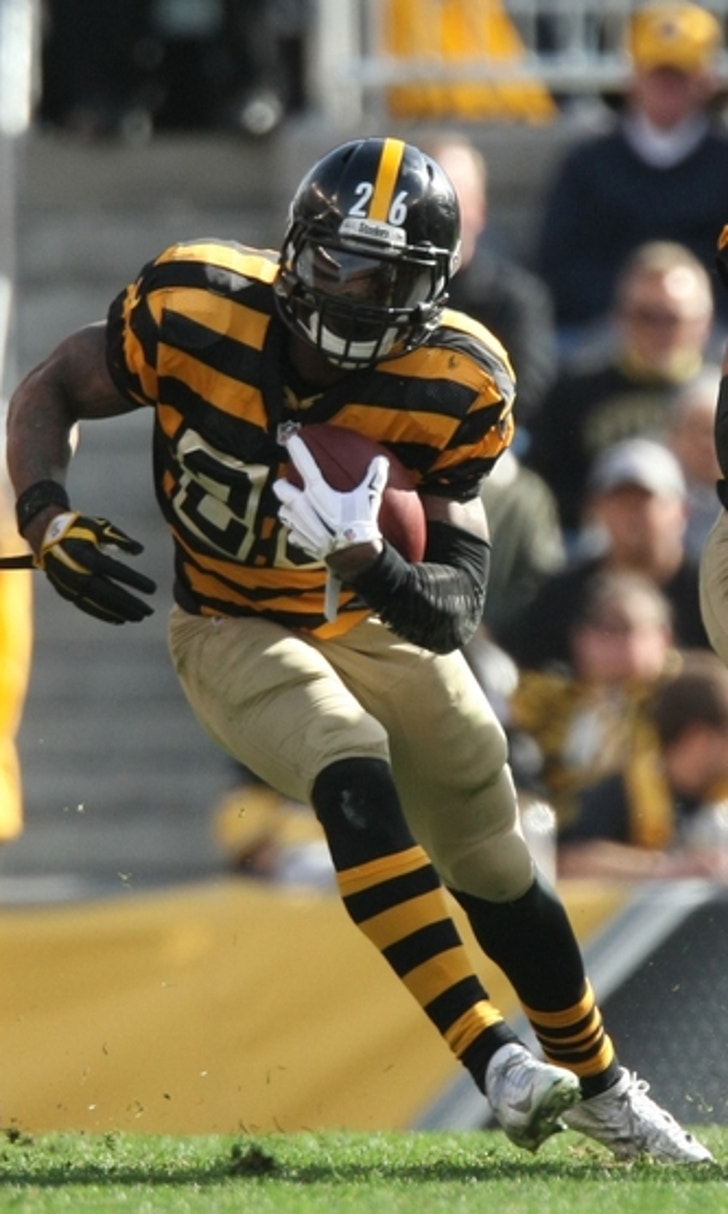 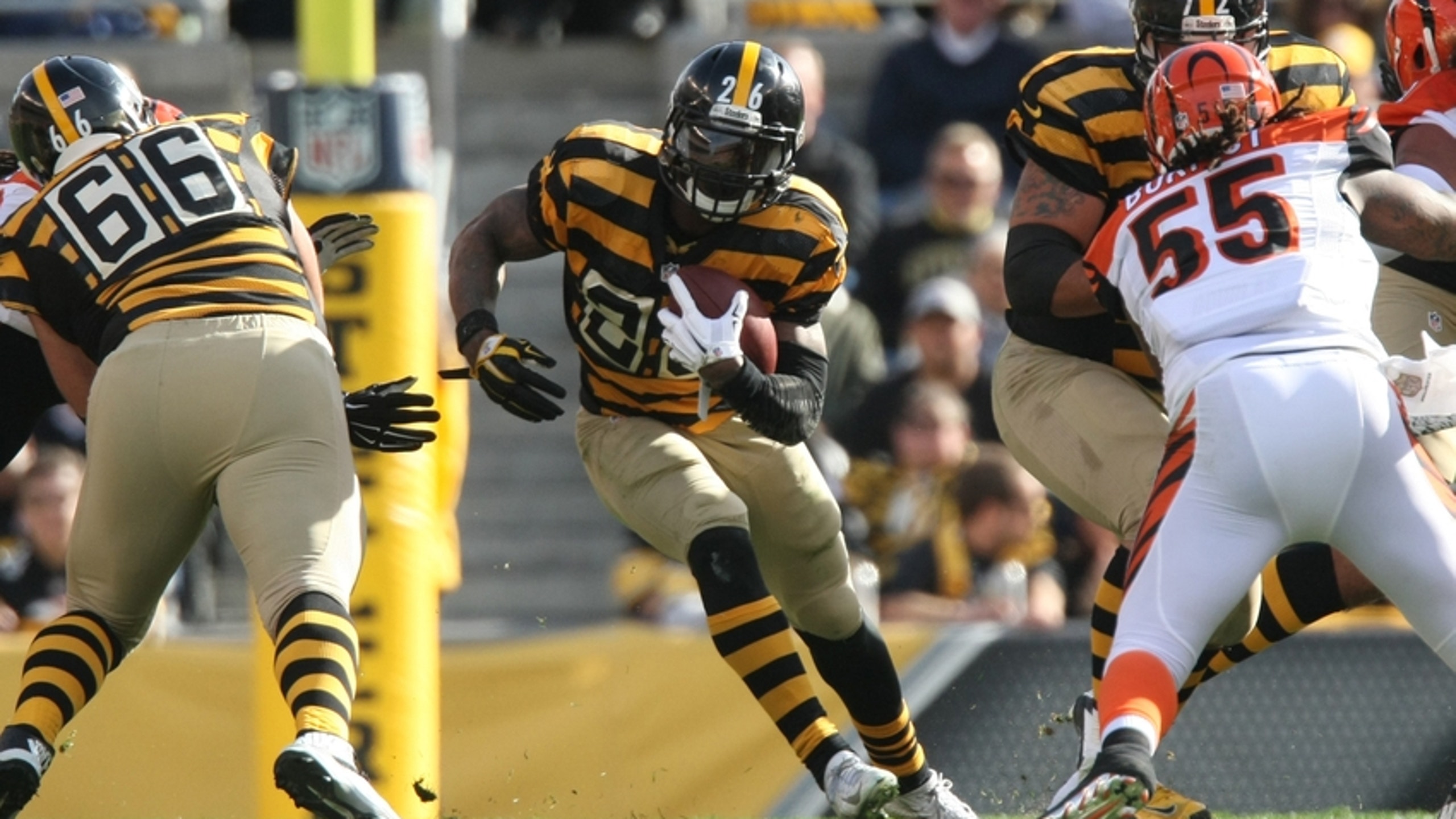 You’ve waited through three weeks of fantasy football and finally your patience has paid off as this week you can finally start Le’Veon Bell, but should you? What about Jordan Howard and Dwayne Washington? Are they must-starts? Find out in this week’s edition of RB start/sit.

This is the only week of fantasy football I will include Bell here so I’m taking full advantage of it. You made it. Le’Veon Bell finished his three-week suspension, and now you can unleash him into the wild with great pleasure. DeAngelo Williams did you well 2 out of 3 weeks as expected, now you can get your money’s worth. The best part for all of you wise owners who have Bell in PPR: he’s ready to catch balls. Never forget that this guy caught 83 balls in 2014. His knee is ready, and we’re all ready to watch him work.

Howard is the best running back the Bears have had on their roster all season, and he finally got to show it in relief of injured Jeremy Langford Sunday night. Now, he’s the Bears’ main running back with Langford out and Ka’Deem Carey banged up. Howard may take 20–25+ carries against Detroit this week. The Lions are dead last in yards per carry allowed in the NFL (5.1 per carry). You attack the Lions by running at them. The Lions’ run defense is so bad Eddie Lacy had a 100+ yard game against them last week. Howard is going 20+ carries for 100+ yards and at least a TD this week.

Hyde did absolutely nothing last week for the first three quarters against the Seahawks, then in garbage time, when most teams throw the ball to try to come back, Hyde scored two touchdowns and a two-point conversion in the final quarter. This week Hyde and the 49ers get the Dallas Cowboys. The Dallas defense is among the bottom five in yards per carry allowed, despite the fact that they have faced some of the worst running teams in the NFL the first three games – the Giants, Redskins, and Bears. Conversely, Hyde has faced three top eight run defenses (in yards per carry allowed) this season and is No. 11 in rushing yards and tied for first in rushing TDs. It’s Hyde’s easiest matchup of 2016 to date and the toughest one for the Dallas run defense.

According to Yahoo and NFL.com, this guy is not owned in fantasy football nearly enough. That will probably change this week, considering the BYEs and how he’s clearly the lead back in a run-light offense. He only had 11 touches Week 3, but you could see him killing the clock when the Lions are killing the Bears, couldn’t you?

The Jets’ defense has allowed the third-lowest yards per game rushing this season, which is a continuation from their No. 3 performance all of 2015. This is a tough run defense. They have held opposing offenses to less than 90 yards rushing in seven of their last nine games. Michael’s claim to fame is rushing for 106 yards last week, a game where he ran for a 41-yard TD on his first carry, and then was held to 19 carries for 65 yards (3.4 ypc) the rest of the game. He also caught two passes for all of five yards. He’s not that great of a running back, he’s been forced into the starting role, and now faces the best run defense he’s seen this season versus the Jets. I don’t see big fantasy football upside here, this week.

It’s true that you probably blew most (if not all) of your FAAB budget getting McKinnon, but Matt Asiata drew the start last week against the Panthers, but it was McKinnon who led the Minnesota backfield in snaps (36) and touches (17). Still, he recorded a poor 2.8 yards-per-attempt average and is facing a Giants defense that’s surrendered the second-fewest points to runners. Unless you’re in need, I’d bench McKinnon.

It’s hard to suggest a sit on a BYE week and with most RBs on the shelf, but Murray very well could be considered bench-worthy with the Ravens on deck. Baltimore held the Jags to 31 yards on 18 carries in Week 3, and Murray’s looking at a ceiling of 12 carries with Jalen Richard and DeAndre Washington breathing down his neck for touches. His 22-yard TD run saved his week.

Gurley had two TDs last week…so what! It was his fifth game in a row with 85 yards or fewer rushing. It was the 11th time in his last 12 games under 90 yards rushing. Last week also marked the fourth game in a row that Gurley caught just one pass in a game. He’s caught all of eight passes in his last nine games. I’m a huge fan of Gurley’s. He’s just having the fantasy life choked out of him by Jeff Fisher’s offense. Now, he faces an Arizona defense gunning for him, like all defenses do, but Arizona has a pretty good group to gun with. Another sour week for Gurley ahead. All you can pray is the Rams get to the 1-yard line for a (not so) easy TD plunge.

Best of luck in your Week 4 Fantasy Football contests!