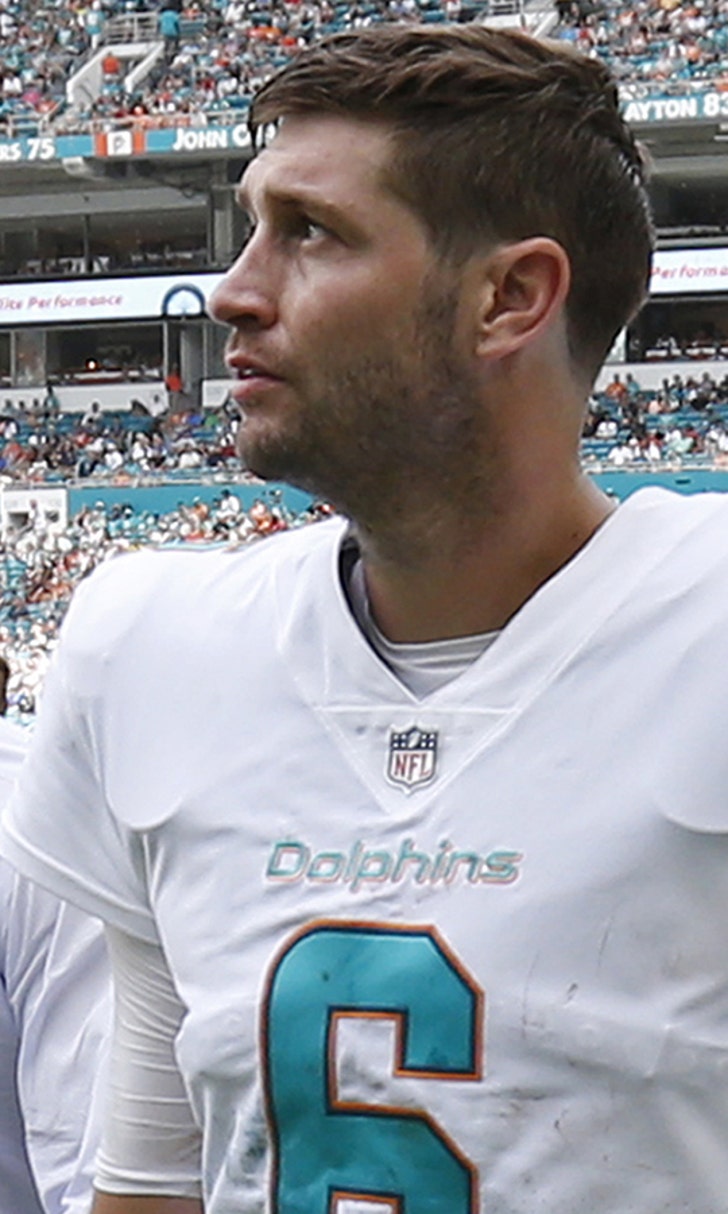 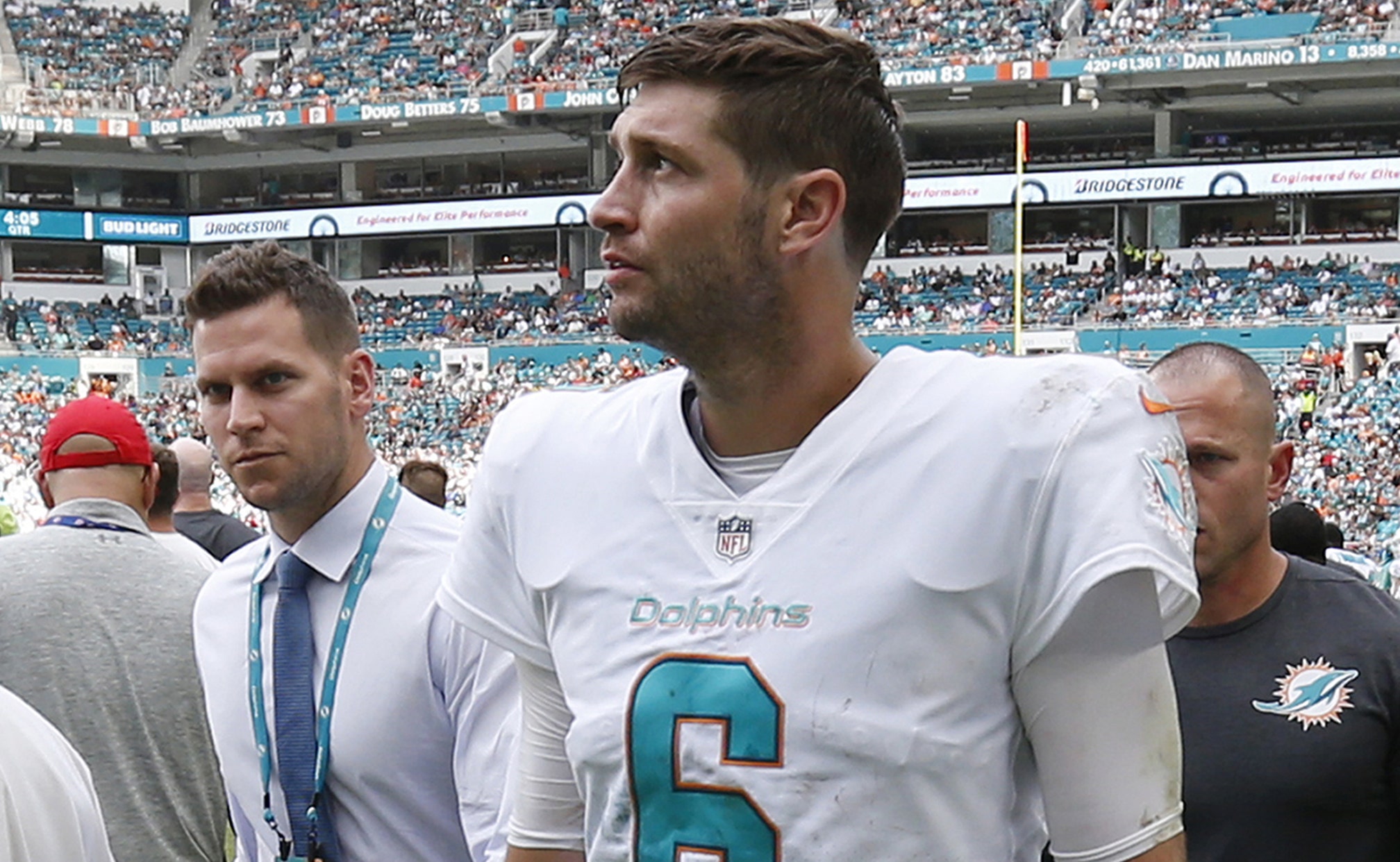 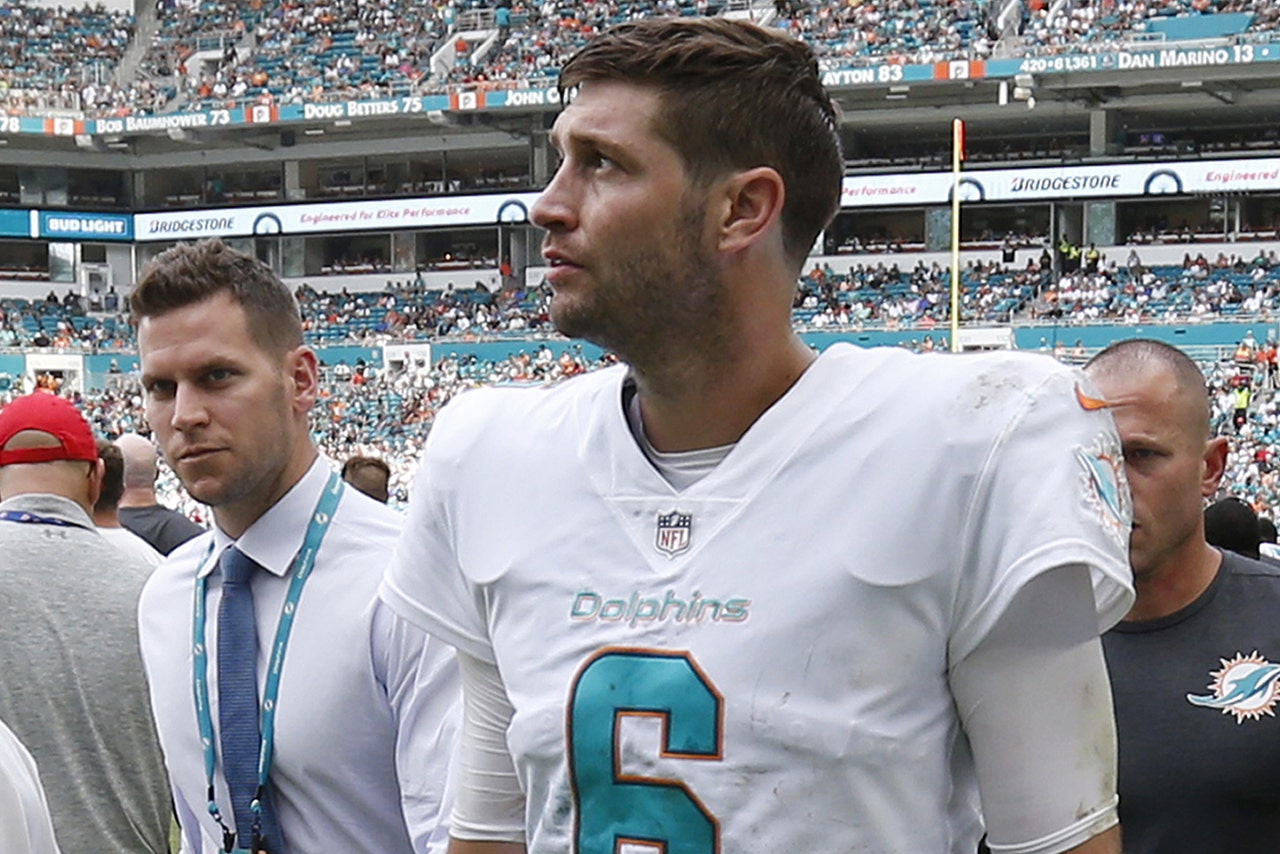 DAVIE, Fla. (AP) -- Matt Moore will start by default this week for the Miami Dolphins, leaving their simmering quarterback controversy on hold.

Moore came off the bench in the second half Sunday to replace Cutler and lead a 31-28 comeback victory against the New York Jets.

Gase declined to say whether Cutler remains the No. 1 quarterback and will return to the lineup when healthy.

"You're getting way ahead of me," Gase said. "With this quick turnaround, I'm really focused on this week.

"When we get through Thursday, we've got our bye weekend, and then I'm able to see where we're at -- the total picture and the health status of a lot of different people. I'm not ready to go anywhere near anything with the quarterback. I know who is available this week."

It's possible Cutler will be unavailable for more than one game.

"It becomes a huge pain tolerance thing once you get everything calmed down," Gase said. "It's not an easy injury. It's tough to breathe, let alone throw."

Left tackle Laremy Tunsil, who left Sunday's game because of a knee injury, wasn't seriously hurt and might play against the Ravens, Gase said.

A hit by Jets linebacker Jordan Jenkins sidelined Cutler in the third quarter. Moore came on and threw two touchdown passes to help Miami (4-2) erase a 14-point deficit in the final 12 minutes.

"You just tell yourself, don't try to do too much and play within the scheme and let your guys make plays, which they did," Moore said. "It was great."

When Ryan Tannehill suffered a season-ending knee injury early in training camp, Gase coaxed Cutler out of retirement and quickly gave him the starting job ahead of Moore, who is in his seventh year with the Dolphins.

They're off to their best start since 2003, but the offense has sputtered, ranking last in the NFL in yards per play and per game.

Cutler ranks 28th in passer rating, and he drew boos in his Dolphins home debut two weeks ago. The crowd cheered when Moore replaced him against the Jets.

"Matt's just a slinger, and he's going to throw it to the guy that's open," receiver Kenny Stills said. "You can see the crowd loves him. We do too when he's in there. We have a lot of trust in him."

Players also speak highly of Cutler, and there's no hint of locker room division regarding the two quarterbacks. But Moore is more the gregarious personality, and his supporters argue the team plays with more energy when he's in the game.

That was the case Sunday, Gase acknowledged.

"Any time you're the backup quarterback and you go in there, there's a sense of urgency increased," Gase said. "This last game, guys realized the position he got thrust into."

Moore is 15-14 as a starter, including 2-2 in 2016. He helped the Dolphins reach the playoffs last season after Tannehill hurt his knee in Week 14.

Now the Dolphins are on their third quarterback of the year, the latest challenge in a season full of strange twists.

Despite it all, only one team in the NFL has fewer losses.

NFL's Top Plays Of Week 12
It's another wild Sunday in the NFL. Check out the best moments from across the league!
7 hours ago

Henry Hammers Colts, Falcons Roast Raiders
Plus, the Patriots earn a gritty win over Arizona, the Bills outlast the Chargers, and the Vikings win in comeback fashion.
10 hours ago

What You Need To Know To Win $100,000
NFL fans have a chance to win big absolutely for free this week. Jason McIntyre navigates a landscape full of backup QBs.
15 hours ago

In Tua We Trust?
Chaos means opportunity. And as he makes his Week 11 picks, Jason McIntyre thinks Tua Tagovailoa has a big opportunity.
November 22
those were the latest stories
Want to see more?
View All Stories
Fox Sports™ and © 2020 Fox Media LLC and Fox Sports Interactive Media, LLC. All rights reserved. Use of this website (including any and all parts and components) constitutes your acceptance of these Terms of Use and Updated Privacy Policy. Advertising Choices. Do Not Sell my Personal Info