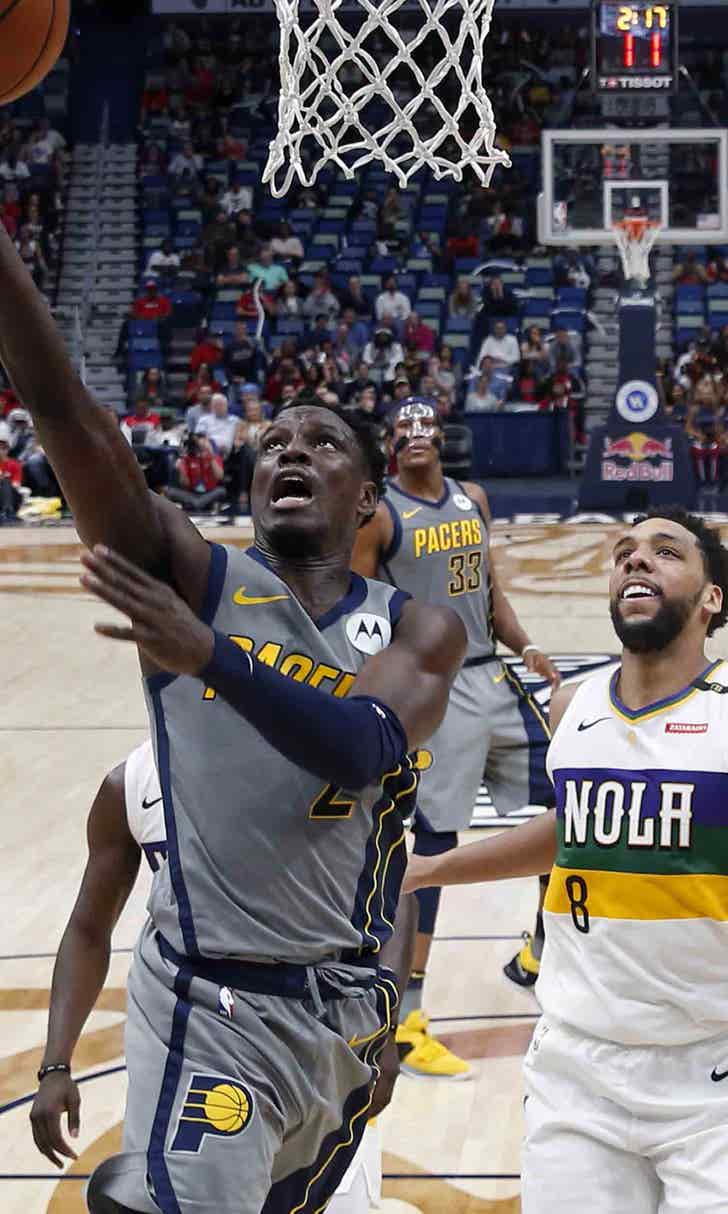 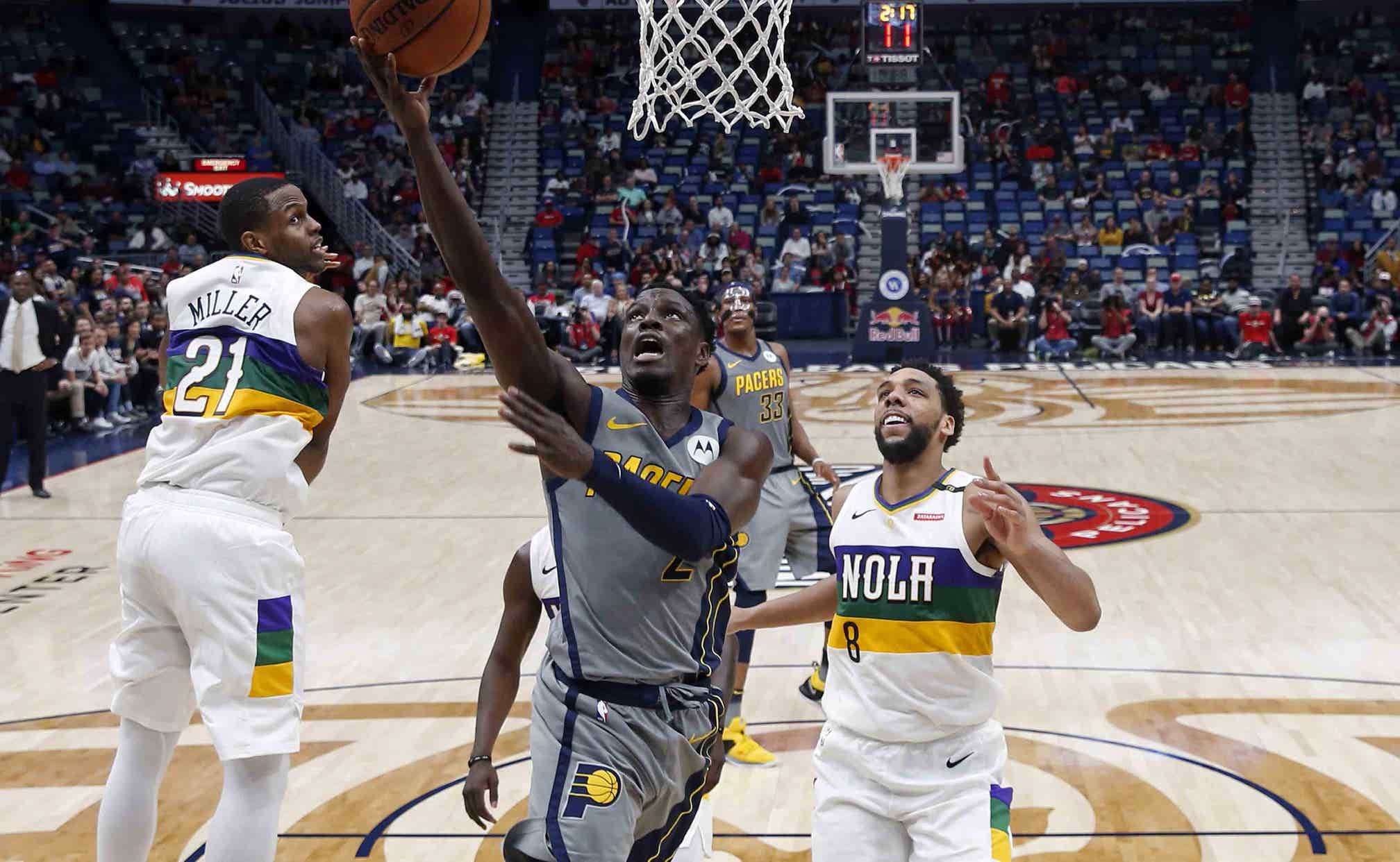 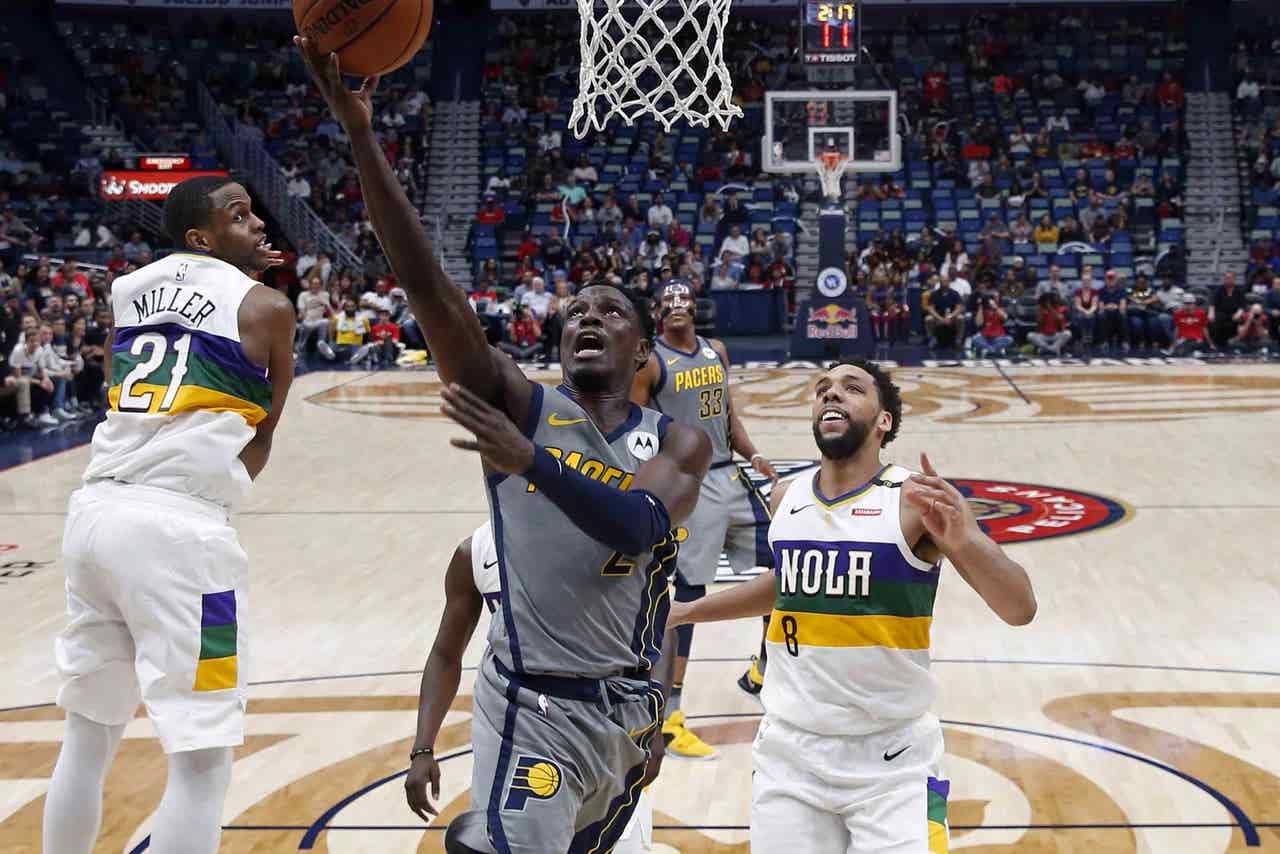 NEW ORLEANS — Darren Collison came through with the kind of late-game heroics fans in New Orleans hoped to see when they welcomed him to the Big Easy as a 2009 first-round draft choice.

All the more reason for the Indiana Pacers to be glad Collison plays for them now.

Collison scored 22 points, highlighted by his 3-pointer and 20-foot jumper over 6-foot-11 center Jahlil Okafor during the final two minutes, and the Pacers held off the depleted Pelicans 109-107 on Monday night.

"It's always good memories of when I first got drafted," Collison said. "And coming back here, you always want to have a good game against the team that drafted you."

Pacers coach Nate McMillan said his team might need Collison to play that way all the time, now that leading scorer Victor Oladipo is out for the remainder of the season following recent knee surgery.

Collison "is capable of doing that," McMillan said. "He made some big shots tonight and he is the guy we've gone to as far as late in games, putting the ball in his hands."

Domantas Sabonis had 16 points and 13 rebounds, and Myles Turner added 15 points and nine rebounds for the Pacers, who won their second straight.

The Pelicans had the ball, down 109-106, in the final seconds after Indiana guard Aaron Holiday was called for an offensive foul. But just before Jrue Holiday started to pull up for a 3-pointer, Pacers guard Corey Joseph astutely committed a reach-in foul, putting the Pelicans' guard on the foul line for just two free throws with two seconds left.

Holiday made the first and purposely missed the second, but the Pelicans were unable to get the rebound they needed in order to attempt a tying shot.

Playing without five of their most productive players — including disgruntled All-Star Anthony Davis — the Pelicans have lost three straight. Each loss has been by six or fewer points to teams currently occupying playoff positions in the standings.

Cheick Diallo had 12 points and 14 rebounds for the Pelicans, who outrebounded the Pacers 55-43.

"If we would have knocked down half our 3s, it would have been a different game," Jrue Holiday said, adding that he's seen "a lot of encouraging things" during the Pelicans' recent performances.

"A lot of us play very, very hard and we try to play together," Holiday continued. "We make little mistakes here and there, but that's a part of growing with each other."

Pacers: Bojan Bogdanovic and Thaddeus Young each scored 14. ... Former Pelicans forward Tyreke Evans scored nine points and said a few words after one basket to former teammate Davis, who was on the bench in street clothes and laughed as Evans jogged past him. ... Aaron Holiday, who periodically was matched up against his brother, had eight points. ... F Doug McDermott missed his second straight game with bruised ribs.

Pelicans: Coach Alvin Gentry said Davis, who last week asked to be traded, has been "cleared to practice" as he recovers from a sprained left index finger that has sidelined him since the end of a loss at Portland on Jan. 18. ... Gentry said he hopes by Wednesday that New Orleans' more prominent regulars will return to the lineup. For the fourth straight game, the Pelicans played without not only Davis, but also forwards Julius Randle (right ankle sprain) and Nikola Mirotic (right calf strain), as well as guards Elfrid Payton (right ankle sprain) and E'Twaun Moore (bruised left quadriceps).

Collison said he told Gentry, who was a Los Angeles Clippers assistant when Collison played for that club, that "I appreciate how he's handling things" in New Orleans amid the uncertainly caused by Davis' trade request.

"A lot of things (are) going on over there and it seems like they're playing hard every night," Collison said. "They made it competitive tonight. Jrue's trying to carry that team and they're trying to be scrappy, just like us."