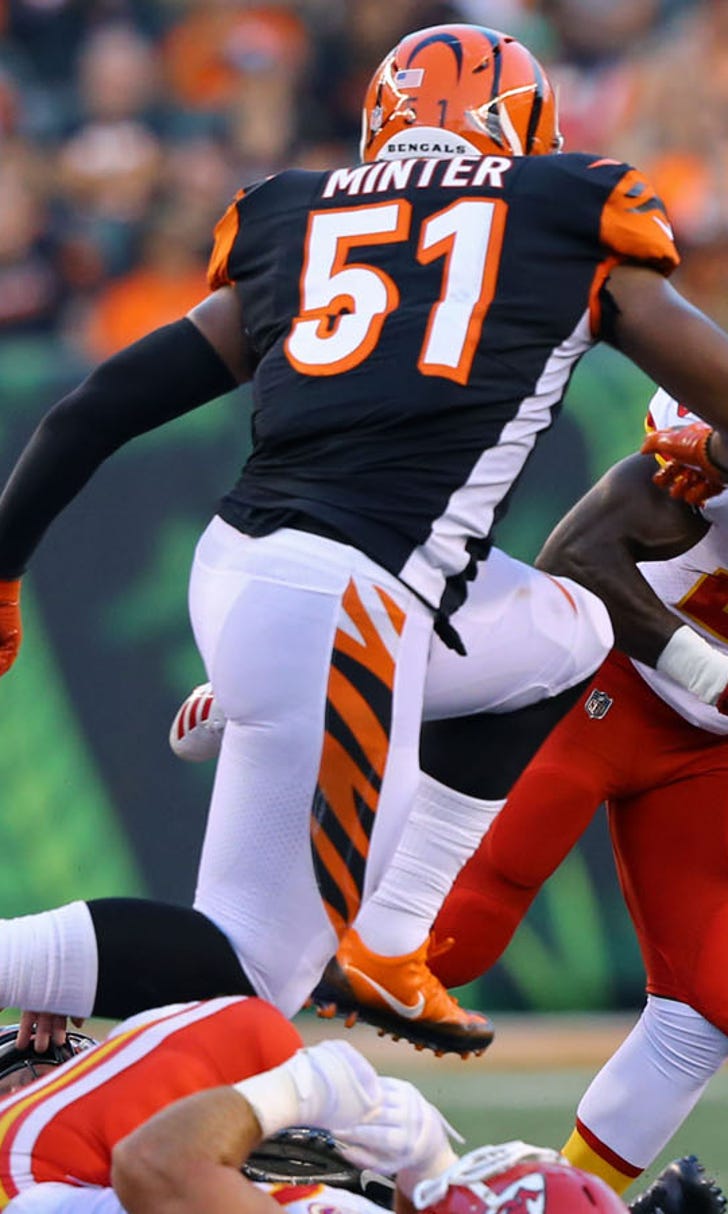 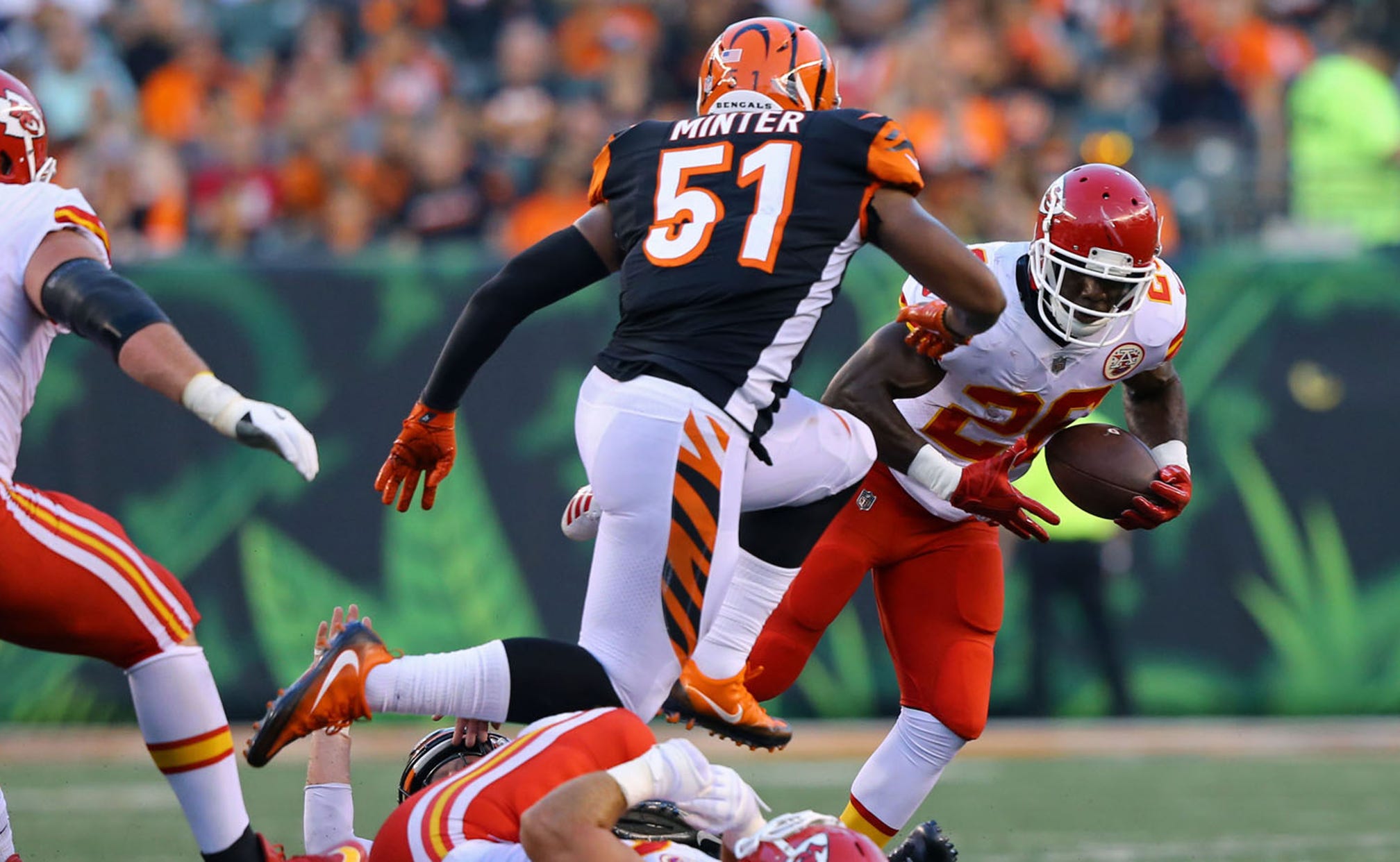 Chiefs part ways with Spiller, 29 others as roster is reduced to 53 players 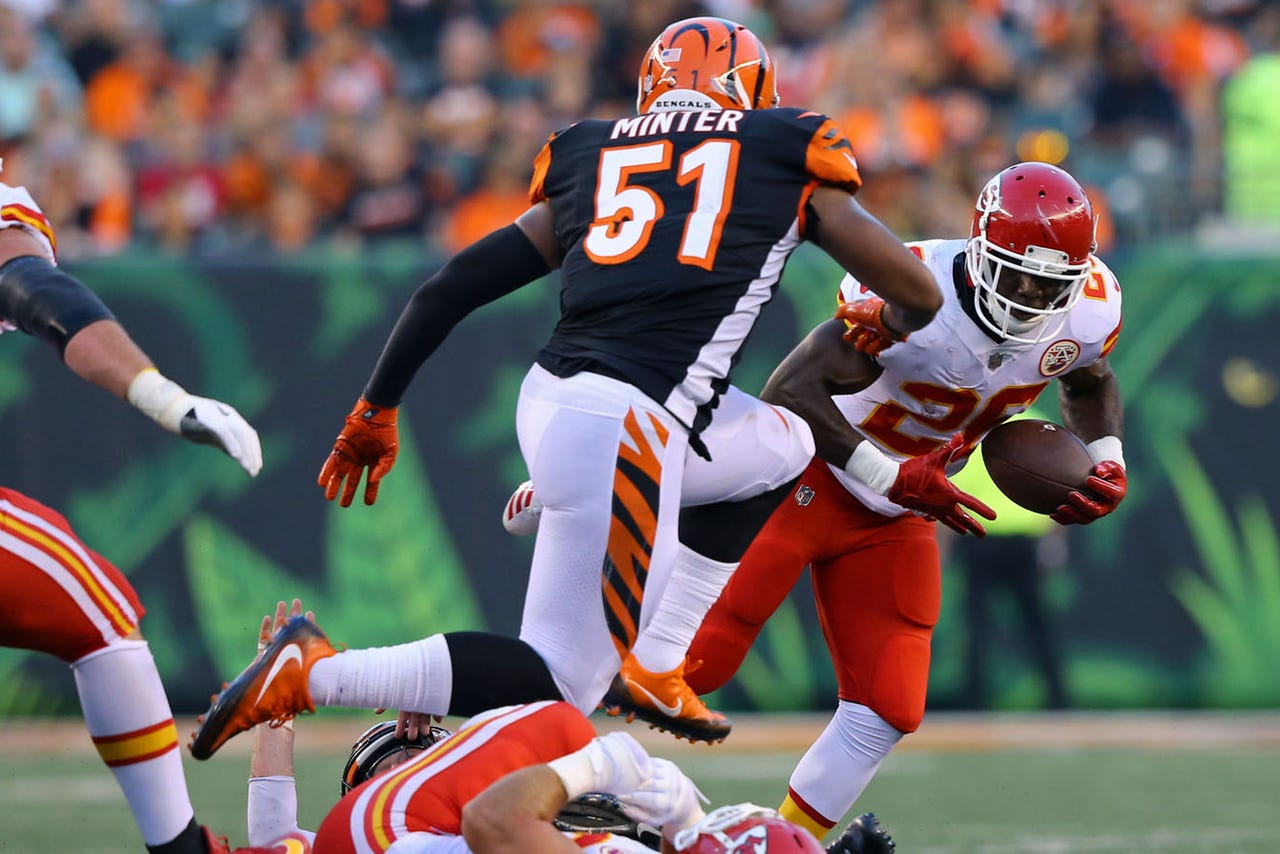 KANSAS CITY, Mo. -- The Chiefs did their NFL-mandated duty by trimming their roster to 53 players on Saturday.

Chiefs general manager Brett Veach said during a conference call it's possible more moves could be made before their opener Thursday night at New England. One spot worth watching in particular is running back, where the release of C.J. Spiller left Kansas City with only rookie Kareem Hunt, Charcandrick West and fullback Anthony Sherman.

"There's certainly a likely scenario where C.J. is on our team," Veach said.

Spiller's veteran status means he is not subject to the waiver wire, and Veach said he spoke to the former first-round pick about the possibility that he ends up on the team.

The Chiefs also have a pair of wide receivers, Tyreek Hill and DeAnthony Thomas, that are adept at carrying the ball, meaning they don't necessarily need to carry a third running back.

Hali, a five-time Pro Bowl selection, rarely practiced last year to protect his balky knees, and he did not participate in the Chiefs' offseason program or training camp. In fact, the only news he's made lately came on Twitter, where the 34-year-old pass rusher ripped the Chiefs prior to camp for how little he played in a playoff loss to Pittsburgh.

His status on the PUP list means he will be out at least for the first six games of the season.

"We have a plan for him," Veach said. "We've had the opportunity to talk to Tamba, his agent and (team trainer Rick Burkholder). It's one of those situations where we always sort of monitor it."

The Chiefs returned most of their roster intact from the team that won 12 games and the AFC West last season. So there were only a few spots where jobs were up for grabs in training camp.

At tight end, they wound up keeping Ross Travis rather than Gavin Escobar behind starter Travis Kelce and backup Demetrius Harris. Most thought the Chiefs would keep all of four.

They also kept Thomas and Albert Wilson, even though both undersized wide receivers share a similar skill set. That decision came at the expense of big, rangy Seantavius Jones and Marcus Kemp, a pleasant surprise in training camp who could be signed to the practice squad.

The Chiefs face a couple of challenges if they add someone off the waiver wire.

For one, their successful season a year ago means they are 27th on the priority list, so a player they covet could easily be claimed somewhere else. For another, the Chiefs have a quick turnaround with their opener against the Patriots on Thursday night rather than next weekend.

"There's a lot of names to choose from, for sure," said Veach, who admitted the Chiefs have kept a running list of who they thought would be available. "There's going to be more names we have to work through tonight, but the process for the most part stays the same."

MVP Watch: Wilson Bolsters Case
Just how good is Russell Wilson? Even in a bye week, the Seahawks quarterback strengthened his claim for the MVP award.
6 days ago
those were the latest stories
Want to see more?
View All Stories
Fox Sports™ and © 2020 Fox Media LLC and Fox Sports Interactive Media, LLC. All rights reserved. Use of this website (including any and all parts and components) constitutes your acceptance of these Terms of Use and Updated Privacy Policy. Advertising Choices. Do Not Sell my Personal Info