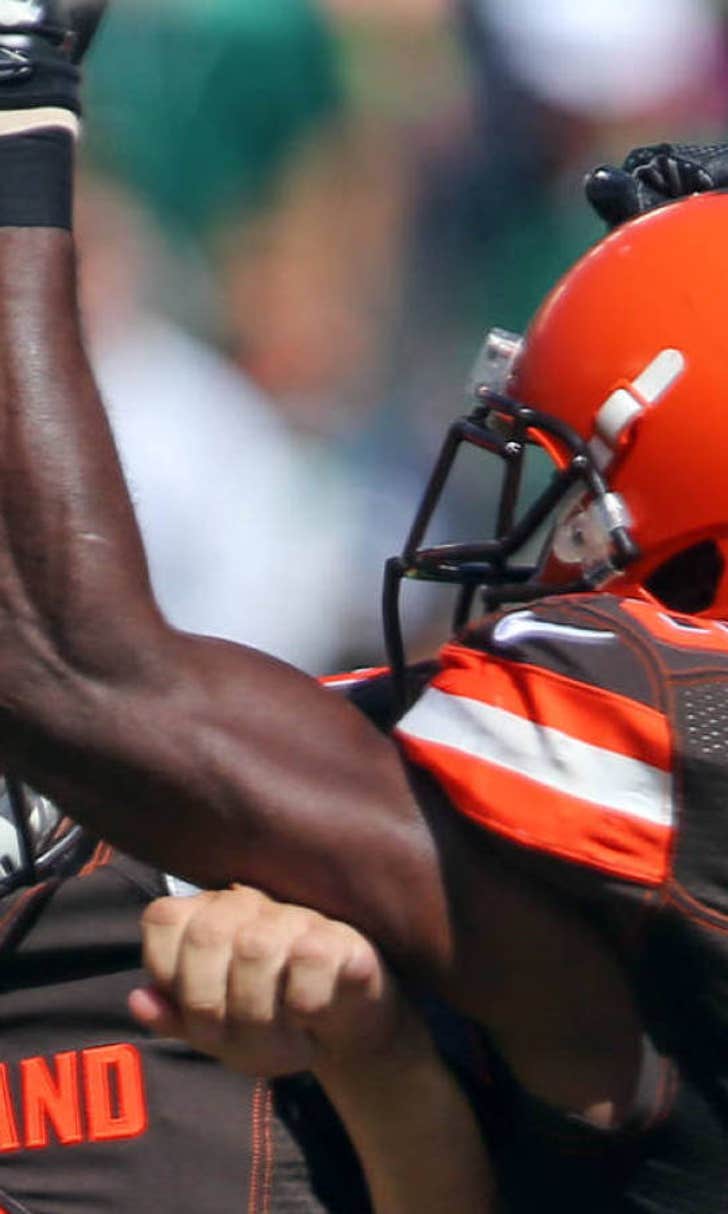 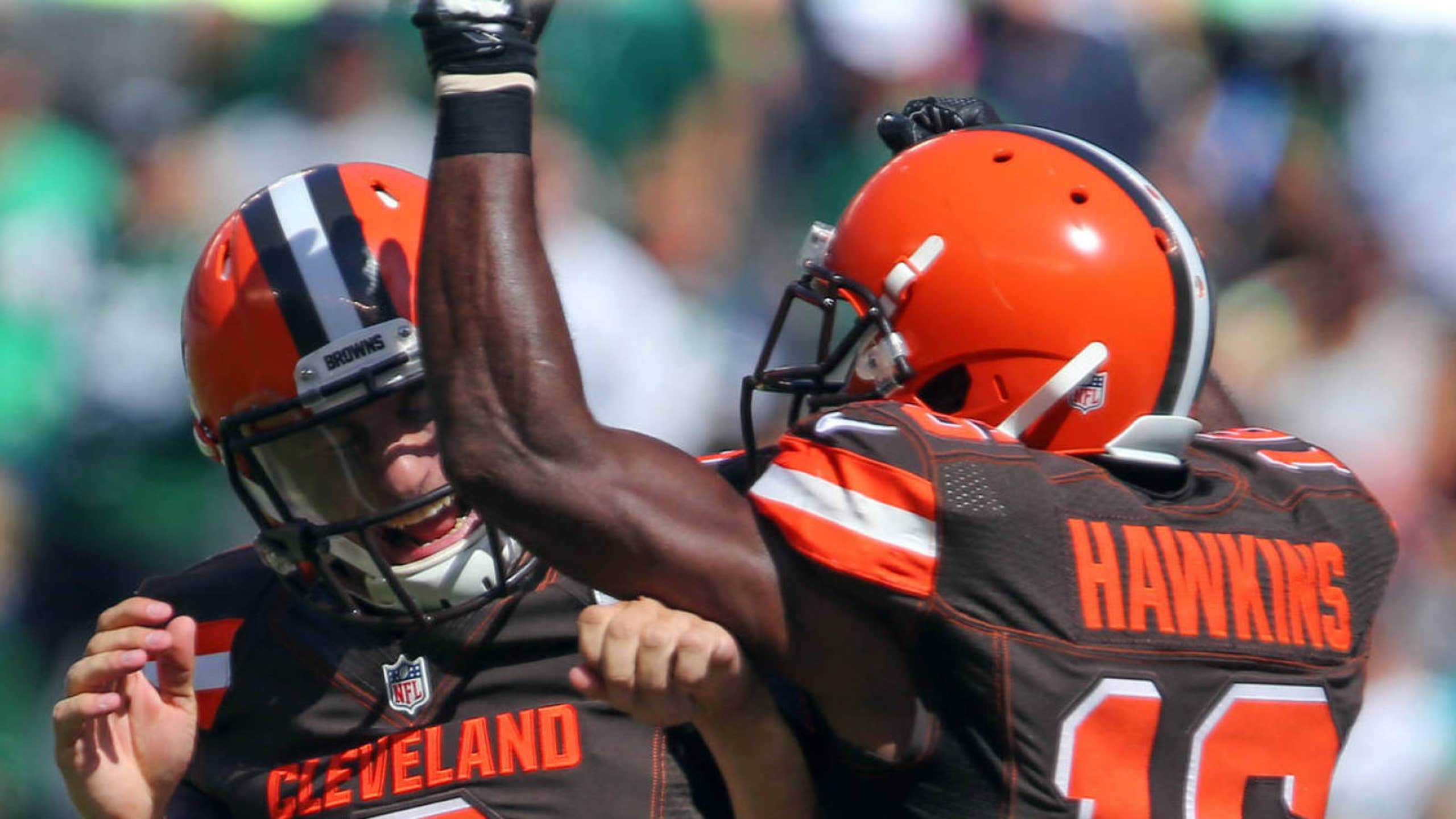 After a gunshot wound nearly forced his retirement in the offseason, Chris Johnson has returned to the form that gave him the CJ2K nickname while with Tennessee.

The veteran running back could continue his surprising revival Sunday when the NFC West-leading Arizona Cardinals visit the Cleveland Browns, who boast the NFL's worst rushing defense.

Johnson finished with six consecutive 1,000-yard seasons for the Titans, including the sixth-best single-season total in league history with 2,006 in 2009. Then it appeared as though his best days were behind him last season when he ran for just 663 for the New York Jets.

Making matters worse, Johnson and another man were wounded in March when shots were fired into the van he was in. The 30-year-old, who still has a bullet in his shoulder, believes he would have been killed had he not bent over to look at a text at that moment.

Johnson said he couldn't move his arm for a while and thought about quitting before the Cardinals (5-2) took a chance by picking him up on a one-year deal in August. They've been reaping the benefits ever since Johnson took over for injured starter Andre Ellington in Week 2.

After finishing with 122 and a touchdown in Monday's 26-18 home win over Baltimore, Johnson is second to Atlanta's Devonta Freeman (621) with 567 rushing yards. He also leads the NFL among backs with at least 80 attempts at 5.1 yards per carry.

"He's still got it, I'll tell you that," quarterback Carson Palmer said. "Every defense we've lined up against knows when he's in the backfield and when he's not. Just a great player. For a while, he was one of the most dominant players in the NFL, and he can still dominate a game like he did."

Johnson's emergence has helped bring balance to an Arizona offense that ranks sixth in the league with 281.3 passing yards per game. Palmer is tied with Tom Brady for the NFL lead with 16 touchdowns and ranks fourth with a 108.9 passer rating.

Larry Fitzgerald sits in the top five in 46 catches and 622 receiving yards, while John Brown is among the top 15 with 37 and 562. Pro Bowl cornerback Joe Haden passed the league's concussion protocol and was cleared to practice, but it's still possible he could miss a third straight game. Safety Tashaun Gipson, out since Week 4 with an ankle injury, was also set to return to practice.

The Browns (2-5), who hope to avoid their third straight defeat, have surrendered 24 points or more in six of their seven games and have forced one or no turnovers five times.

"You put so much in it week by week. You have a really good game plan and then going out and not finishing, it's disappointing," safety Donte Whitner said. "We have to get more turnovers."

Josh McCown had thrown for an average of 384.7 yards with six touchdowns and one interception over a three-game stretch before totaling 483 while turning the ball over five times in his past two. The former Cardinal is expected to start despite injuring his right shoulder against the Rams.

"That's a credit to his toughness, his resolve," coach Mike Pettine said of McCown, who was sacked four times and took several other hard hits. "But we have to know that we have to protect this guy. You can't have your quarterback go through a game like that."

Backup Johnny Manziel is being investigated as to whether he violated the NFL's personal-conduct policy when he was involved in an argument while driving with his girlfriend on Oct. 12.

Wide receiver Travis Benjamin has 35 catches for 575 yards and four touchdowns, and tight end Gary Barnidge has 33 receptions for 514 yards and five scores as the team's top targets. Wideout Andrew Hawkins, however, is likely out after sustaining a concussion last weekend, which could leave the door open for the little-used Dwayne Bowe to see some time.

The Browns are facing an Arizona defense that ranks seventh at 223.7 passing yards allowed per game, leads the NFL with 14 interceptions and has returned three for scores. Cornerback Jerraud Powers, though, could be out until after the bye week due to a hamstring injury.